It has really been hot here with no rain so watering every day is a must.  Some of the container plants are showing stress as are some of the larger perennials and hydrangeas. 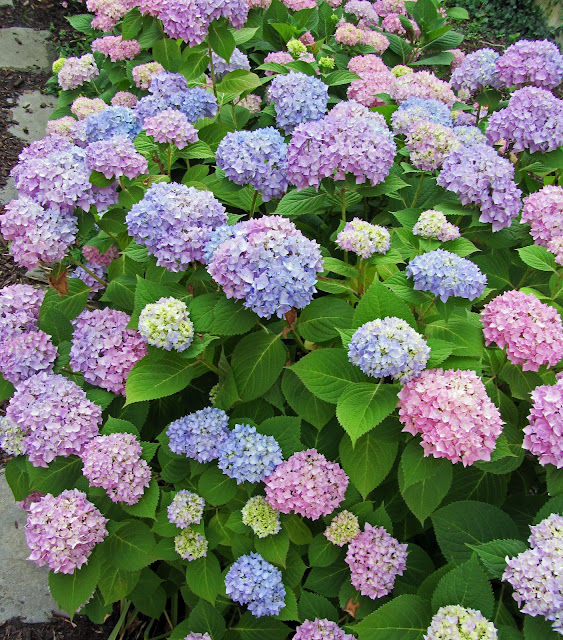 Endless Summer has never looked like this before!  It could be the mild winter, my experiment this year, very little low nitrogen fertilizer and no pruning whatsoever. 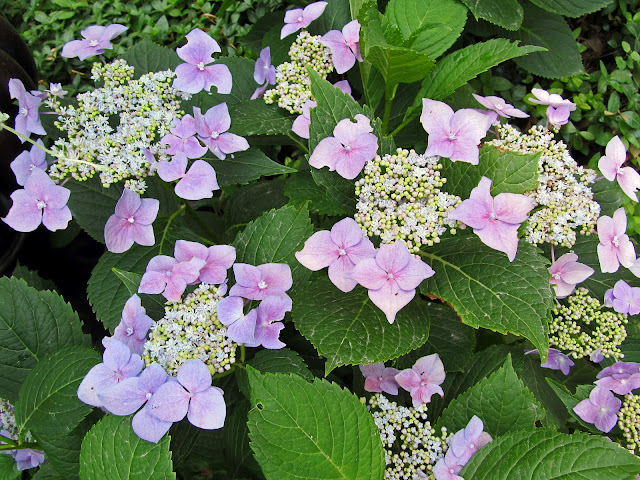 Hydrangea Starlight Let's Dance
This is a smaller hydrangea two to three feet, suffered some frostbite this spring but looks pretty good. 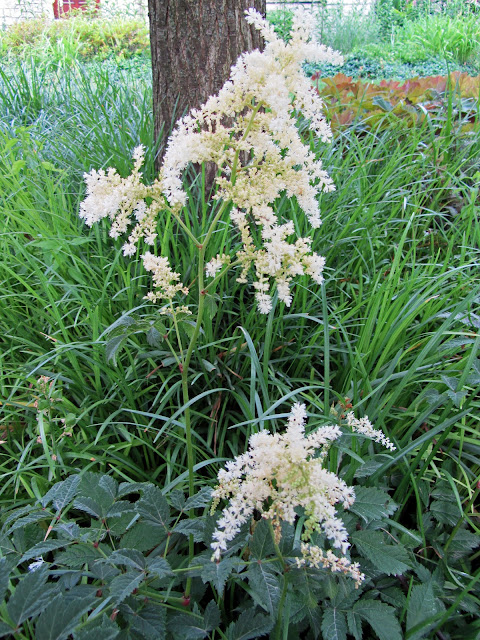 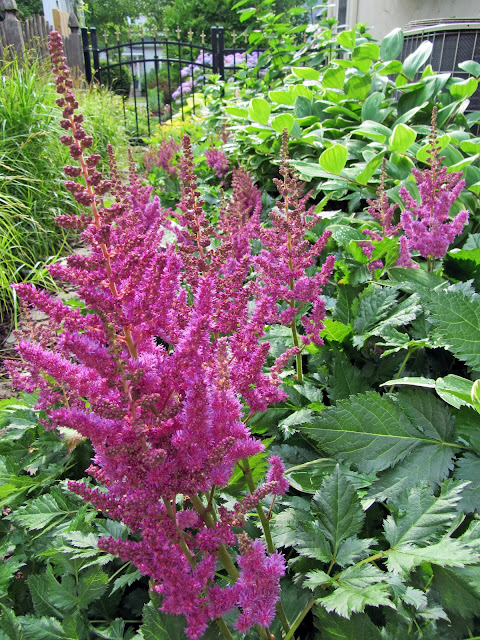 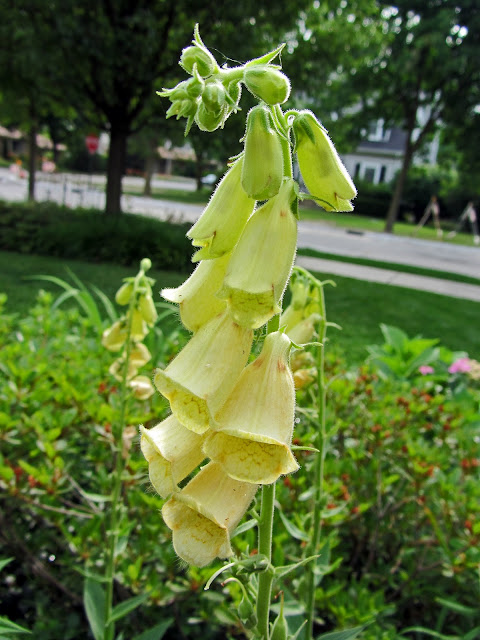 Foxglove Grandiflora
This is a perennial foxglove not a biennial. 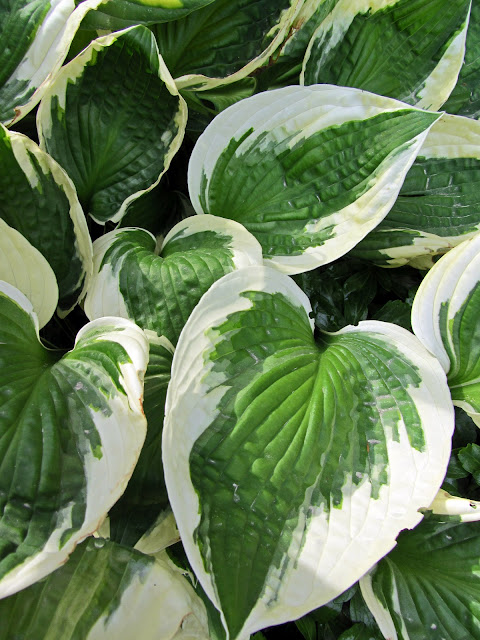 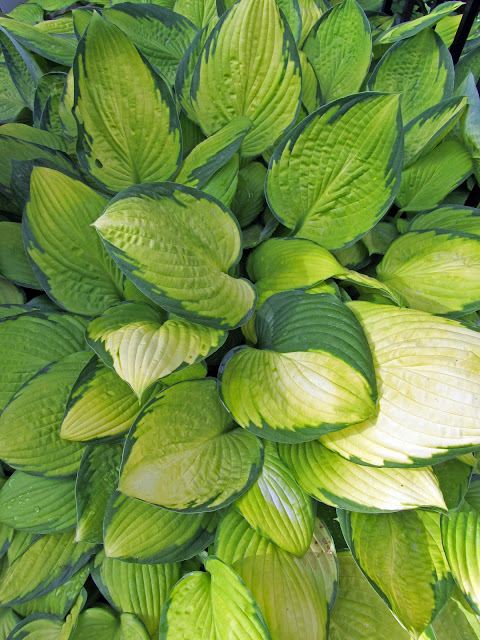 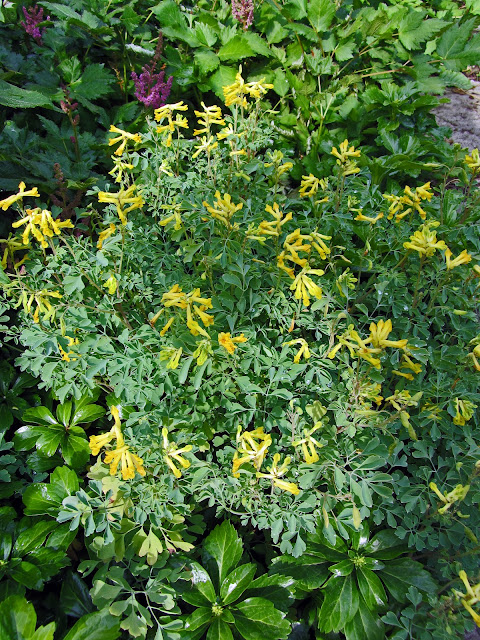 Cordyalis
Reseeds everywhere but very easy to pull out and blooms until frost. 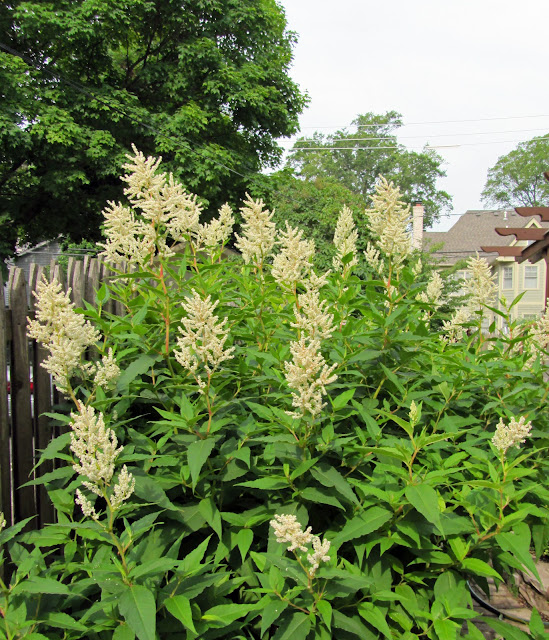 Persicaria Polymorpha
The supports are invisible and so far the plant seems pretty stable, but we have not had a big storm at this point. 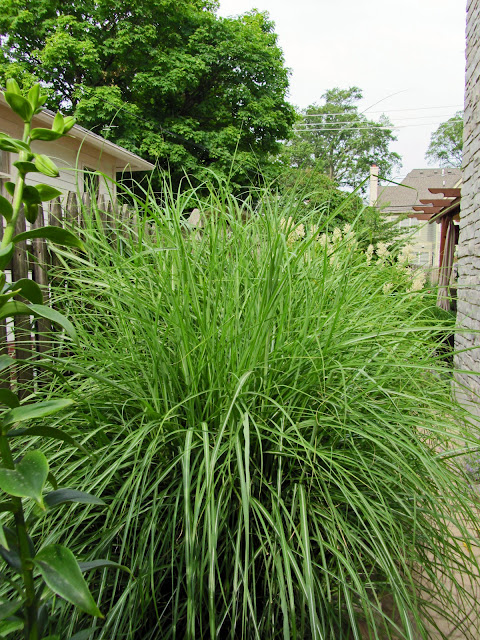 Miscanthus Udine
The supports are invisible, really has helped keep it from flopping onto the pathway. 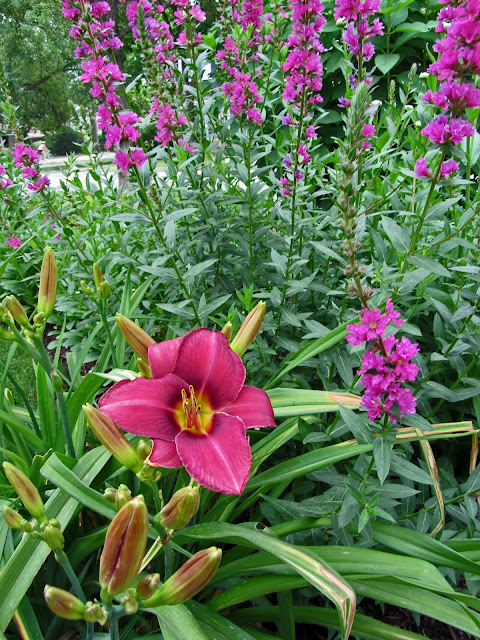 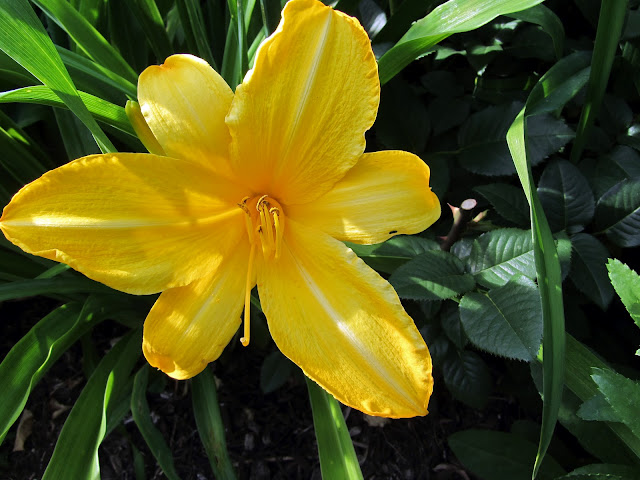 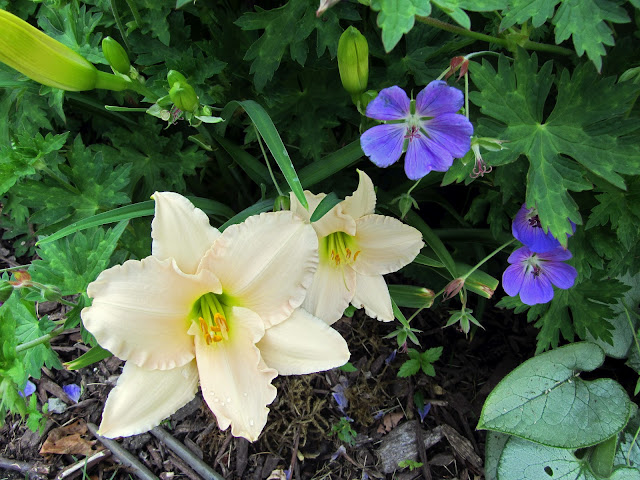 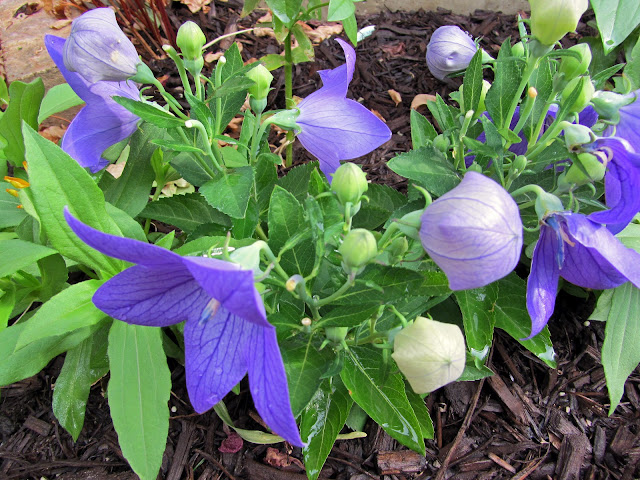 Campanula
I transplanted most of these to another location and this one unexpectedly remained.  It survived, the others didn't, they don't like to be moved! 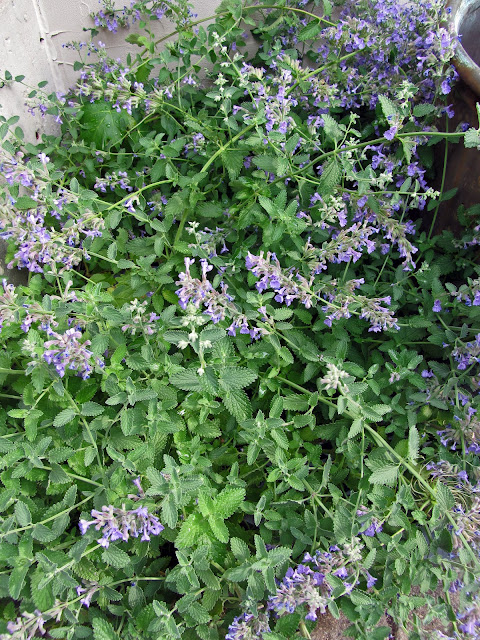 Nepeta Six Hills Giant
Very wispy and anything but upright, am training it to cover the window wells on the south side. 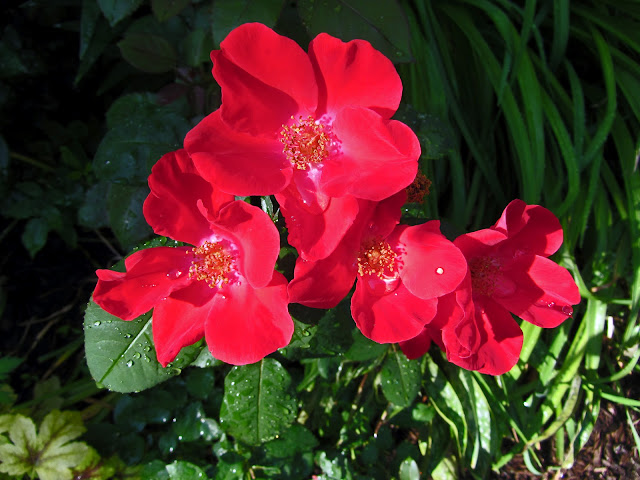 Home Run Red
One of my 4" pots last year just about full grown this year, one of the differences between this and Knockout is the vibrancy of the red color.  These were sent to me by Proven Winners Choice. 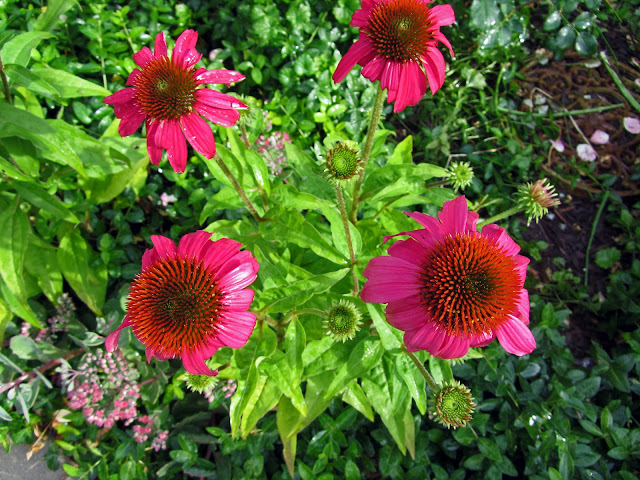 As Allan Armitage said if he had one coneflower to choose it would be Kim's Knee High!  This is Kim's Knee High Red, beautiful deep magenta color a much stronger specimen than Pow Wow. 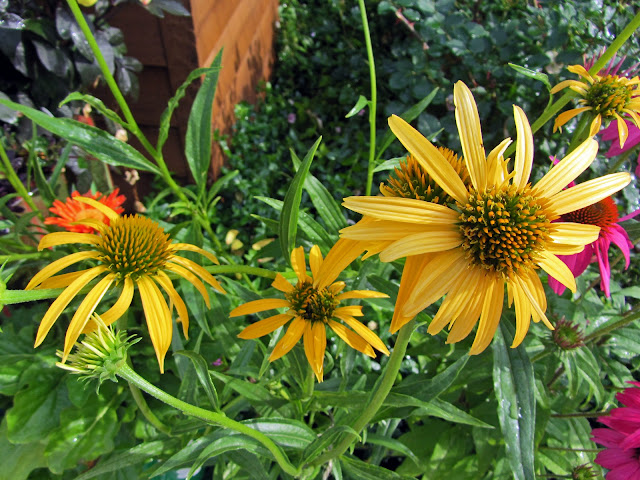 Mango is a strong Meadowbrite much more stable than Art's Pride Meadowbrite. 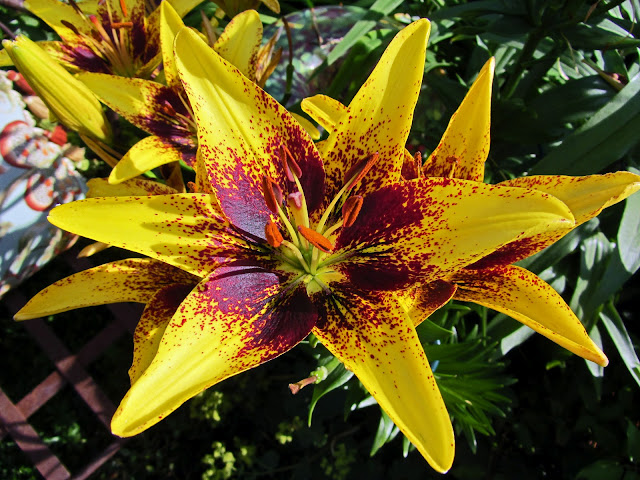 Graffiti
One of the first lilies to bloom and very striking 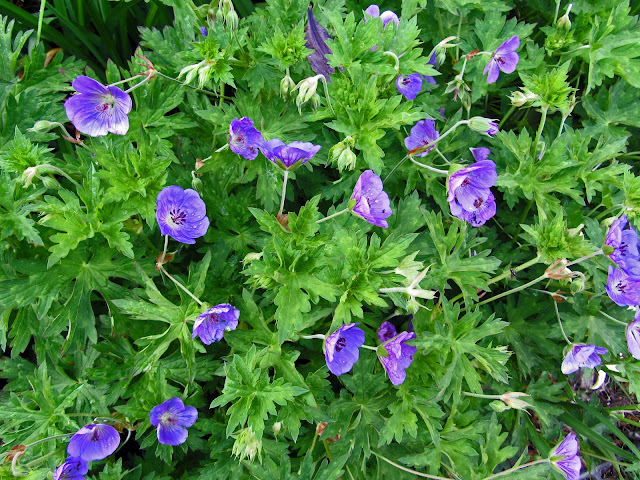 Rozanne Geranium
There is so much to see when you walk around the garden!
Posted by Gatsbys Gardens at Sunday, June 17, 2012 15 comments: Links to this post