I remember covering up my containers in May last year because of a frost warning.  It is hard to believe what the garden looks like this year with trees blooming and leafed out, blooming shrubs and flowers. 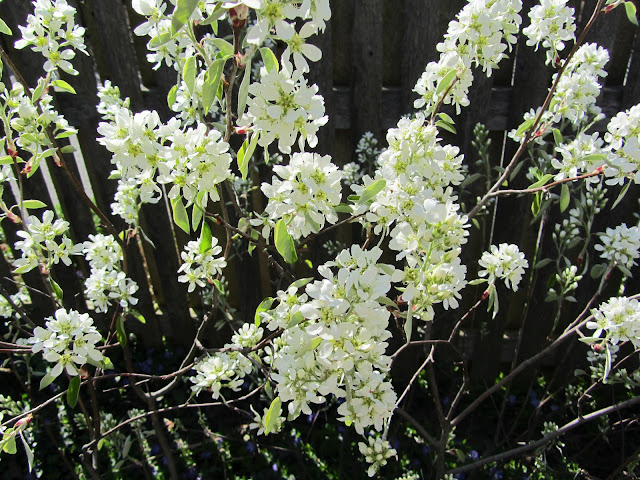 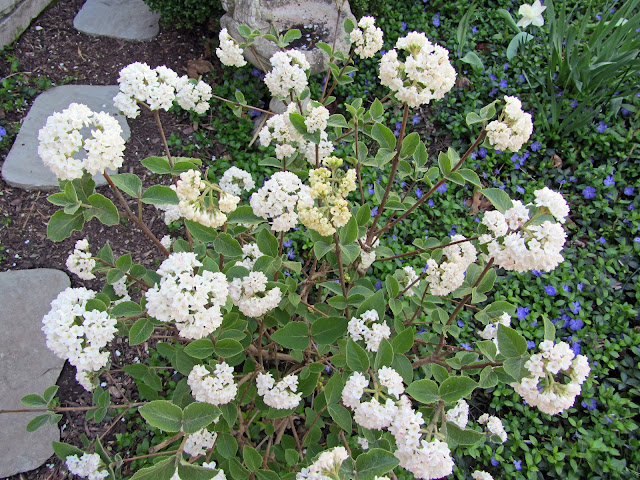 Viburnum Carlesi Compactum
I put this in last spring to replace one that became diseased.
It is difficult to find shrubs for the small garden but lately there seem to be smaller versions of many favorites. 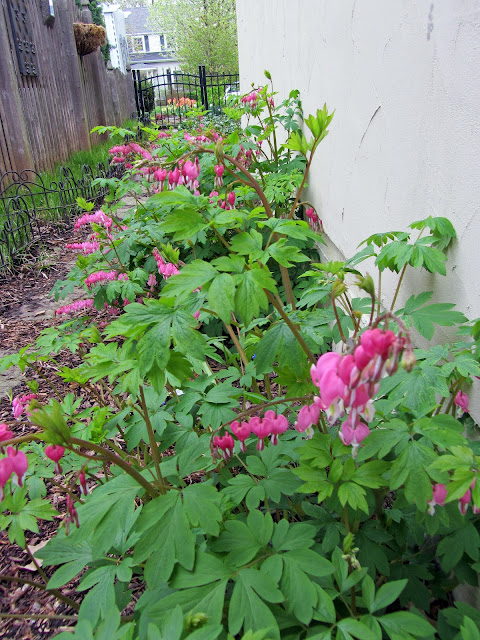 I decided not to use fertilizer on the bleeding hearts or the carex grass this year.  Last year I fertilized and everything went crazy.  I could barely keep up trimming down the grass and the bleeding hearts were almost four feet tall.  They are still big but a more appropriate size for eight year old specimens. 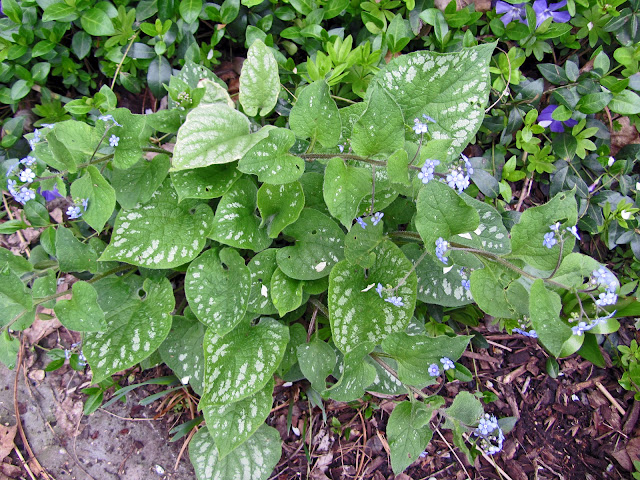 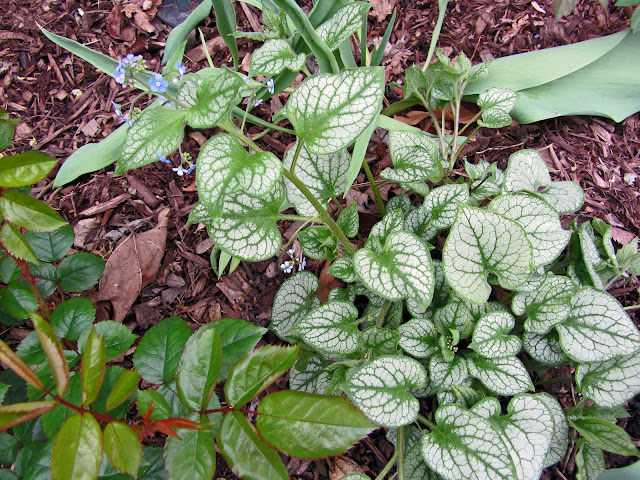 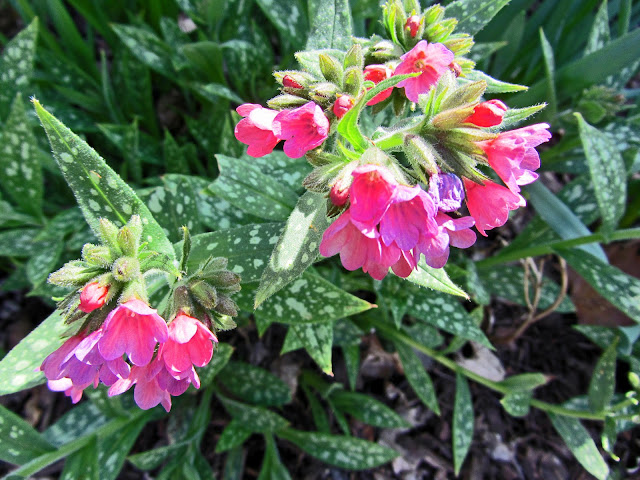 Pulmonaria Raspberry Splash
The leaves of the Brunnera and the Pulmonaria remain showy in the summer border. 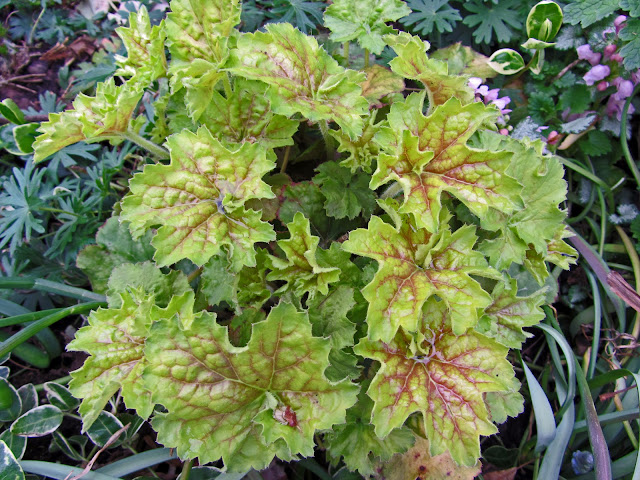 Heuchera Miracle
I purchased this last summer at Home Depot and the picture had the veining but the plant did not.  The new spring growth looks like the photo and this one will take full sun! 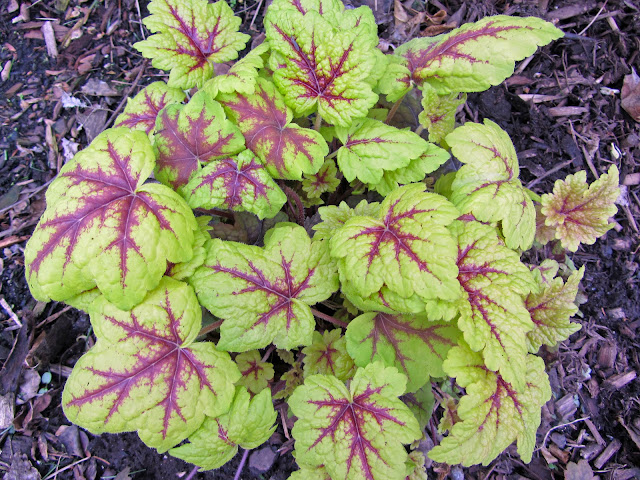 Heucherella Stoplight
The heucherellas (cross between heuchera and tiarella) are much hardier than the tiarellas and the foliage is stunning along with tall feathery blooms into the summer. 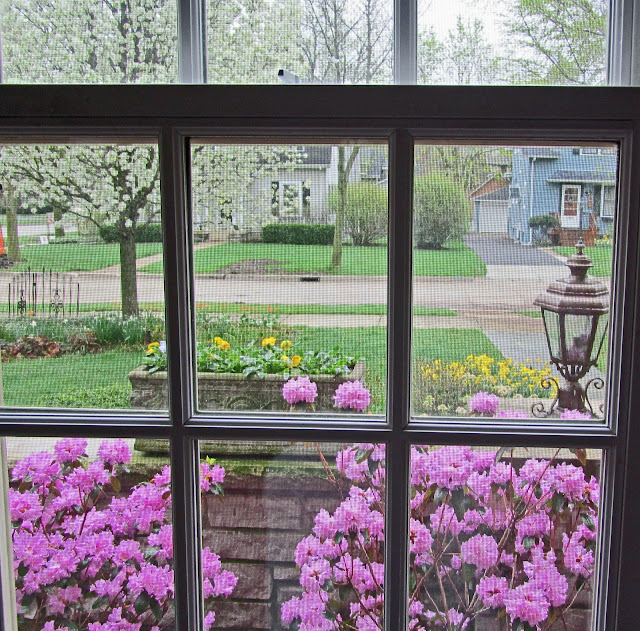 A view is important during all seasons and it doesn't matter if it comes from your garden or your neighbors! 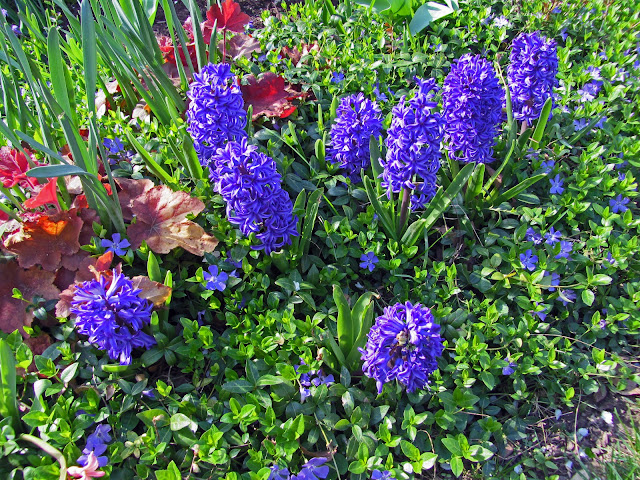 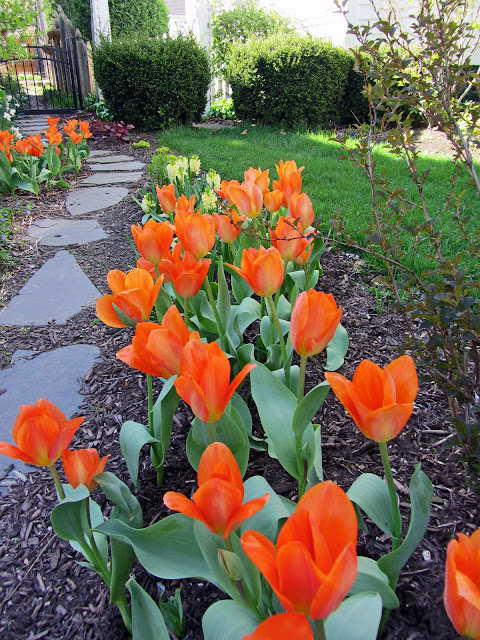