Finally, there is something to show in the garden!  I spent part of a day staining the back arbor, not finished yet, but I thought I had better get going before the clematis began climbing.  It had begun to weather after a few years and definitely needed the stain this year.  I use a semi-permanent Sherwin Williams Oil Base Deckscape stain because it holds up better on those flat horizontal areas that face the sun. 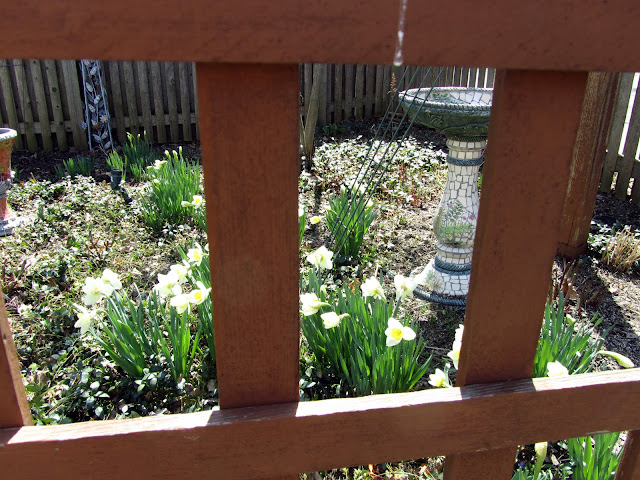 Doesn't look too bad, but there are some weathered areas.  I don't mind weathered, my fence is weathered, but I want some contrast in my garden. 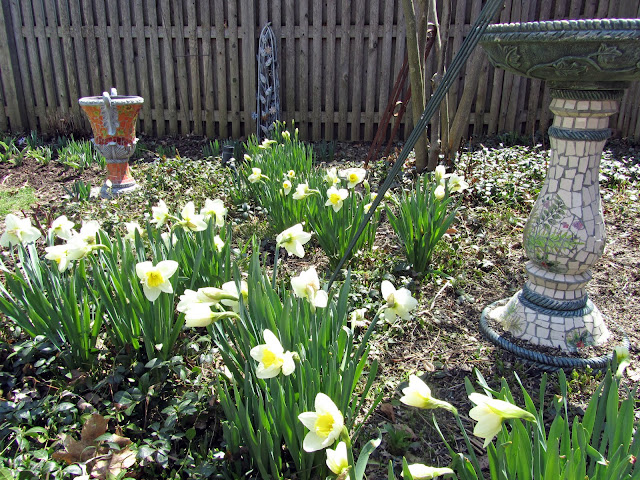 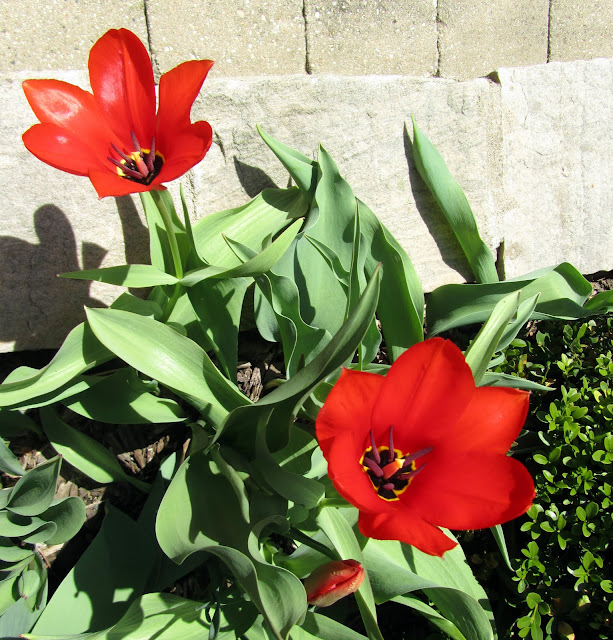 Tulip Red Emperor
Most tulips are annuals in zone 5, but if not grabbed by the squirrels, the Emperors have a good chance of coming back, third year for these. 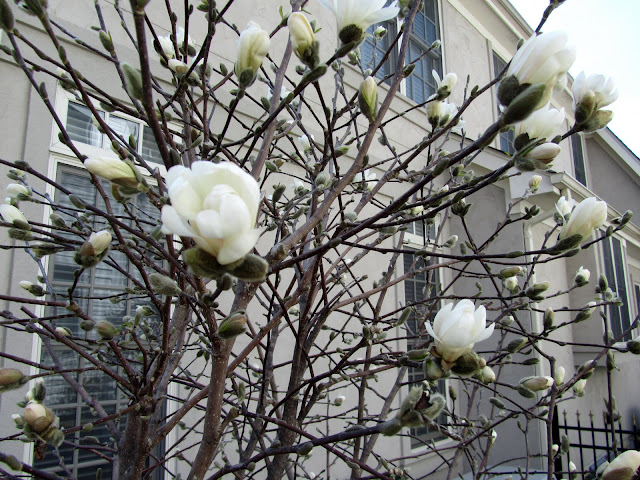 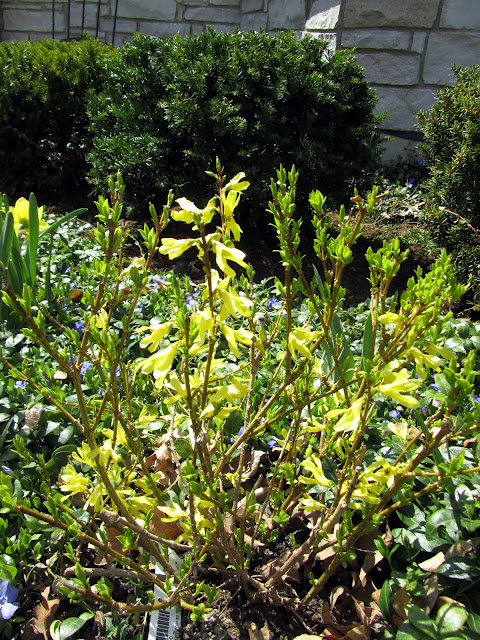 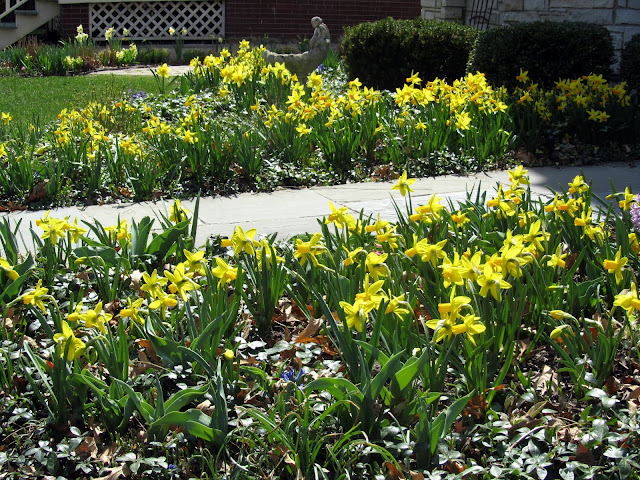 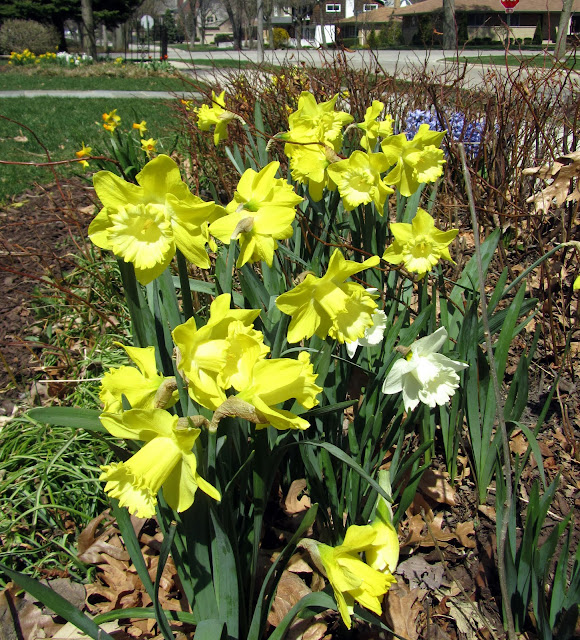 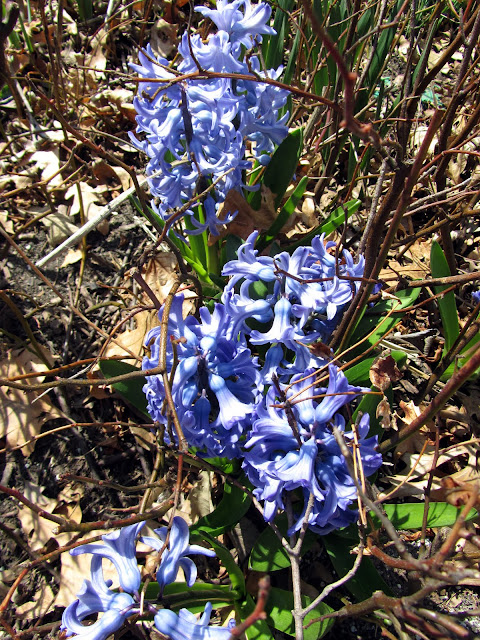 Hyacinth Delft Blue
This hyacinth has not split apart into florets like many do.  It gets plenty of moisture and sun. 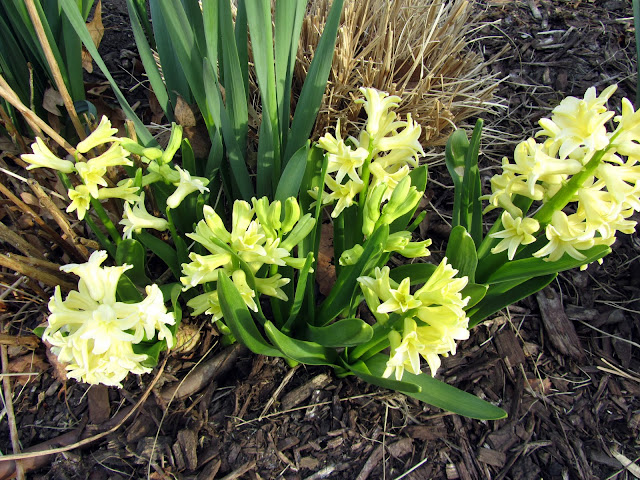 Hyacinth City of Harlem
I am actually glad that this long border grouping of hyacinths split into florets, look less like soldiers.  They are growing in a drier full sun area. 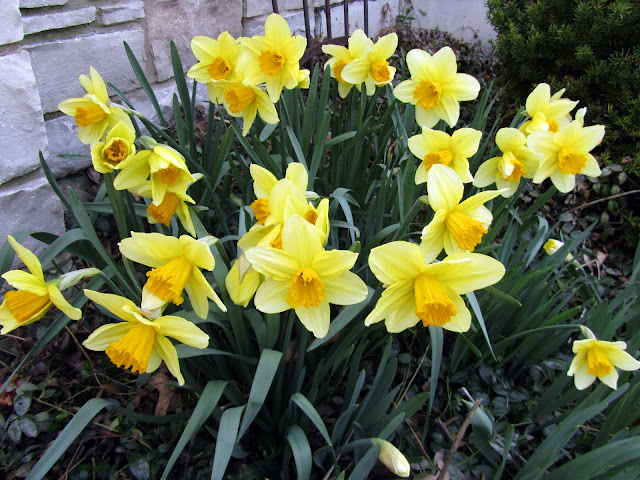 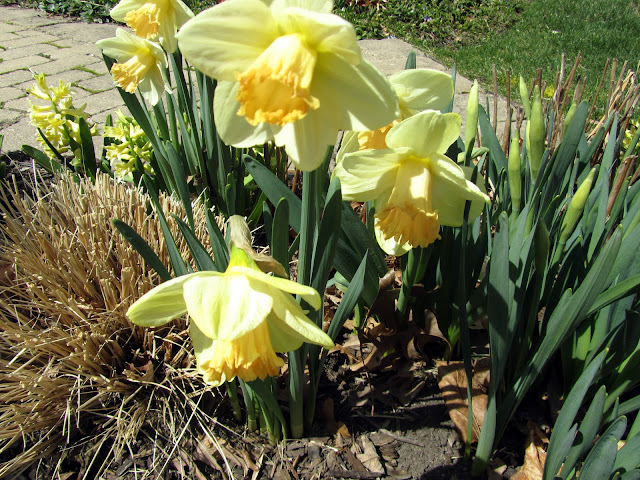 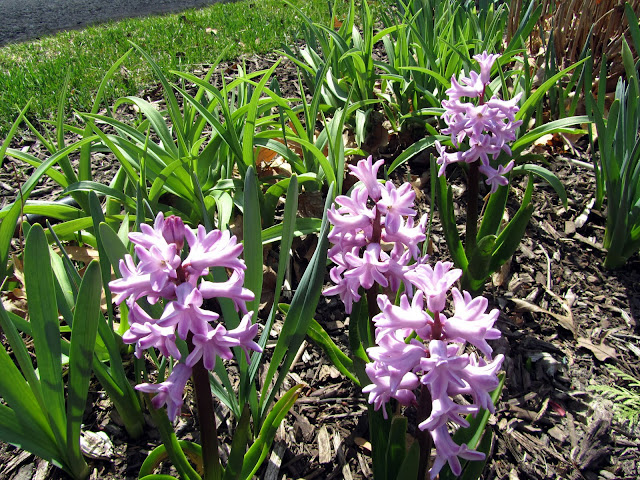 These were the pre-potted hyacinths that many of the big box stores and nurseries display.  After they were done blooming last year in my containers, I planted them in the border.  They are a little smaller than they were originally. 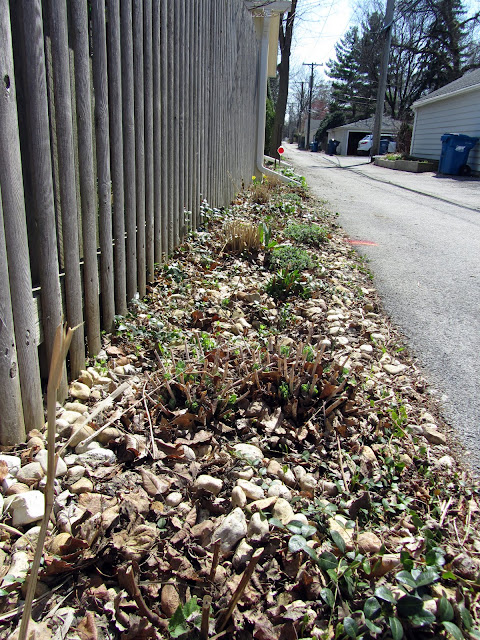 The ﻿Alley Garden
This is the last area I wanted to show you today, bedded in river rock, slower to start but it is beginning.
Posted by Gatsbys Gardens at Friday, April 15, 2011 41 comments: Links to this post