Around The Garden In June

I am having a difficult time actually believing it is June!  There is life in this once frozen garden and I am surprised at how resilient some plants are and disappointed at the demise of others. 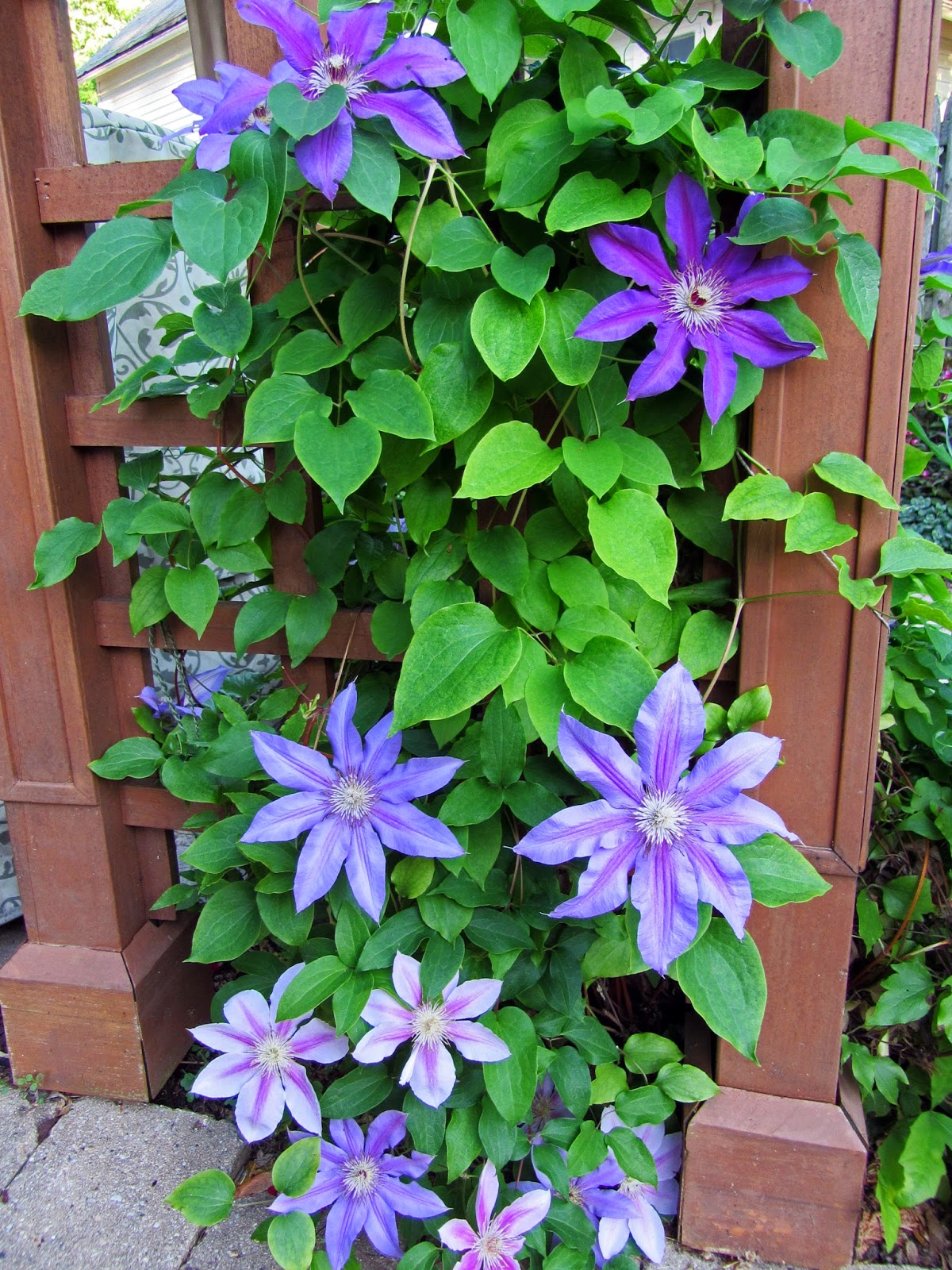 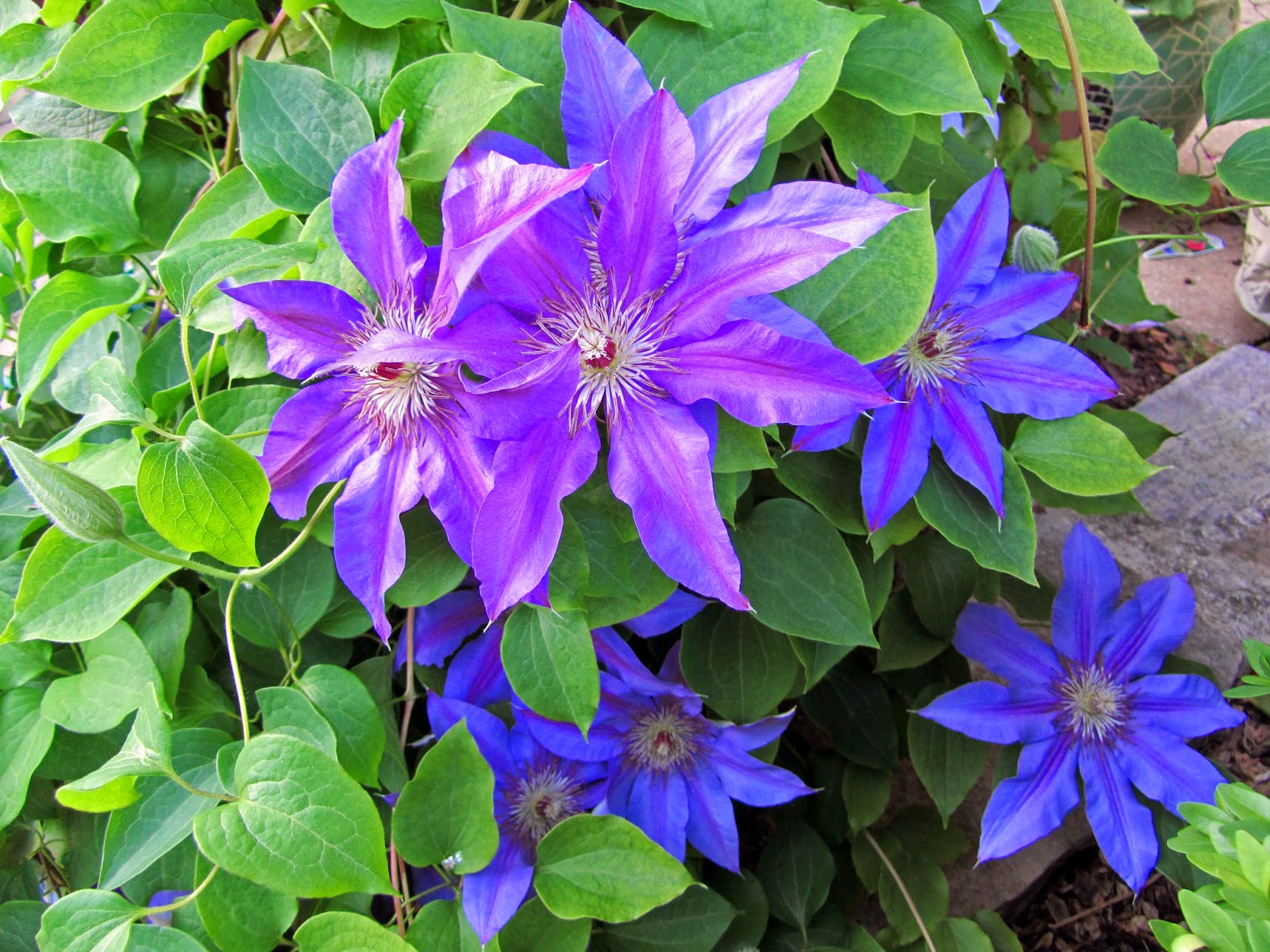 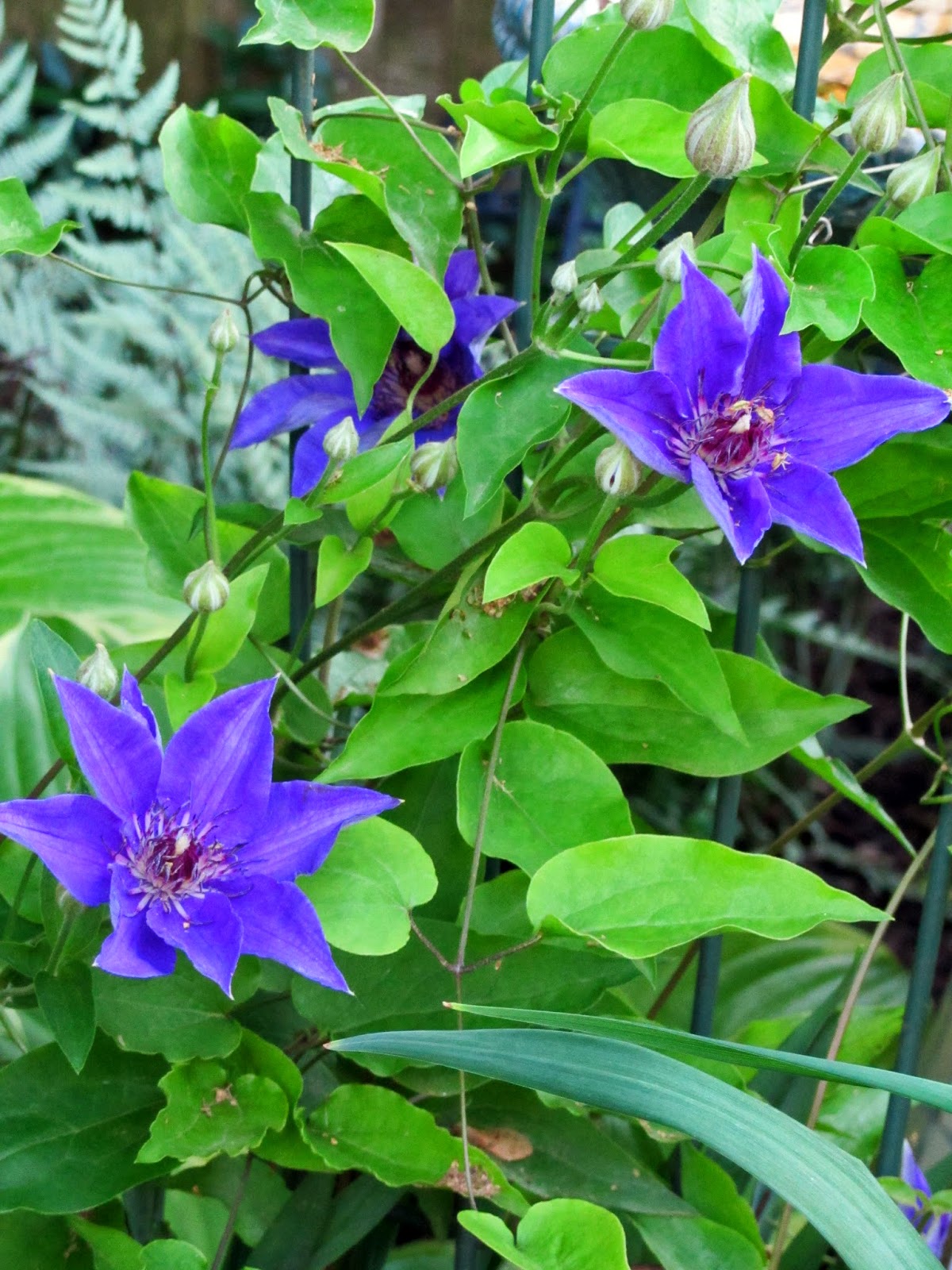 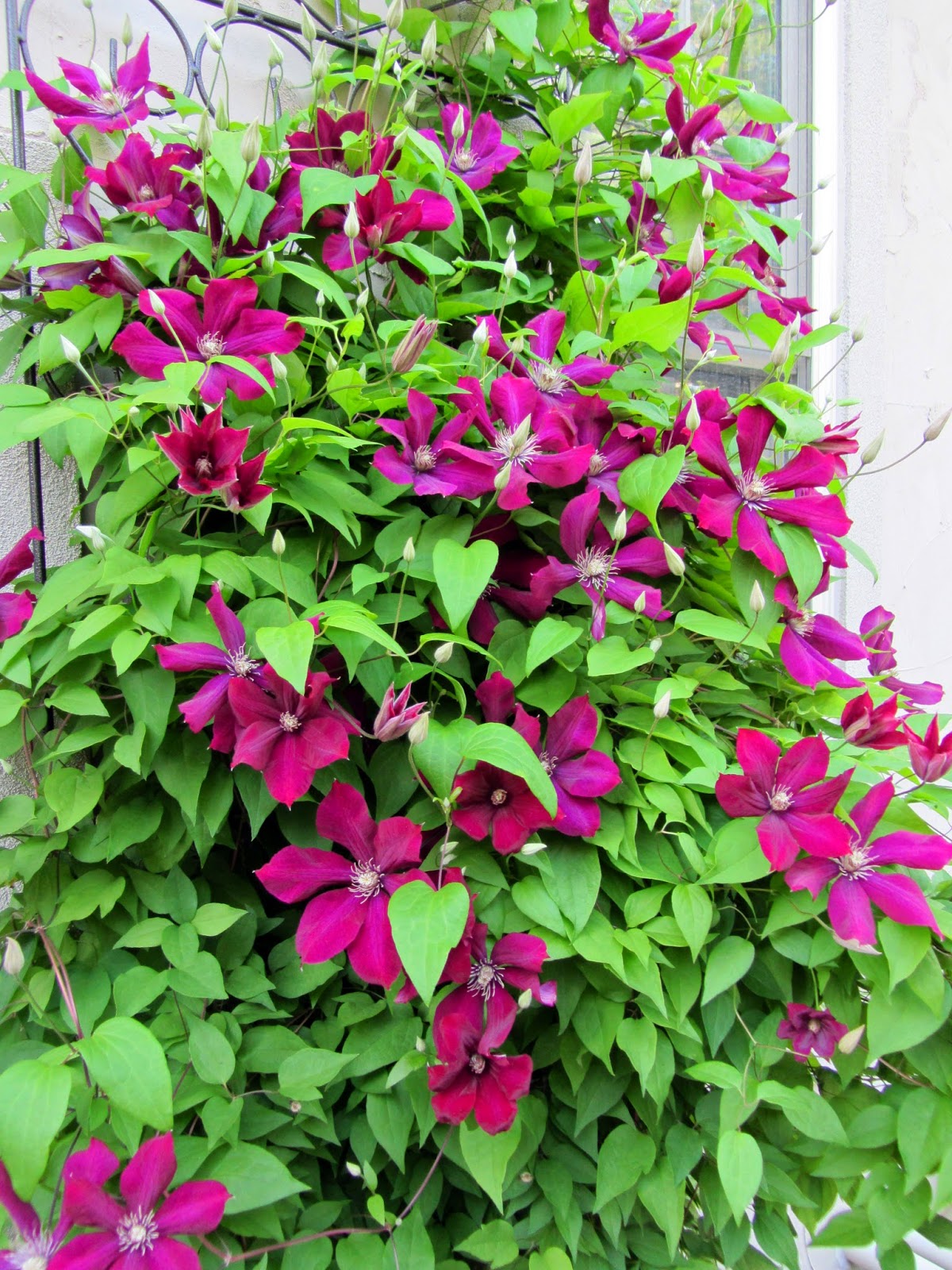 Rouge Cardinal (Type III)
The Type II's are the early bloomers unless they get eaten to the ground by the rabbits as most of mine did (not the one's on the pergola).  They also have the very large blooms which I will miss this year as the blooms will be much smaller as they regrow and bloom. 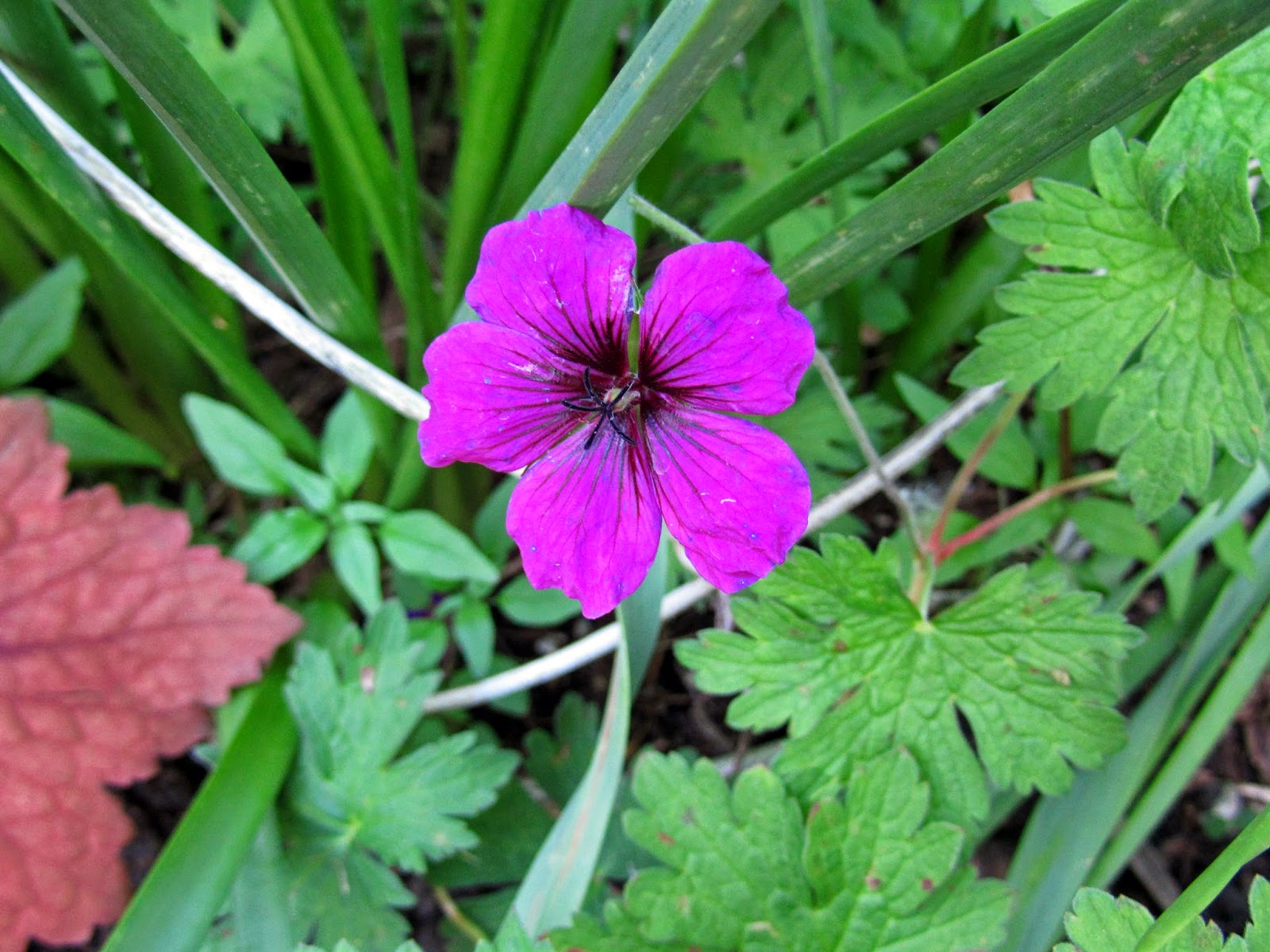 ﻿
Geranium Dragon Heart
This is my new geranium, supposedly going to surpass Rozanne!  We will see, not available in any of my local nurseries, ordered from Garden Crossings in Michigan. 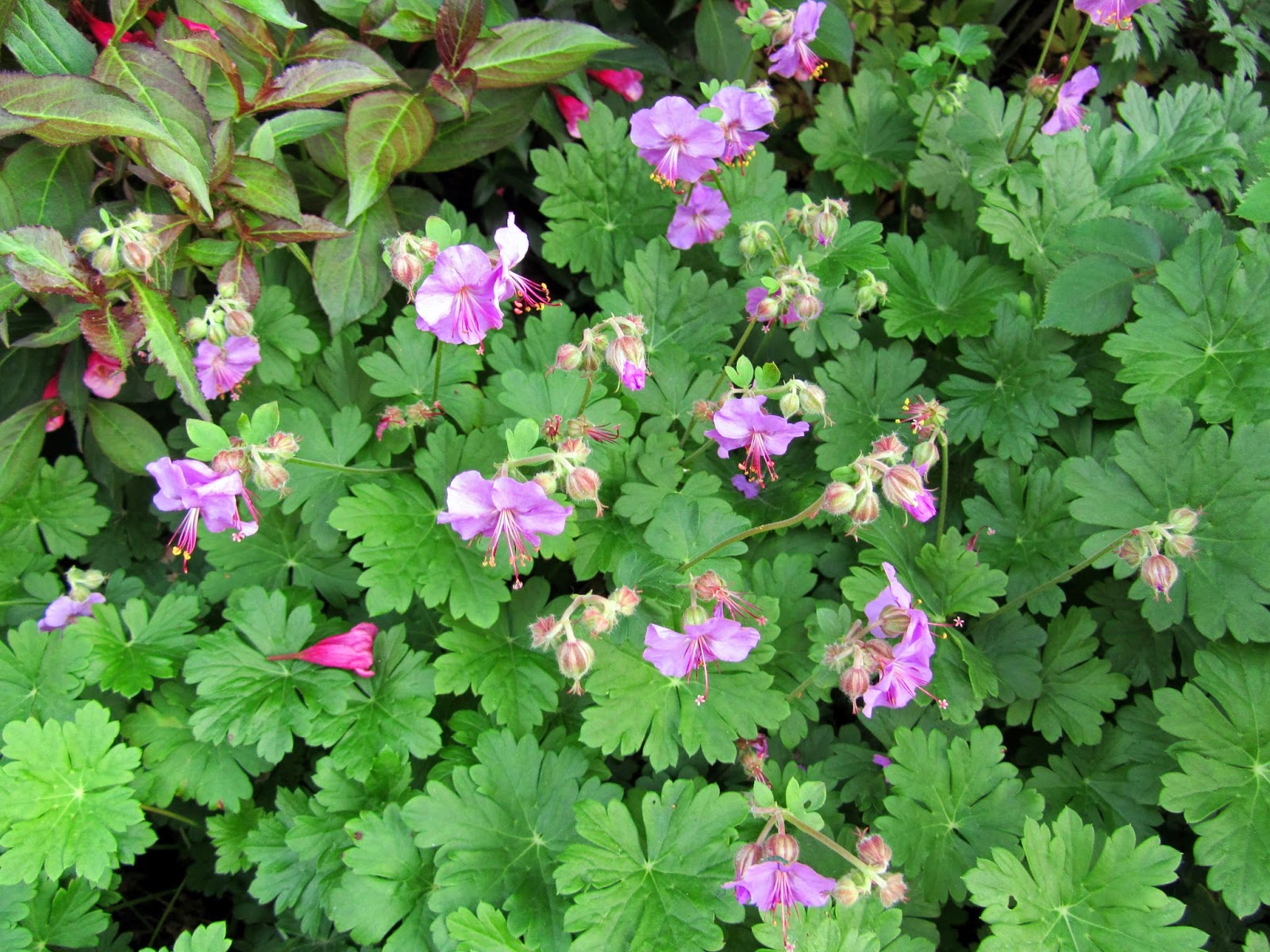 ﻿
Geranium Karmina
I can't seem to get this one going, brought from my last home, and it has never been in full bloom. 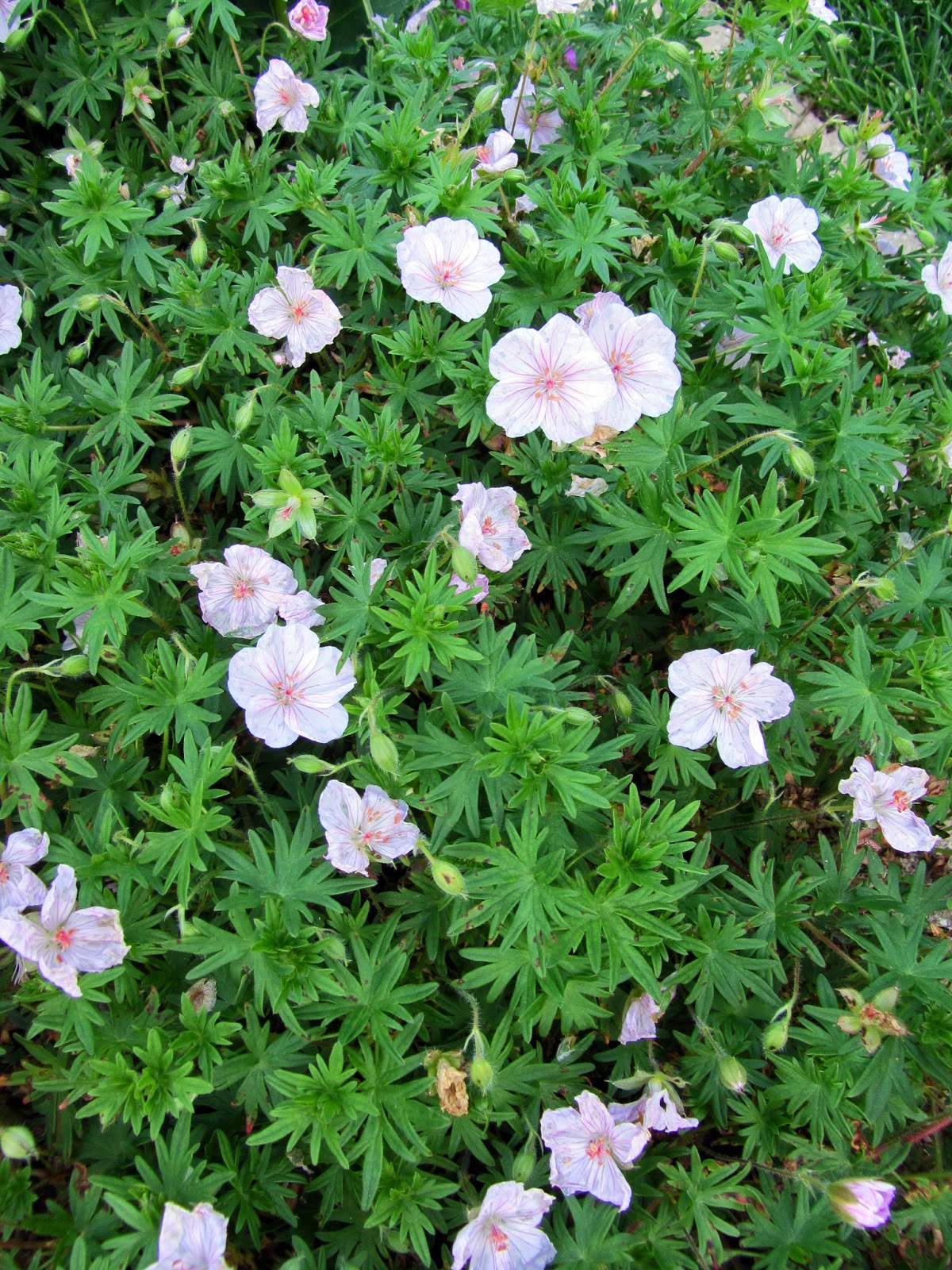 Geranium Lancastrierse Striatum
This geranium will rebloom all summer if deadheaded.  Home Depot had it this year! 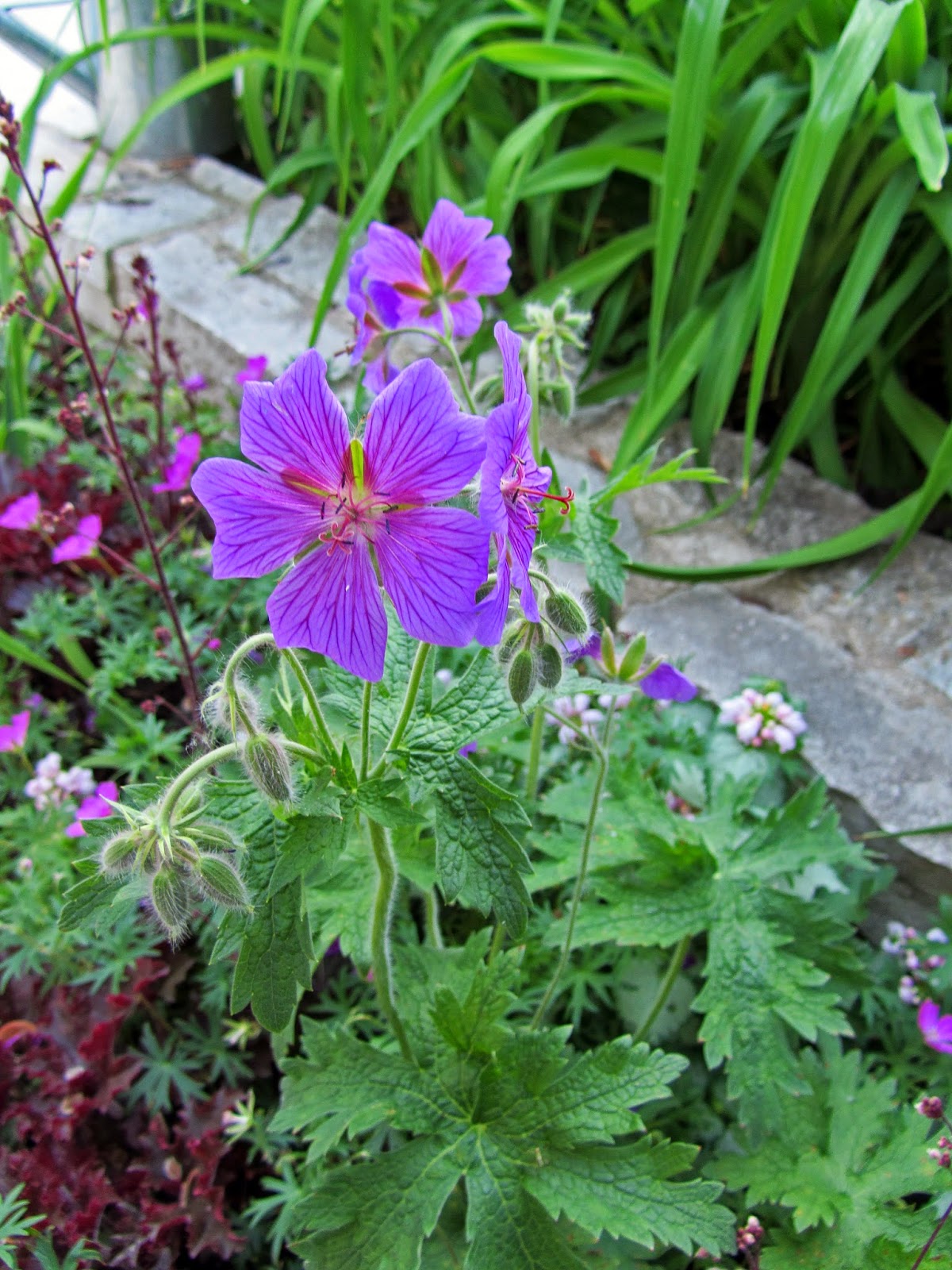 ﻿
Geranium Magnificum
This is a short blooming geranium but well worth growing.  I lost two this winter but the one remaining is blooming it's head off!  I will cut it down to grow new leaves that turn red in the fall. 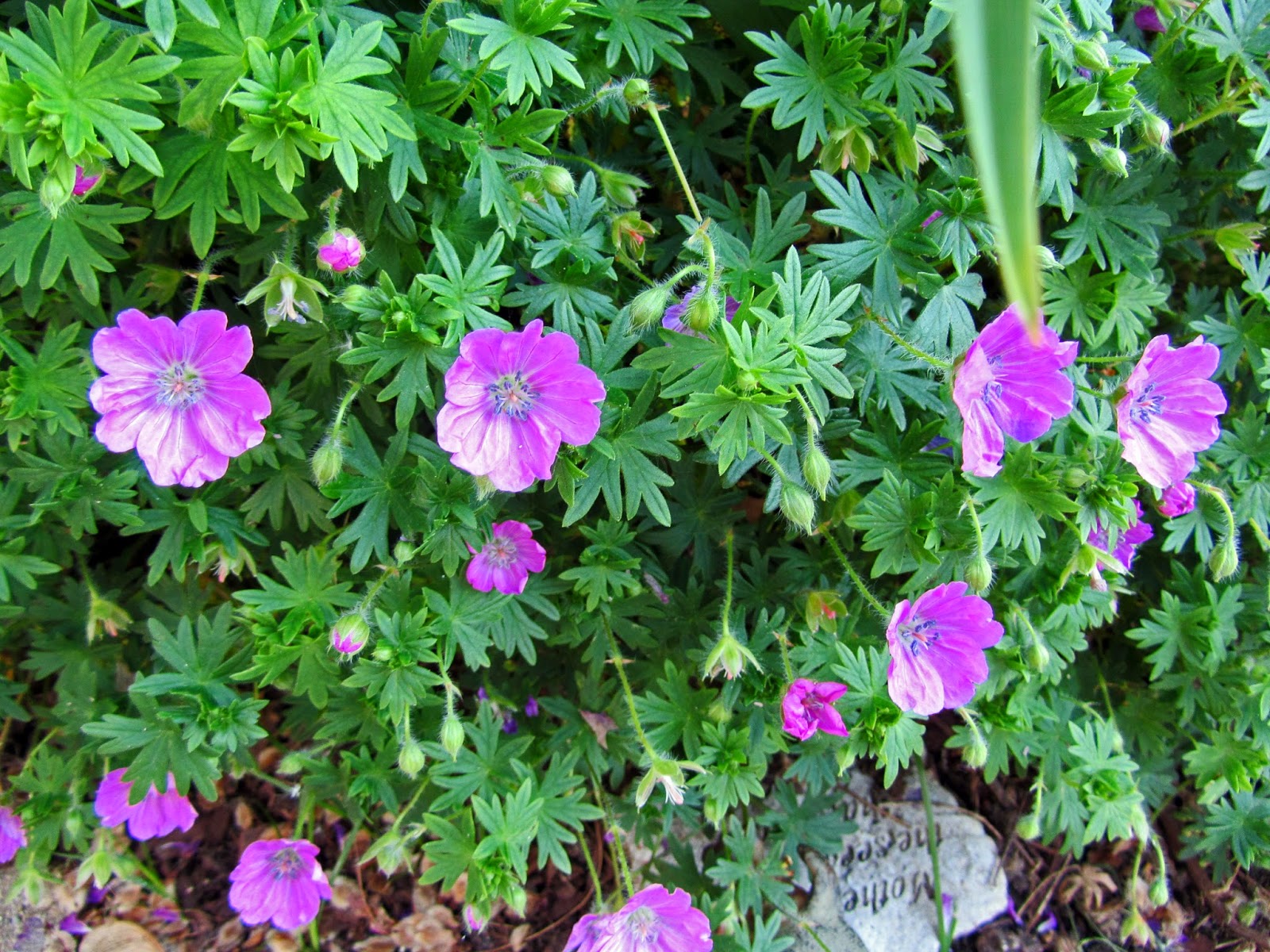 ﻿
Geranium Max Frei
This is another worthwhile geranium, a lower edger, but does not flower for an extended period.  I almost pulled it a couple of years ago until I followed the suggestion to interplant for when the geranium was finished blooming.  I have put in Sunpatiens this year that grow very large and spread horizontally. 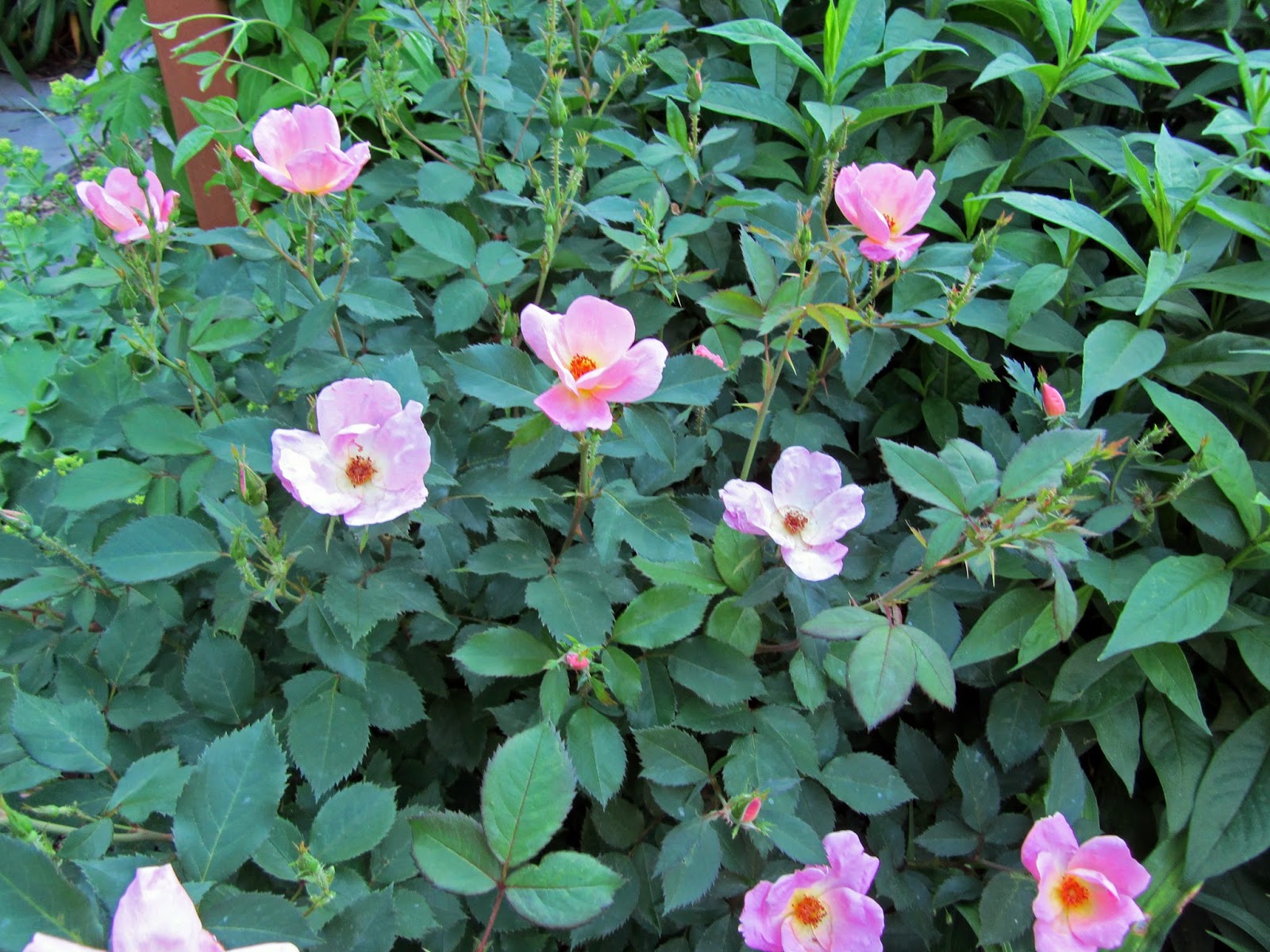 Rainbow Knockout
Rainbow is the earliest bloomer of the Knockouts and they all lived through the winter, lost five other Knockouts including two of the double red. 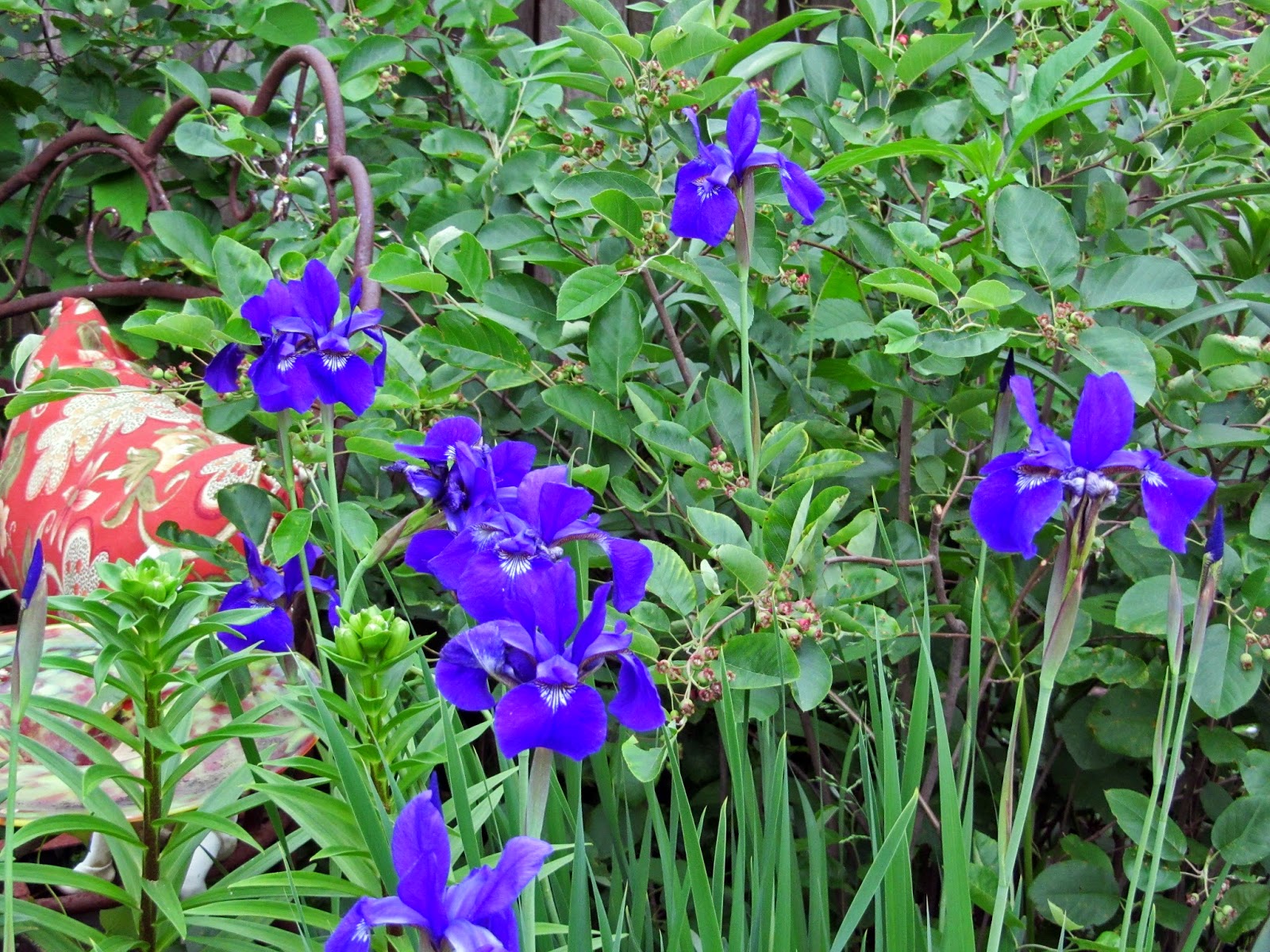 Iris Caesar's Brother
I thought I gave all of this to my daughter-in-law last year but obviously I forgot some.  They are in a great place towards the back of the garden so I will leave them. 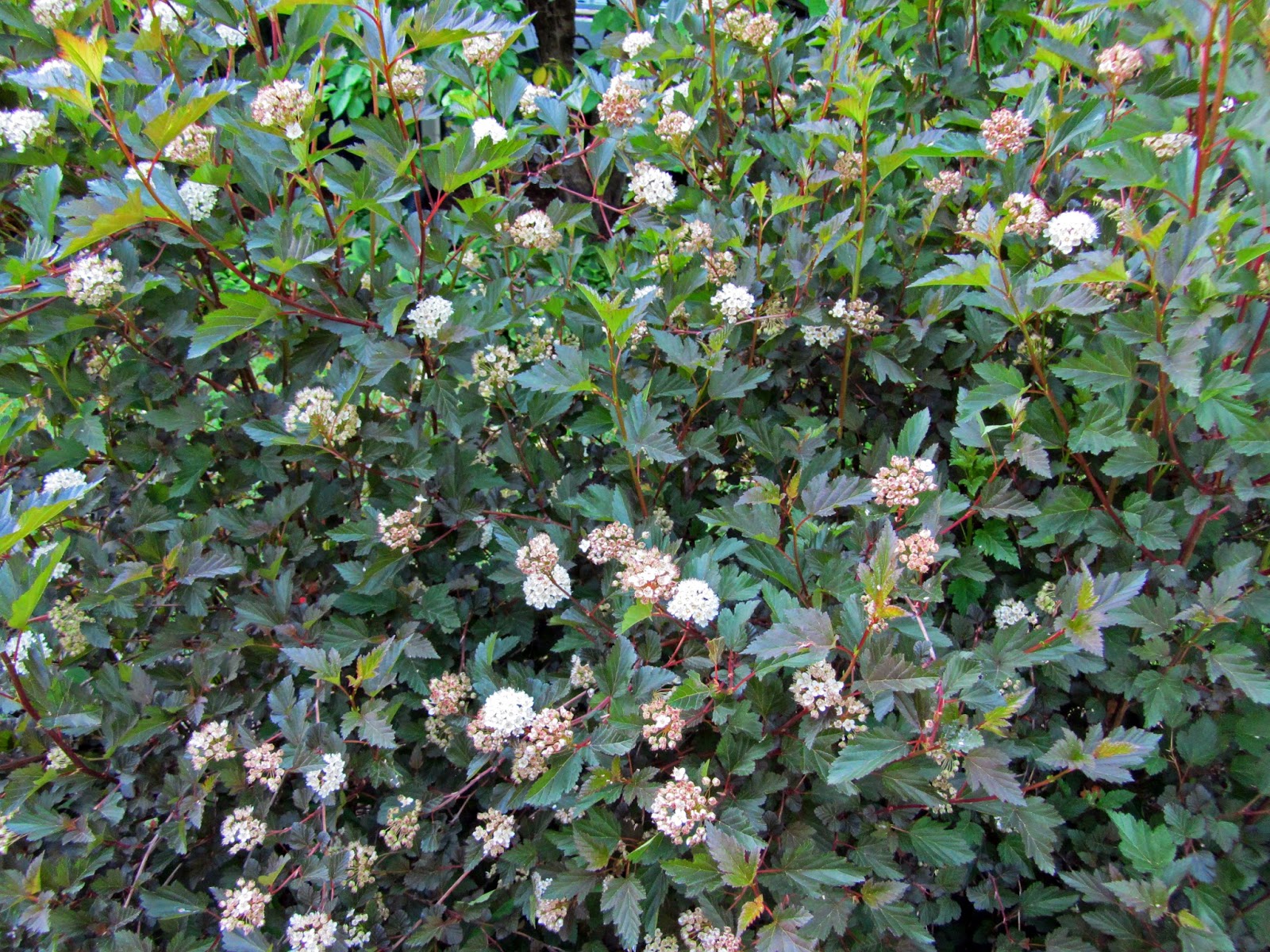 ﻿
Ninebark Summer Wine
This shrub came back strong maybe not quite as many blooms but looks healthy. 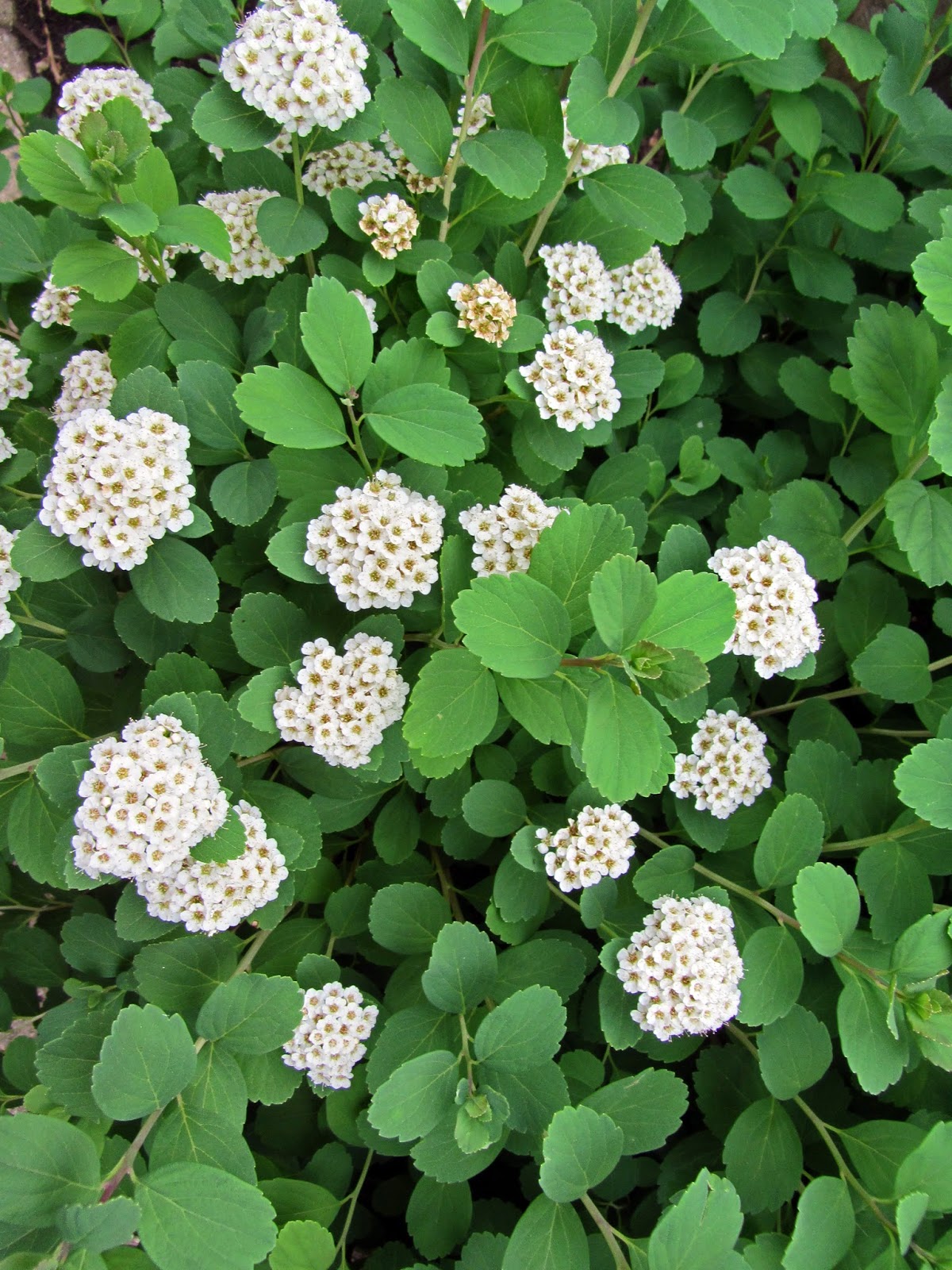 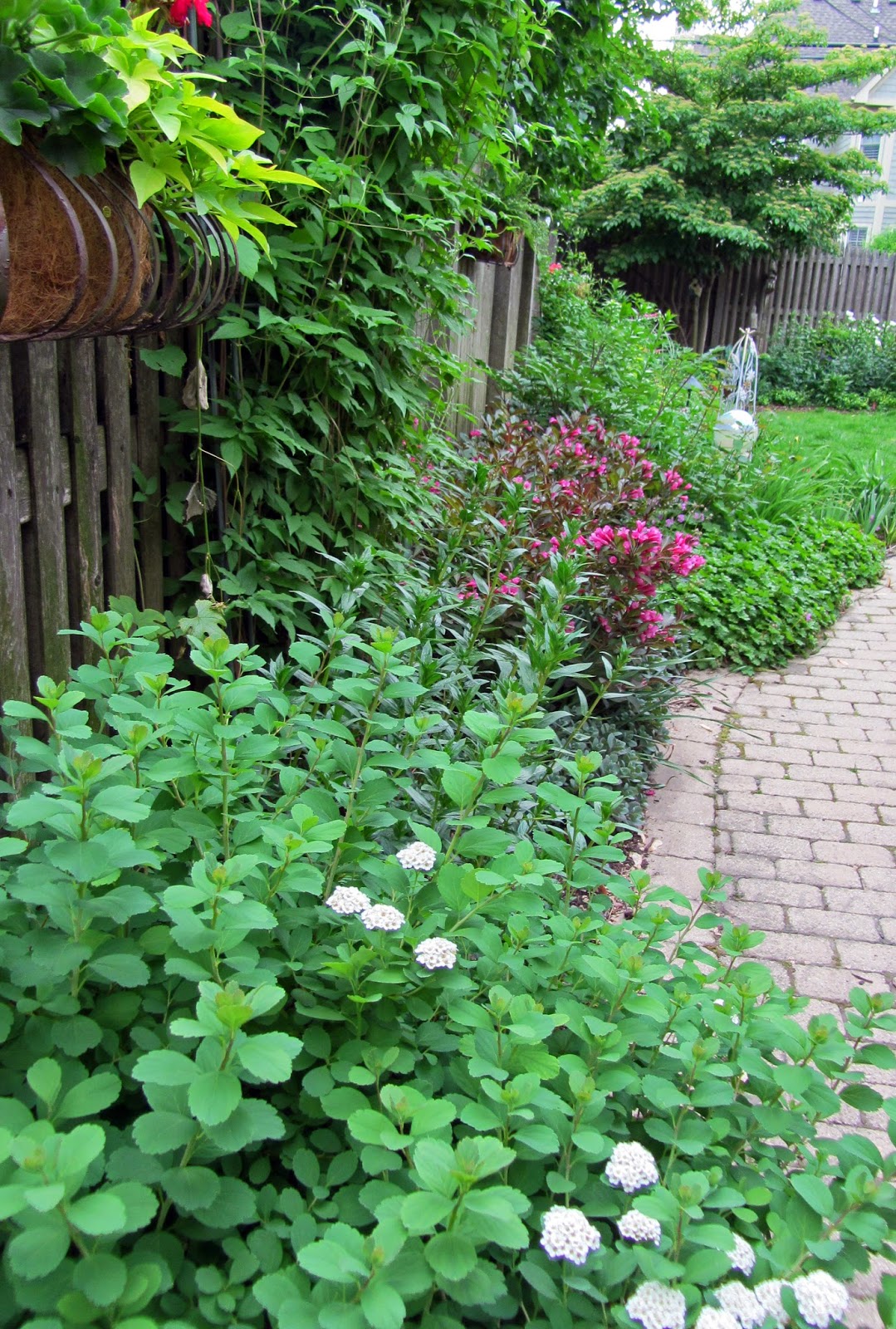 Love the shrubs along this walkway! 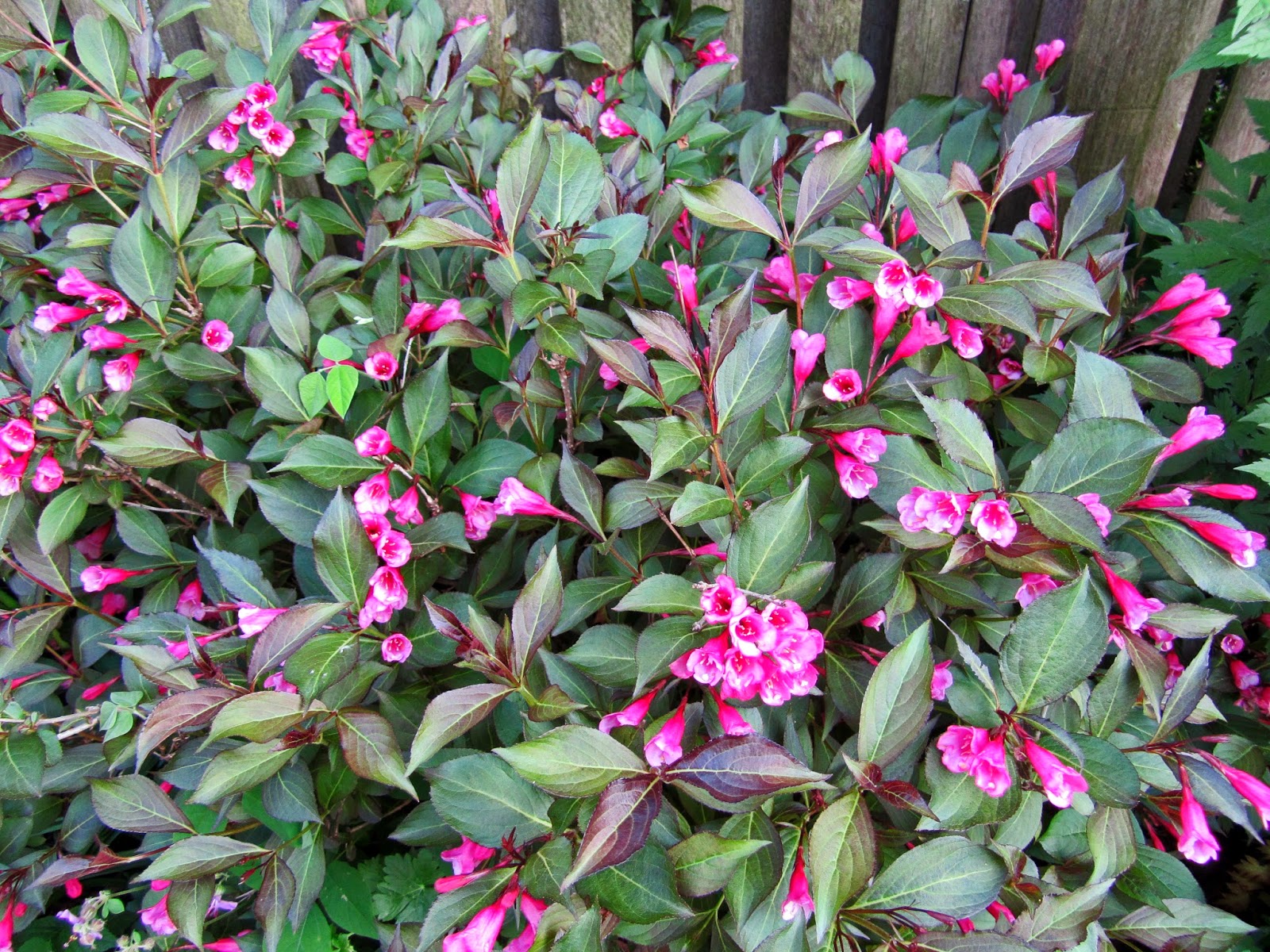 Weigela Wine And Roses
This is a great new introduction, trimmed off winter dieback and it still bloomed like crazy! 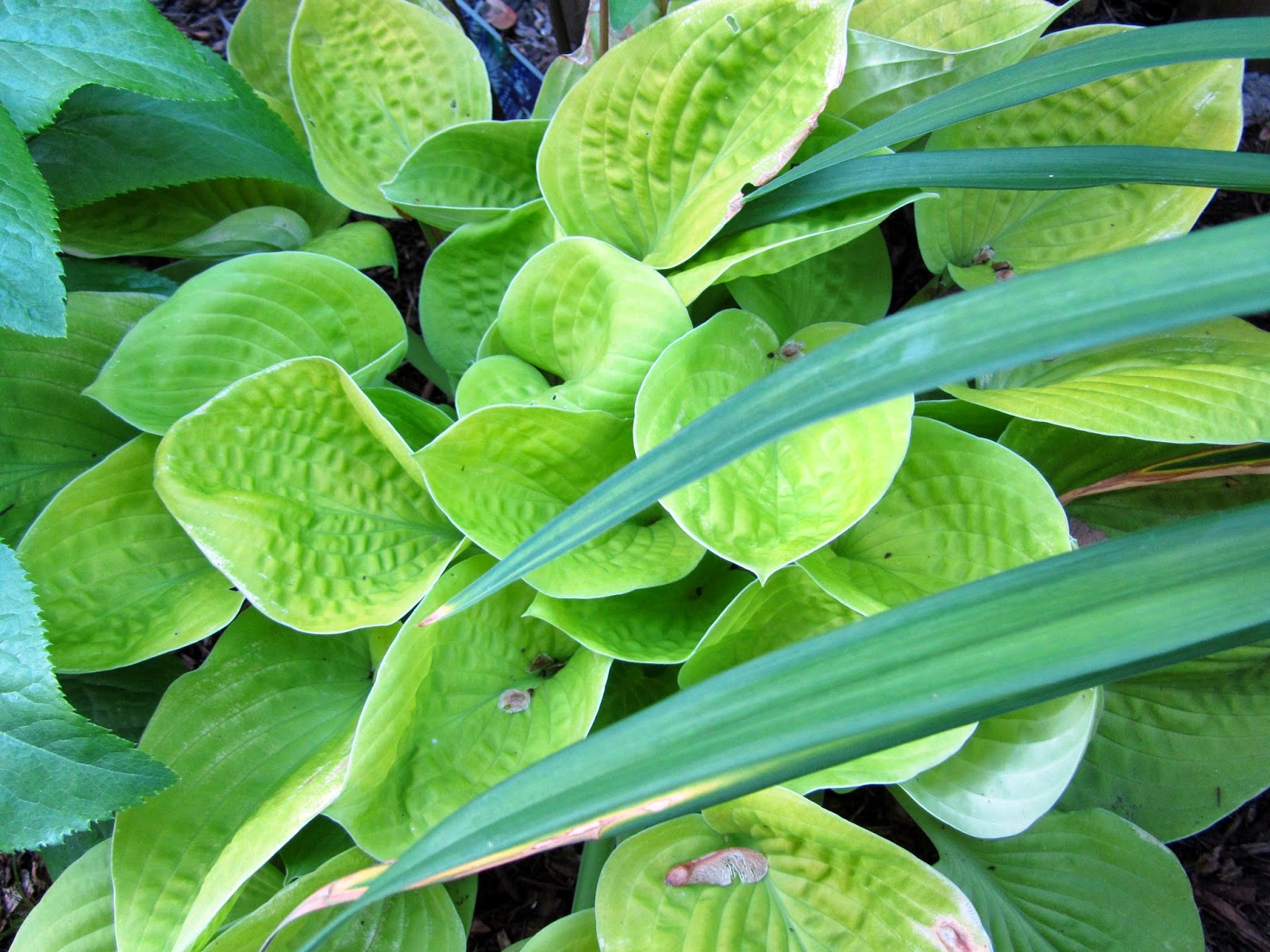 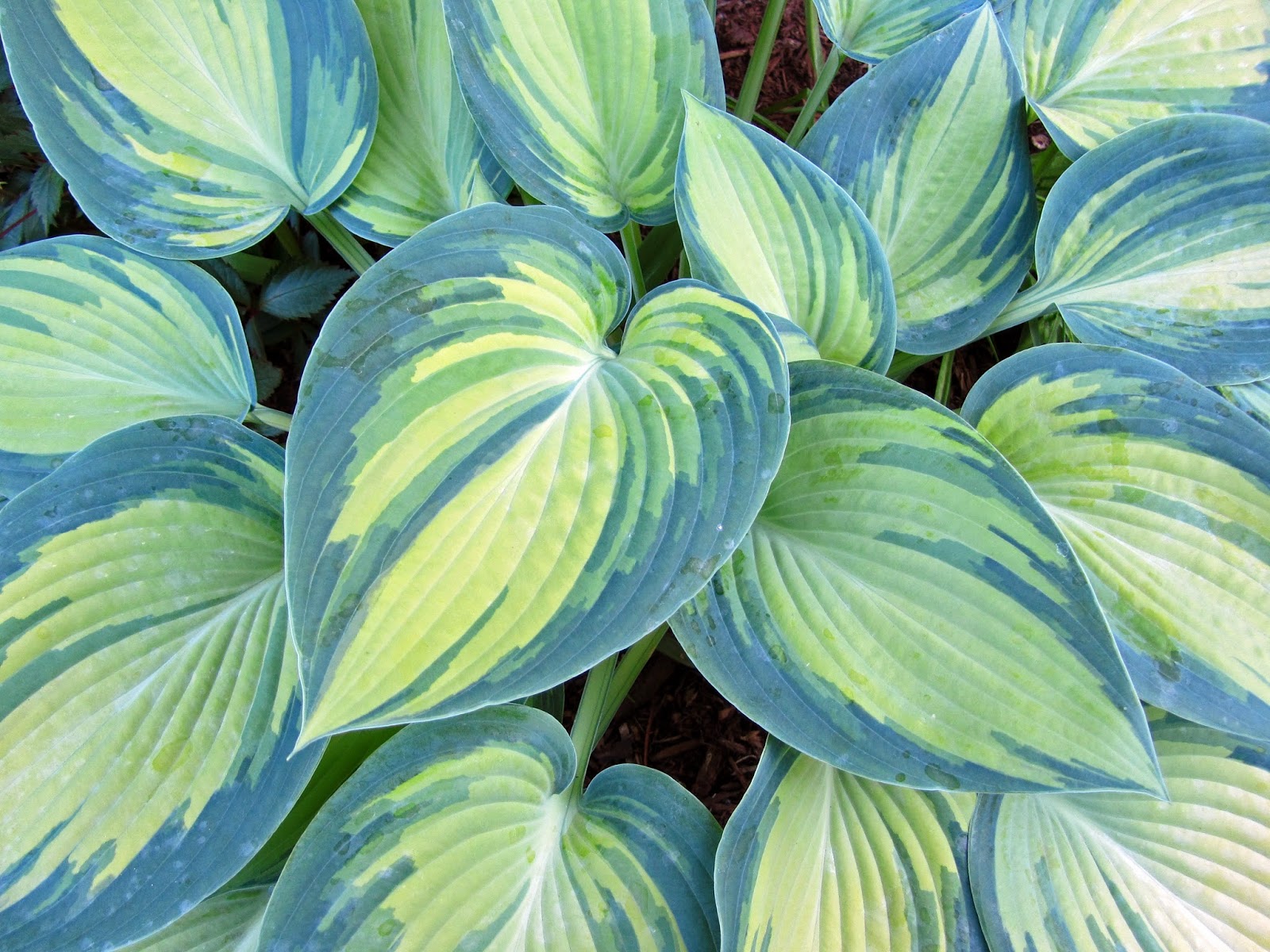 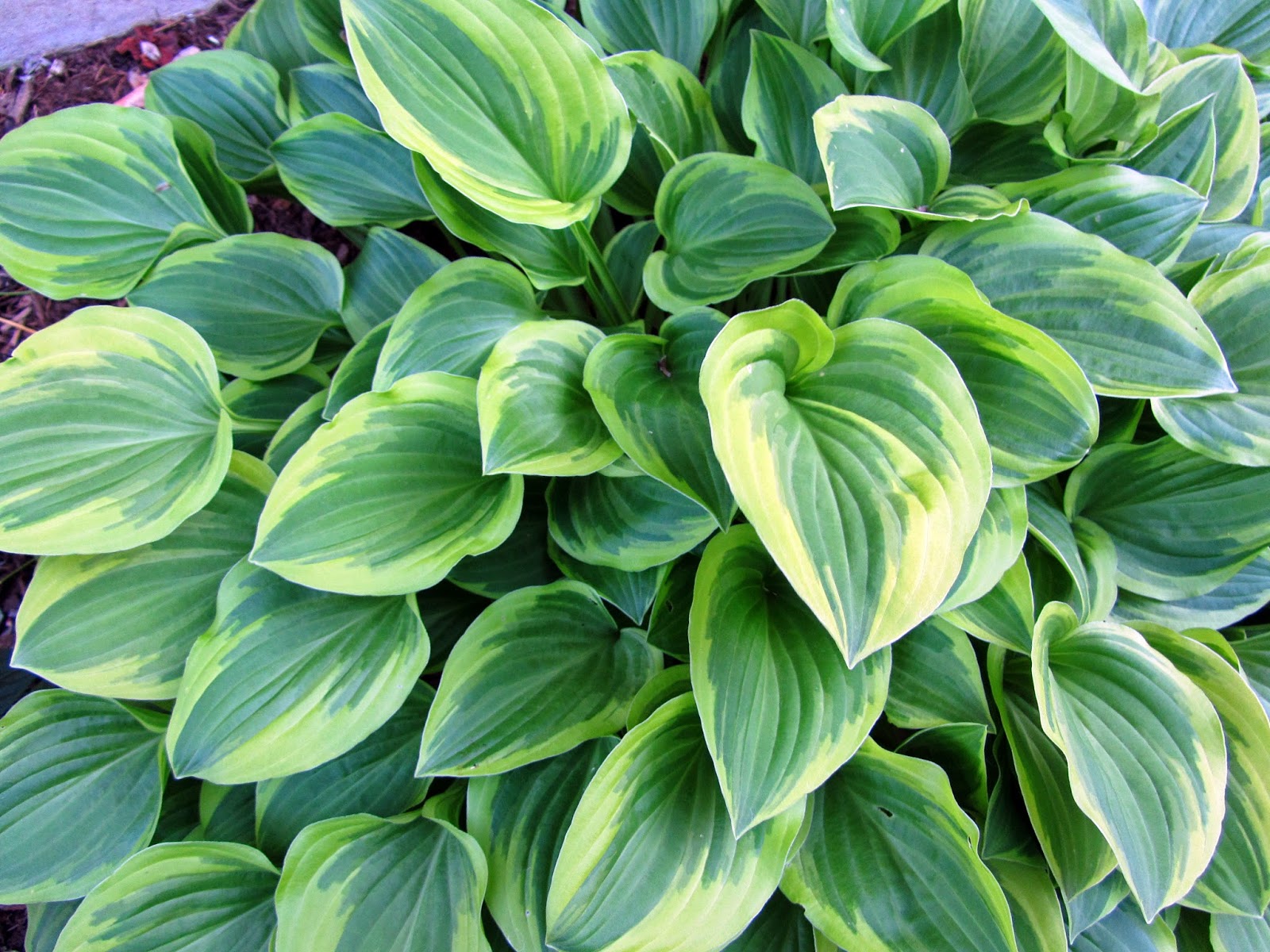 Hosta Golden Tiara
The above are smaller hostas in the garden, not miniature, but smaller than the three foot wide varieties. 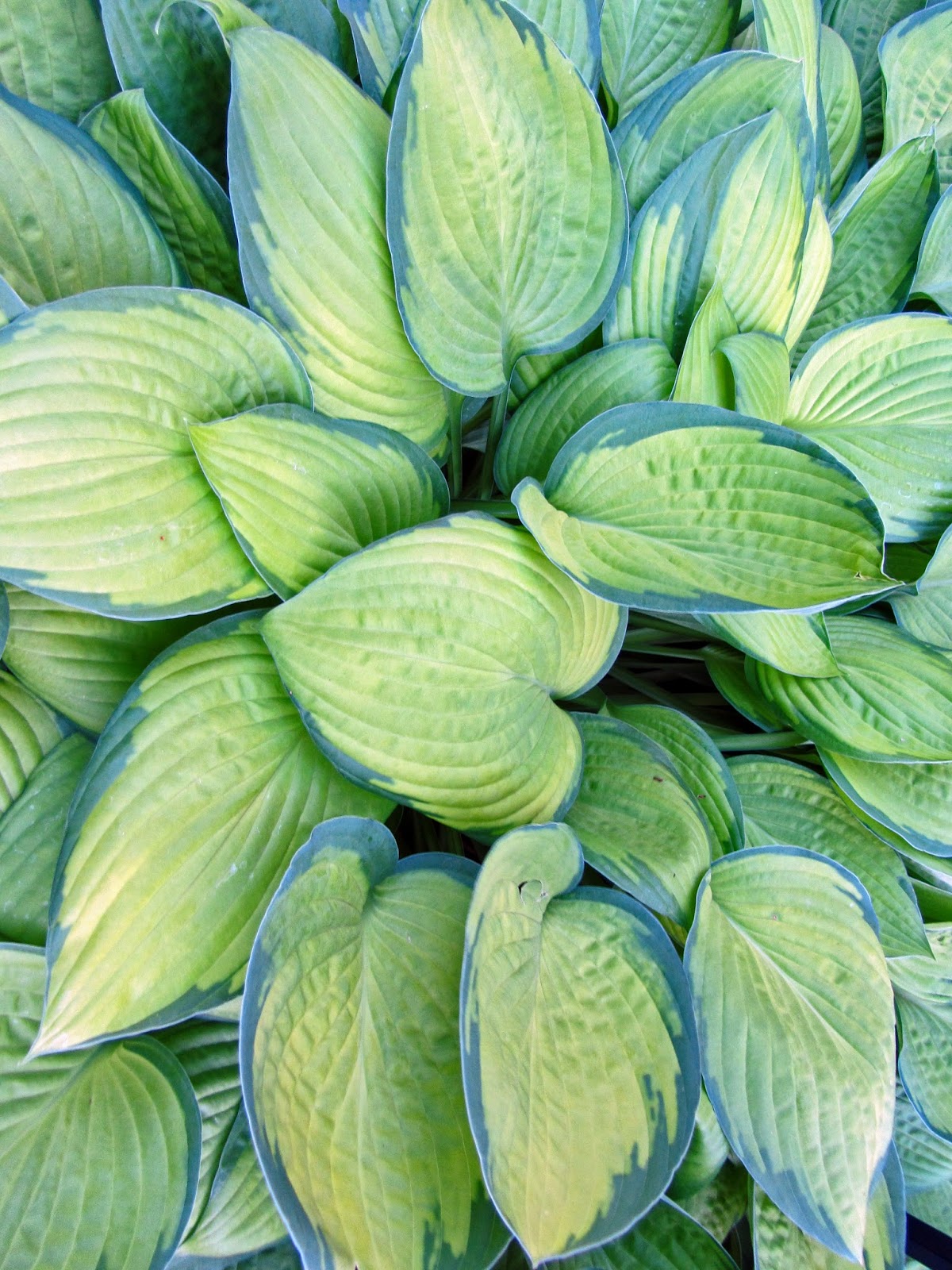 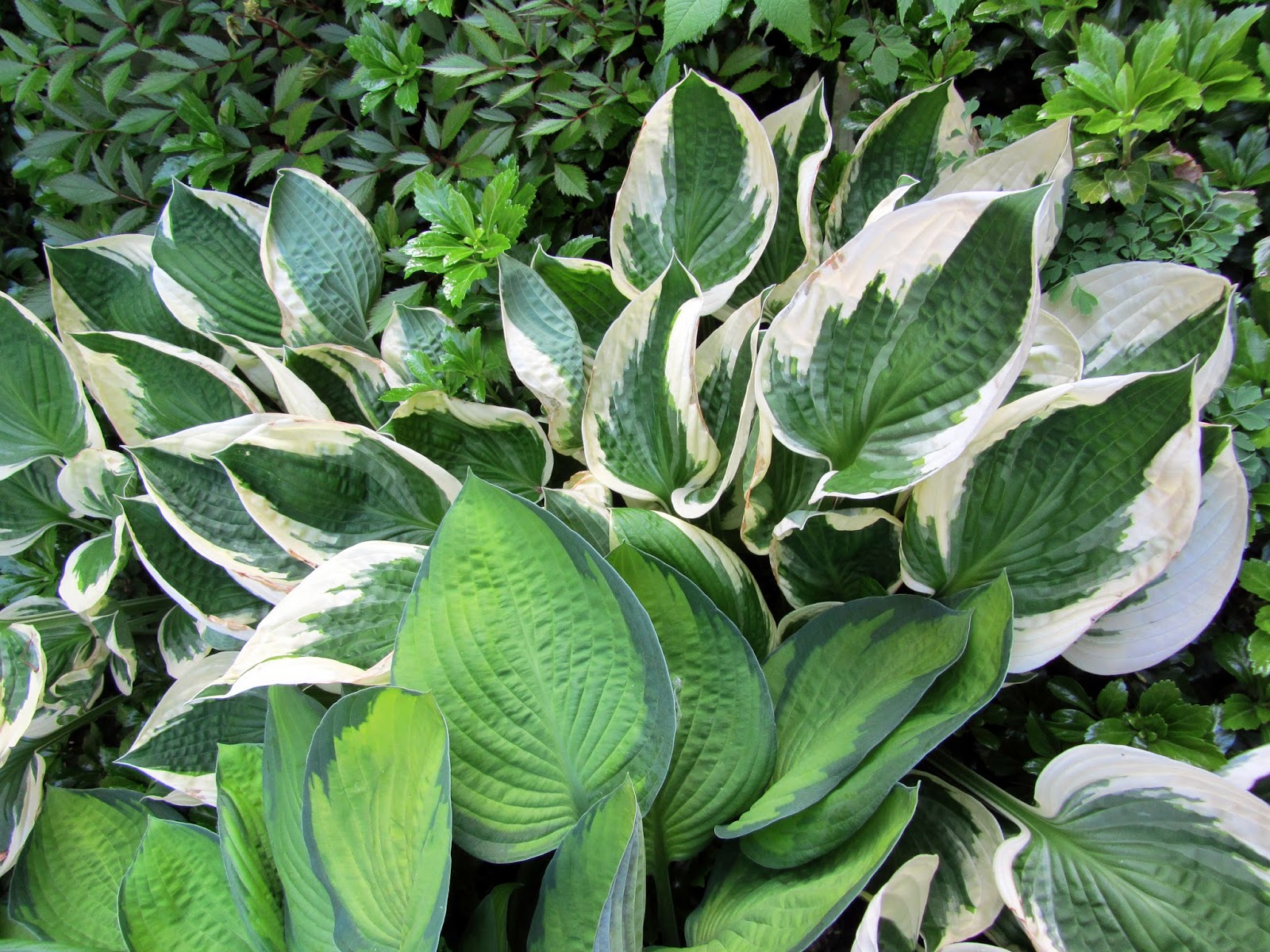 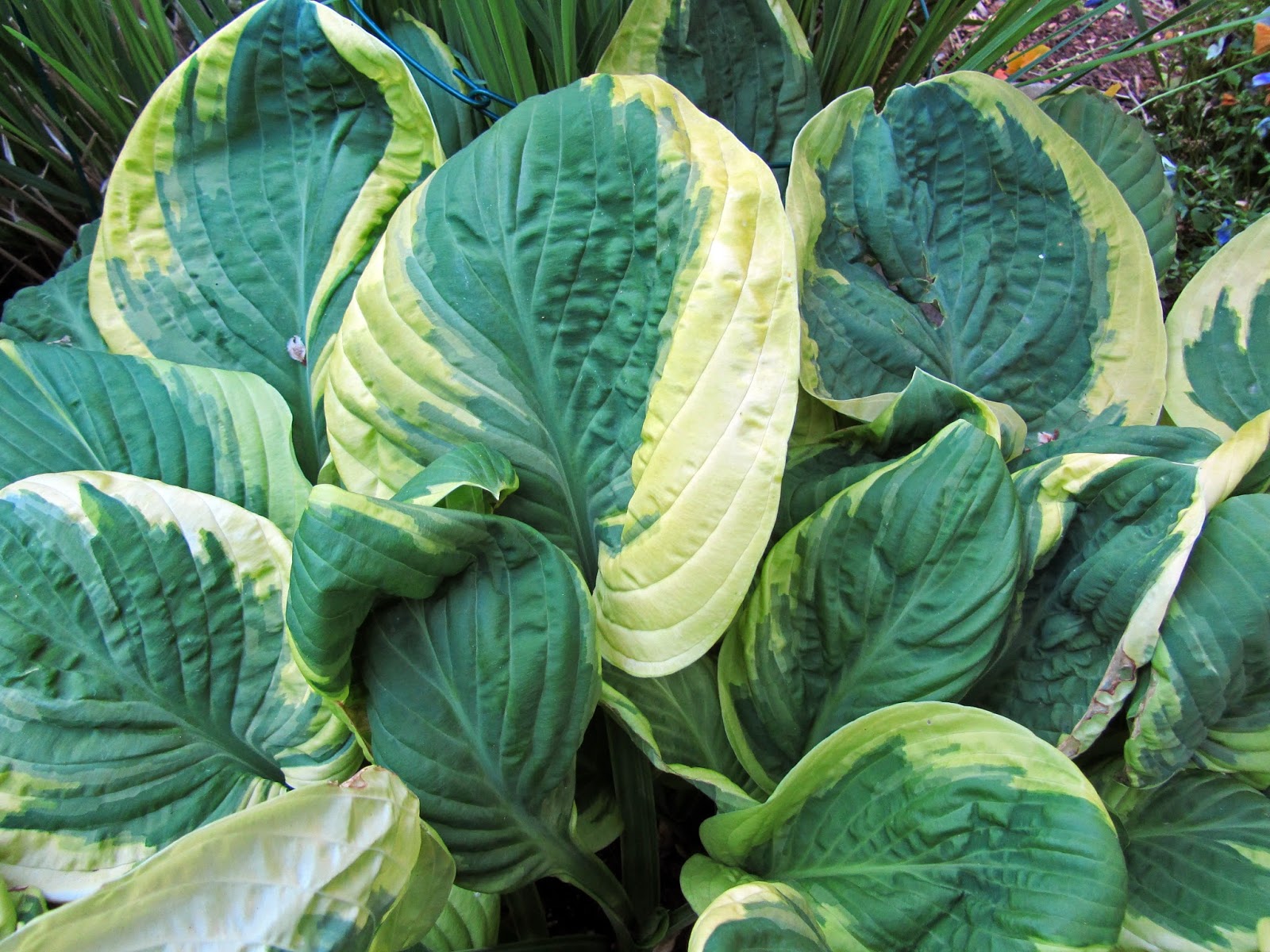 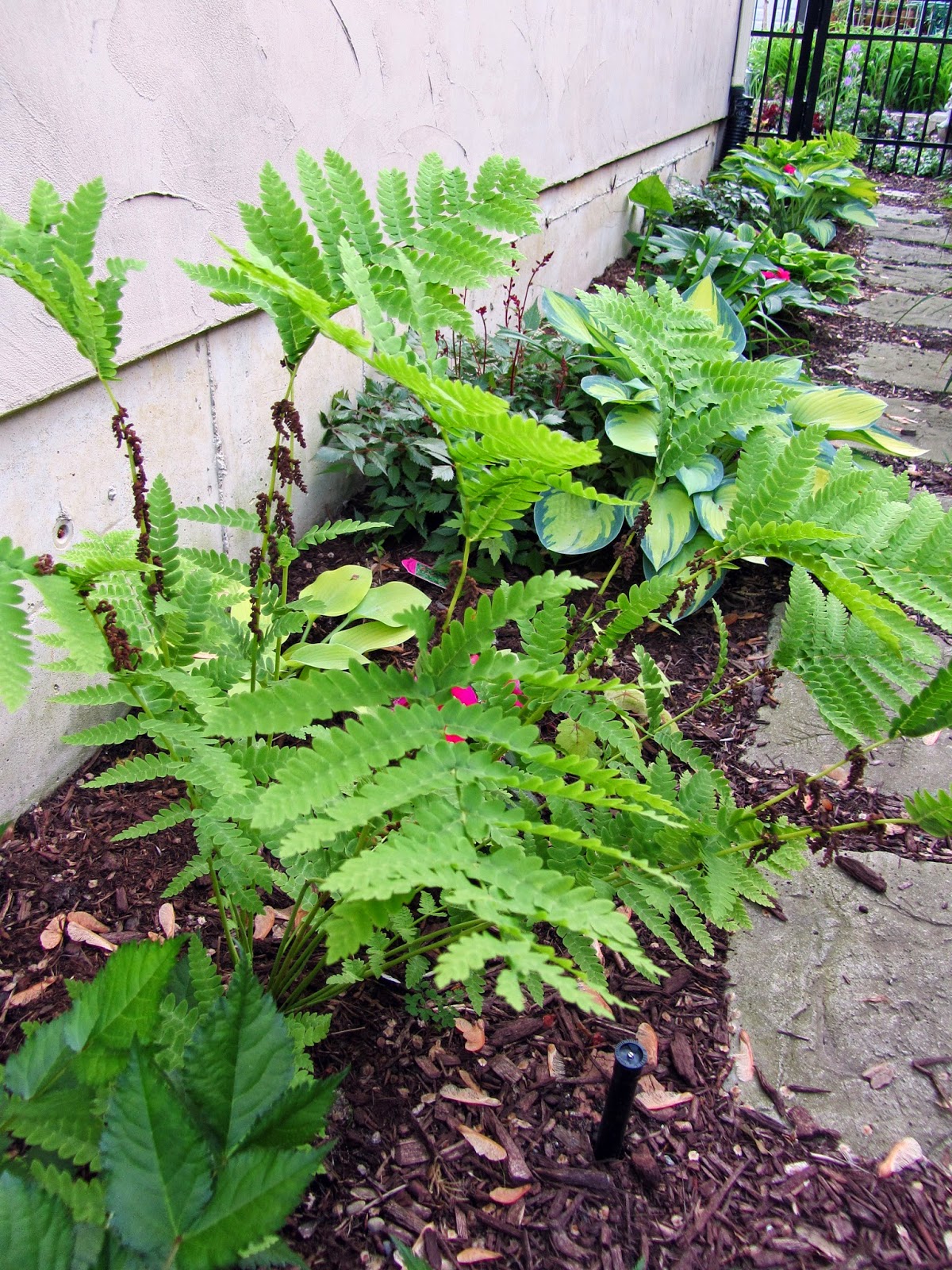 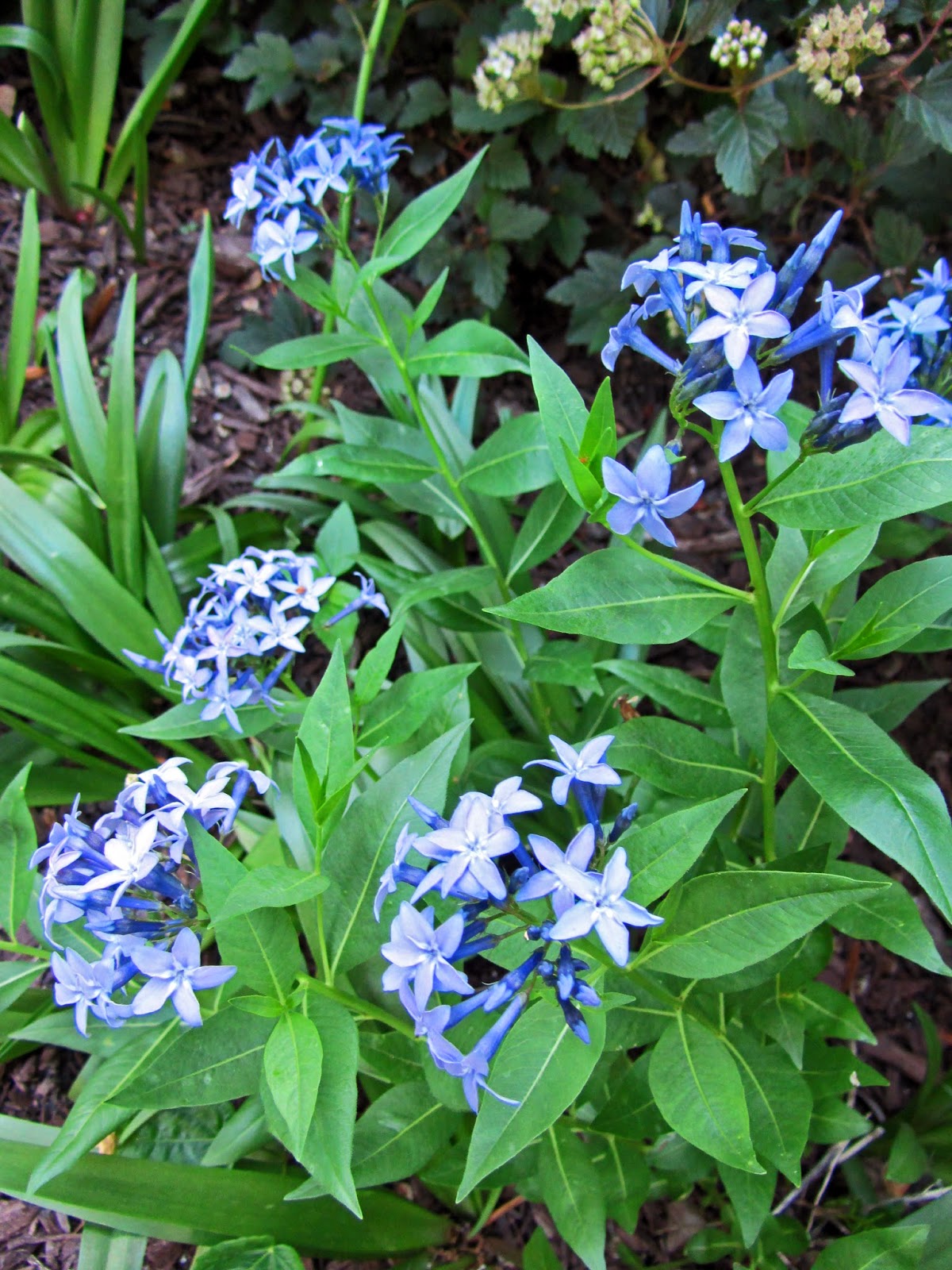 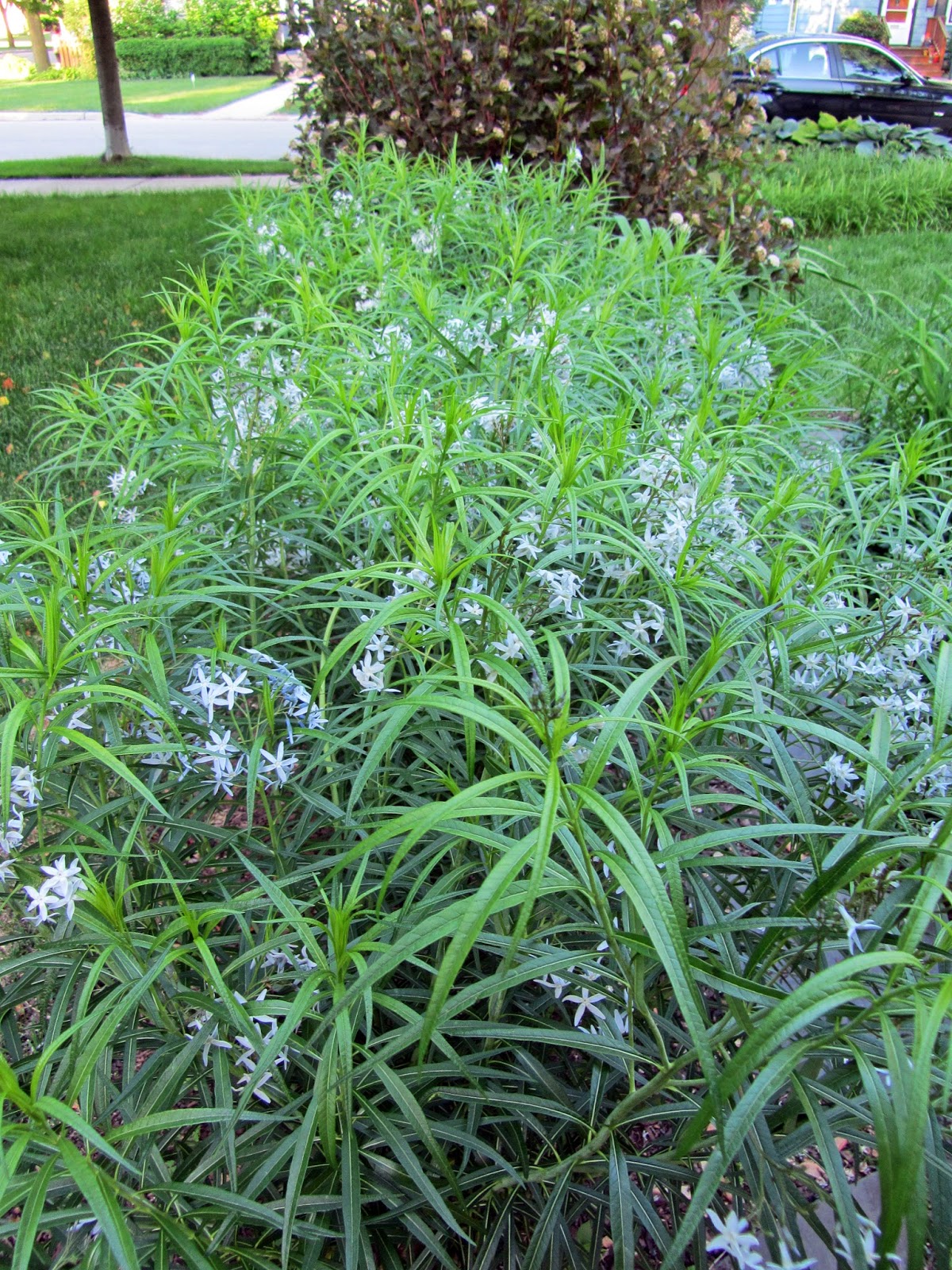 Amsonia Northwind Select
This is the third year for this variety and I will trim it down again.  The threadleaf Amsonias need to be pruned down after blooming in order to fill out for a glorious fall display.
﻿
﻿
﻿
Posted by Gatsbys Gardens at Friday, June 06, 2014 No comments: