I took a trip into Chicago with friends for a theatre tour.  I thought to myself what could be so interesting about theatres that I went to as a child, young adult and older adult that I had never noticed before as special.  Oh well, I figured the lunch would be worth the trip. 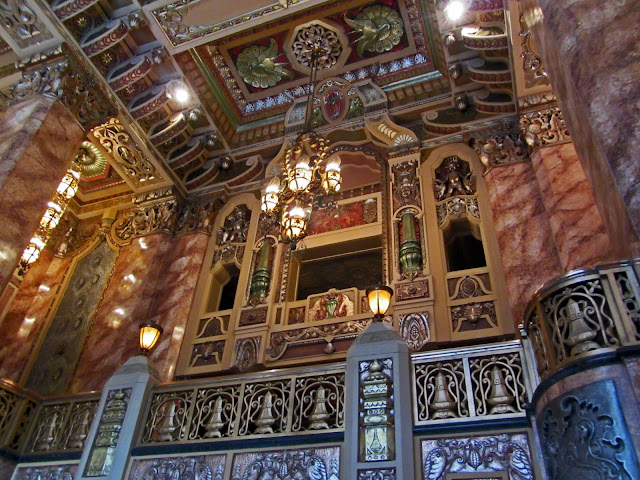 This is the entrance to the Oriental Theatre, built in 1926 by the Rapp brothers and run by Babalan and Katz.  It began as a vaudeville theatre went on to movies and stage shows to its present day of Broadway shows. 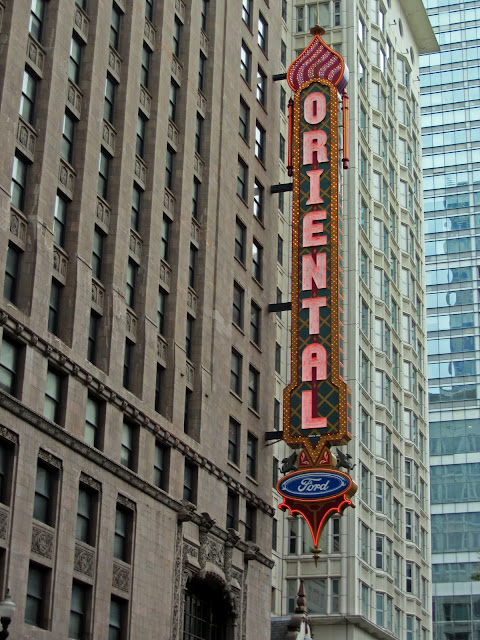 It is now known as the Oriental Ford Theatre.  After falling into disrepair it was completely restored in the late nineties and saved from becoming a shopping mall. 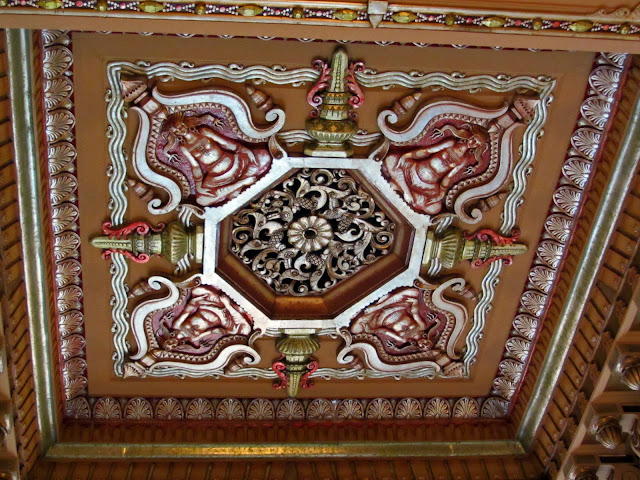 The Oriental is heavily adorned with an Asian feel, but also incorporates Africa and East Indian artwork. 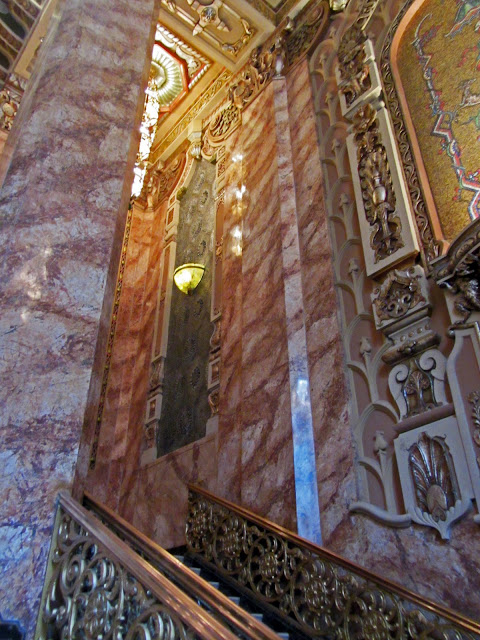 Marble, brass and mosaic abound on the ornate staircases.  Ushers were even dressed as if they stepped out of history as Aladdin seeing people to their fifty cent seats. 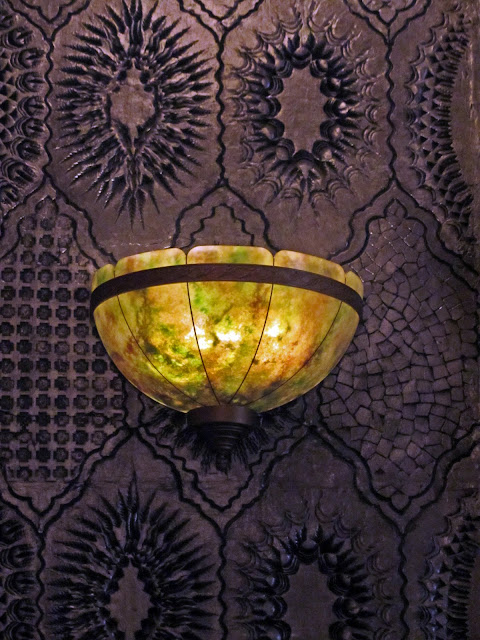 An original sconce on the staircase 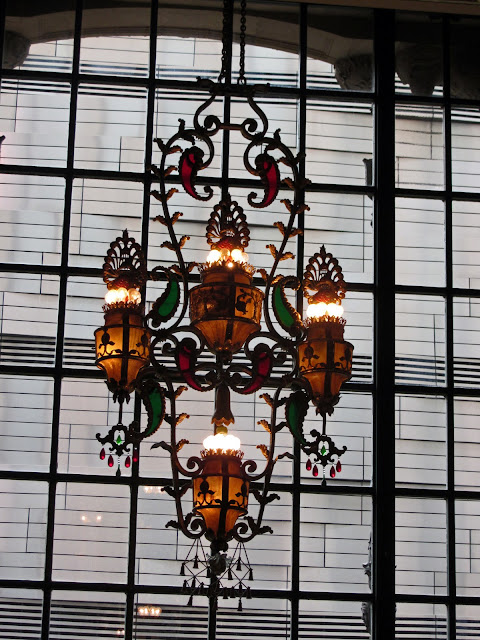 This is one of two large chandeliers hanging in the lobby.  One was auctioned off when the theatre went through bad times and later found in a farmer's barn in Kenosha, Wisconsin and restored to its original position. 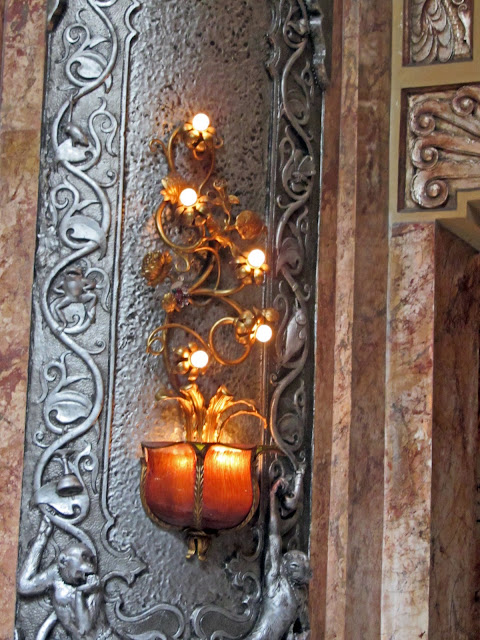 The original vintage lighting was spectacular, note the monkeys supposedly the Rapp brothers depiction of Babalan and Katz. 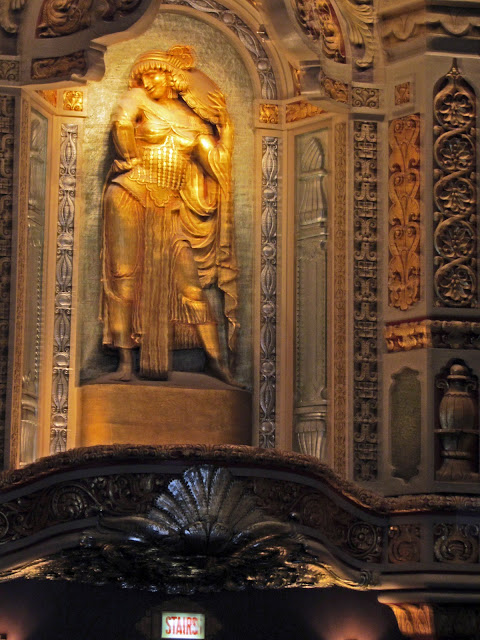 In the main part of the theatre statues loom over the audience where we may have seen July Garland (then known as part of the Gum sisters) Fanny Brice, Al Jolson, George Burns and Gracie Allen, the Three Stooges and many more. 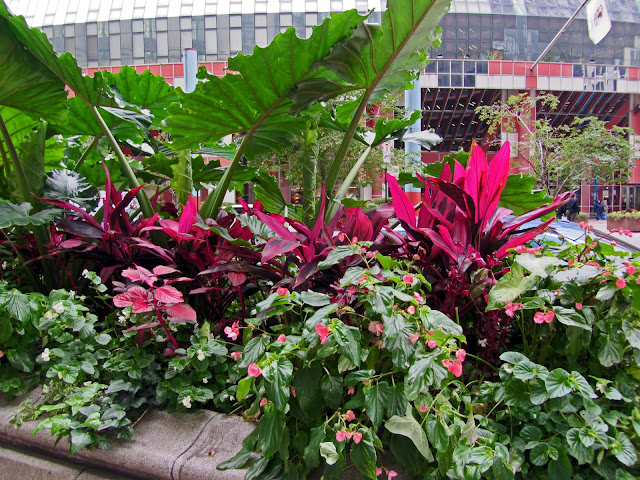 The new mayor has kept the city beautiful, one of the many planters that line the streets of Chicago. 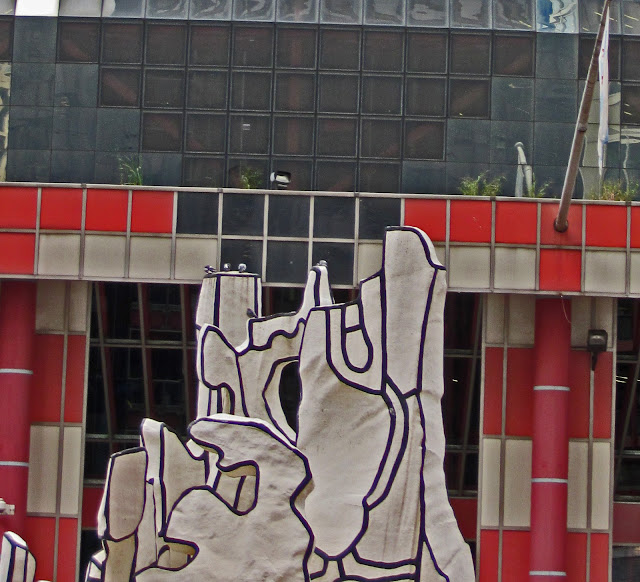 A little sculptural interest along the way.  I know I have seen this artist's work before, I think at the Art Institute. 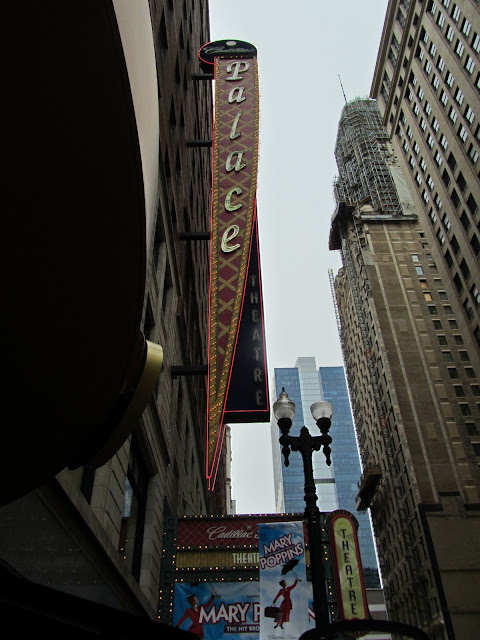 A couple of blocks later we arrived at the Palace Theatre now known as the Cadillac Palace also designed by the Rapp brothers and opened in 1926. 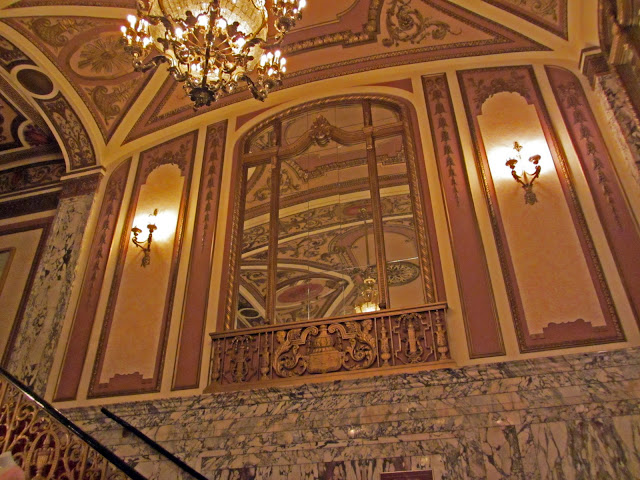 This theatre lobby is constructed of marble but does not have the same over the top ornamentation as the Oriental. 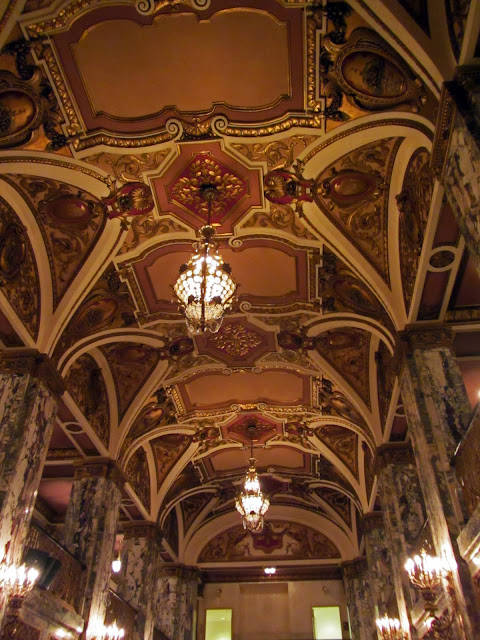 The Palace Theatre has also been restored to its original glory and is now host to many Broadway Shows.  It was the previous home to Jack Benny, Jimmy Durante, Mae West and Bob Hope.

On to lunch at Lawry's Prime Rib which is also housed in a Historic building. 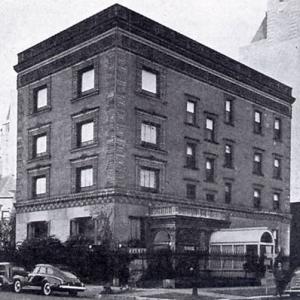 This is the four story McCormick Mansion built before the turn of the century.  It had twenty-five rooms including a ballroom on the fourth floor.  It was leased in 1935 to a casino which during prohibition did not last long. 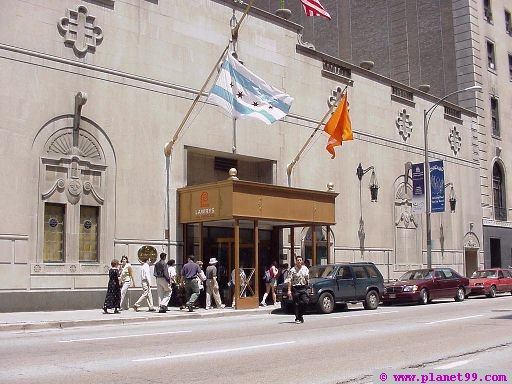 Through the years the McCormick Mansion changed, lost two upper stories due to a construction accident and the front was redone to become the Kungsholm, a Swedish smorgasbord, with can you believe an Opera puppet show. 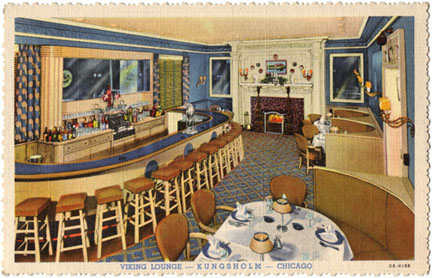 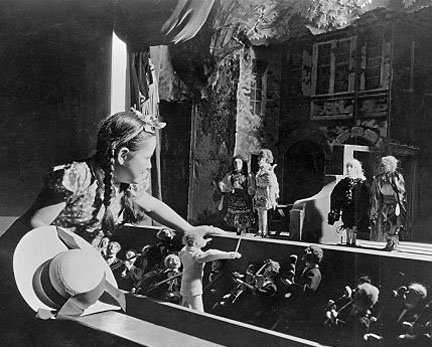 The puppets were about thirteen inches tall and operated from underneath to phonograph music and later tape tracks.  The Kungsholm was in existence from about 1940 to 1971. 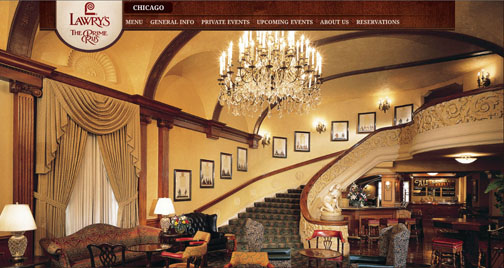 It is now Lawry's Prime Rib (Lawry's Seasoned Salt) and it was one of the best lunches I have ever had!

In fact, it was one of the best days I have ever had.
Posted by Gatsbys Gardens at Thursday, October 27, 2011 22 comments: