A Reversal Of Fortune

I never thought we would have a situation where spring was taken away in an instant.  The winds picked up, rain began and it all ended with snow on the ground.  We were down in the low 30's again with a high in the low 40's for the day.  It has been quite a week! 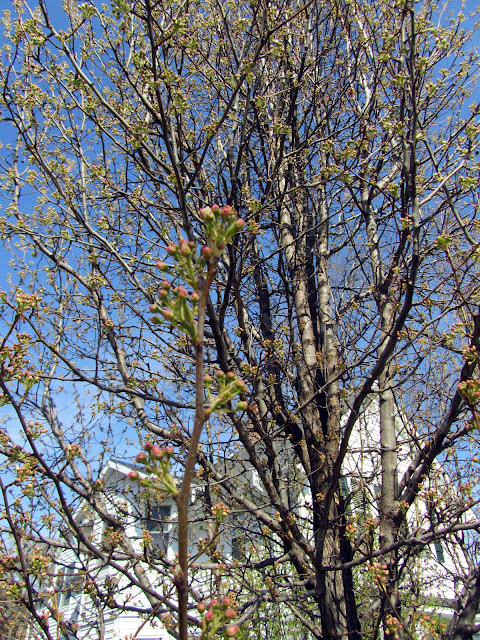 The Chanticleer Pear is ready to flower if only the weather will cooperate.


Luckily, I had moved some David Phlox the day before and planted some new clematis and Bleeding Hearts. 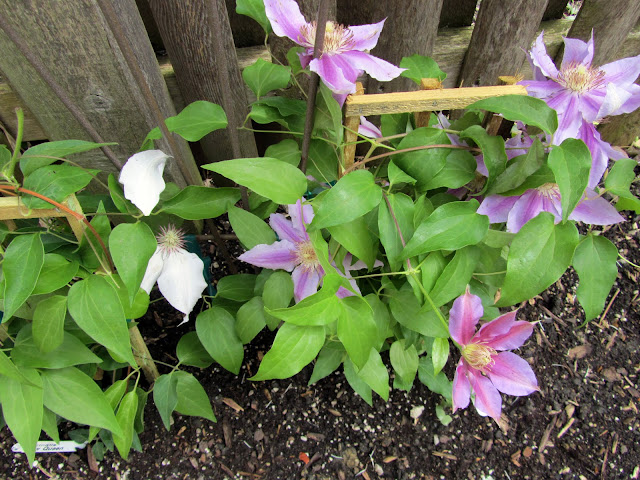 Snow Queen (which will take some shade) Type I and Dr, Ruppel Type II both from Home Depot


They all seemed to have survived the ice and snow.  I have been hardening off my Silver Tidal Wave Petunias because they are less susceptible to the cold than my other seedlings and the zinnias Zahara Double Orange and Highlight. 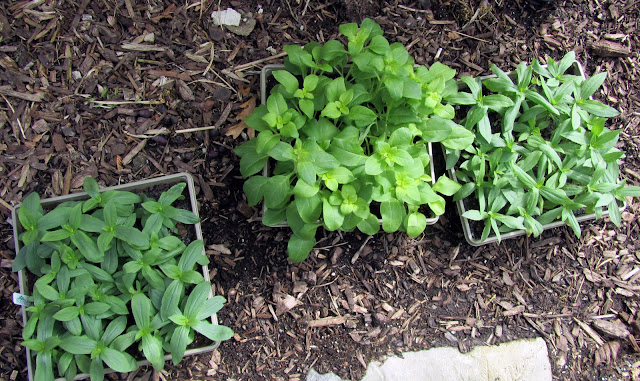 The hardening off usually takes a couple of weeks, not time for impatiens yet and the snapdragons and amaranthus are still too small.  I will bring them into the garage each night.

I received my bare root David Austin roses Mary Rose and soaked them in a bucket of water.  I have very good luck with bare root roses, just as good as the potted roses, but there is a short window of planting with bare root, like now! 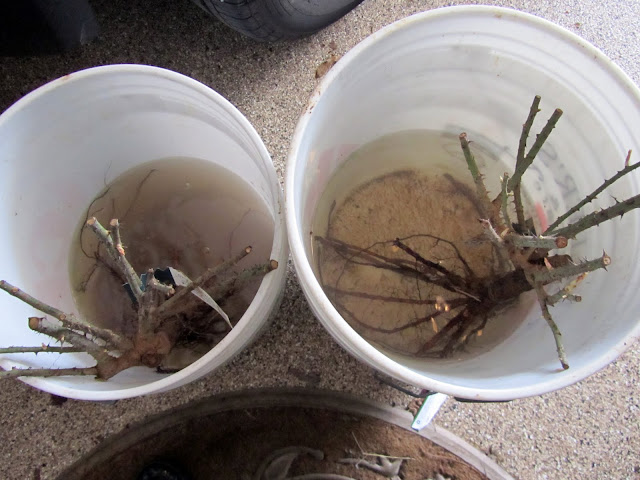 I had to order these direct from David Austin.  Mary Rose is not available locally even though I think I purchased the first three I had from Home Depot - go figure! 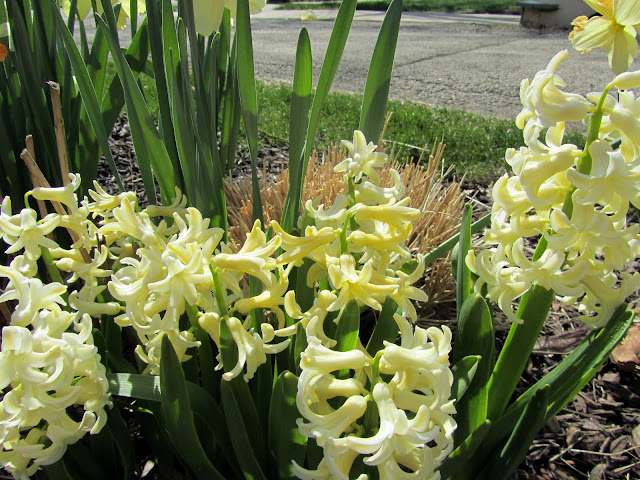 Hyacinth Harlem will last another week or so if the temperatures remain cool.  The shriveled flower stalks can be cut but the green leaves need to remain to make food for next years flowers.  I have grasses planted in this area which will hide the hyacinth leaves. 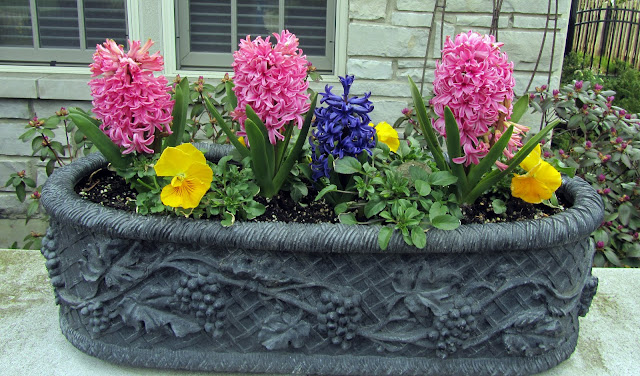 The containers have been a bit of a disappointment because of the cold weather.  Hopefully, I will be able to show some flowers next week. 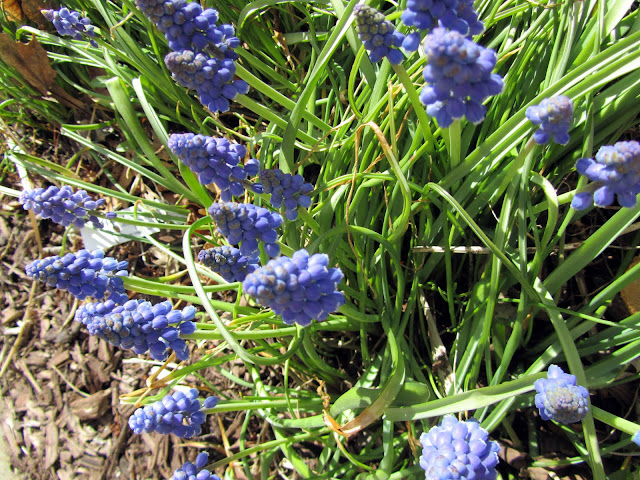 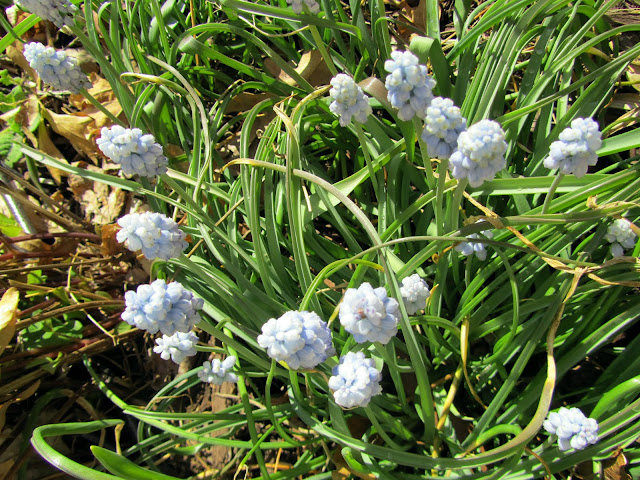 Muscari Valerie Finnis
Thought this was Valerie but it looks a little light, maybe will change as it opens up! 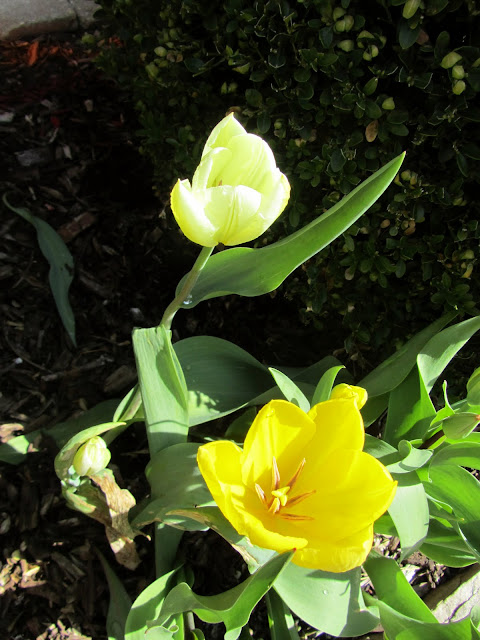 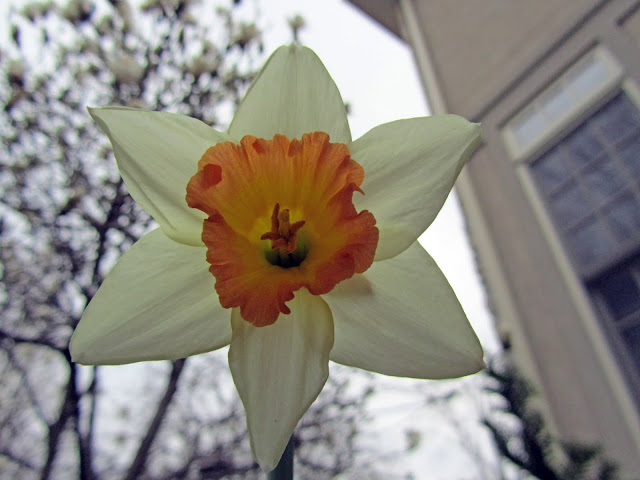 Daffodil Salome
The cup will become pink as it ages 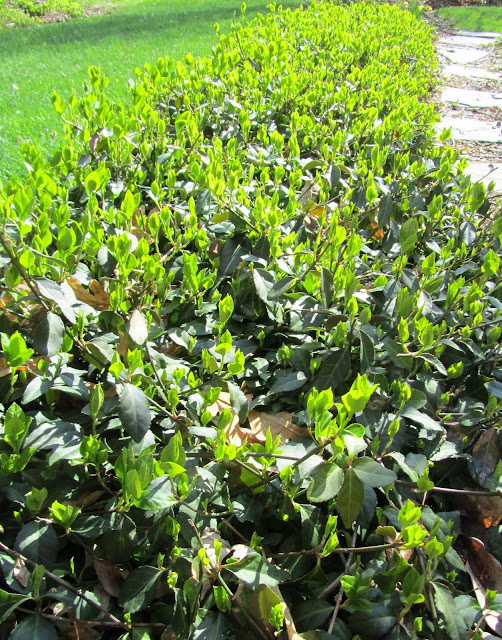 Euonymus Wintercreeper looks great as it leafs out but it has had scale problems, used a dormant spray about a month ago and will use a systemic in May.  I would hate to have to pull this out! 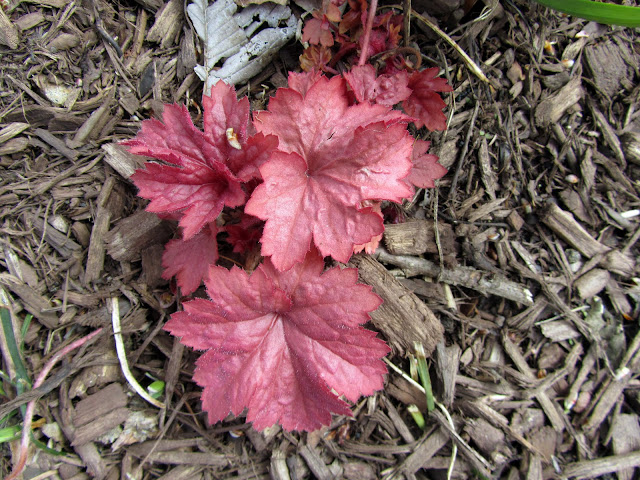 Heuchera Georgia Peach
I lost one of these and overall they don't seem as hardy as my other Villosas. 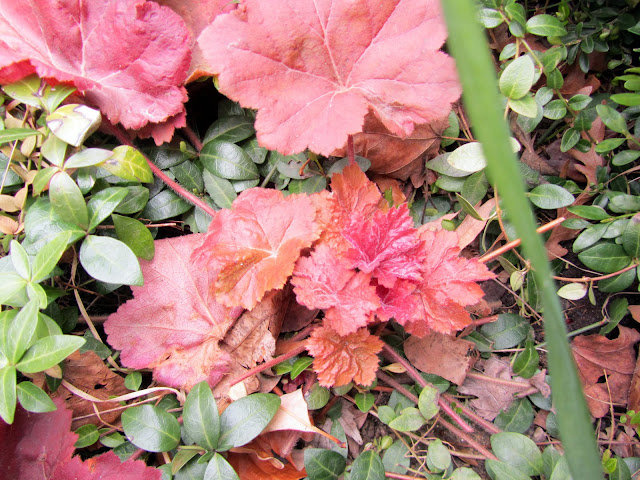 Heuchera Southern Comfort
This huechera seems to be the hardiest and keeps its color all year, even under the snow. 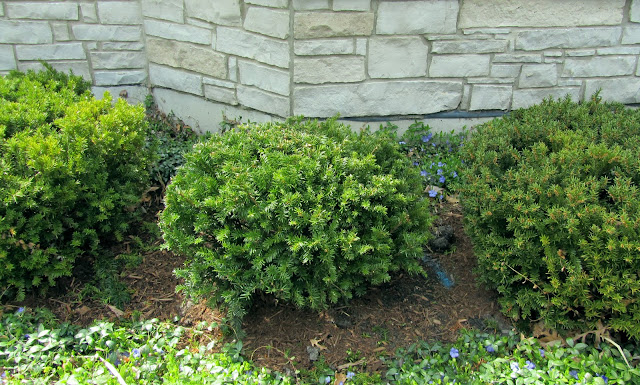 I replaced my yew in the middle and it is as close in size as was possible, planted up a little higher this time. 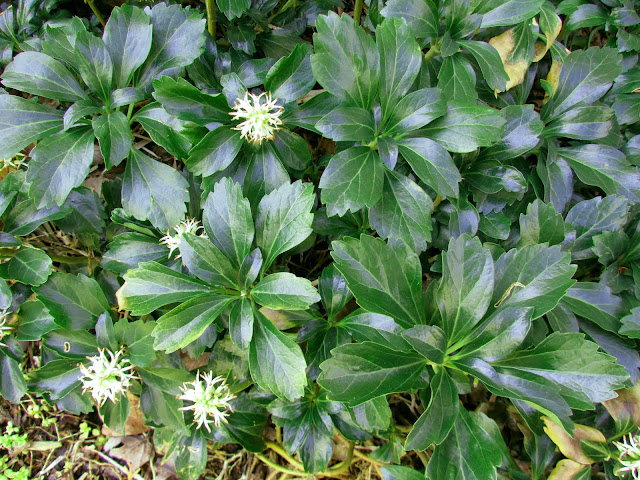 Pachysandra Green Sheen
It looks great this year and is even flowering more than usual.
Have a great weekend and visit Tootsie for Fertilizer Friday!﻿
Posted by Gatsbys Gardens at Thursday, April 21, 2011 37 comments: Links to this post