About a month ago I received an invitation from a representative of Proven Winners to attend a luncheon in Chicago associated with the Mid-America Horticultural Trade Show in Chicago which has been held here for the past thirty-five years.  At first I thought it was a come-on but decided to check it out.  Proven Winners is one of my favorite companies for annuals, perennials and new introductions (no remunerations for saying this).

Navy Pier extends out into Lake Michigan, changing from an open air pier with boats docking along it's sides, a carnival like atmosphere in the summer with outdoor antique markets, to an enclosed building that goes on for blocks.  Top notch restaurants line the long walk from one end to the other, retail stores of every description and fast food to die for all with the view of the big ships docked at the side for the winter. 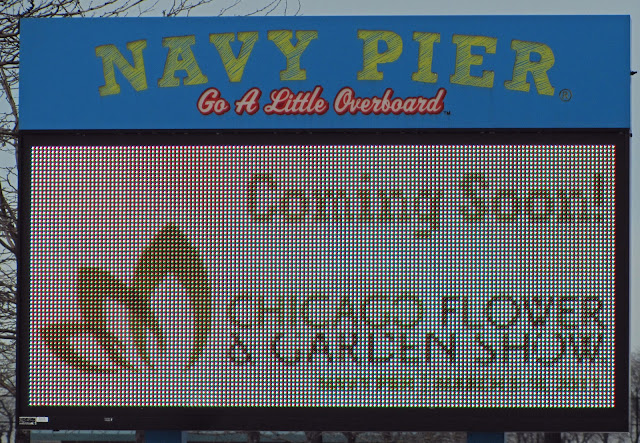 Look what's coming in March!  I wonder if they would want a Garden Blogger to cover this?


My contact said they would like to have some garden writers (bloggers) attend, interview the speaker, etc.  Wow, someone actually wants a Garden Blogger to take photos and interview without worrying about being on the Internet! 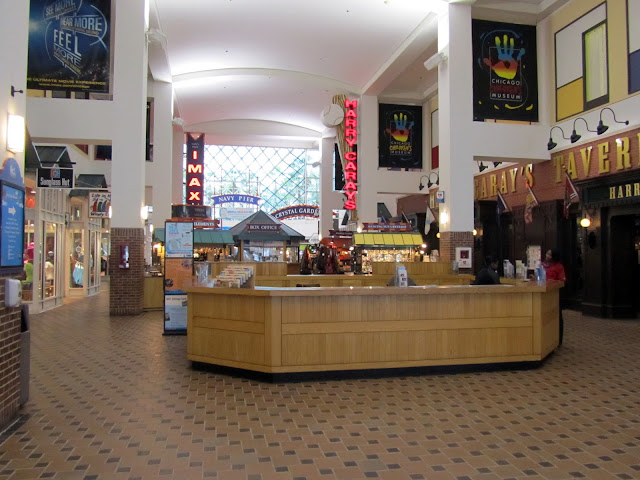 The I Max Theatre on one side and Harry Carey's Tavern on the other.
I realized this was not an invite to the trade show so I emailed the Communications Director of the show and told her about my lunch and asked if I could possibly attend the trade show as a garden writer.  The answer was yes with the stipulation that I send her a link to my blog and subsequent posts about the show.  A few days later I received via email scanable entrance passes to the show.

It was quite a trek getting there, an hour on the train, another twenty minutes on a bus but I had arrived wide-eyed like a squirrel in a newly planted tulip bulb garden.  I didn't know where to strike first, exhibitors everywhere.  I could have looked at the exhibitor map online before the show and I would have been better prepared, knowing I would not have time to see everything. 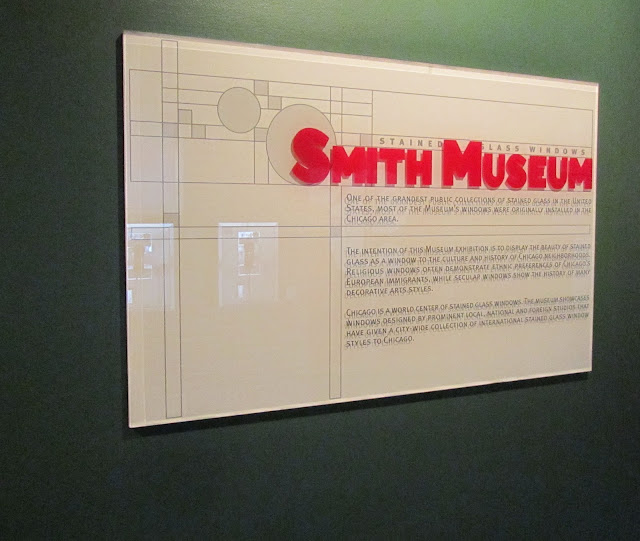 The Smith Museum of Stained Glass is housed at Navy Pier and is worth a visit just to see this beauty. 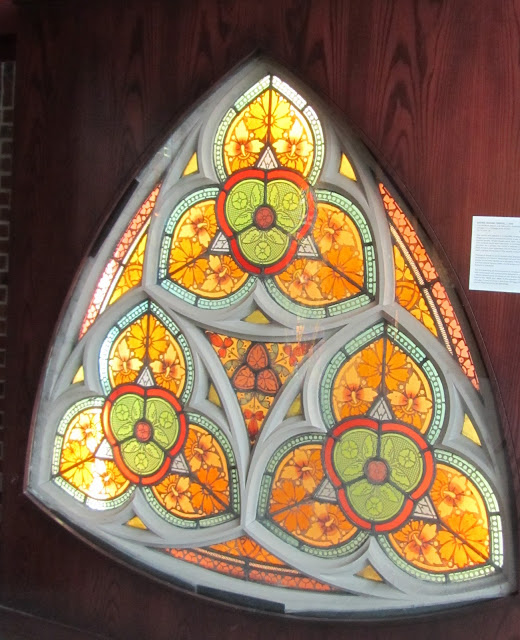 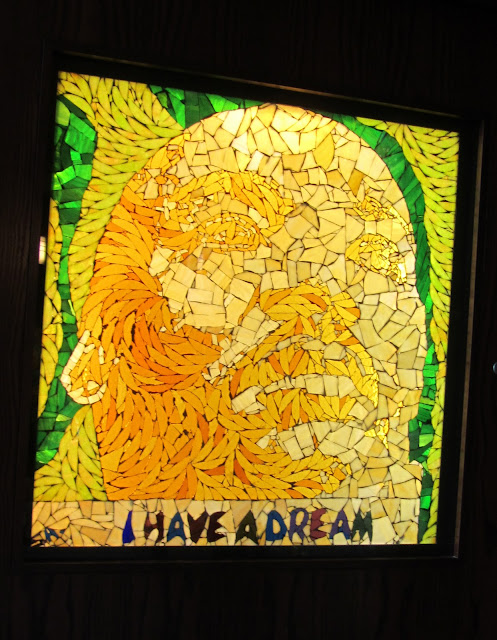 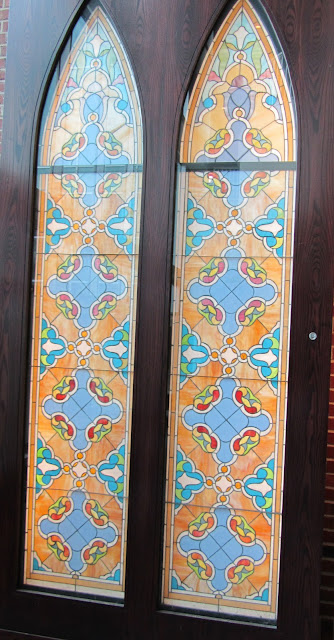 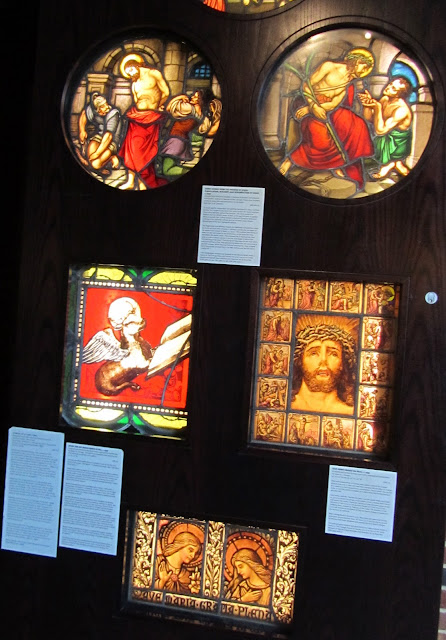 This is only a small sampling of the beautiful stained glass, goes on for at least the equivalent of two blocks. 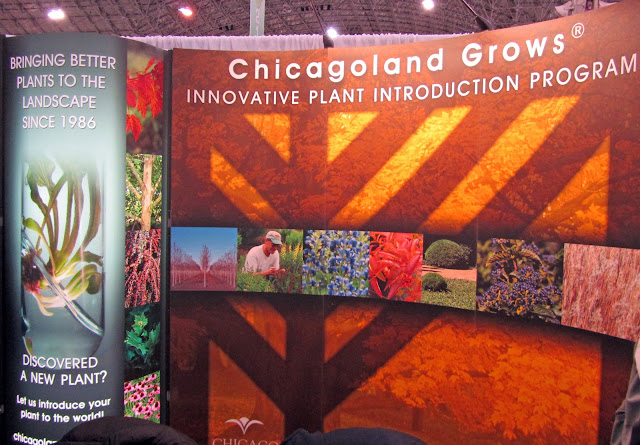 Chicagoland Grows is an organization that partners with the Chicago Botanic Garden and the Morton Arboretum to make the community aware of new introductions and appropriate plants for our area. 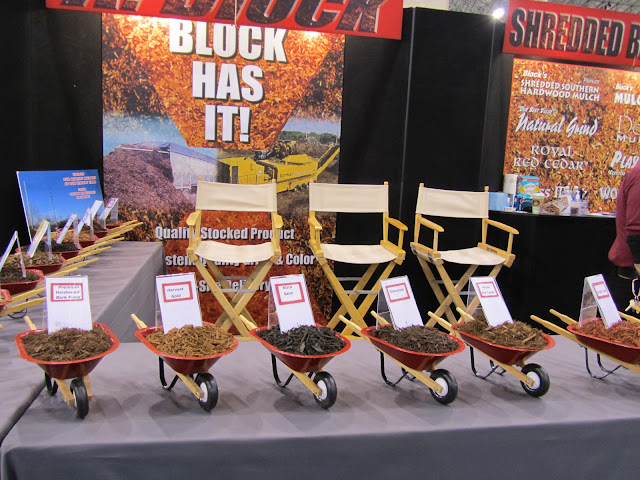 I have never seen so many mulch selections! 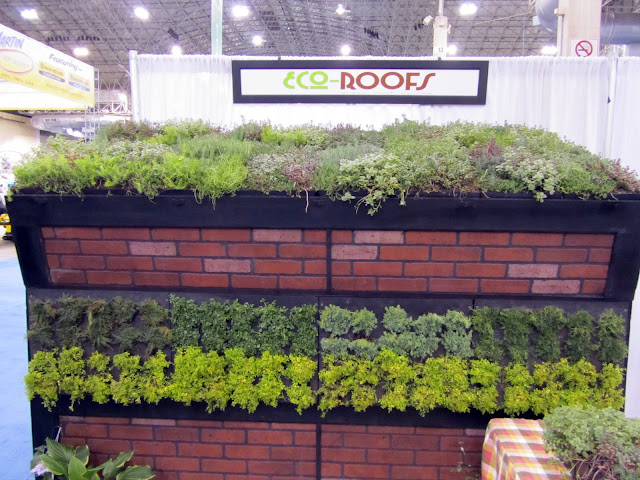 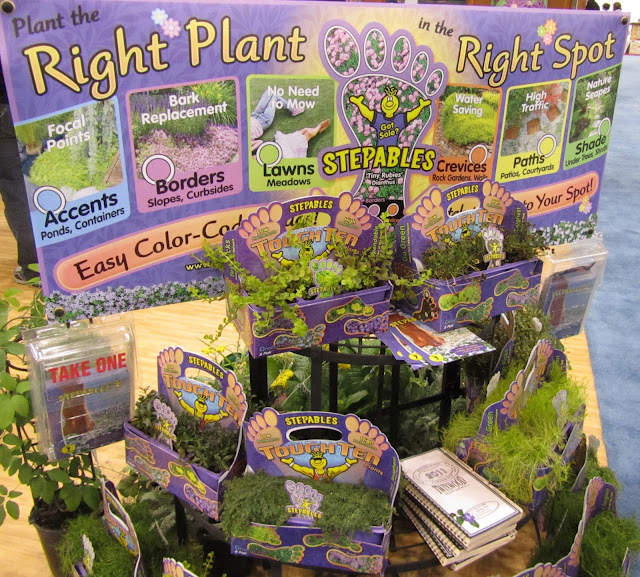 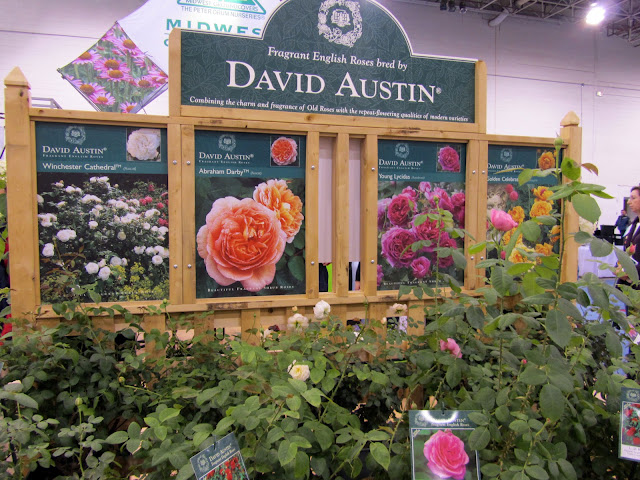 
This has been a very positive experience for me, we are seen as professionals in the industry, our opinions are are considered important and we do influence opinion.  I guess I have been concerned about being accepted by the wrong choir (the general public) when the music is resounding in my own element, writing about gardening.

I'll be back on this subject, haven't even talked about the new introductions and who I met!