How Does Your Garden Grow (Part 1)

We very rarely get to see what goes into making our garden grow with all of the beautiful plants we put in each year.

I was lucky enough to be invited to tour Ball Horticultural Company in West Chicago, Illinois.  They are open to the public on the weekend but not on weekdays.  I was able to go on a weekday and given permission to photograph all of their gardens.

Ball is a major supplier to Burpee Seeds and many other seed companies throughout the world.  They do not market their seeds to the retail market but do sell to growers worldwide.  The company began in 1905, introduced the Wave Petunia, Dazzler, Elfin and Fiesta Impatiens, the black petunias this year and many more too numerous to mention. 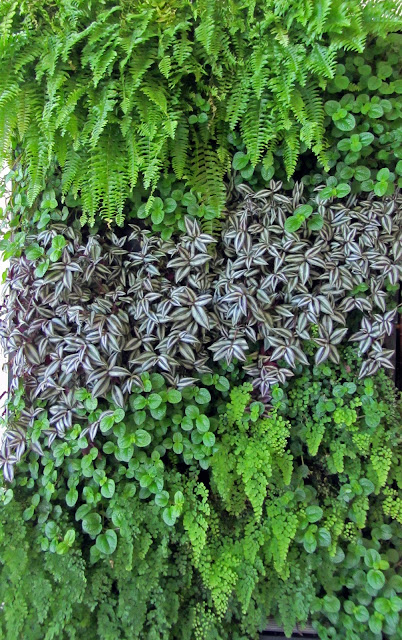 Ball is continually experimenting with vertical gardening and this wall of ferns and other houseplants is actually growing in their lobby.  This is not a Woolly pocket system but was made of a freestanding metal structure with apertures for holding soil and plants. 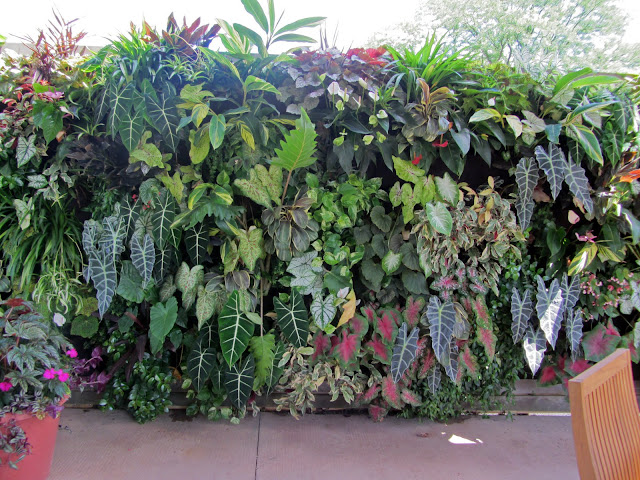 This is the Woolly Pocket System outside on one of their patios with a wide variety of plantings, all annuals in zone 5. 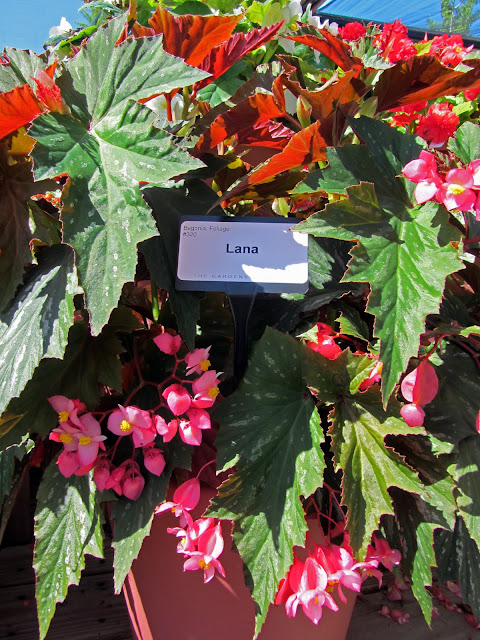 Begonia Lana
These are very large begonias and seem to have come out of the Angel Wings type and Rex Begonias. 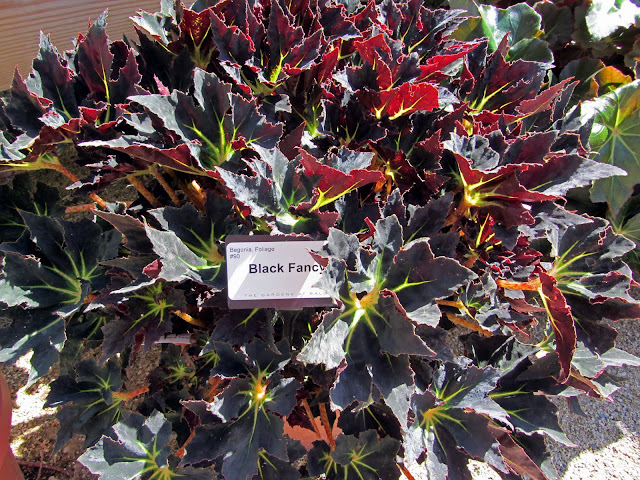 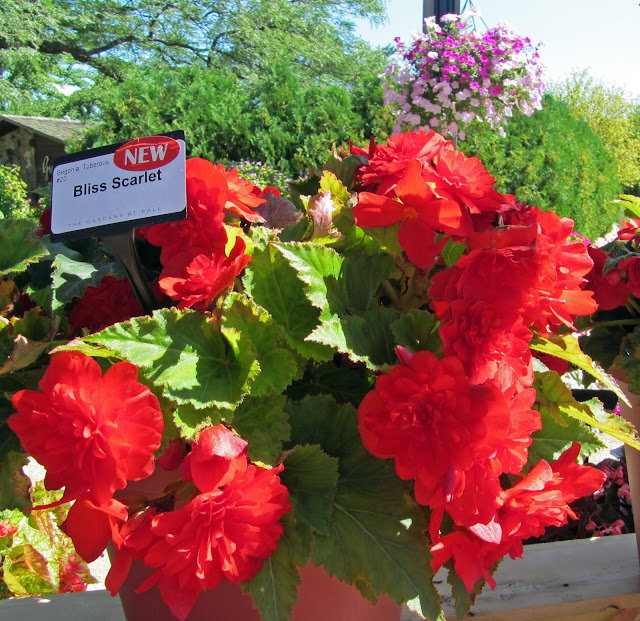 Bliss Scarlet
This is a tuberous begonia that will be new on the market in spring, very large double flowers. 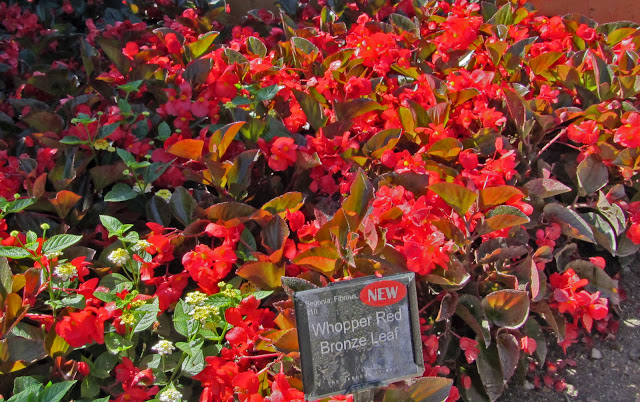 Whopper Bronze Leaf
This is a new fibrous begonia on the market in the spring, huge and can grow in the sun or shade.
They are introducing some new impatiens and also improving on varieties that have been with us for awhile 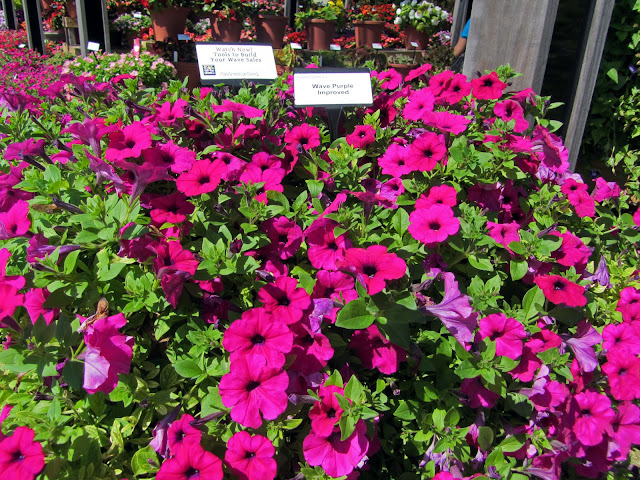 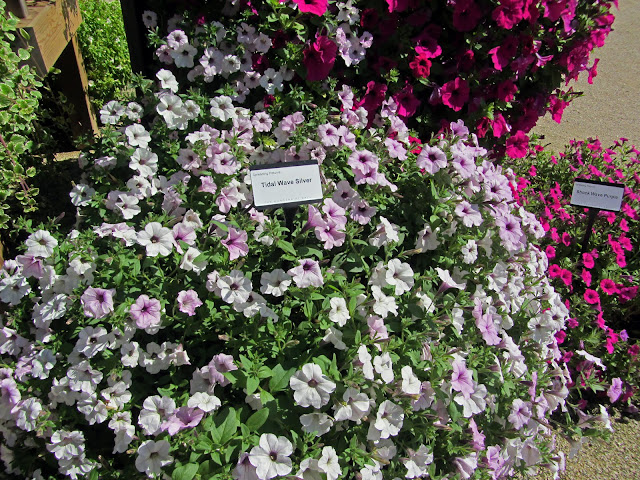 Silver Tidal Wave Petunia
I grew this from seed this year but I have not seen it in the nurseries. 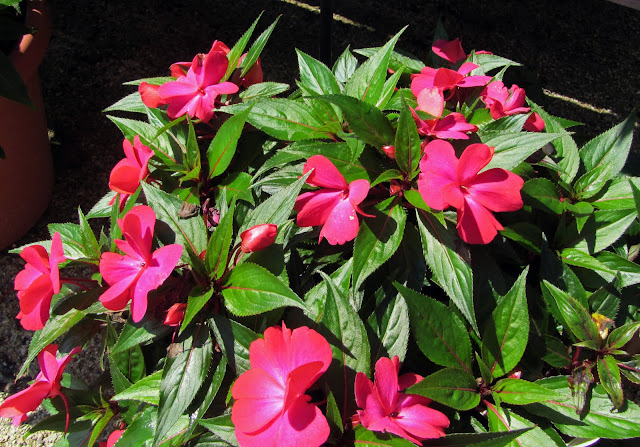 New Electric Cherry
You will see this next spring in the nurseries. 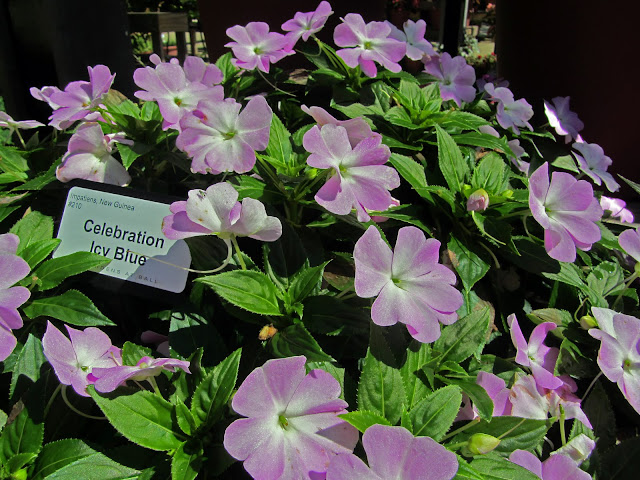 Celebration Icy Blue
This was not a new introduction but it was beautiful!
It was very noticeable that there is a distinct trend towards all sun impatiens with many more introductions than ever before. 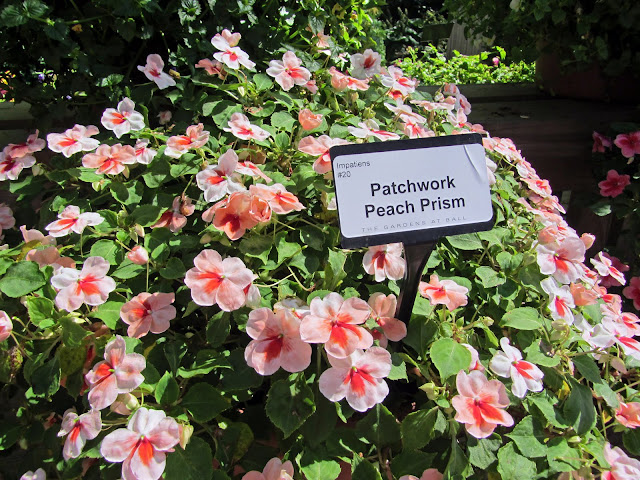 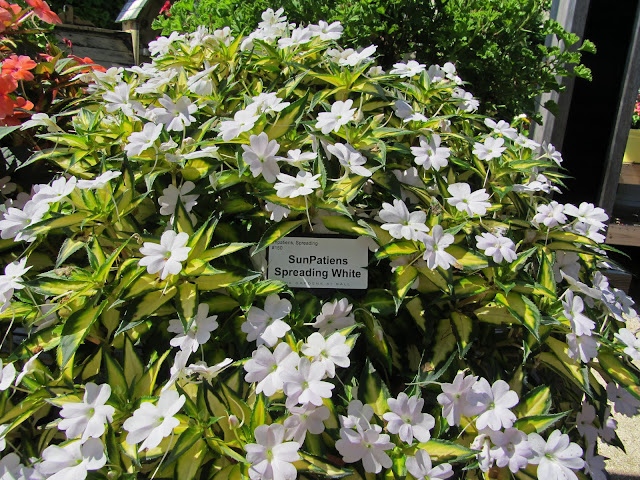 Spreading White Impatiens
I have not seen this in the nurseries yet. 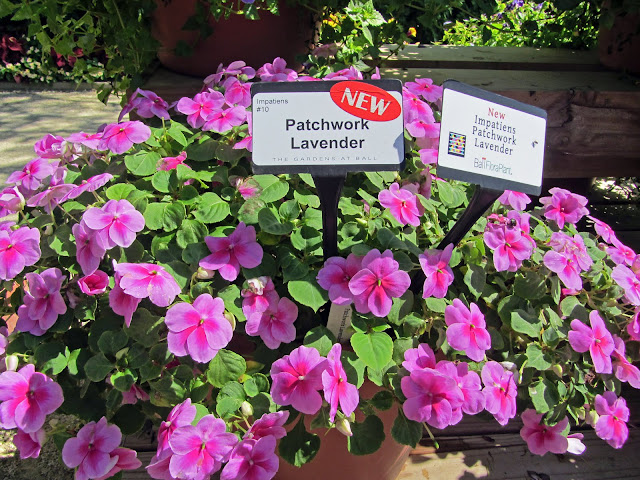 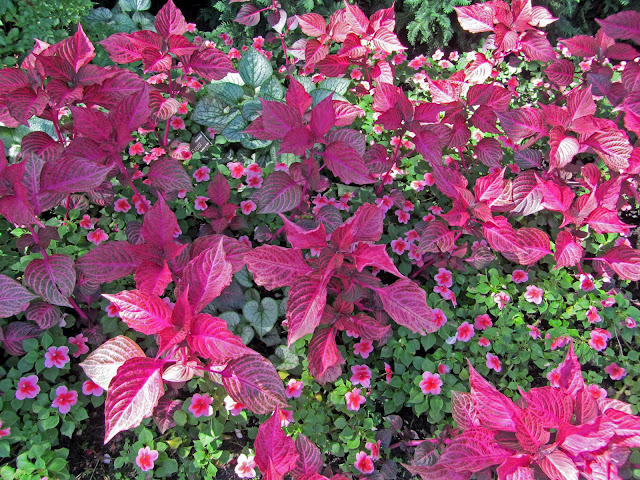 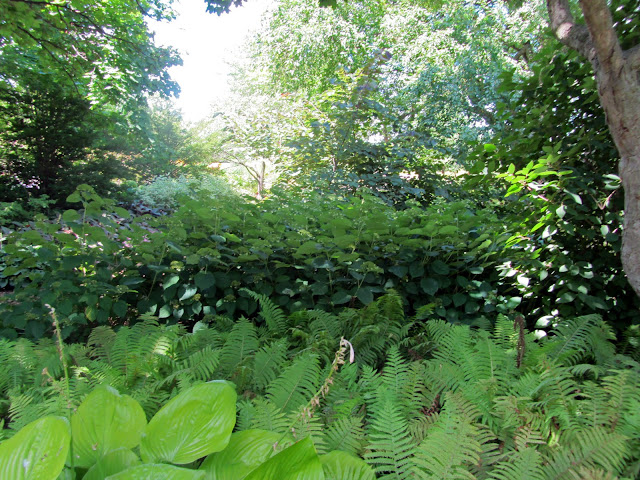 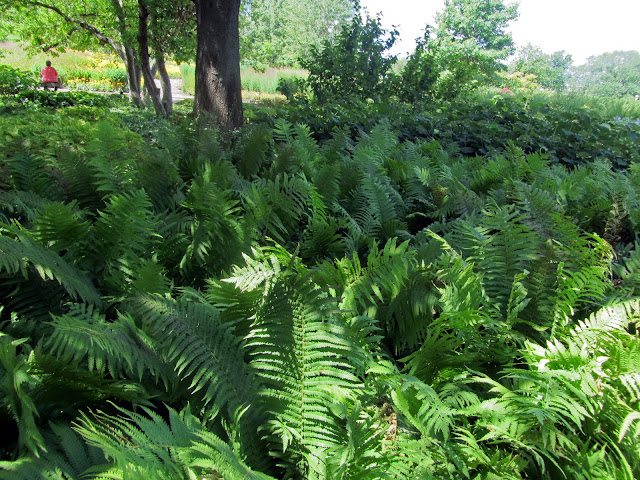 There are many labeled mature specimens in the shady areas. 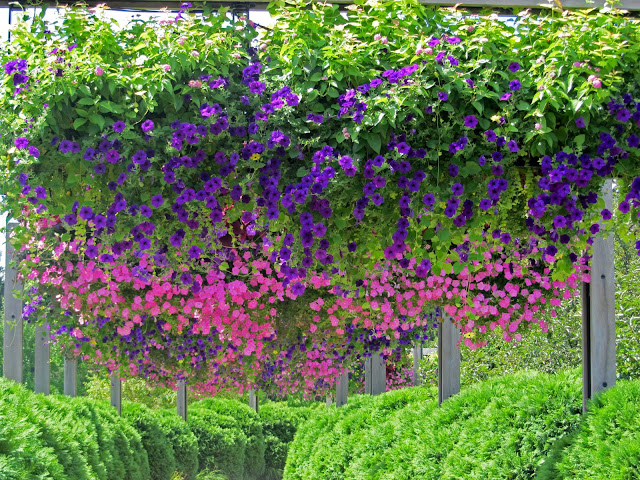 A Pergola of Petunias

I will revisit Ball Horticultural to show some of the new dwarf shrubs and experimental plantings.
﻿
Posted by Gatsbys Gardens at Wednesday, August 17, 2011 20 comments: Links to this post