I have many varieties of Heuchera in my garden, some in part shade and some in full sun. 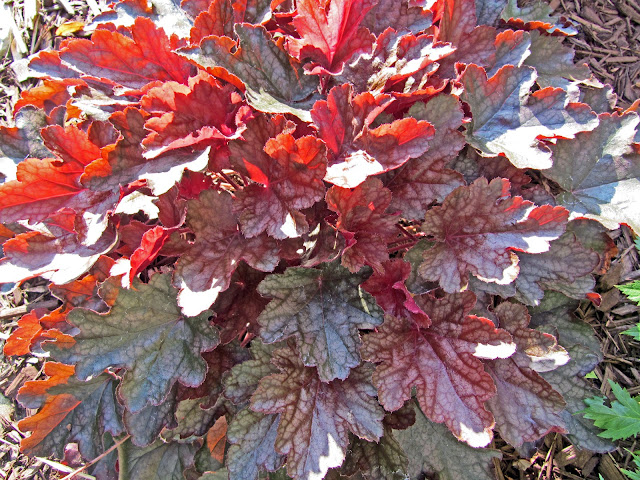 Heuchera Peach Flambe
This is my best heat performer, not a crispy leaf on it!
It has been an extreme test this year on which varieties will survive in the heat.  Heat resistant and drought resistant are two different attributes we need to take into consideration when planting future gardens. 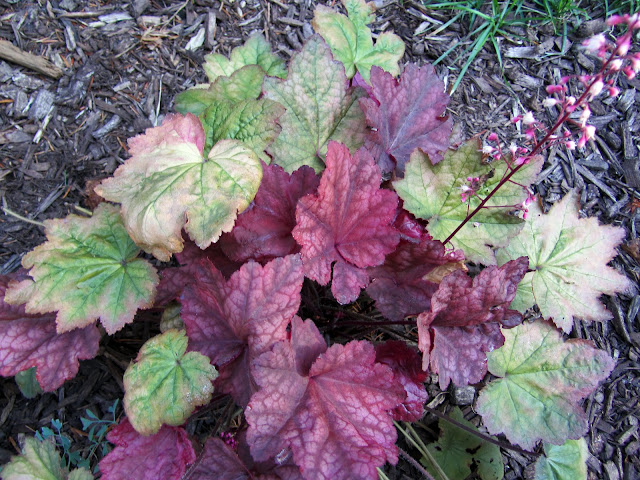 Heuchera Autumn Leaves
This one has done very well, you will notice that the heat produces leaves without color.  They slowly replace these light colored ones with the new deeper colored leaves.
Many plants can be watered well but cannot take the high temperatures and their foliage begins to fry.  Some of the Heucheras I have fall into this category during the current summer season. 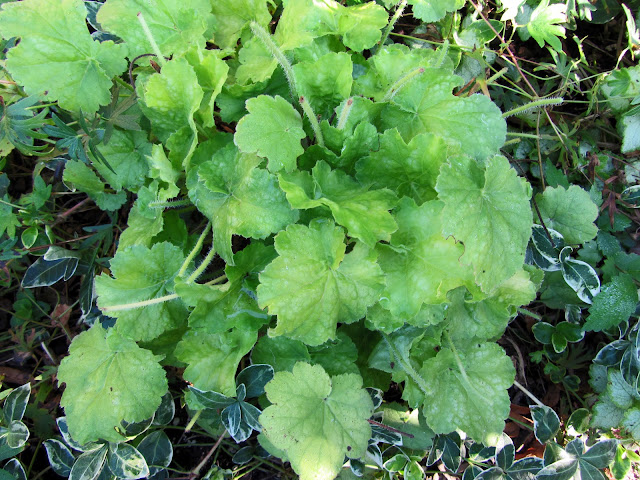 Heuchera Miracle
This is a full sun heuchera, lost its leaf colorations in the heat, some black spotted leaves. 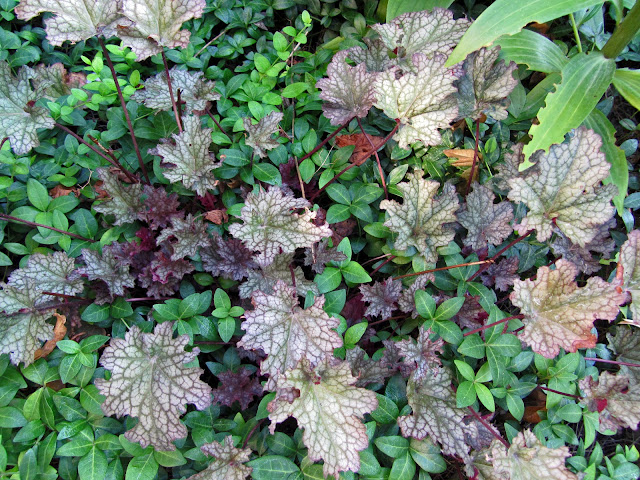 Heuchera Plum Pudding
You can see the bleached out leaves with some plum colored ones rejuvenating the plant.
The large leaf Heucheras like Southern Comfort change color to muted shades of gold with brown spots on some of the leaves. 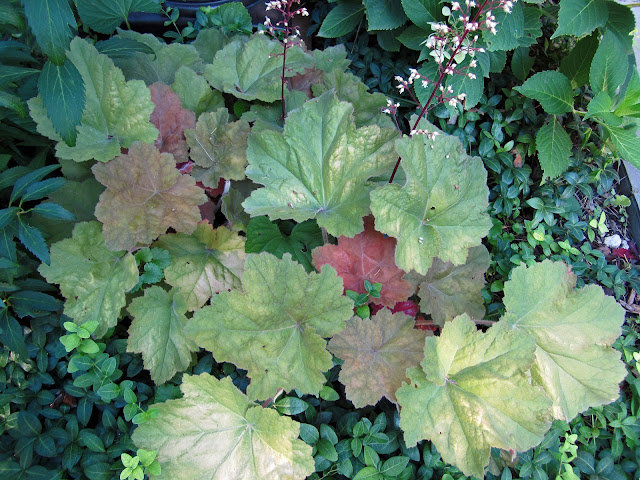 Heuchera Southern Comfort
The bleached out leaves have been a symptom of the heat along with blotches on the leaves, continually trying to regrow the original colorations. 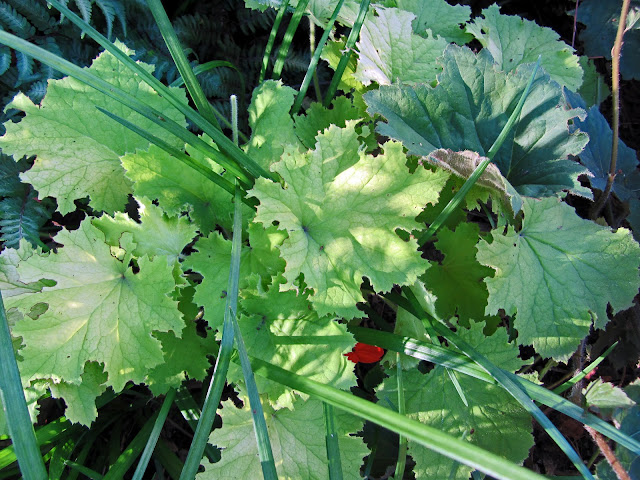 Heuchera Pistache
The leaves have been chewed and the color is not the lime green it should be for this part shade variety.
Clip off the affected leaves and new leaves will regrow.  This has been a daunting task this summer because some of the leaves have turned crispy and are very unattractive. 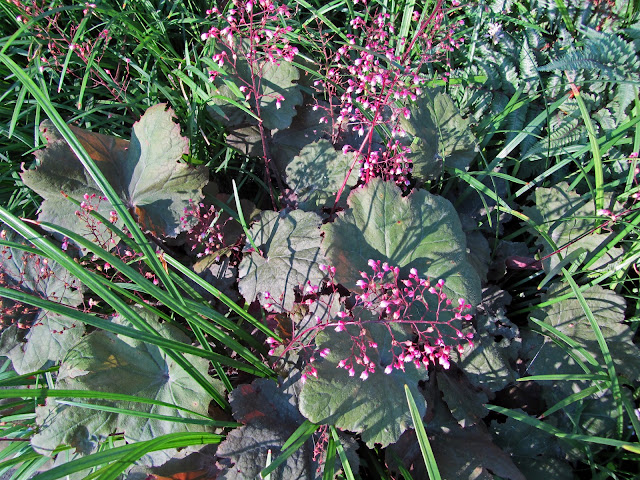 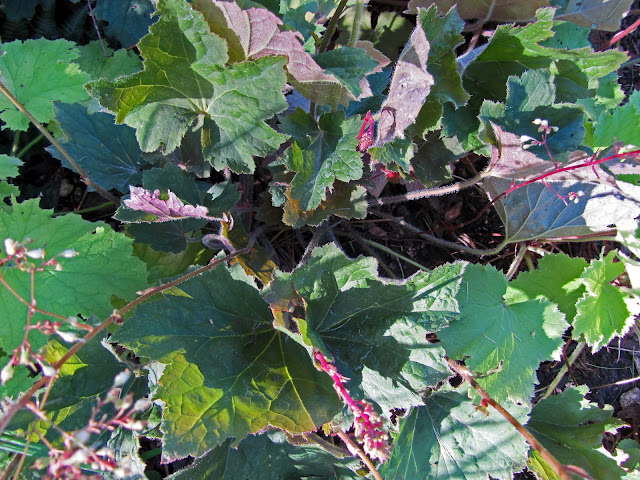 Heuchera Villosa Pupurea
An original villosa heuchera (part shade) from which all the new villosa varieties came - It has lost its soft purple/brown colorations and royally chewed this year. 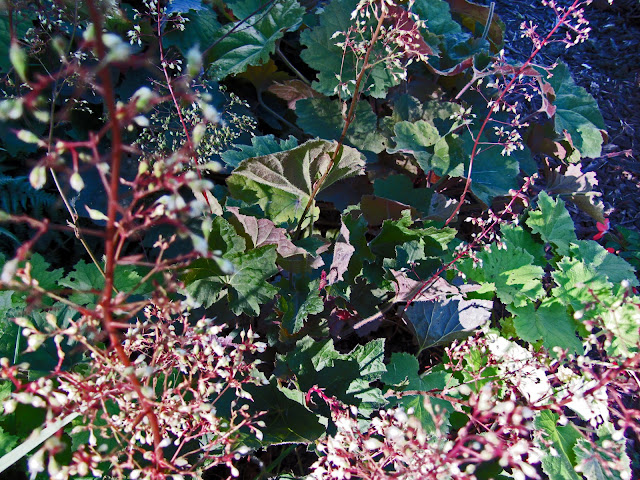 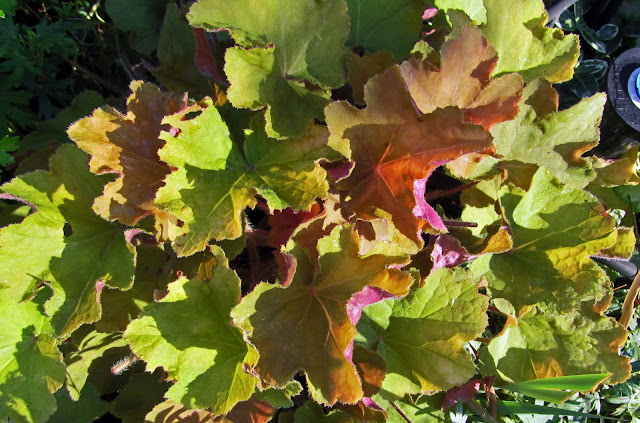 Heuchera Carmel
Carmel is a popular heuchera and is used extensively in landscape design.  It has struggled to keep its wonderful color and has succeeded better than most.
A surprise to me that the least affected varieties in my garden are the Heucherellas!  I have not had to trim but a few leaves, they seem to love the heat without the drastic color change of the heucheras. 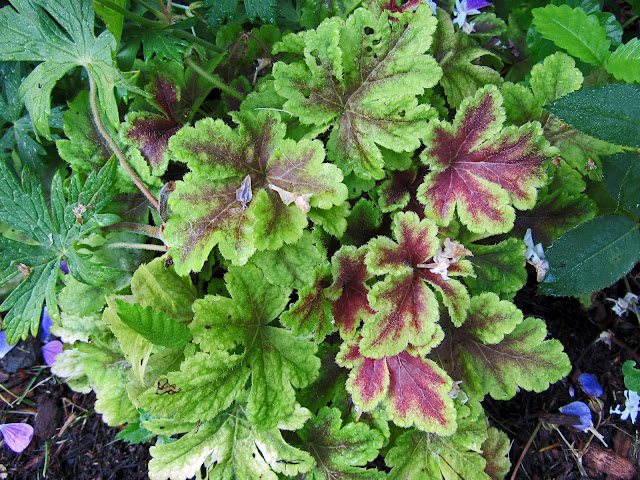 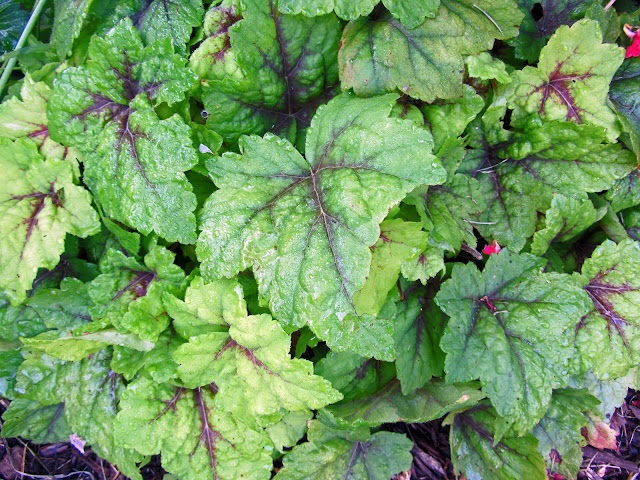 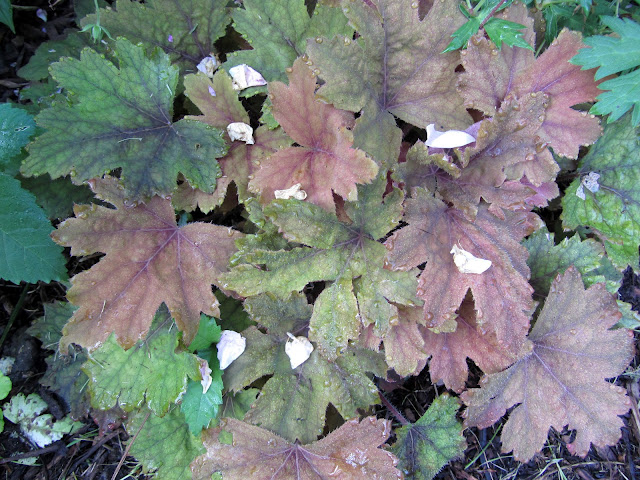 Heucherella Sweet Tea
So we know what the heat does to some heucheras, it fades the leaves and crisps some varieties, heucherellas hold up much better.  I guess we have some rethinking to do in regard to one of our favorite new plants!
Posted by Gatsbys Gardens at Thursday, August 02, 2012 11 comments: Links to this post