Fall is coming in slowly this year and supposedly will last longer than normal.  The Limelight Hydrangea in the header is more rose colored than ever before. 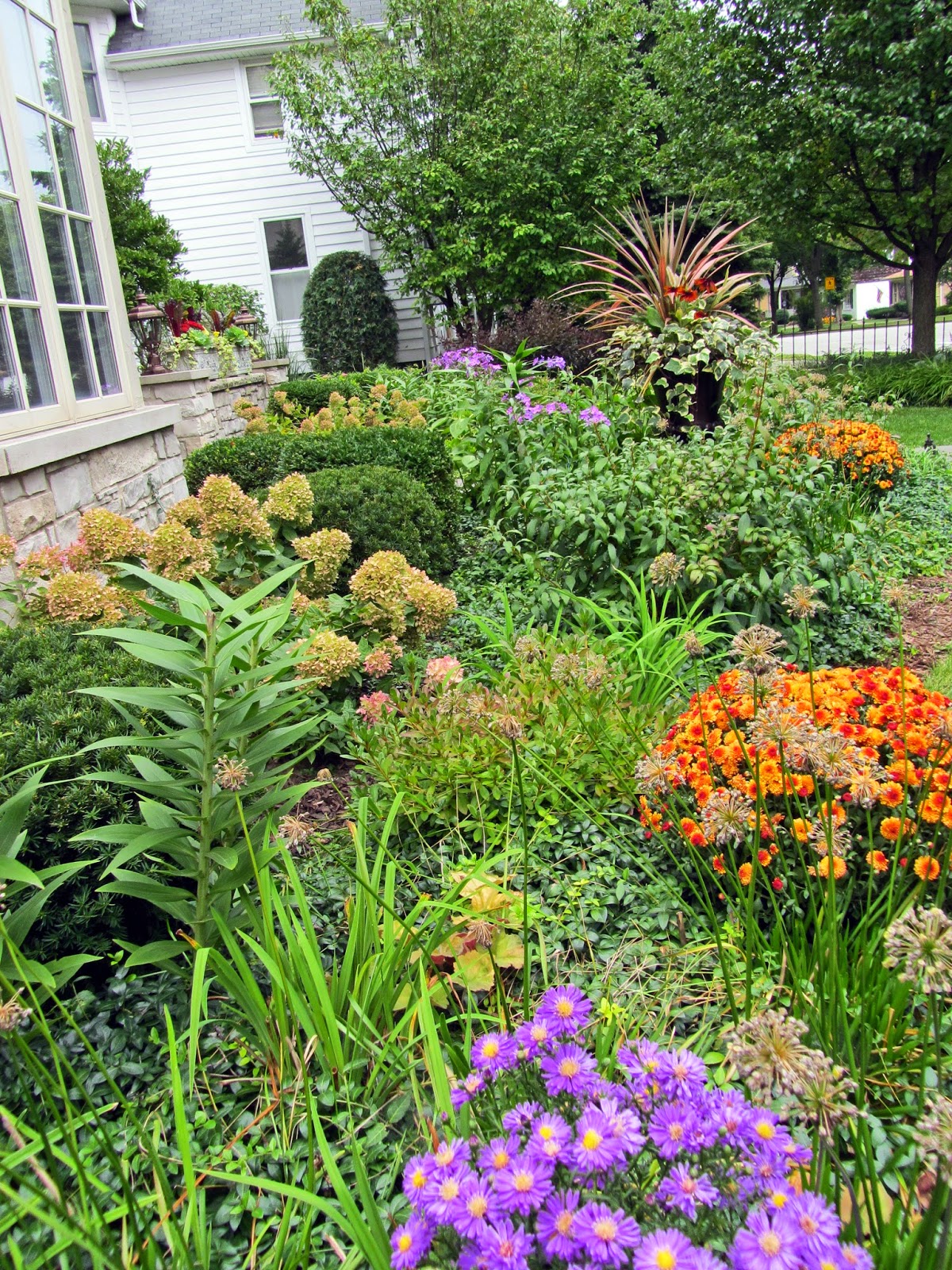 A new variety of Aster, "Kickin Asters" in the foreground, daylilies resprouting green leaves after trimming. 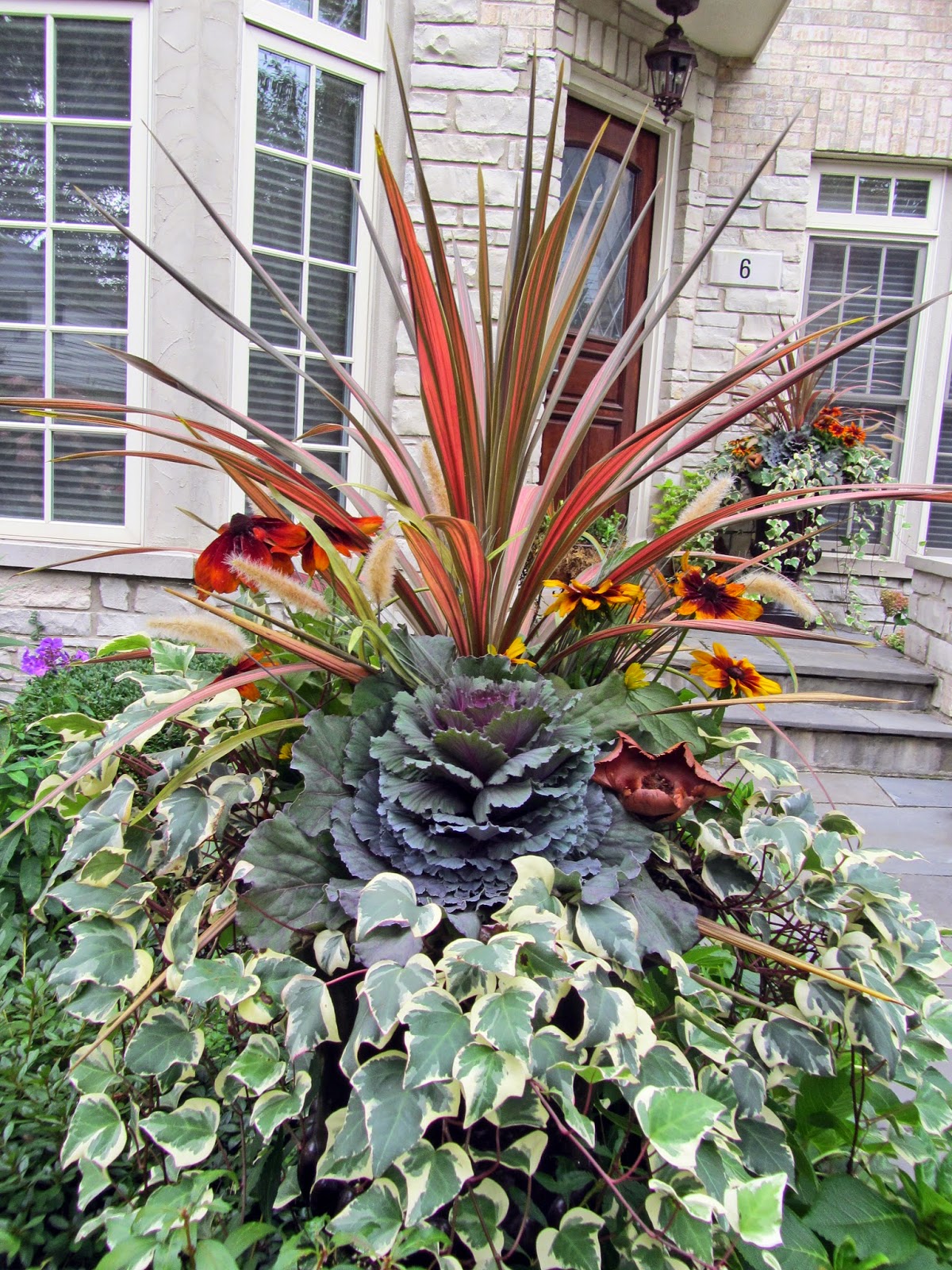 The large containers in front have been redone for fall.  However, the ivy and cordyline have been kept from the summer - both will tolerate cool weather. 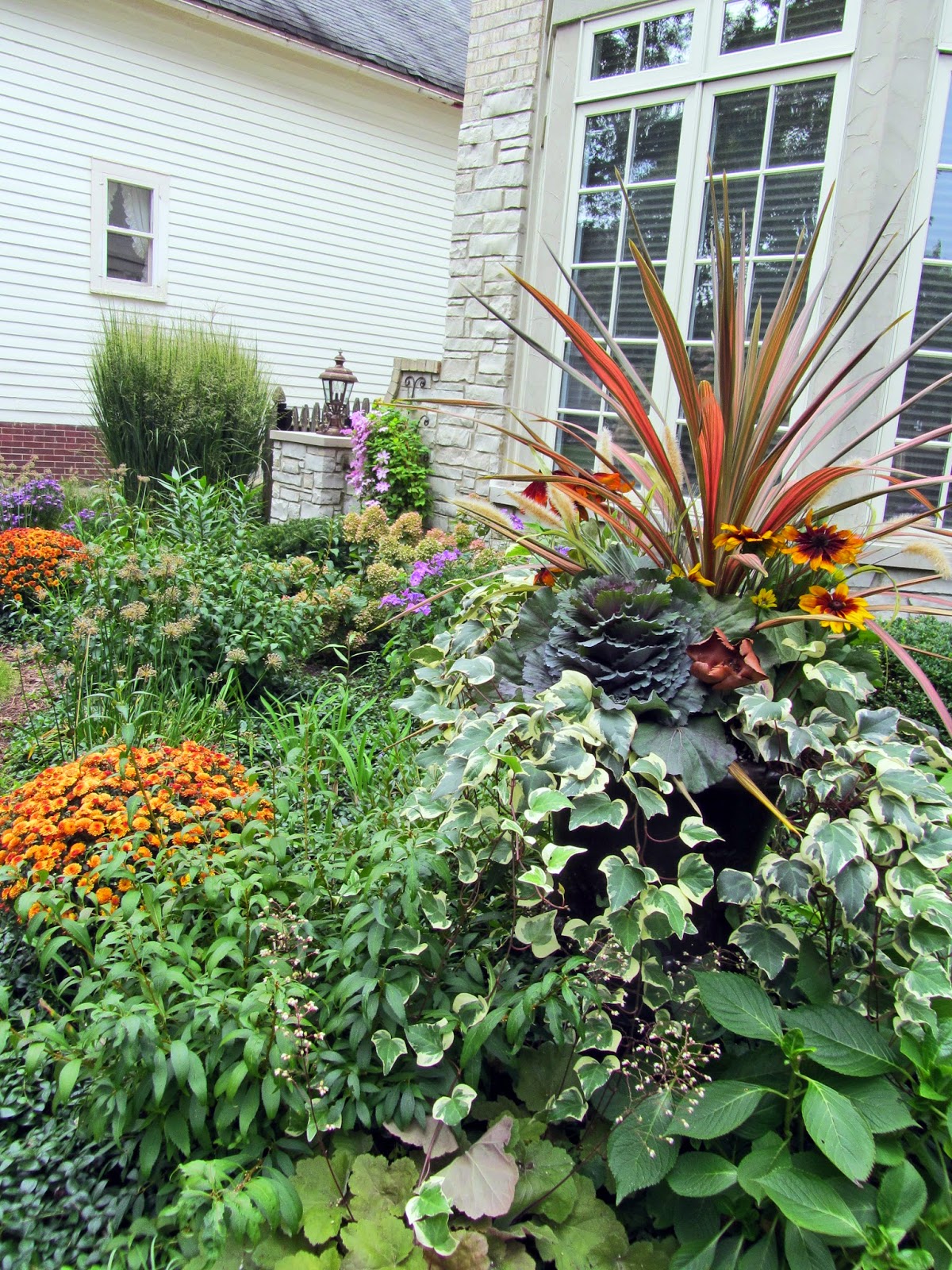 The fall colors have not taken over yet in the front garden but will soon look like a fall collage. 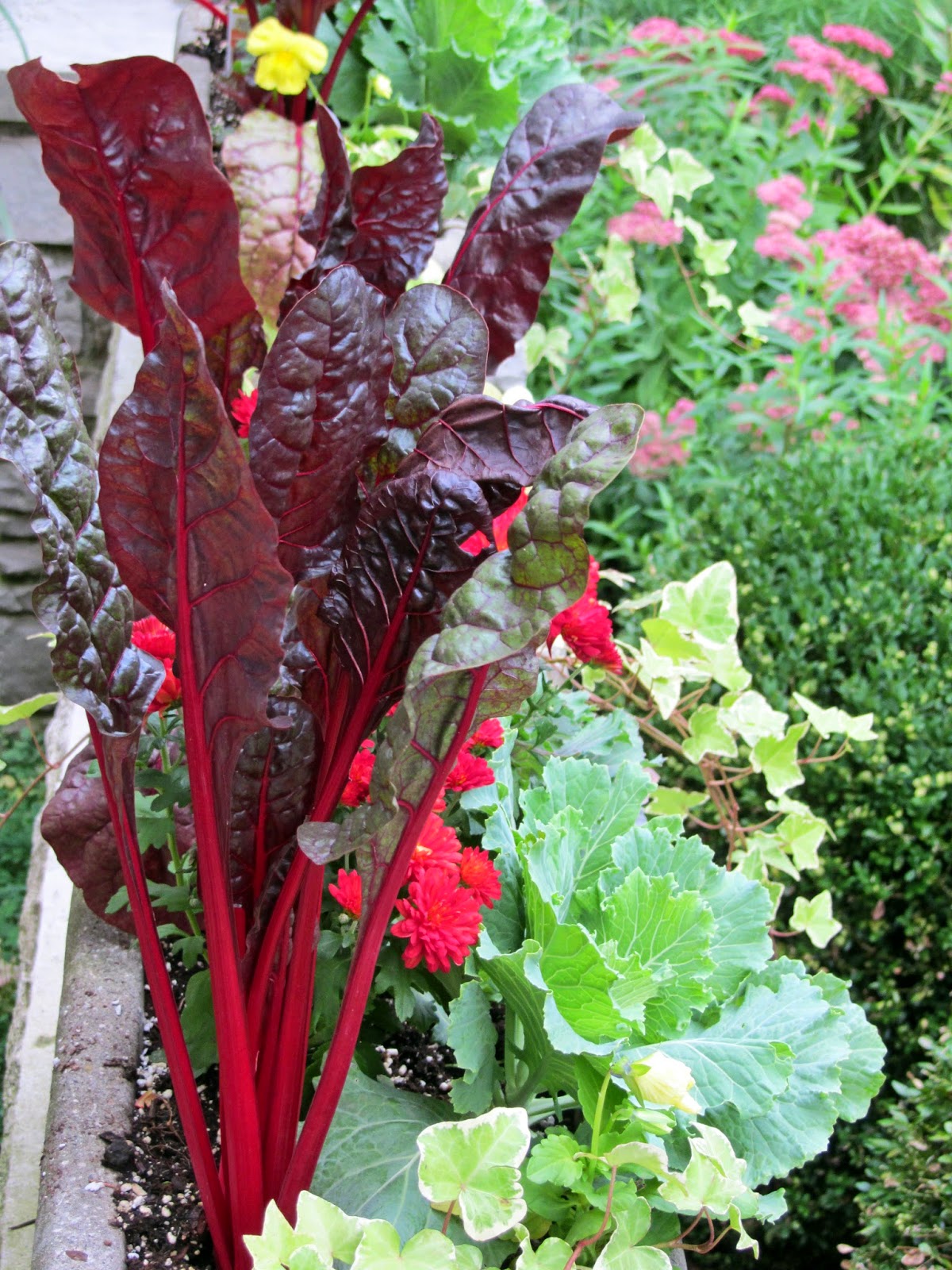 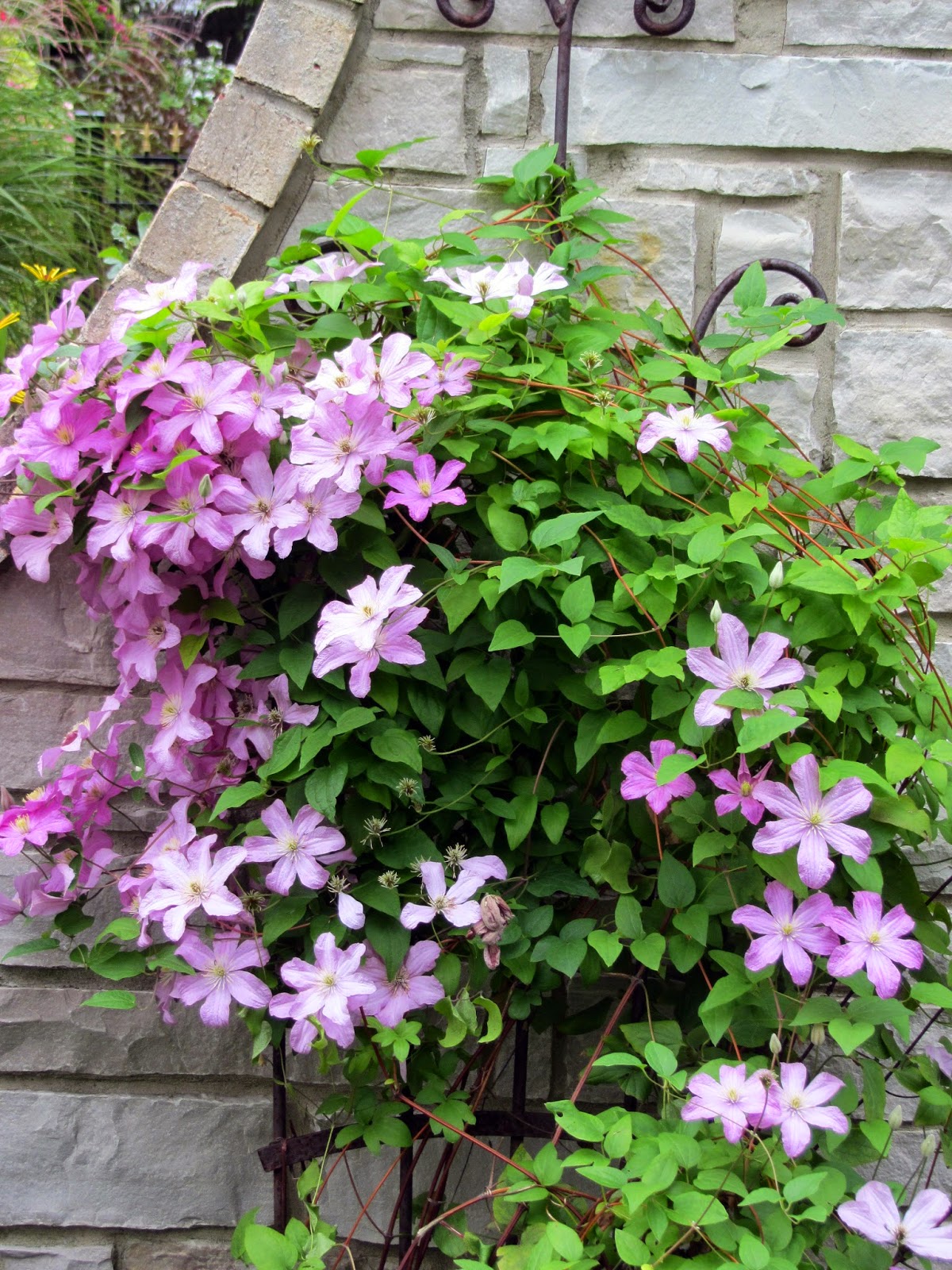 Comtesse de Bouchard is reblooming, trimmed back by one-half after blooming in the summer. 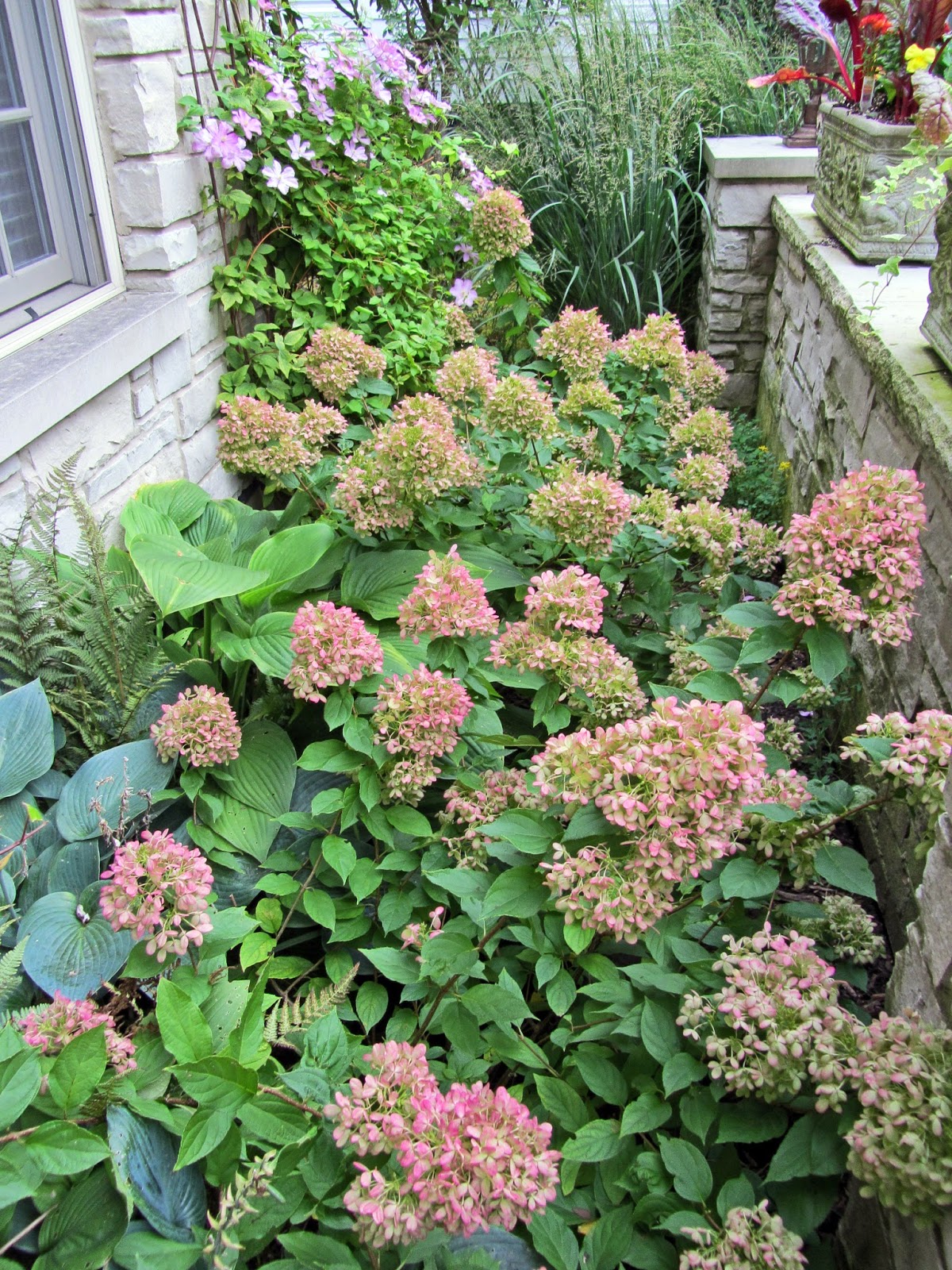 Little Lime Hydrangea is behind the stone wall in front where I used to have the Rhodies.  They love the east exposure and will take water much better, also have a longer cycle of bloom and color for four seasons. 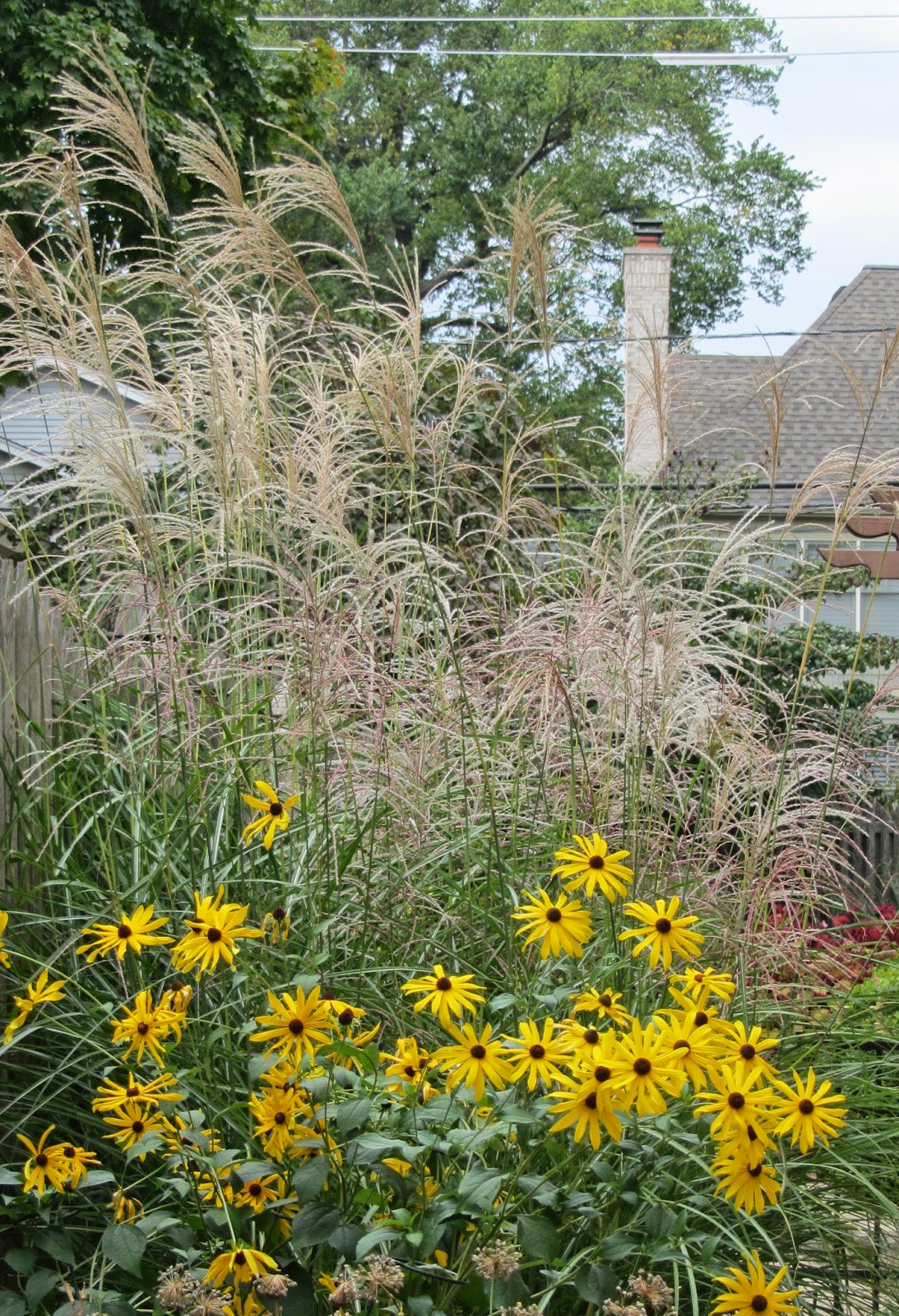 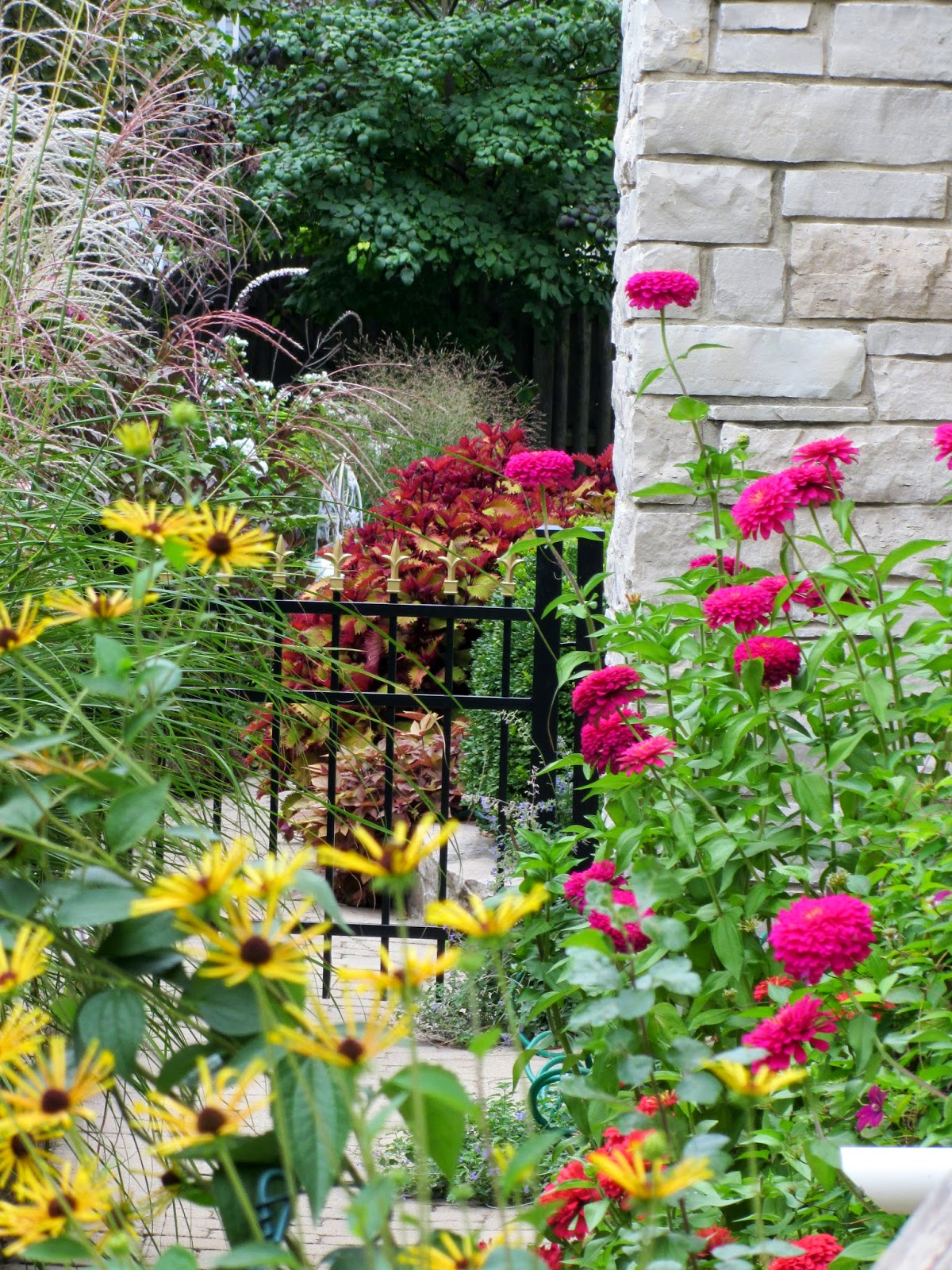 Rudbeckia Henry Eilers and Zinnias vie for attention on the south side. 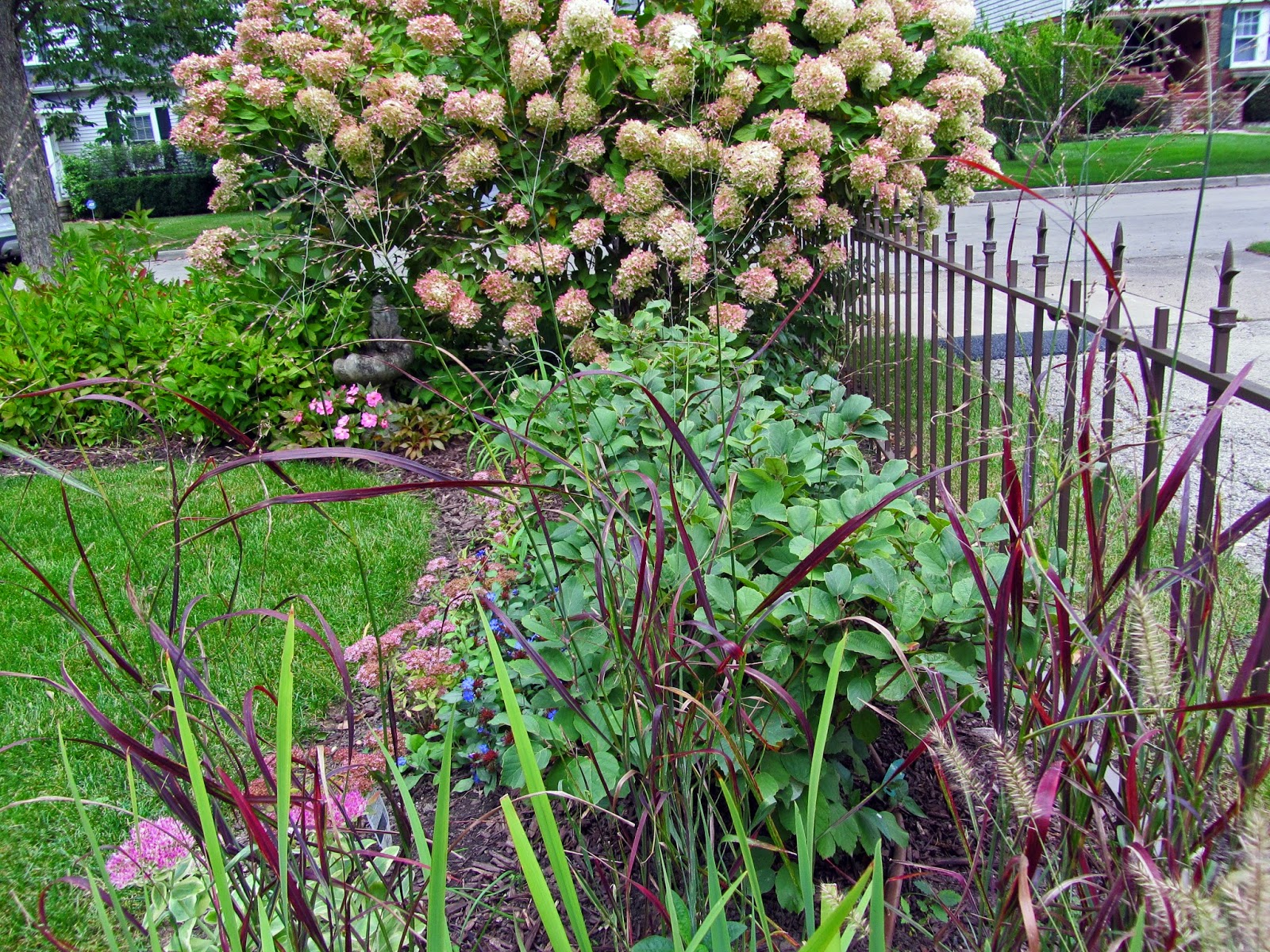 Panicum Ruby Ribbons is not as full as other Panicums but it does add a deep red color to the fall garden. 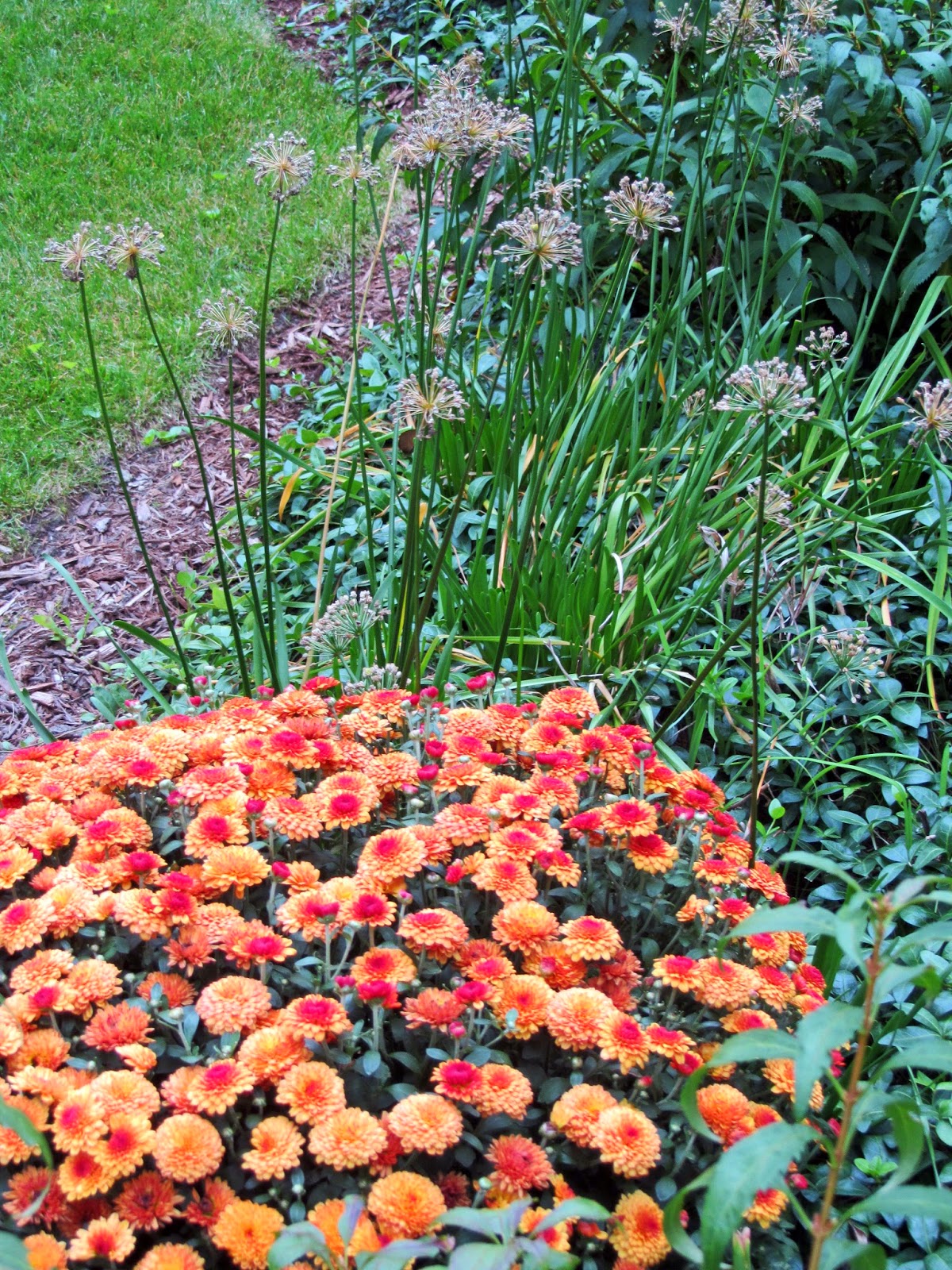 Allium Summer Beauty in the background can remain standing for fall if they hold up.  Some of mine hold their seed heads and some don't.  Usually by late fall I have cut them down. 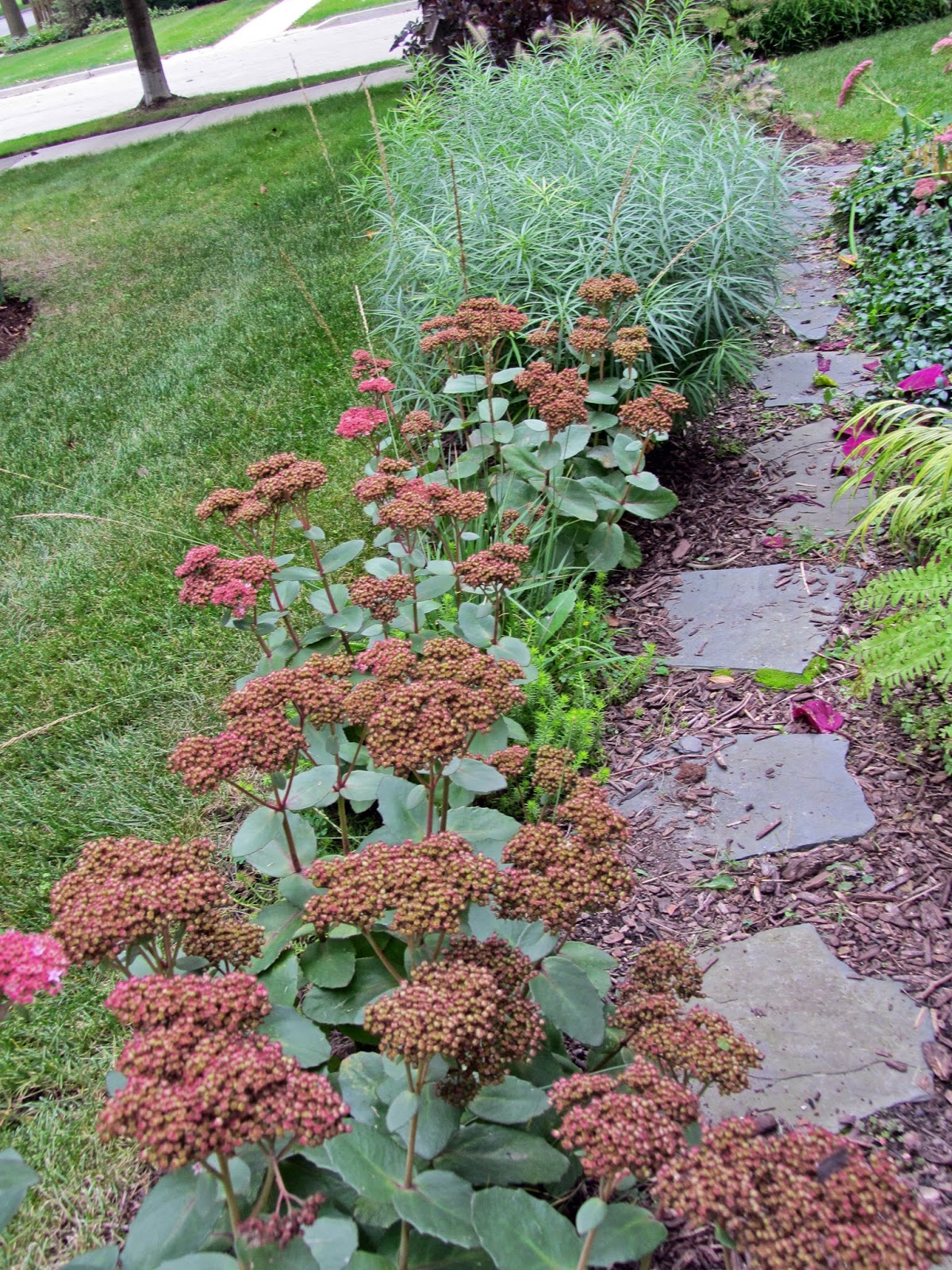 Sedum Matrona And Amsonia Northwind
This is an upright sedum, starts out pink and turns a chocolate color for fall and winter. 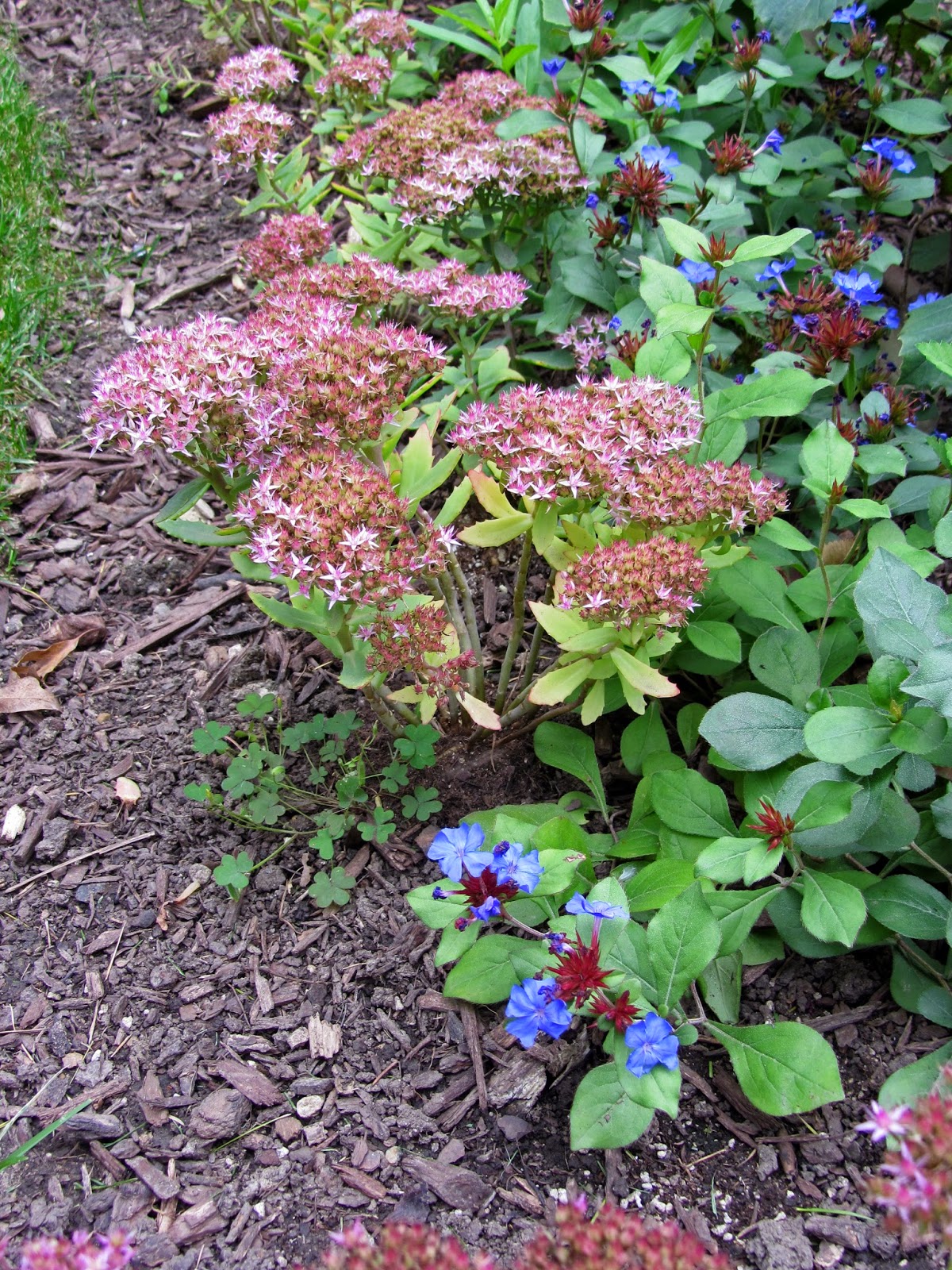 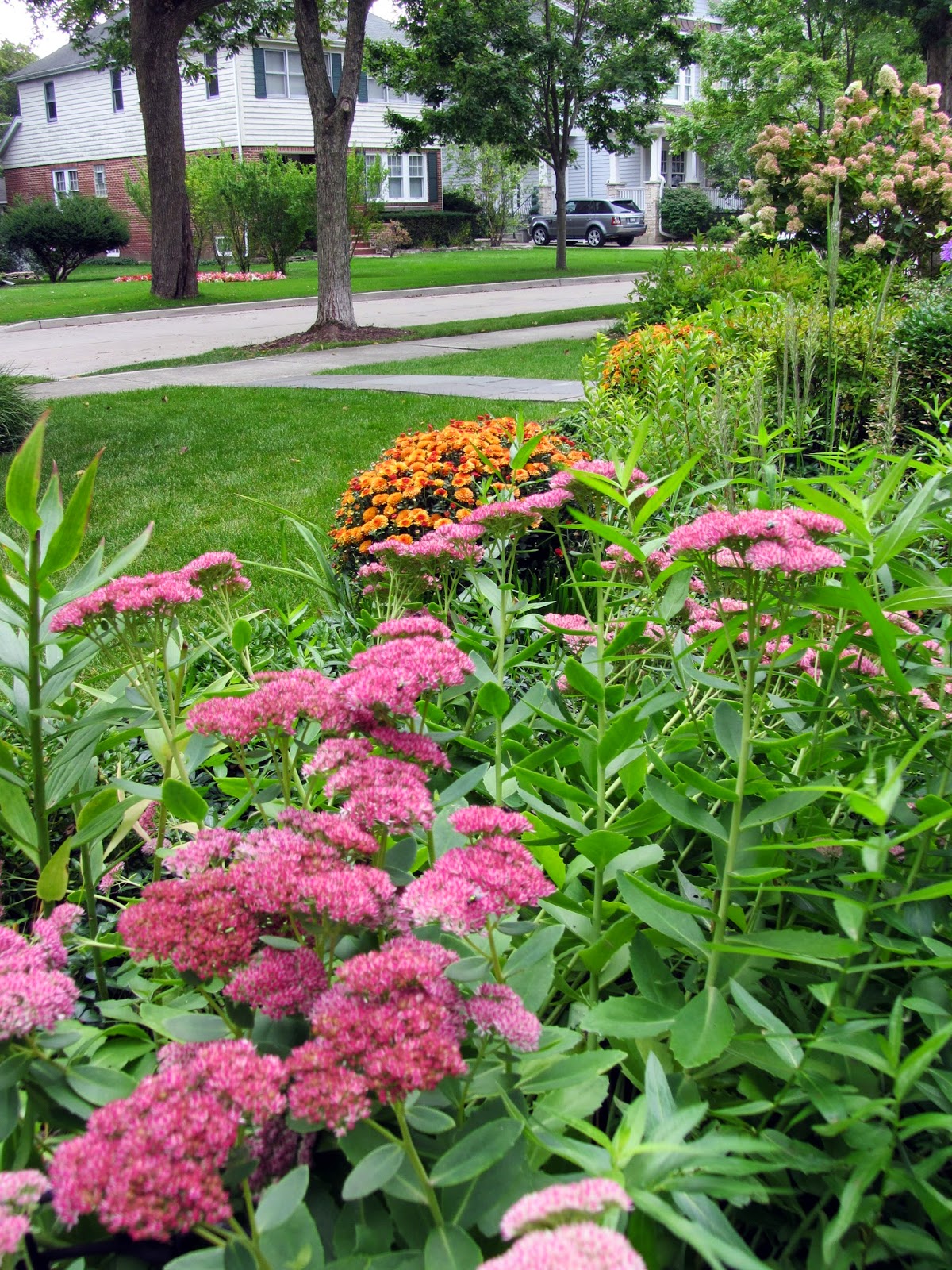 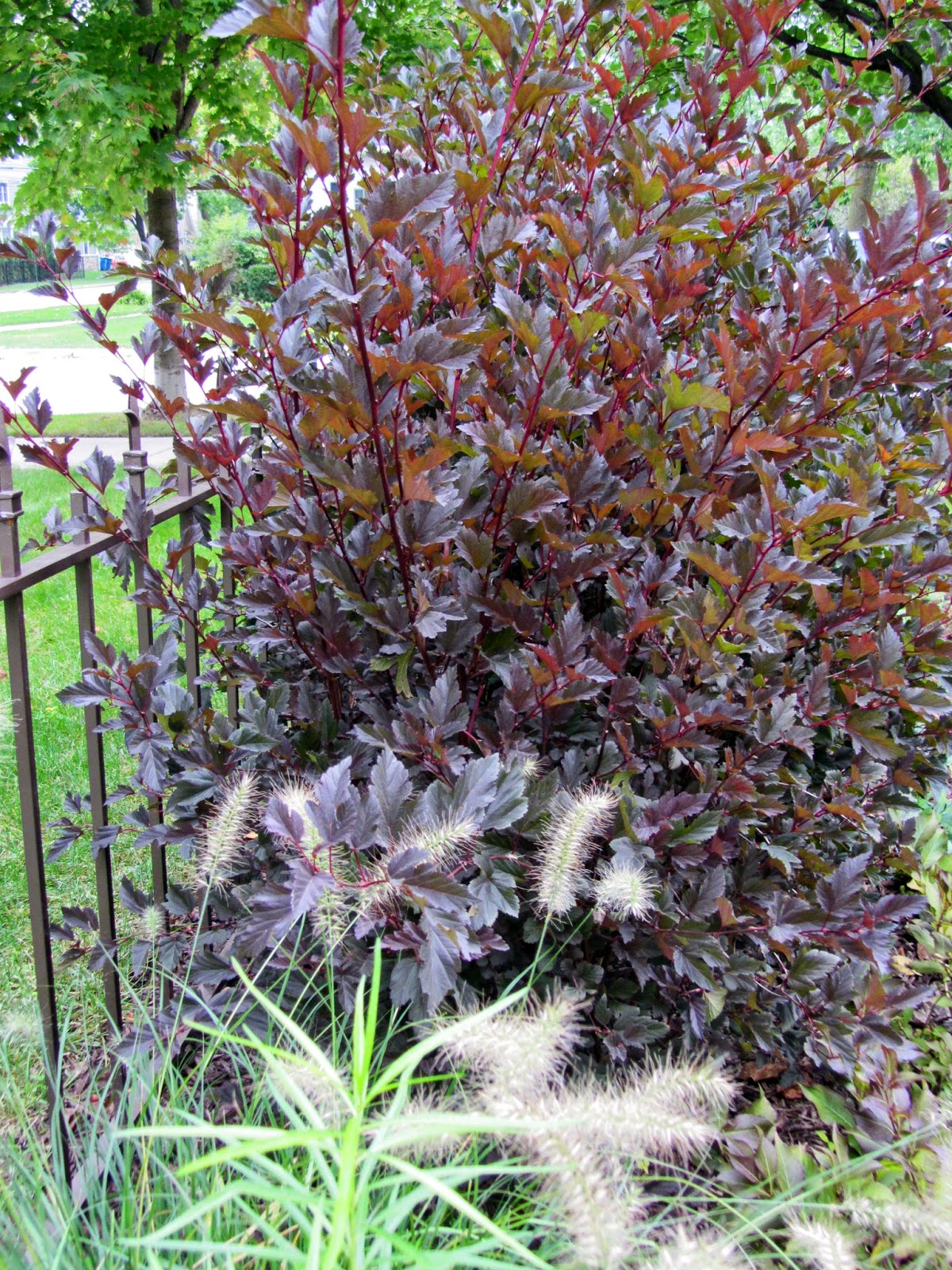 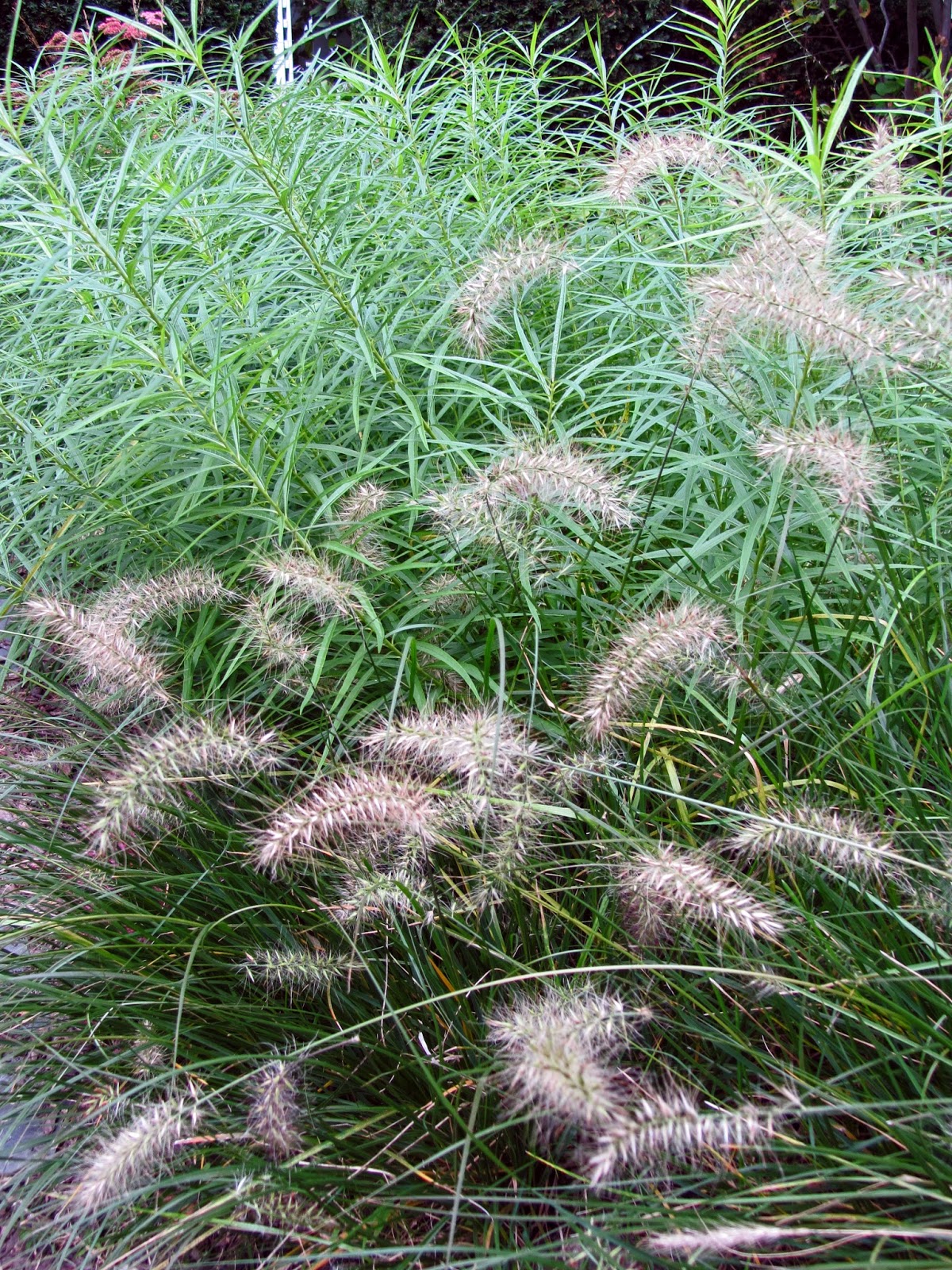 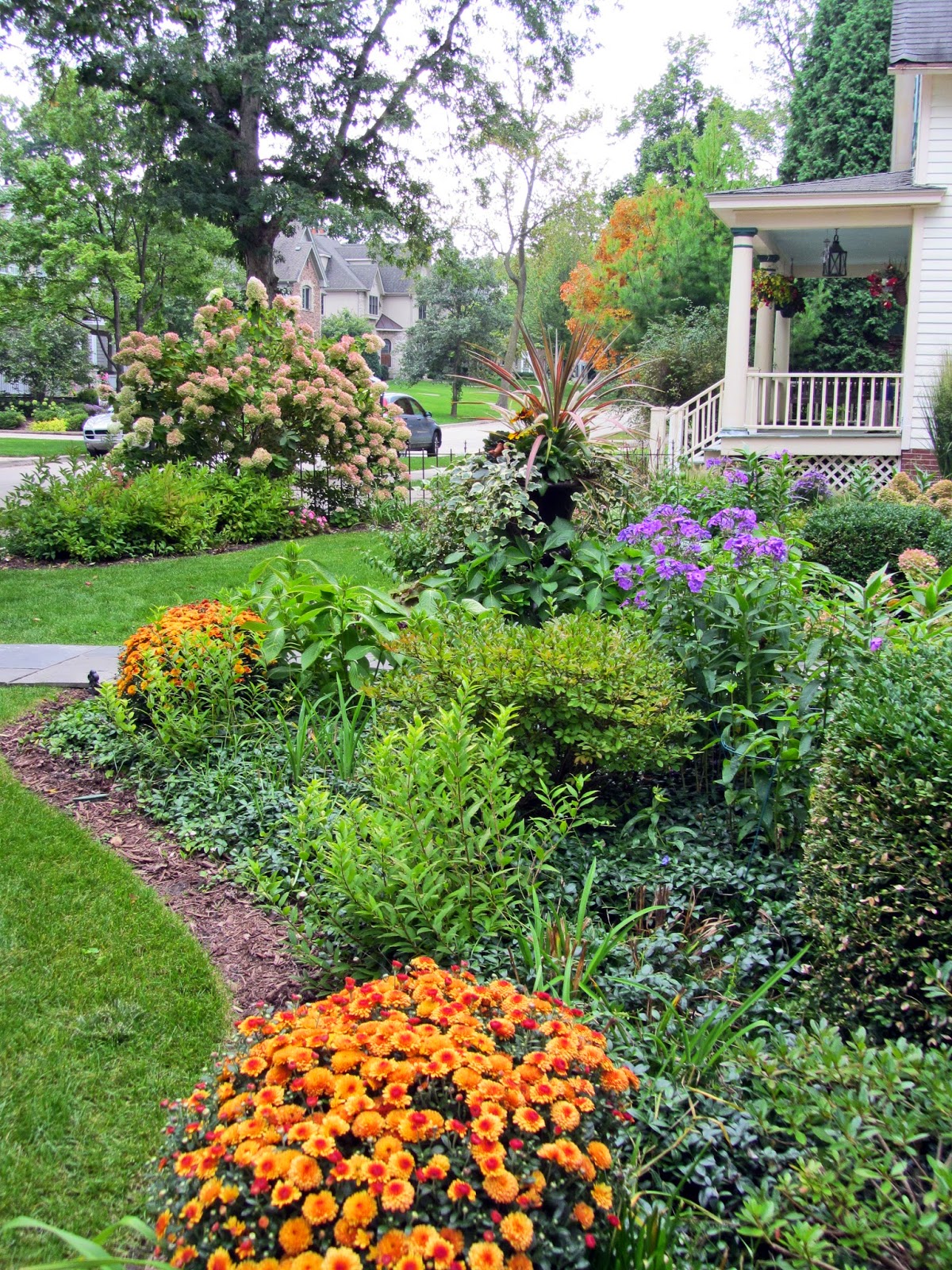 I spy only one tree in the distance turning color, hope it is not diseased as the one next to it was just cut down last week.
Posted by Gatsbys Gardens at Sunday, September 21, 2014 No comments: Links to this post