For most flowering perennial plants fall is not an overnight goodbye.  We notice less flowering, yellowing stalks and leaves and finally shades of brown.  Our annuals usually say a pretty quick goodbye sometimes overnight a shriveling and then gone!

Now is the time of year when we need to look at what we have outside that we want to keep going by bringing them inside.  Remember, whatever you bring inside can also contain some of the outside like insects. 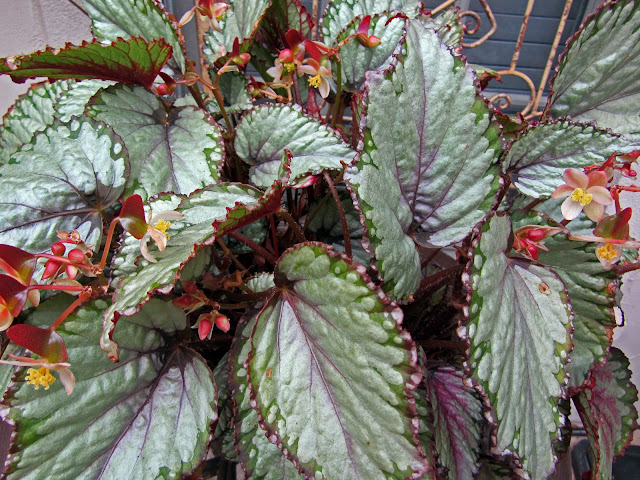 The Rex Begonia was a Victorian houseplant, however, this year at the Chicago Flower and Garden Show it was shown as an outside bedding plant.  I used it on my patio and it did very well but I will try to winter it over indoors because it has become quite a large specimen. 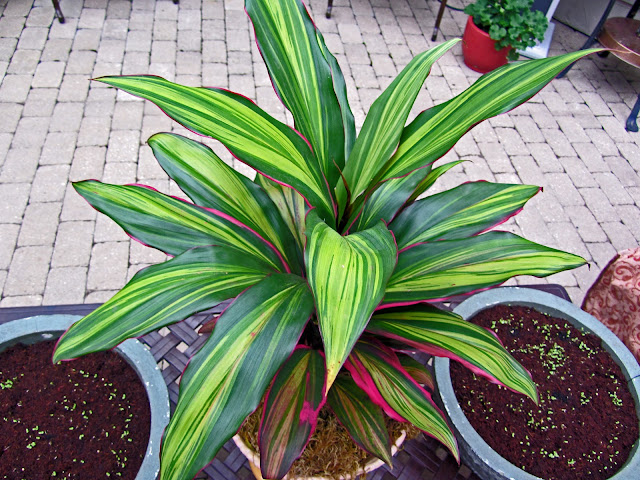 This Dracena will be coming in because I love the colors.  The containers on each side are my fall lettuce crop, gave up trying to sow it in the veggie garden because of the rabbits, chipmunks, etc.  I saw lettuce planted in containers for the fall at a local nursery and they were beautiful. 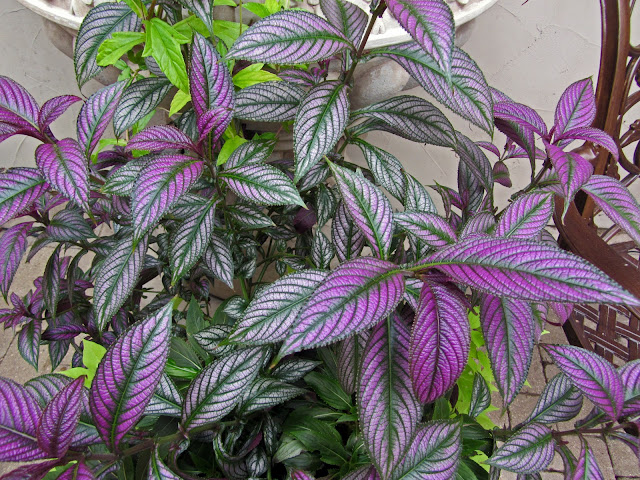 Persian Shield was an impressive annual this year, not going to save this one, but so far it has weathered our first cold snap. 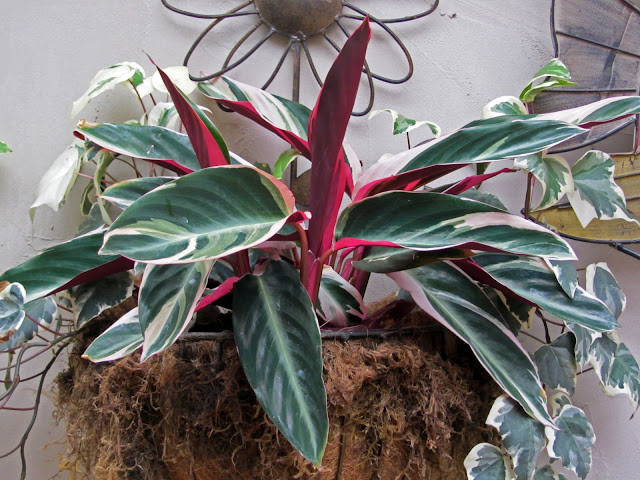 This was a star on my patio this year and I will try to replant it in a container for the winter.  I cannot remember the name, but it was very hardy in my basket containers.  The Algerian Ivy will not do well indoors, at least not in my house. 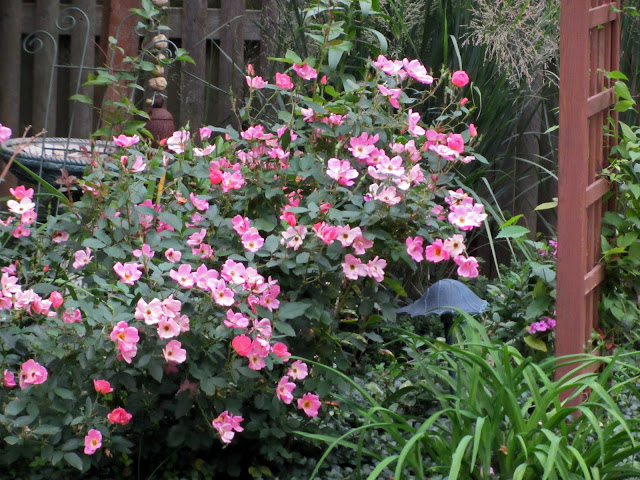 Rainbow Knockout is a favorite and had a very difficult summer with insects.  It is one of my longest blooming roses and is not disappointing me at the end of the season. 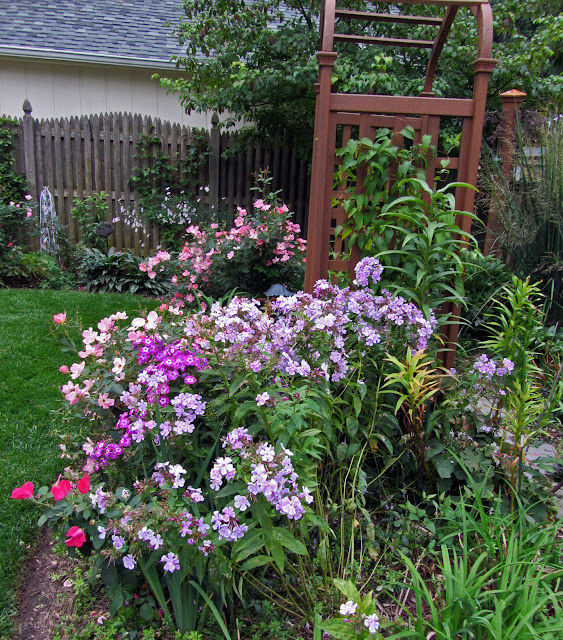 The phlox is winding down but with deadheading and some warmer weather could still put out another burst of blooms. 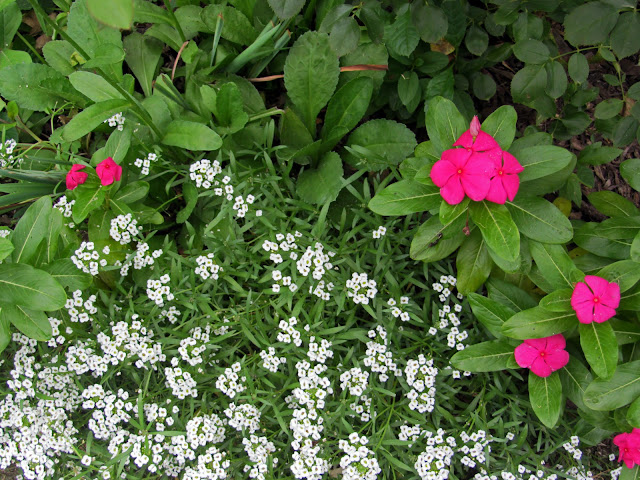 I grew Vinca this year for the first time in many decades and along with allysum has really been a long time bloomer. 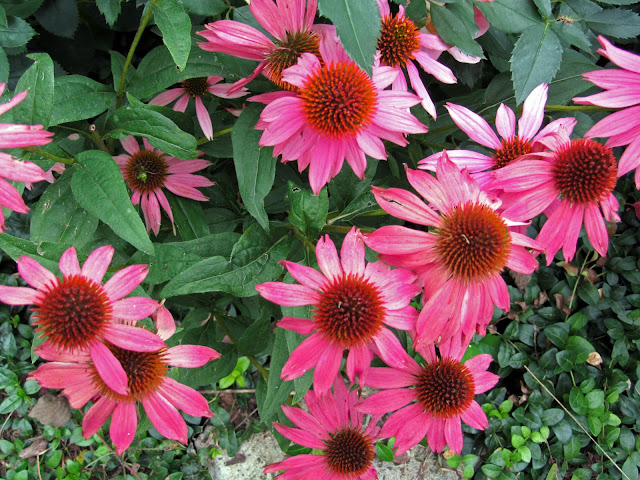 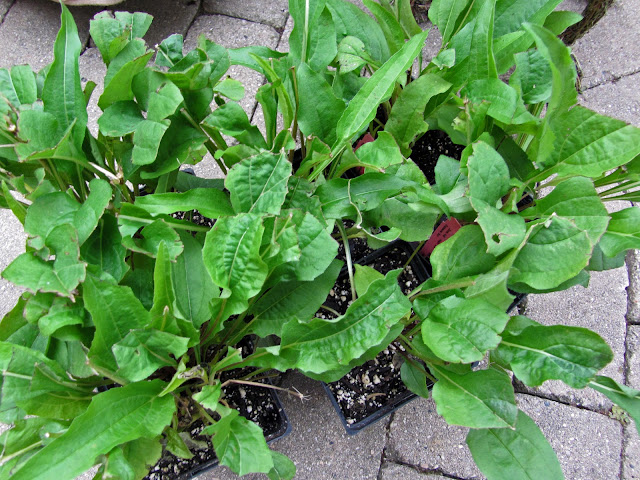 I went on a search to find more Kim's Knee High and it was not available anywhere.  So, I ordered  Kim's Knee High Red from an online nursery.  The plants are large and look very healthy, must get them in the ground.  They were already trimmed and cut back to curtail dieback when transplanted. 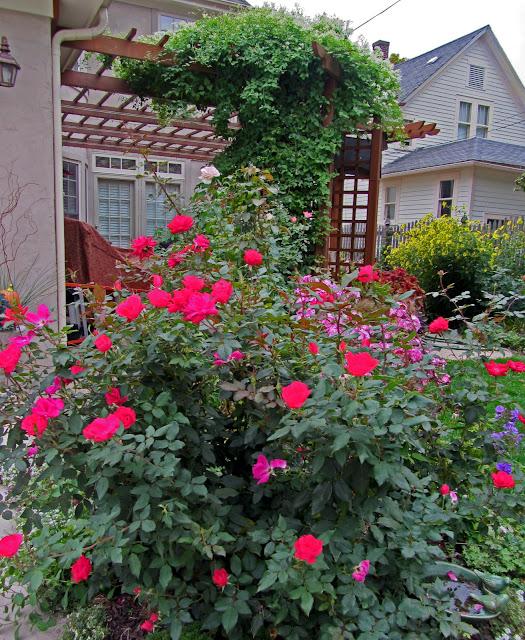 Knockout double and single have come back strong but it is a shame that through most of the summer they suffered through rose midge and Japanese beetles.  They will bloom through October unless we have a hard freeze. 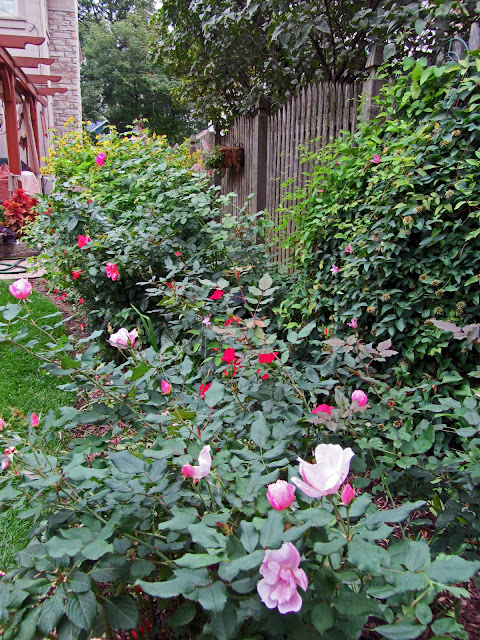 The roses are such a staple in the fall garden, Blush Knockout in the foreground, Home Run, All The Rage. 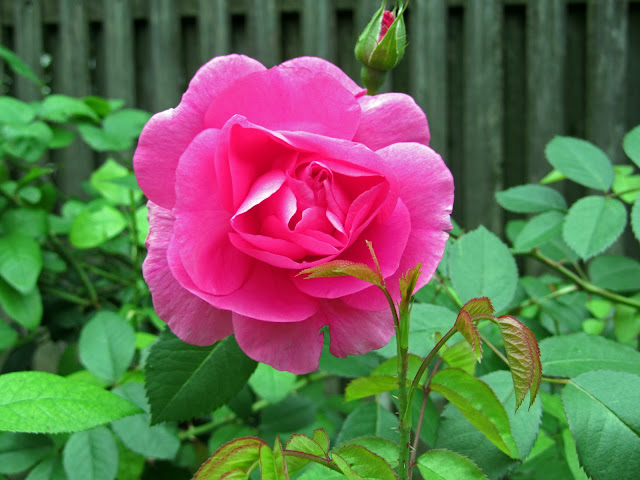 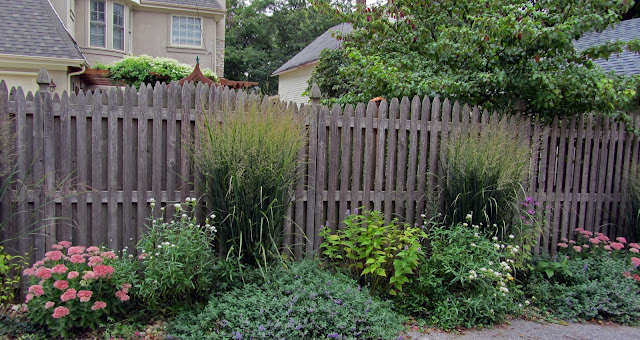 The Alley Garden is sometimes forgotten but adds an atmosphere this time of year that is welcome as we say goodbye.  I have cut back the Agastache Blue Fortune because it was leaning so heavily, next year plant hoops.  It was just about done with less bees visiting each day.  The plantings in the alley are all xeric and watering is minimal. 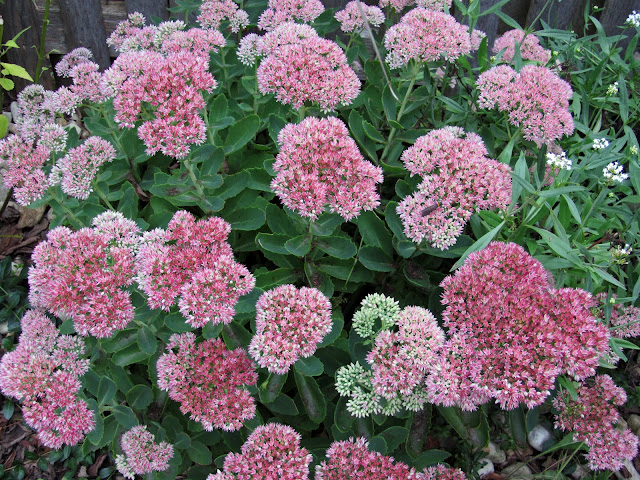 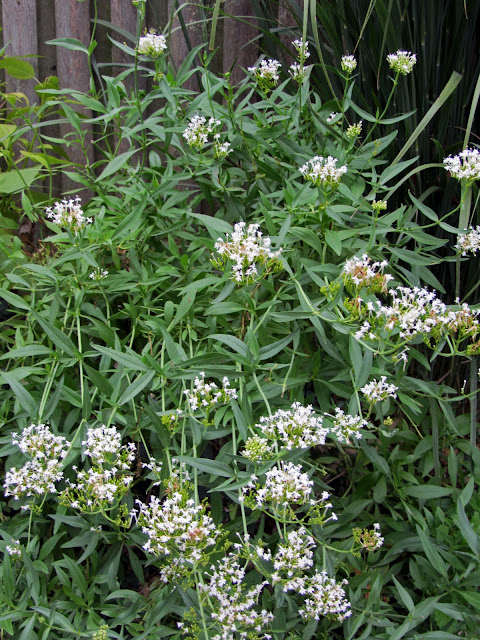 ﻿Centhanthrus Alba
Blooms all summer into fall (a weaver) 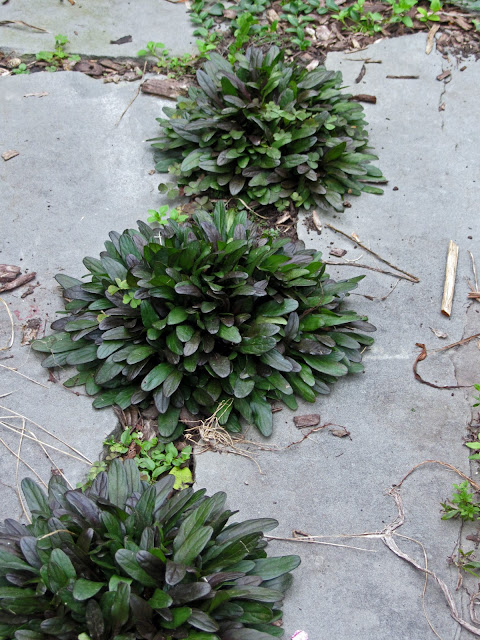 It is probably fitting that I end with Ajuga Chocolate Chip since I didn't think I would ever see it again.  It came back in very late spring and never flowered but it looks wonderful now.  We will see if it chooses to grace us with its presence next year!
Posted by Gatsbys Gardens at Saturday, September 17, 2011 23 comments: Links to this post