Carving pumpkins into Jack-O-Lanterns is a centuries old tradition which began with the Irish carving turnips and beets as lanterns placing them in their windows, lit from the inside with a lump of coal.  They were used as a welcome for those who had passed on and as a deterrent to evil spirits. When the Irish immigrated to the United States in 1848 during the potato famine they could not find many turnips or beets, but found an abundance of pumpkins.  From this time on, the carving and lighting of the pumpkin became a tradition in the United States on All Souls Day.  This tradition later became transferred to the day we celebrate Halloween. 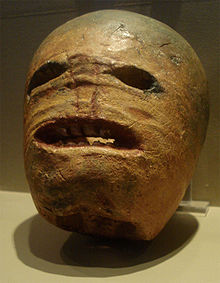 Did you know that pumpkins are not a vegetable - they are a fruit!  Pumpkins, like gourds and other varieties of squash are all members of the Cucurbitacae family, which also includes cucumbers, gherkins and melons.  Pumpkins have been grown in America for over 5,000 years.  They were unknown in Europe before the time of Columbus.

If you are going to carve a face in your pumpkin it works very well with an elongated pumpkin rather than a round squatty one.  It is so much easier to carve if you have a very ripe pumpkin, hard to know this until you stick in the knife.  Sketch out your face on the best side of the pumpkin,, cut a circular lid on top (large enough to insert an LED candle) scoop out all of the seeds. Separate the stringy fibers from the seeds and wash the seeds in a colander. 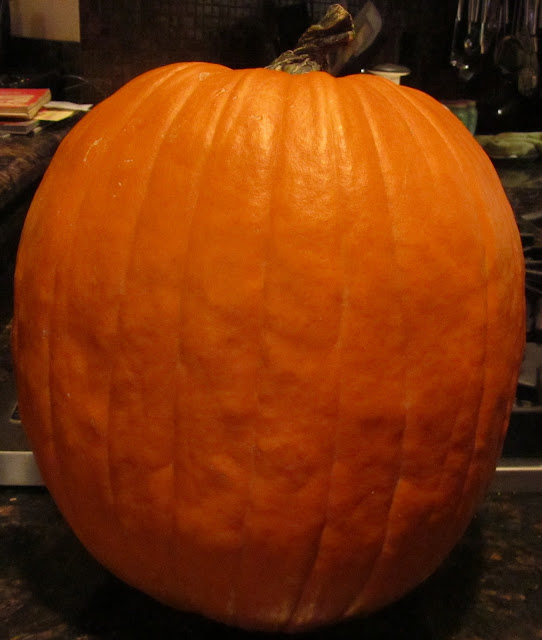 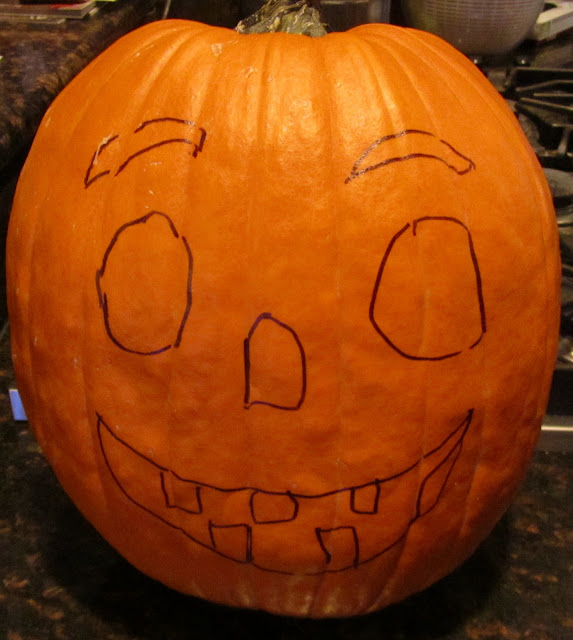 I think the children are better artists than I am

If you are doing this with children it is fun to let them tell you how it feels when they scoop out the seeds, talk about shapes, colors, ask them how many seeds they think are in the pumpkin.  Help them lift the pumpkin, how much do they think it weighs, show them on a scale.  I think you get the idea, this can be a multi-level integrated experience for children.  Lay the seeds out on paper towels and when dry, it is a great activity to count them by ones and then tens.  It is always amazing how many seeds are in a pumpkin! 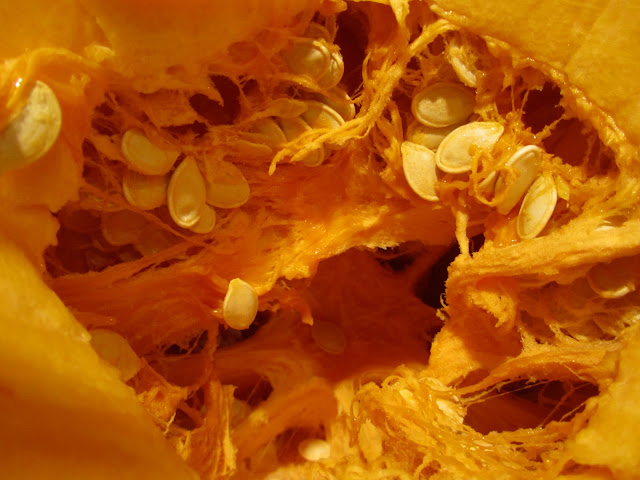 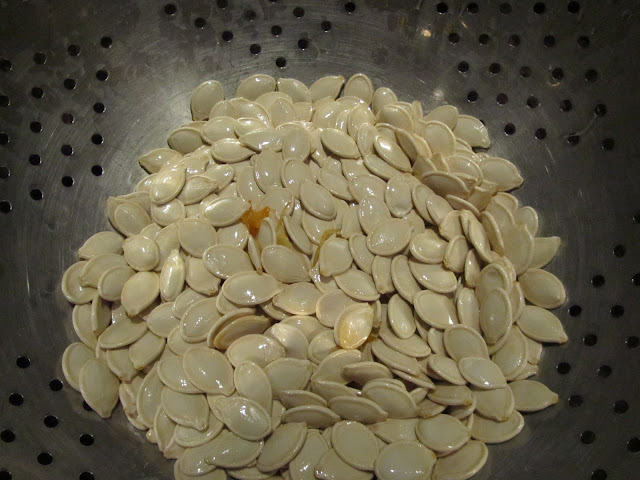 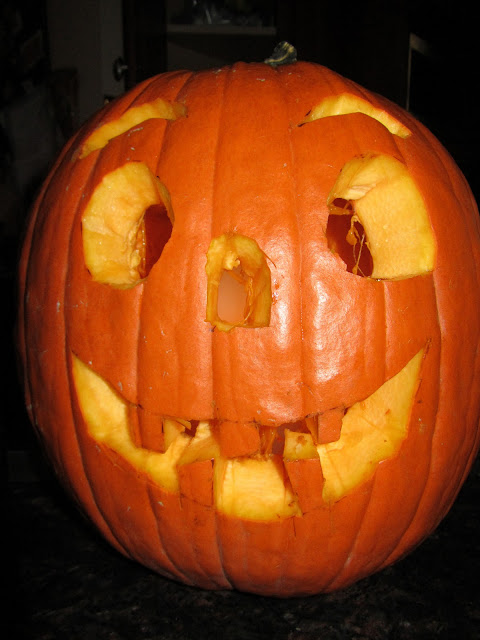 This is certainly not a professional carving job! 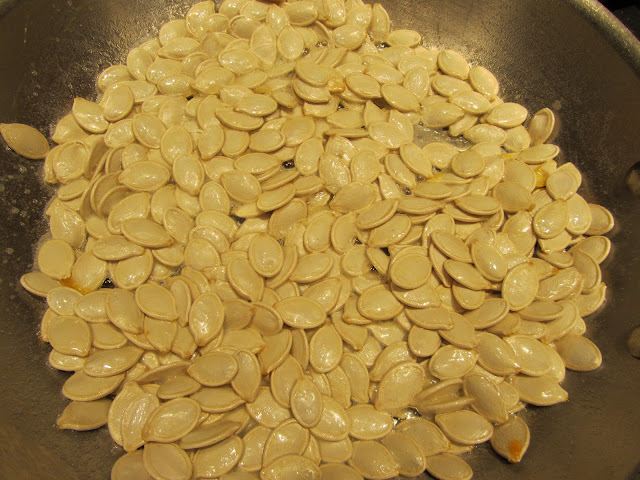 You can't stop eating them!  This is a child tested recipe for pumpkin seeds. 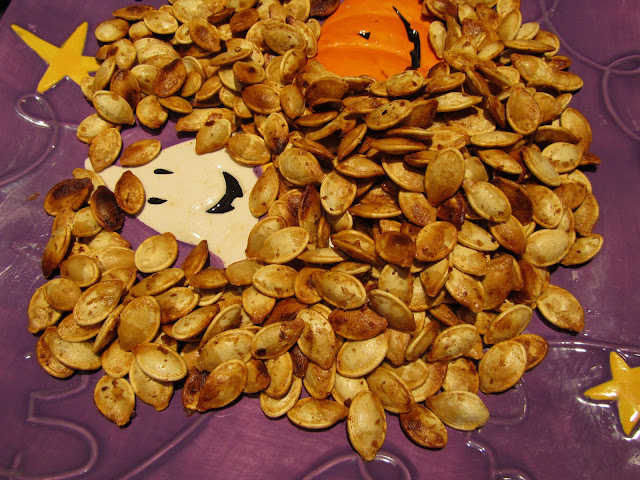 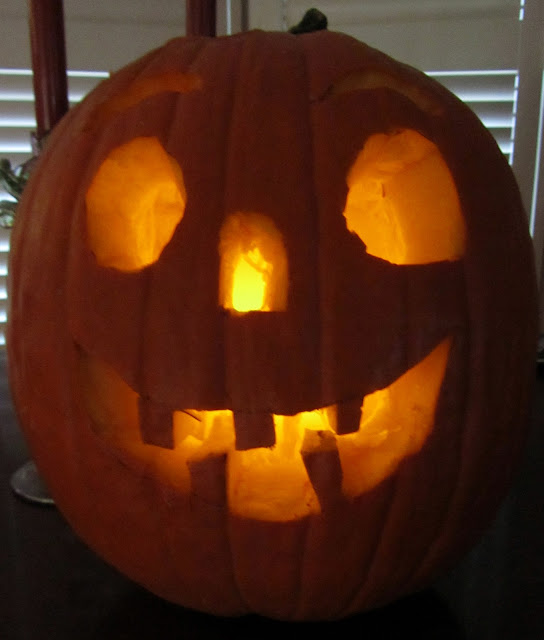 LED candles fit inside and are safe.  I have a six inch one in this pumpkin.

Labels: Halloween
Posted by Gatsbys Gardens at Tuesday, October 22, 2013 No comments: Links to this post