We need really tough plants now!  I guess we could have seen this coming with the past few summers hotter than hot, revamping garden beds, rethinking containers plants, looking for xeric perennials that can withstand this type of climate. 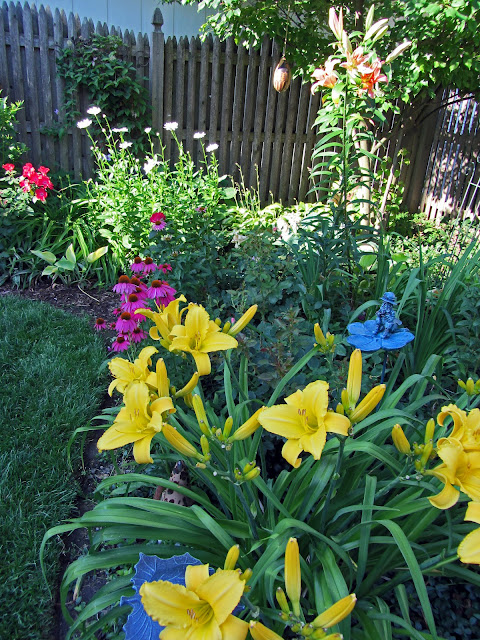 Mary Todd daylilies can certainly take the heat but all daylilies need to be watered to thrive. 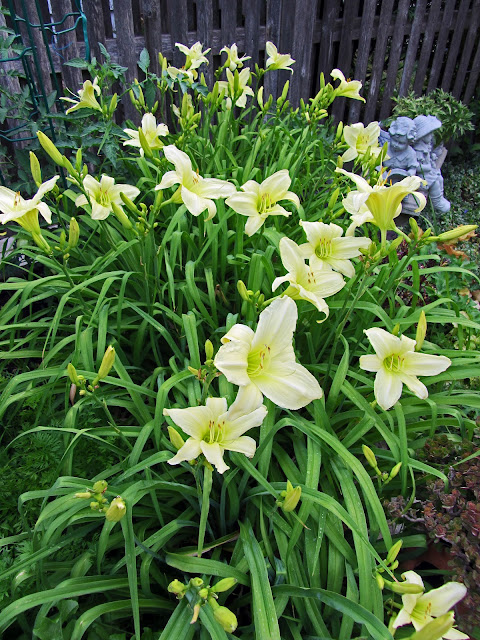 Ice Carnival Daylily thrives at the end of the vegetable garden, almost removed them this year, but they have performed better than ever.

The heat many times causes yellow leaves on the dayliles, just pull them off as you see them, will not harm the plant. 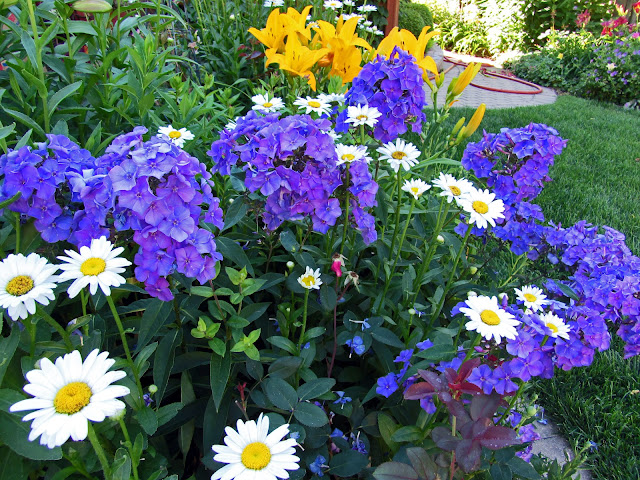 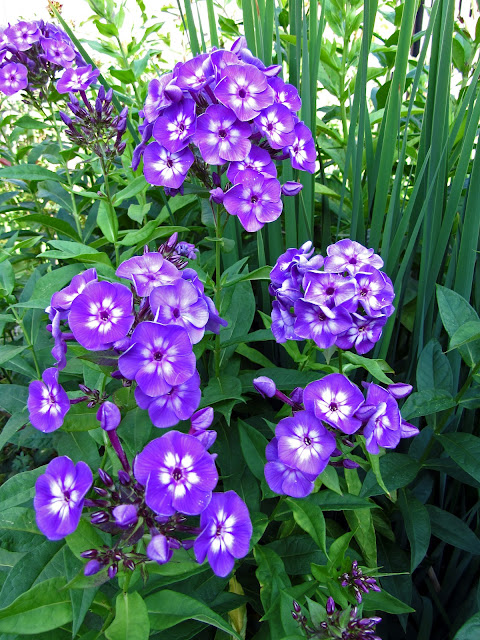 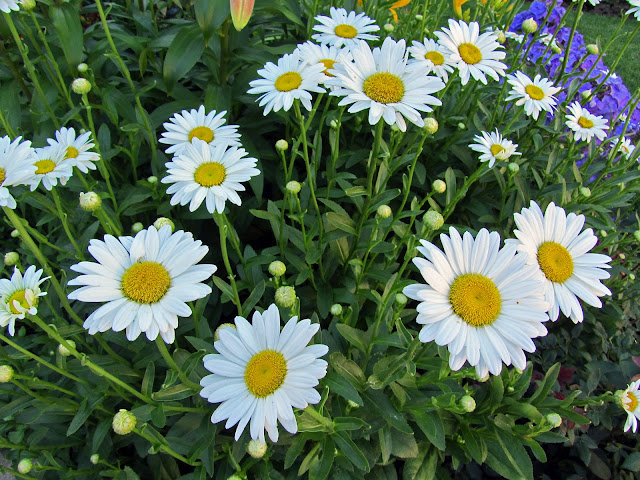 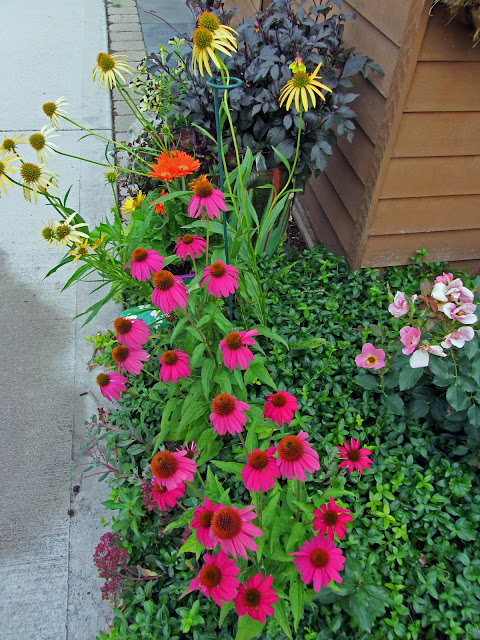 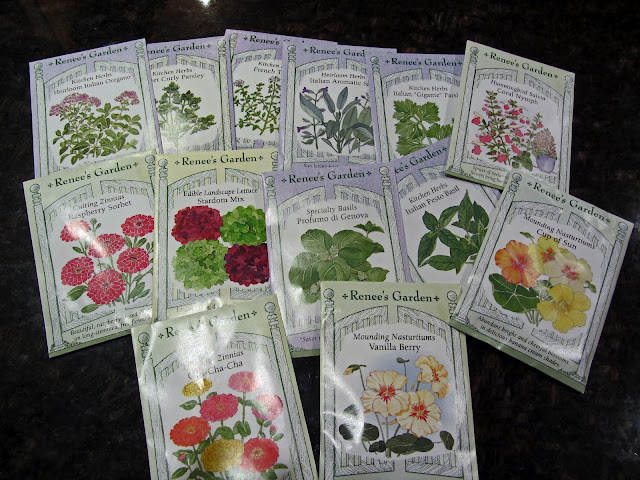 During the winter I received a media order sheet from Renee's Seeds.  I ordered lots of goodies from Renee and am growing them in my garden. 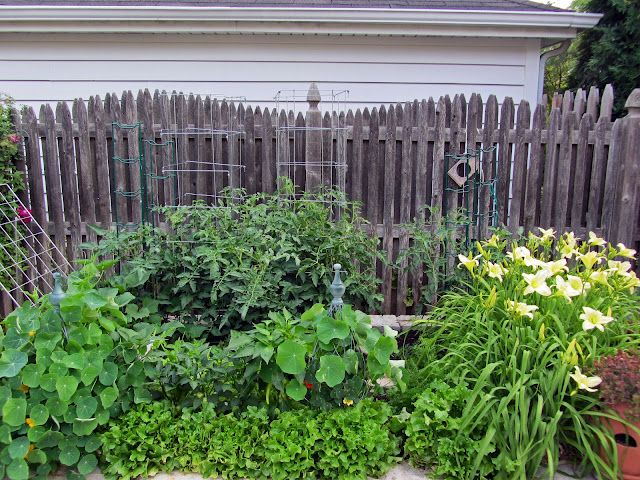 The veggie garden is lush this year with Big Daddy tomatoes (supposedly an improvement on Better Boy) and Celebrity determinate tomatoes on the end.  The lettuce is Stardom Mix from Renee's Seeds. 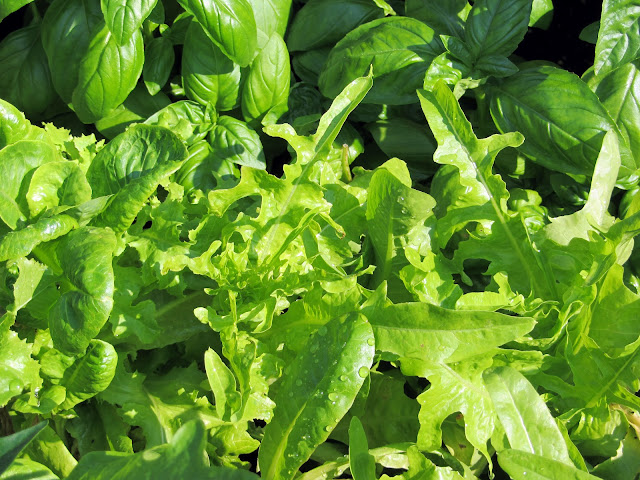 This is an Oak Leaf lettuce that I planted with a mix, lasts even through the hot weather and remains tender. 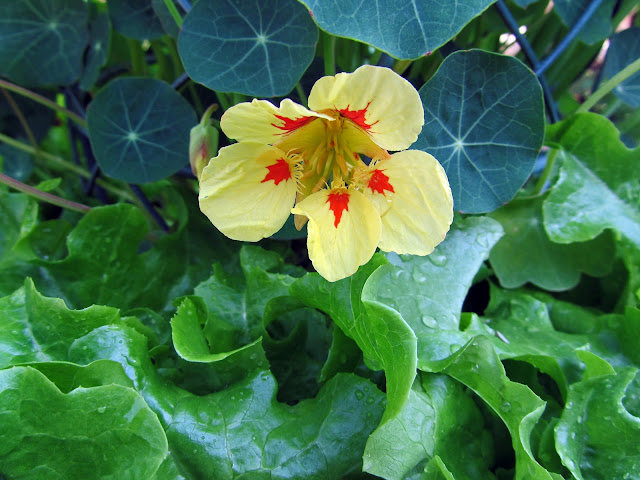 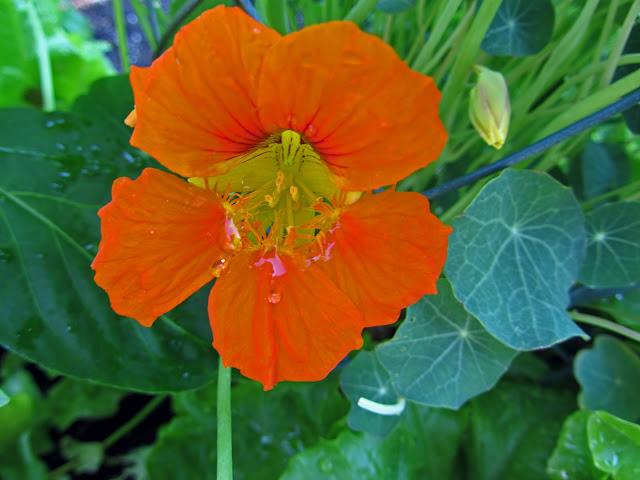 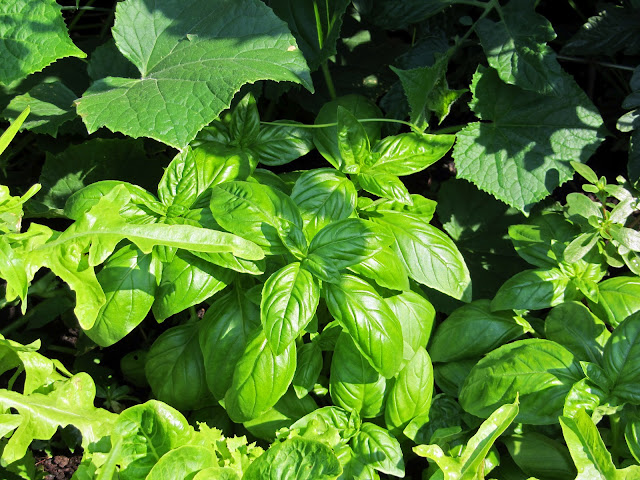 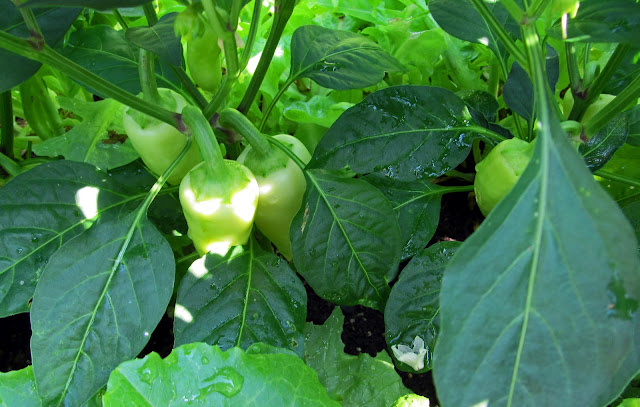 Peppers love the heat, I have Mariachi hot ones, Sweet Banana and Jalepeno 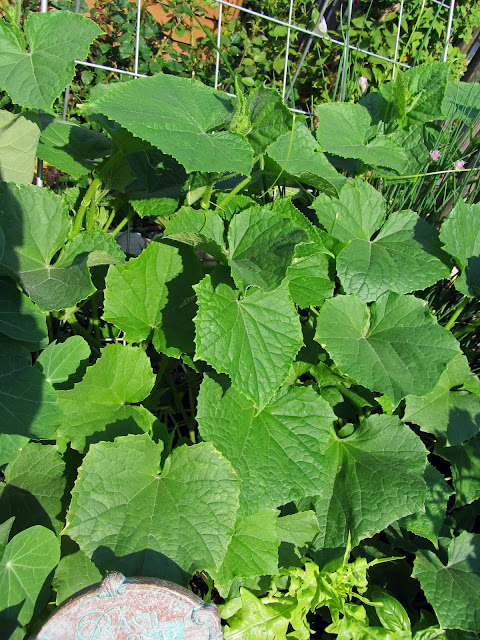 We all know that you don't plant cucumbers until it heats up!  This one is Fanfare and is super disease resistant. 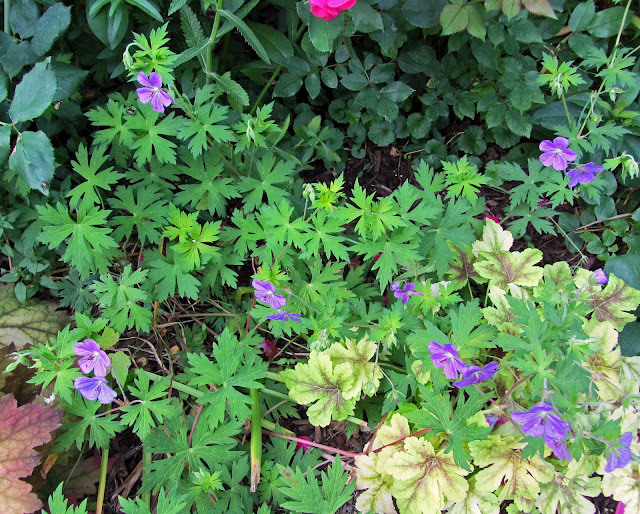 Some of the more delicate perennials even like the heat like Blue Sunshine Geranium that weaves through the other plantings without overpowering them. 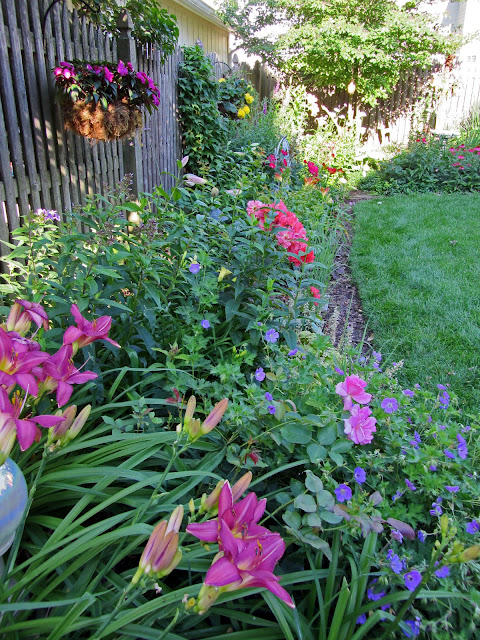 Rozanne Geranium on the right weaves throughout the garden with abandon. 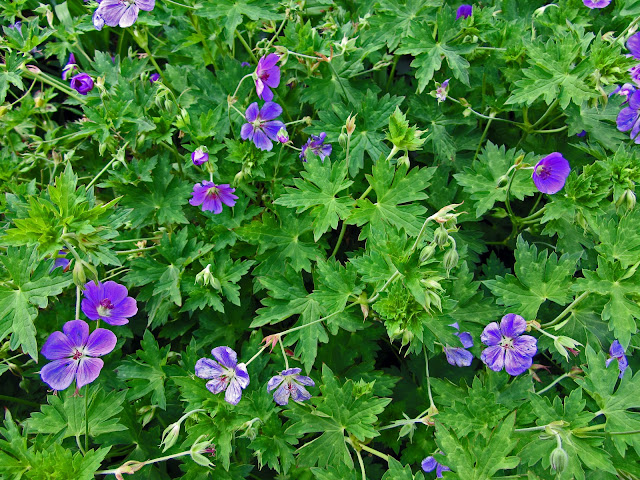 Don't be afraid to trim Rozanne back to keep it within bounds.  Do not shear it to the ground or you may wait forever to get new blooms. 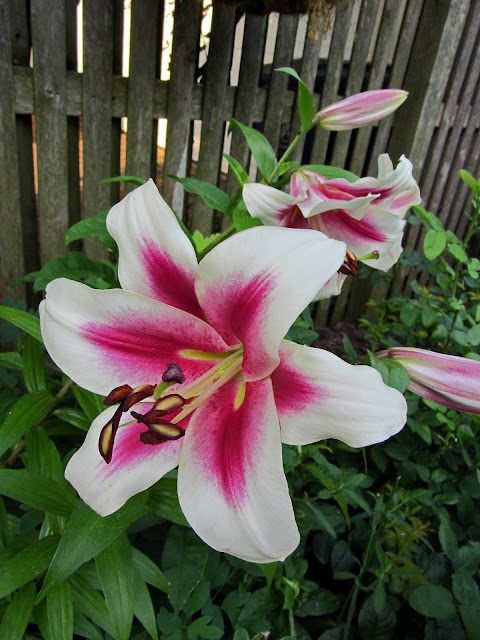 Orienpet Lily Altari
I thought the lilies would wilt in this extreme heat but no they stand tall.  However, the darker colors will fade out in the heat.  It is not the sun but the intense heat which causes this fading. 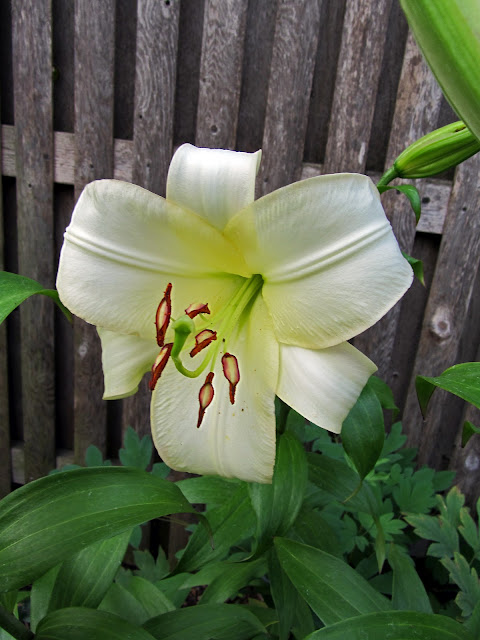 Orienpet Lily Boogie Woogie
The above two Orienpet Lilies are shorter than many of the others.  This is something to think about when planting lilies as many of the taller varieties require staking. 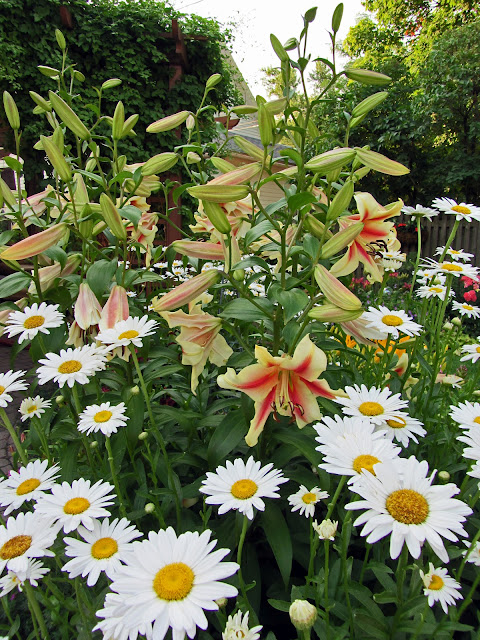 Orienpet Lily Lavon is one of my favorites but it does grow close to six feet tall.  So far, it is free standing without support. 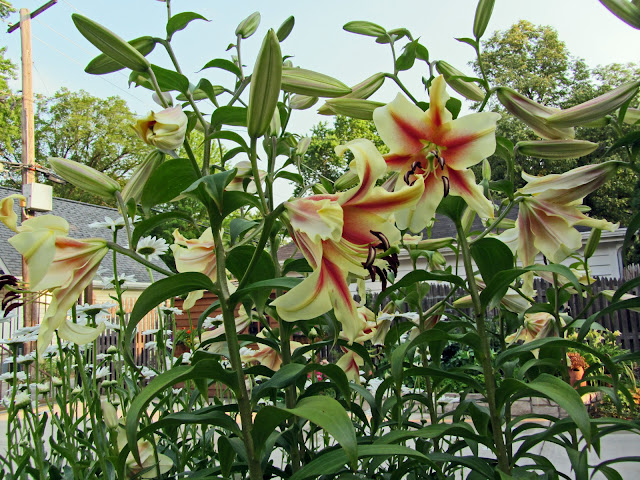 After 100 degree heat yesterday we had severe thunderstorms today but the lilies came through it still standing. 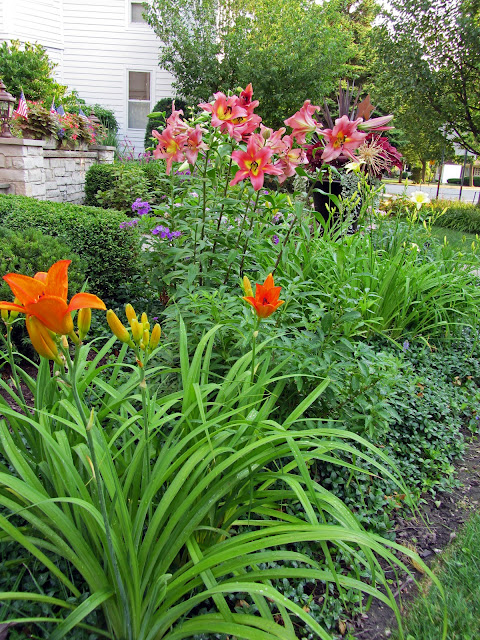 Boxwoods do not require a lot of water but I did give them some extra today.  Many plants can take the heat but cannot be without water. 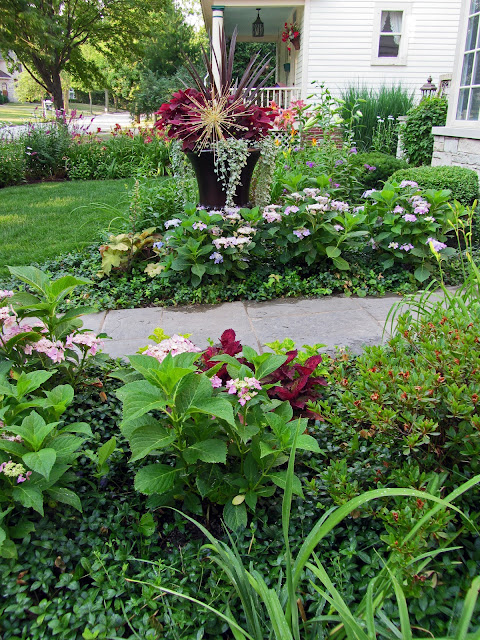 I am getting ready for the Fourth of July, making some pulled pork, going to the village parade and the wonderful craft fair. 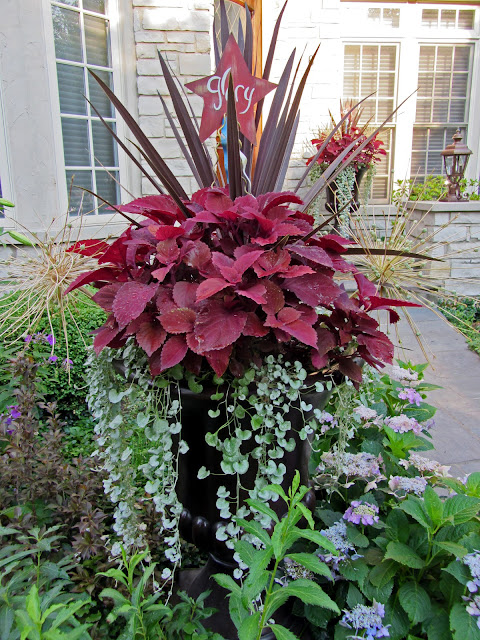 My containers are pretty simple this year, cordyline, redhead coleus and silver falls dicondra.  Oh, the sparklers are dried Allium Schubertii.
Posted by Gatsbys Gardens at Friday, June 29, 2012 13 comments: Links to this post