Dr. Stark presented each area of art by its style and century the piece was excuted.  We were first introduced to Bruegel, Winter Landscape with Skaters and Bird Trap, 1565 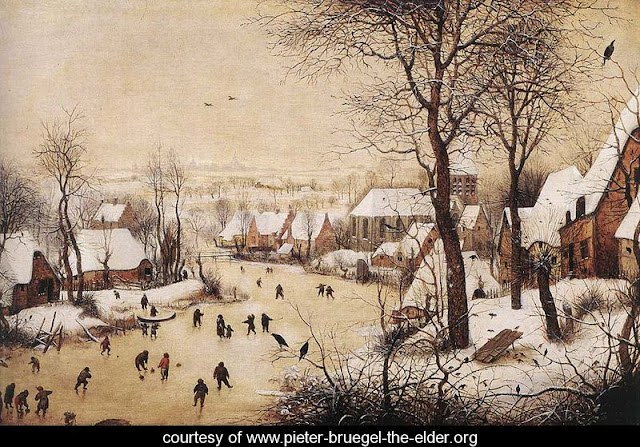 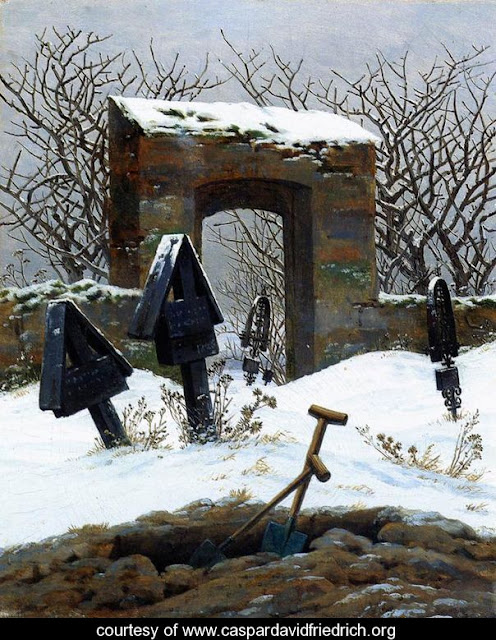 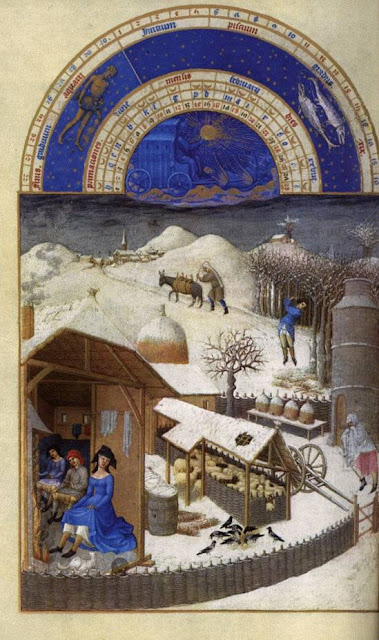 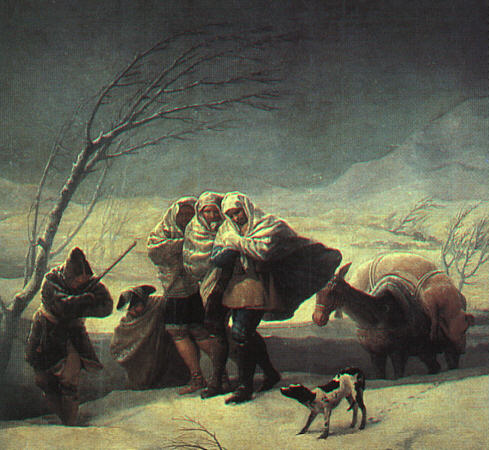 Goya, Winter Scene, 1786 (Sometimes these scenes were painted for weavers who wove them into tapestries to be hung on wall).  A simplier version of this painting was first done for a tapestry. 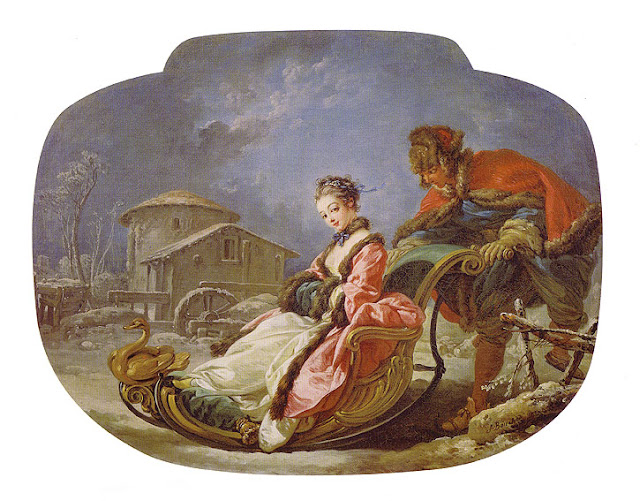 Boucher, Winter, (Four Seasons Series) 1765 - All of them of loving couples.  Don't you love this sleigh? 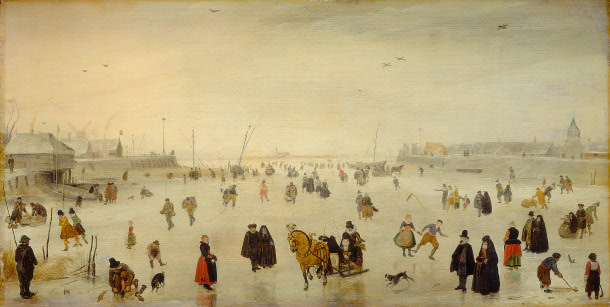 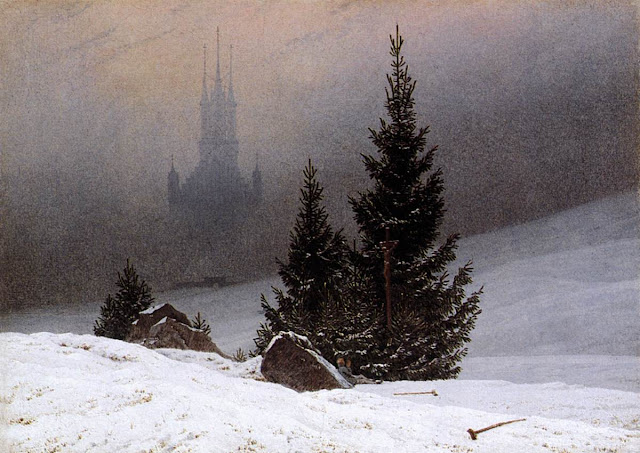 Friedrich, Winter Landscape, 1811 - If you enlarge this painting you will see a man sitting by the large evergreen with his crutches thrown in the snow looking at a religious cross.  It is debatable if he has been cured or if he has come to die. 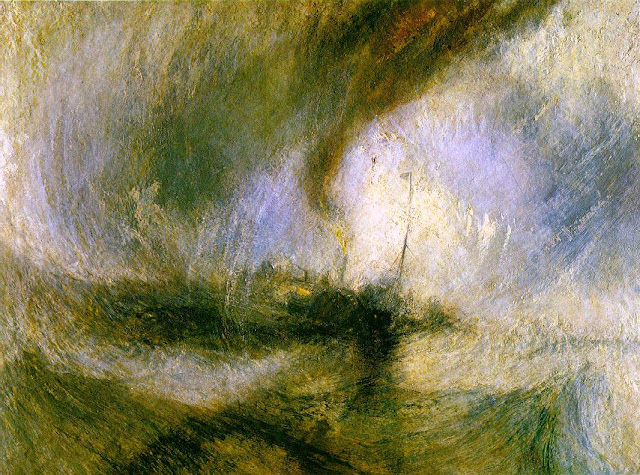 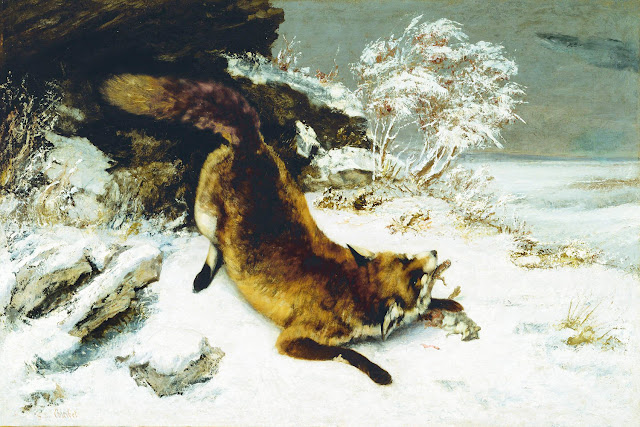 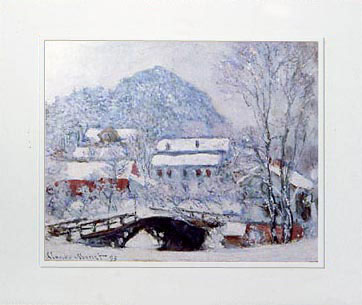 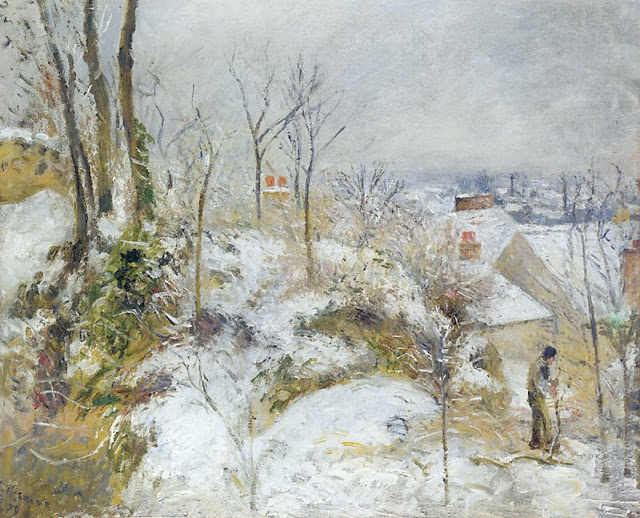 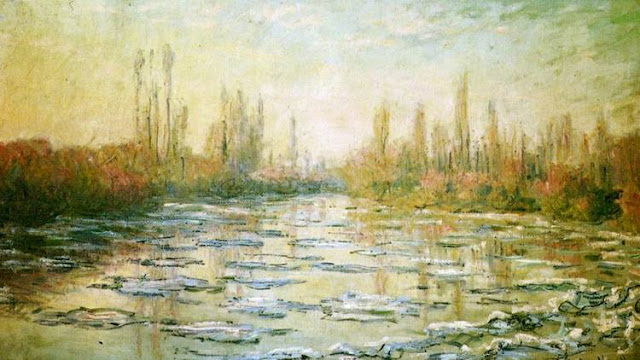 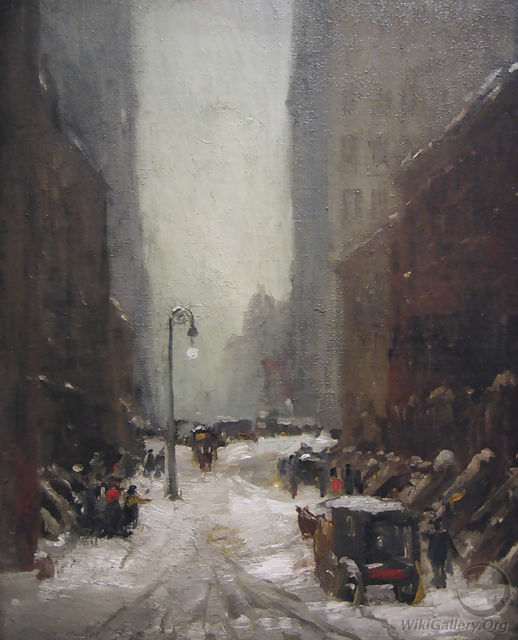 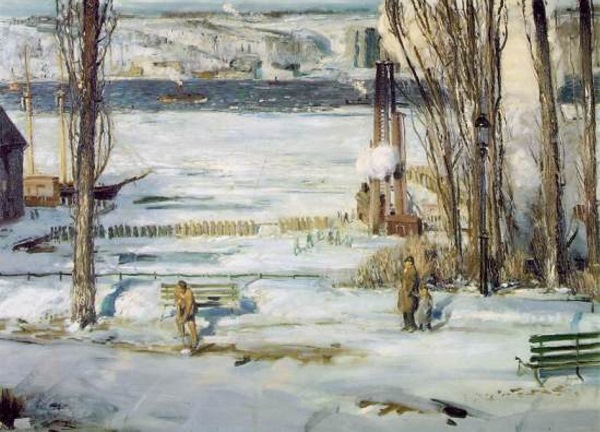 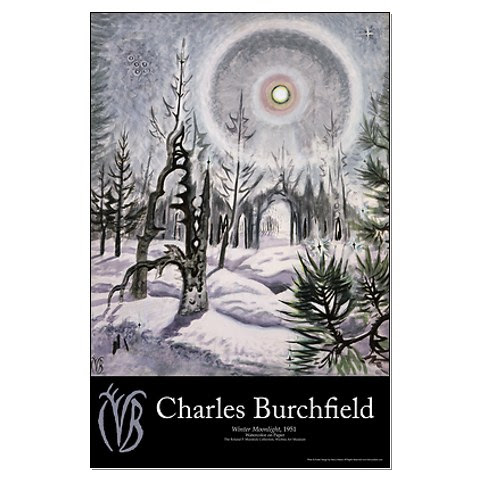 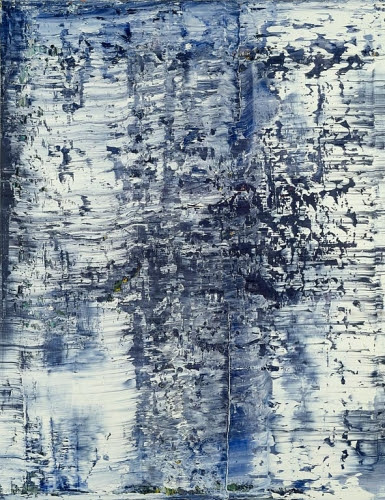 Richter, Ice, 1989
I think I have changed my mind about winter, it is certainly art!  I still do not like the shoveling and the driving in the snow, but it is a fascinating happening each year in many parts of the world and to the artist has very life cyclical meaning.  If you would like to see Dr. Stark's complete visual presentation you can access it at
http://mdid.artic.edu/ , log in is public, password is public. left menu bar select Slide show, under Slide show select author Stark, David, select Slide show Winter Wonderland.
﻿
Posted by Gatsbys Gardens at Thursday, December 09, 2010 27 comments: