You probably know by now I like movies, old movies, some new movies and those old horror movies with Bela Lugosi.  I looked around my garden today and everywhere I looked it was saying goodbye!  For some strange reason it reminded me of a favorite movie called The Goodbye Girl with Richard Dreyfuss and Marsha Mason. 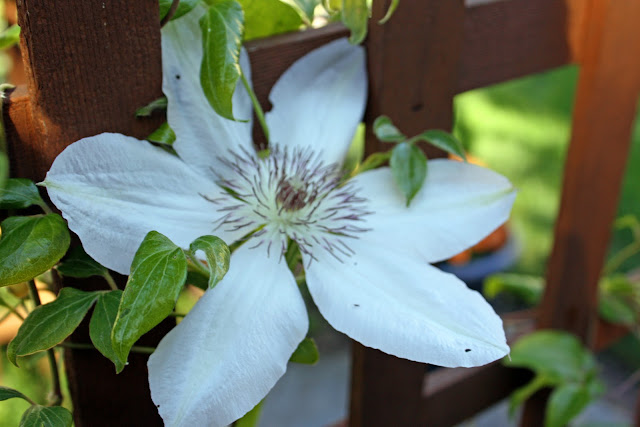 I cut the Henryi Type 2 Clematis to the ground this year because it had become very woody.  It has grown quite tall and is putting out one huge bloom to say goodbye. 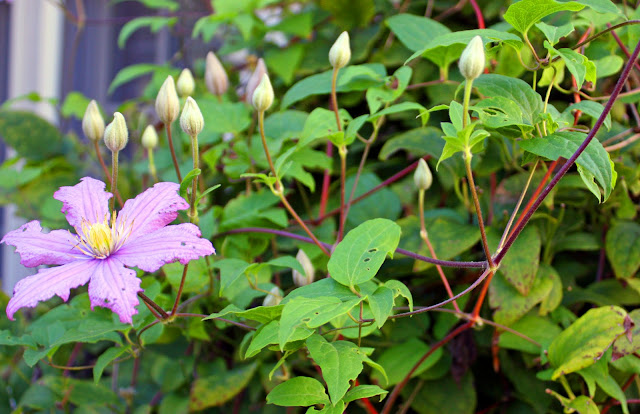 Comtesse De Bouchard has lots to say as a type 3 if we don't get a frost.  Look at all of those insect bites, many more than during the spring and summer. 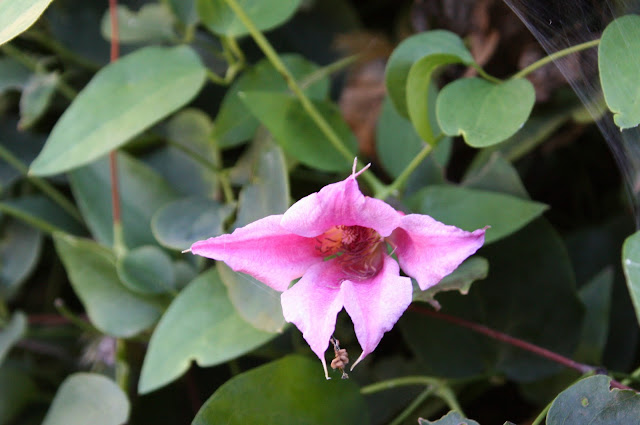 Duchess of Albany is a type 3 saying goodbye with just one bloom.  Again, it is being eaten by insects. 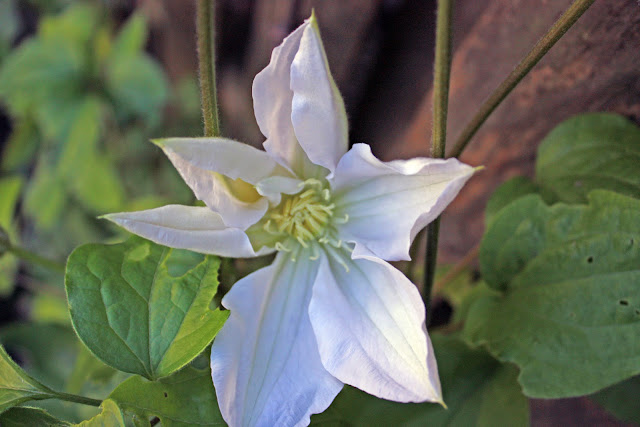 Miss Bateman type 2, you have come back, so nice of you to visit before going to sleep even if is only one bloom! 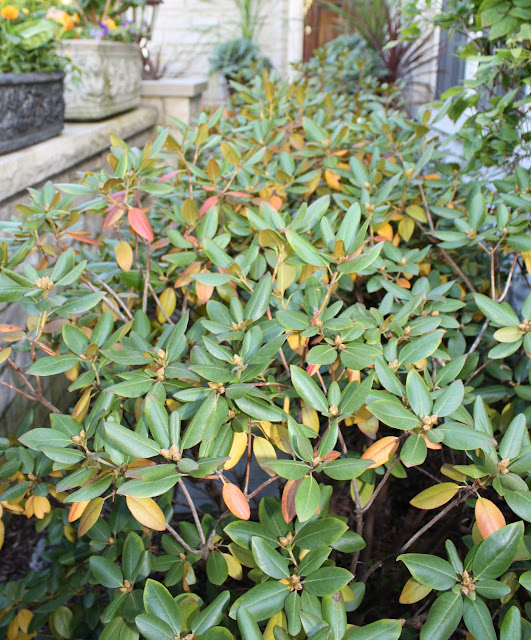 The Rhodies will develop some reddish colored leaves, not to worry, this is normal for this time of year.  They will drop these leaves but will be perfectly healthy for new growth in the spring.  Remember when it gets really cold or really hot their leaves curl under. 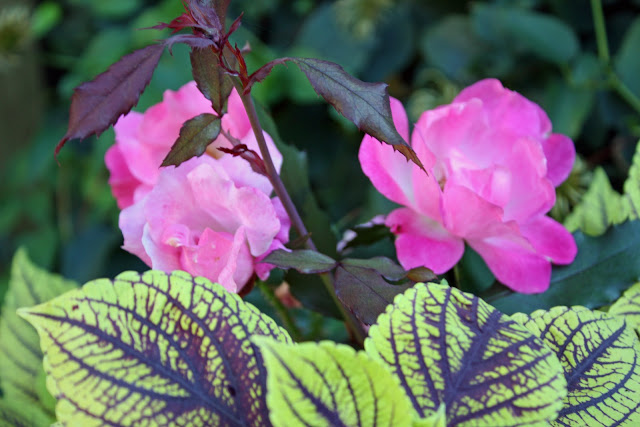 I am finding it difficult to say goodbye to my Pineapple Coleus (which has become more veined as the weather has cooled) and the Pink Knockout Rose.  My rose has not made an appearance in two months, but it has come to say goodbye. 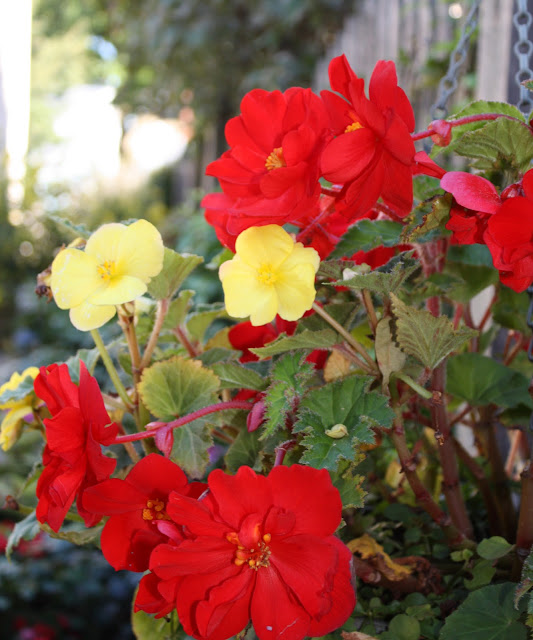 The tuberous begonias have done well all summer, I will certainly bring more of these into my garden next year. 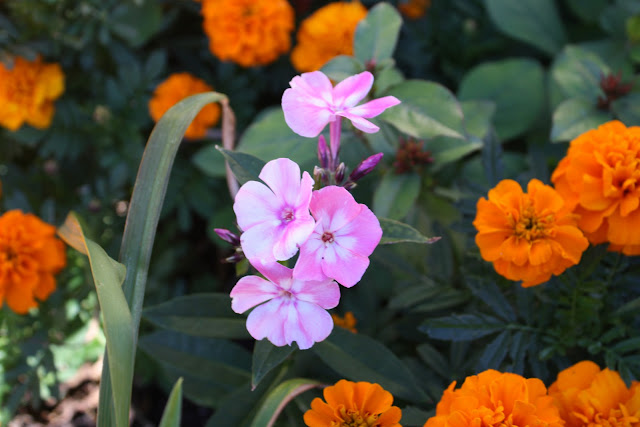 The Volcano Phlox Pink with White Eye is blooming even after a traumatic hot summer planting. 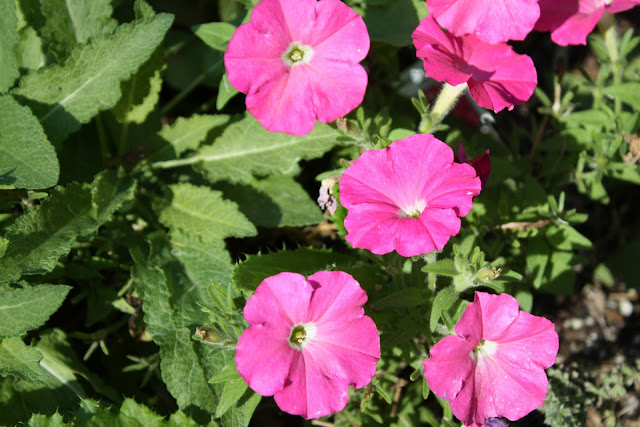 This petunia has done nothing all summer, I have even forgotten its name, but now it is making a last hurrah! 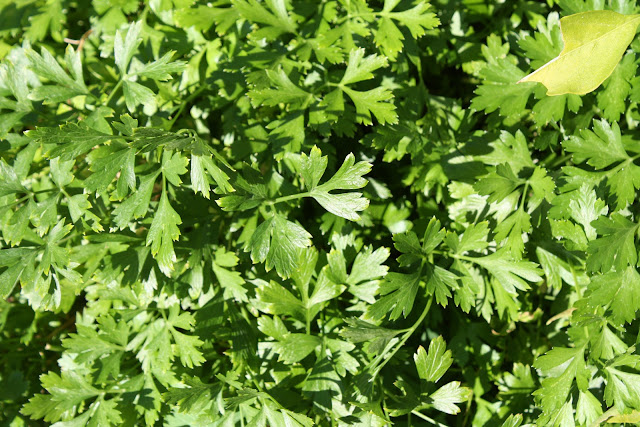 The Italian parsley will hold up until November.  It takes a really hard frost to take parsley out. 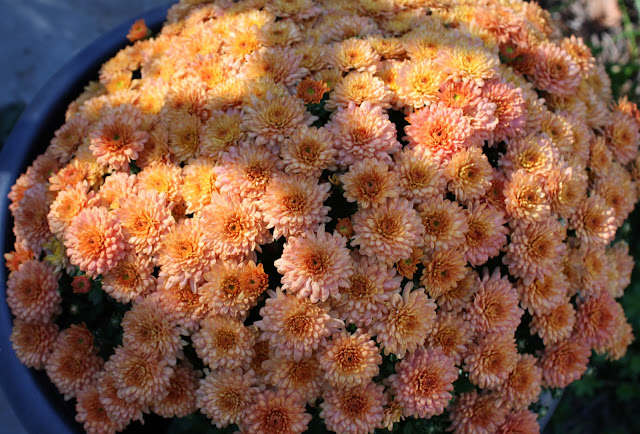 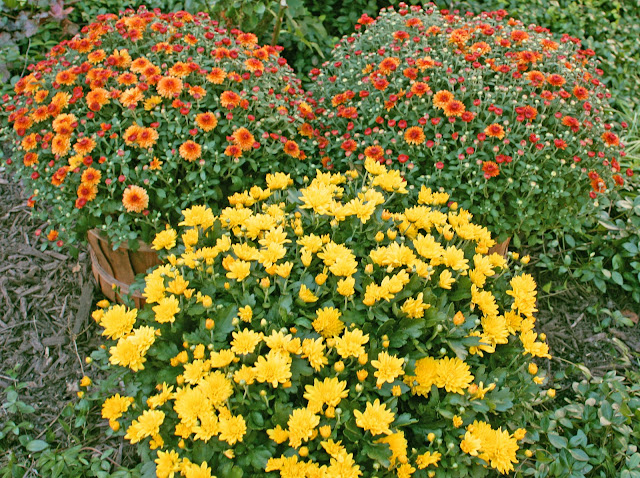 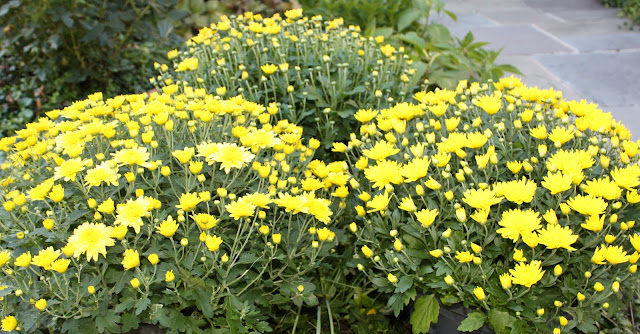 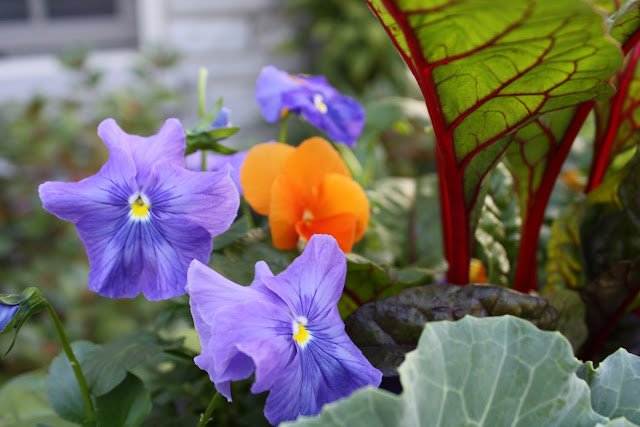 The pansies are beginning to fill out with the cabbages and red swiss chard. 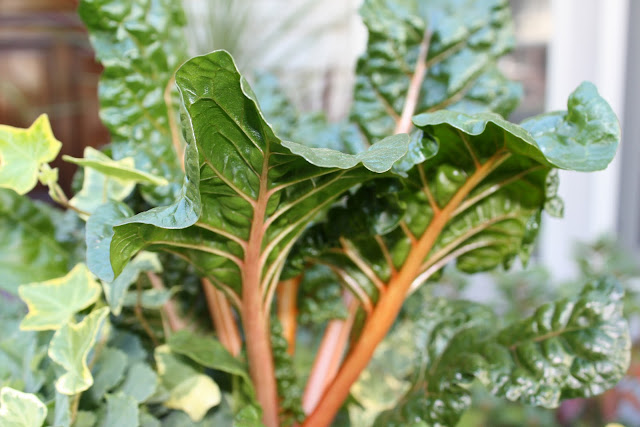 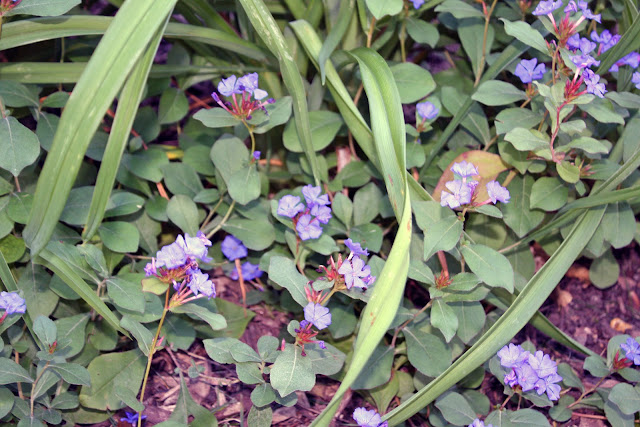 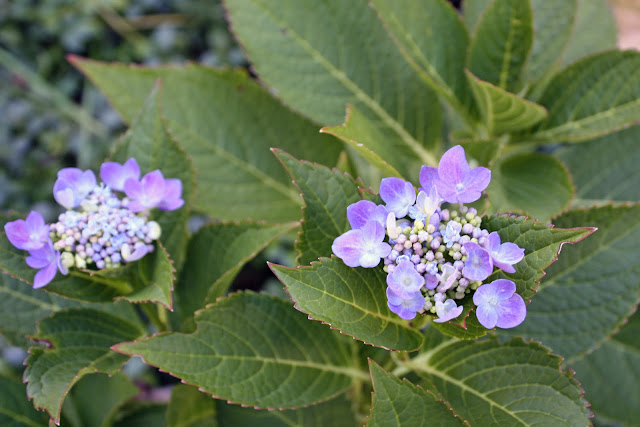 Let's Dance is a new lace cap hydrangea that has suffered this summer with the heat.  It is now putting forth many new buds.  We'll see you next year! 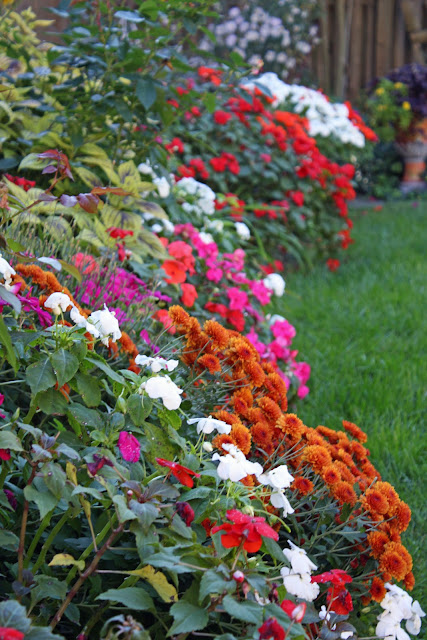 The back border will soon be gone with the first frost.  Goodbye!
I am concerned about saying hello to anything in the next few months.  It has been so intensive during the spring and summer months, we need to figure out our discussions for those cold winter days!
I like Larry Conrad's idea about developing a forum for discussing what worked for us and what didn't and maybe coming up with some ideas for a better 2011.
Posted by Gatsbys Gardens at Thursday, September 30, 2010 15 comments: Links to this post