It is that terrible time of the summer when our plants are bitten up, wilting, brown spots and general disarray in the garden.  I have had terrible rose problems this summer with midges and Japanese Beetles and am looking for a single rose that is fit to show. 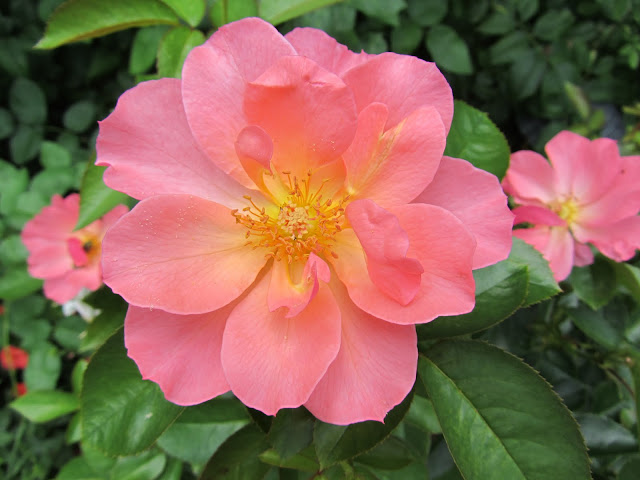 All The Rage
The phlox has mottled leaves but it ready to rebloom again. 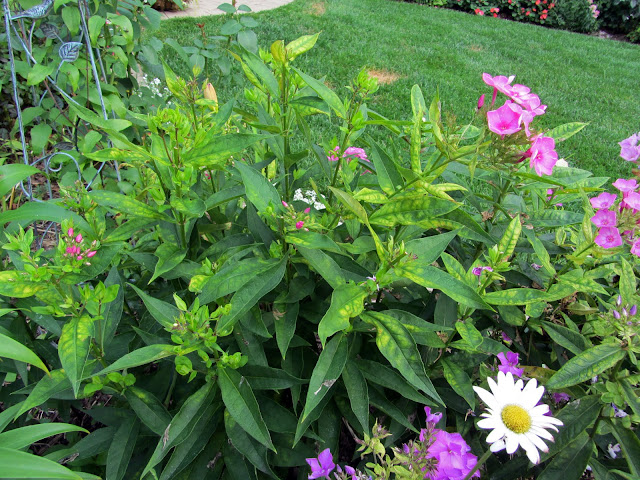 I have begun cutting down the daylilies that have already bloomed so that other plantings can peek through.

The vegetable garden seems to have done well this year, huge tomato plants but I am not sure the yield will be that great.  The Fanfare cucumber has been just great, no disease and wonderful tasting cucumbers. 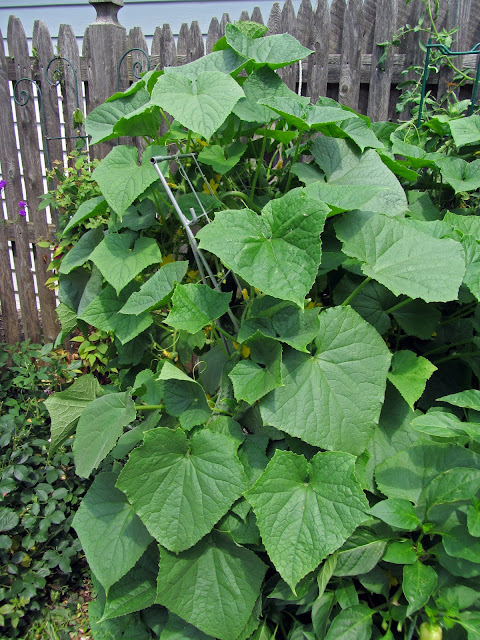 Fanfare Bush Cucumber
I have lots of miniature eggplant and now need to make a delectable recipe out of them along with the multitude of hot peppers. 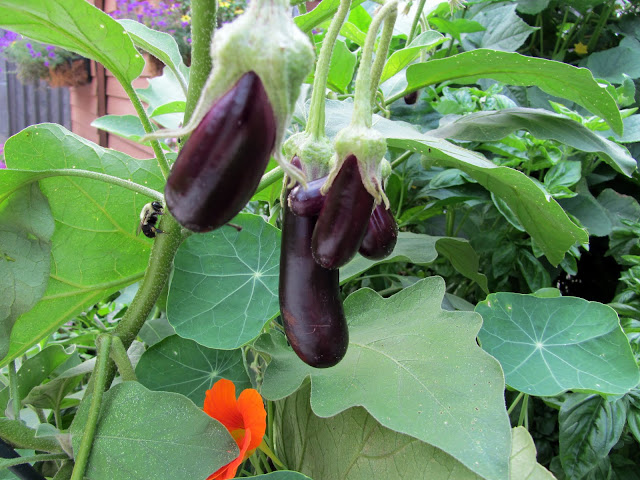 Hansel Eggplant
I have to give the Gardener's Supply double decker tomato cages a thumbs up for holding up the Super Beefsteak and the Big Boy tomatoes. 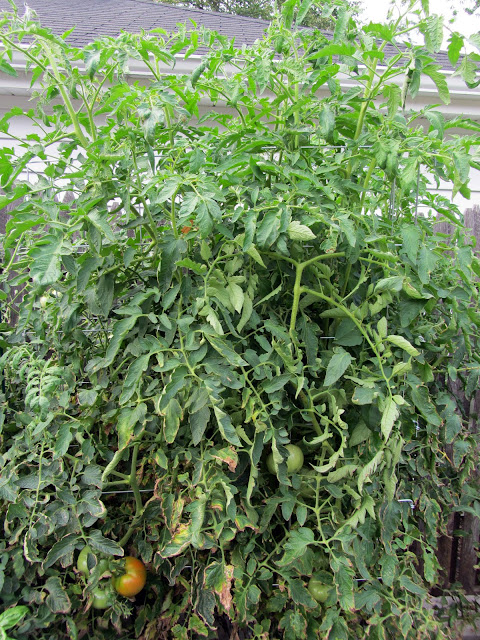 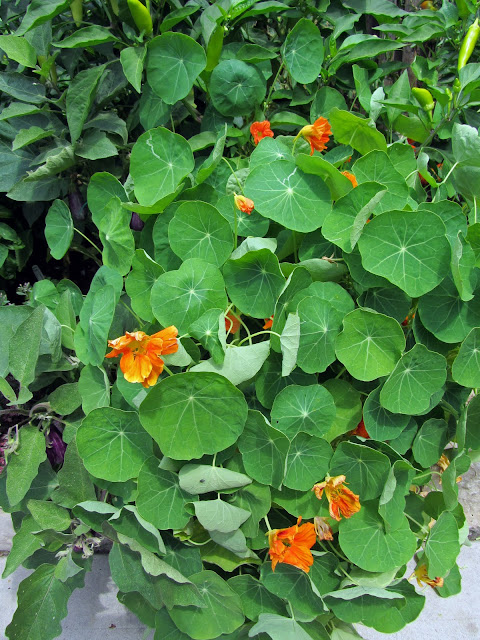 Nasturtiums supposedly keep aphids away from the vegetable garden, don't know, but I haven't seen any! 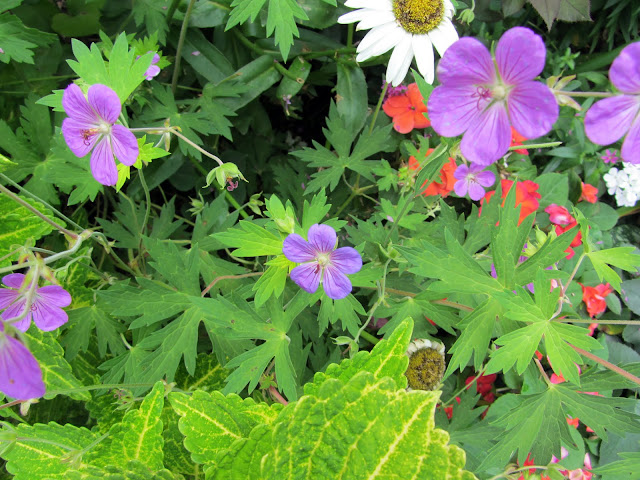 Blue Sunshine Geranium has been a winner all summer. 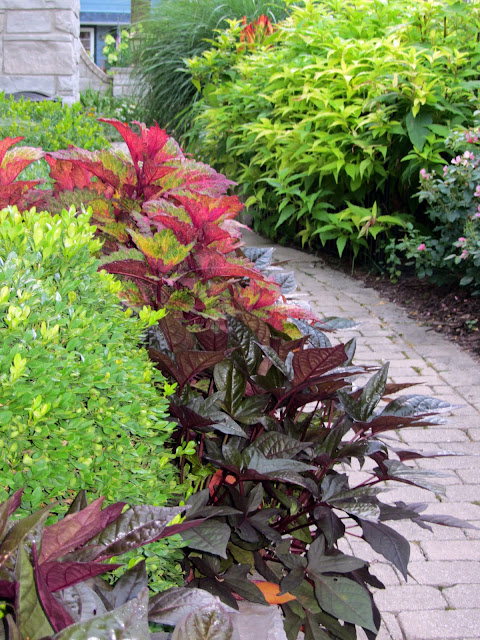 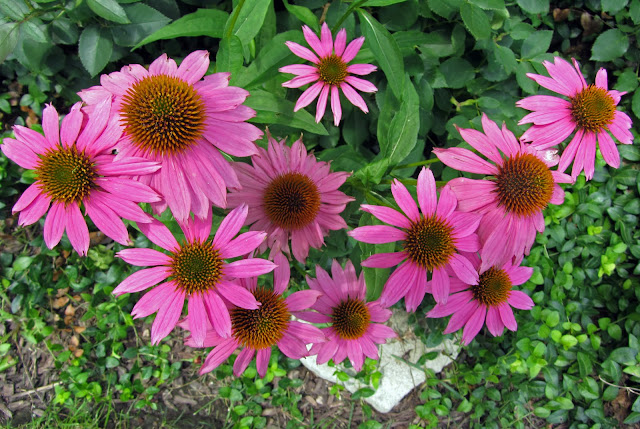 This is Kim's Knee High and it has been my best Echinacea, blooming all summer never losing color. 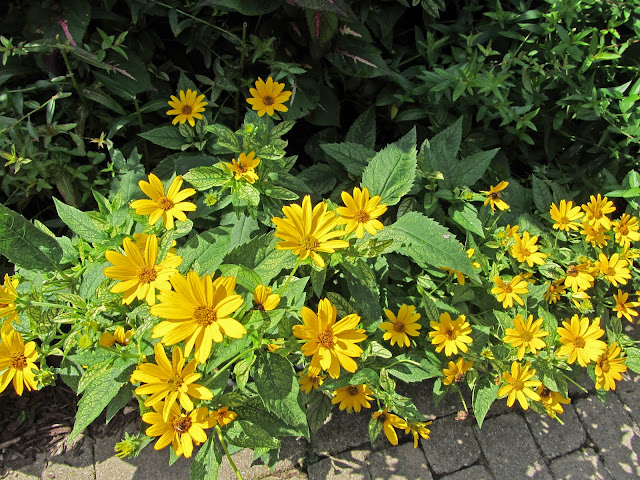 I deadheaded Sweet Lorraine Heliopsis and it has put forth a multitude of blooms. 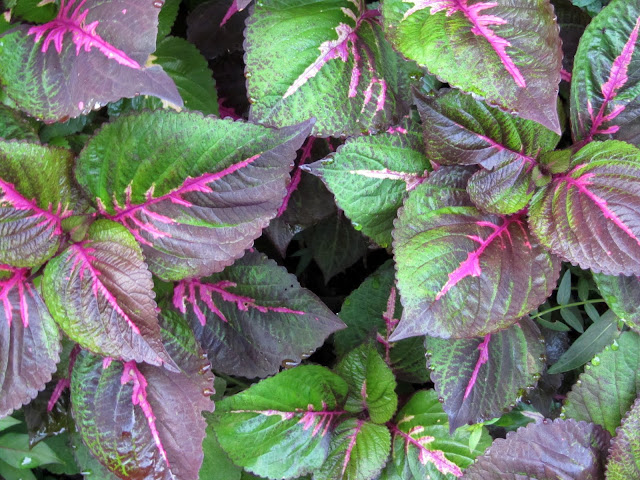 Perilla is an annual in my area but it is a wonderful plant to grow, related to coleus but much stronger and taller.  It fills in my border along the fence with Sweet Lorraine Heliopsis. 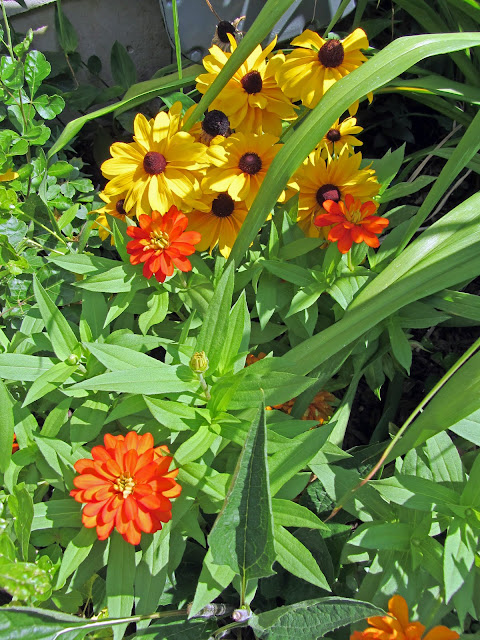 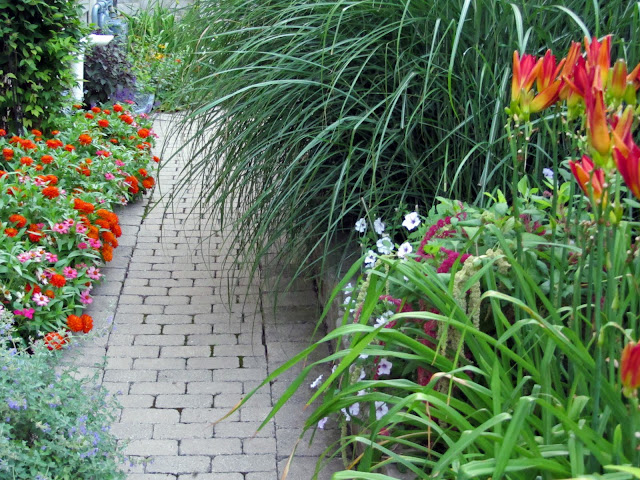 The south side is doing great this year with plants that welcome the heat and humidity. 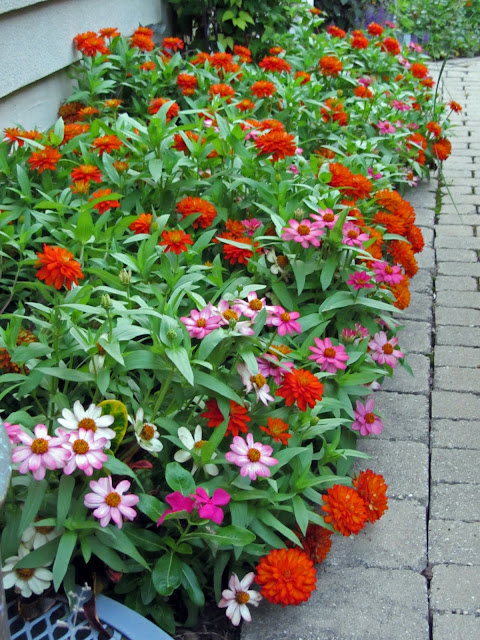 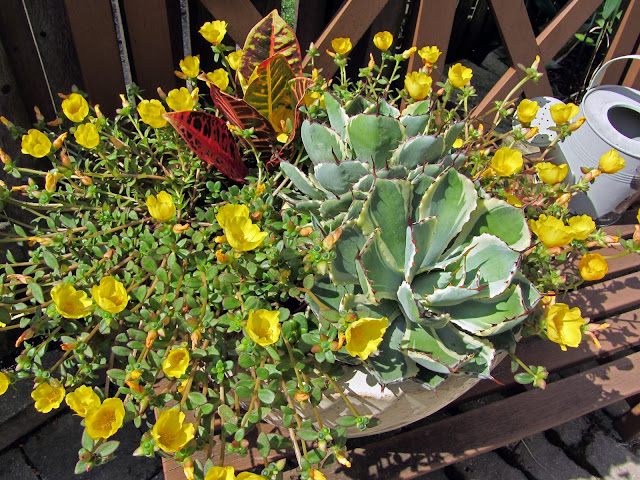 Purslane has been a star this year in the heat, goes well with other tropicals. 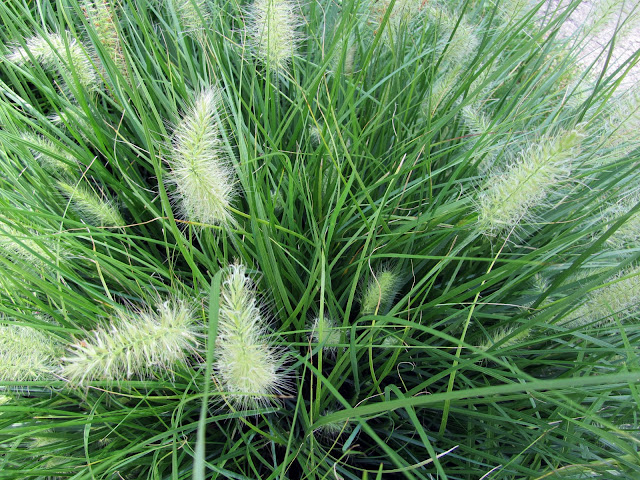 Pennisetum is getting its fuzzy little flowers. Henry's Garnet Sweetspire has been trimmed back and Limelight Hydrangea is ready to bloom. 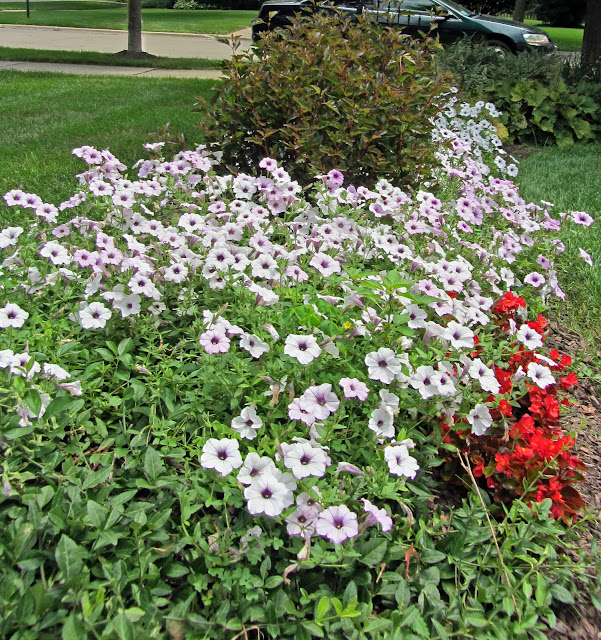 Tidal Wave Petunia with Ninebark Summer Wine.  This is a spreading petunia like you have never seen, but does well in the landscape with some pruning.  I don't recommend it for containers unless you have a huge amount of room to let it trail many feet. 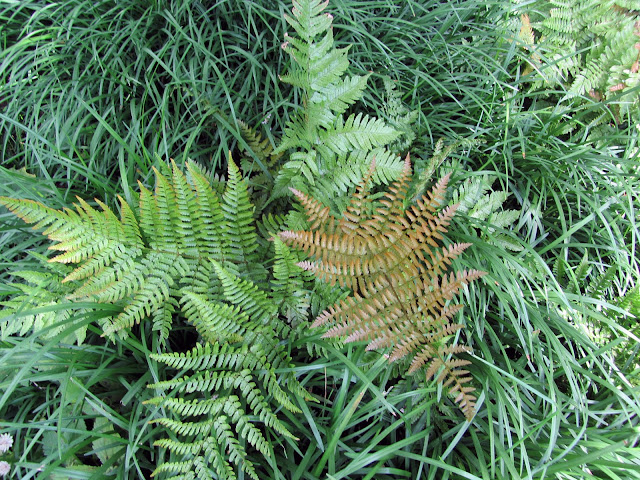 Autumn Fern is new under the Chanticleer Pear with Lirope. 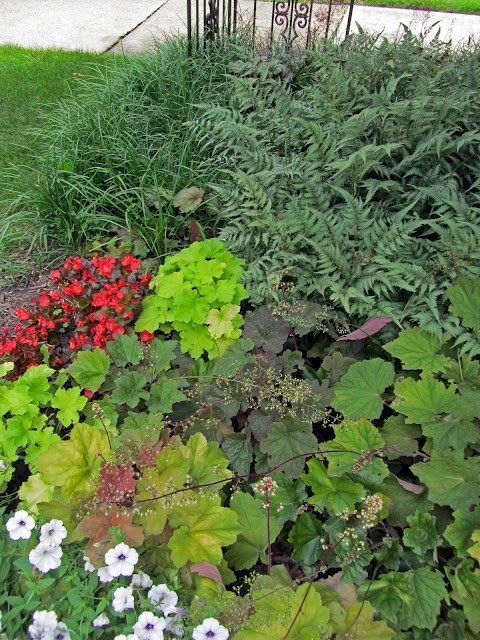 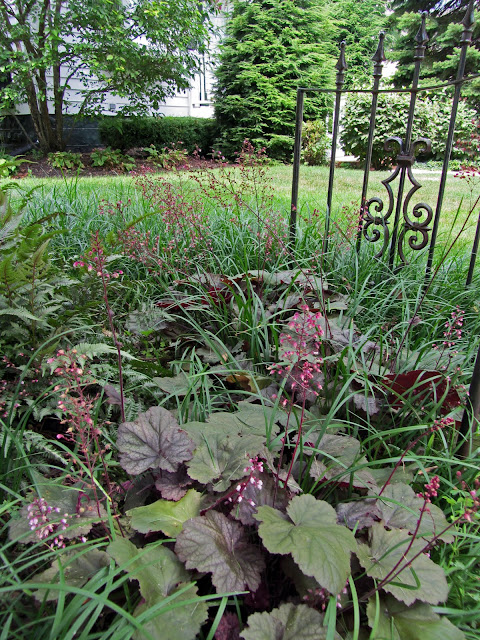 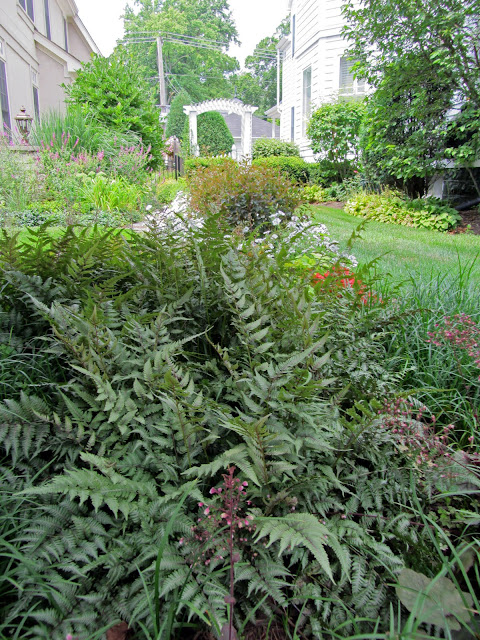 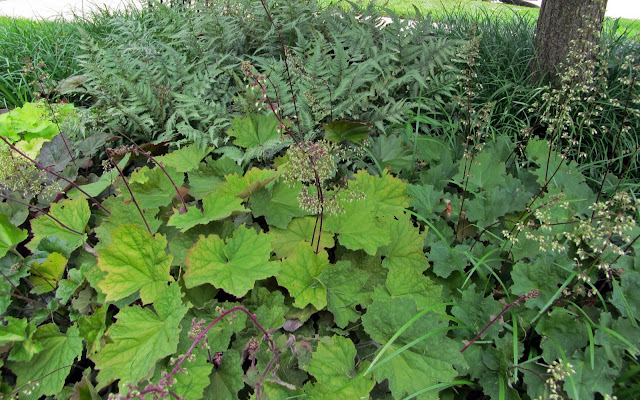 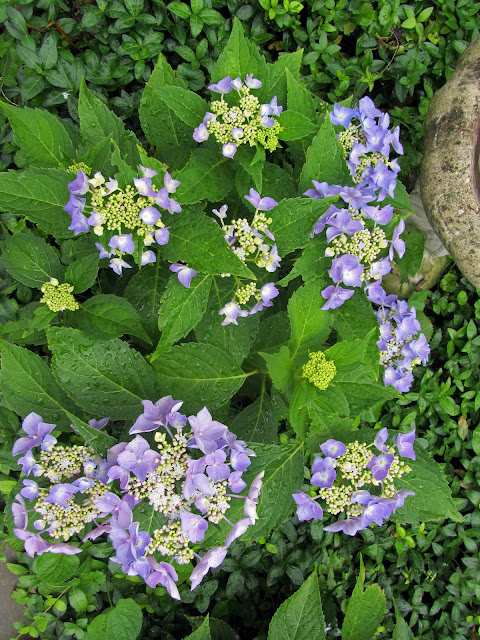 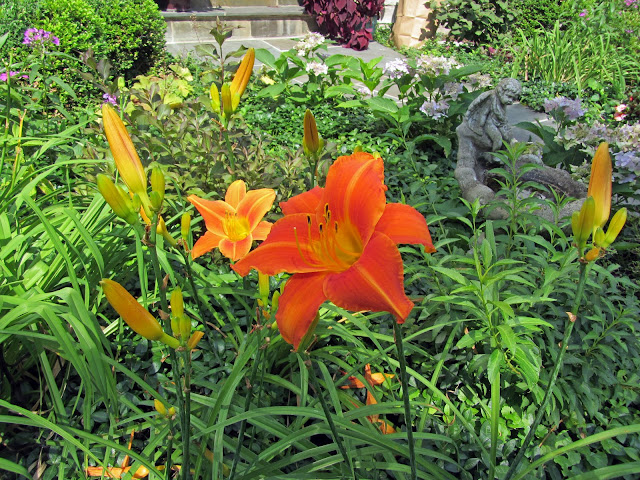 Lady Lucille is new this year and mid-season to late blooming. 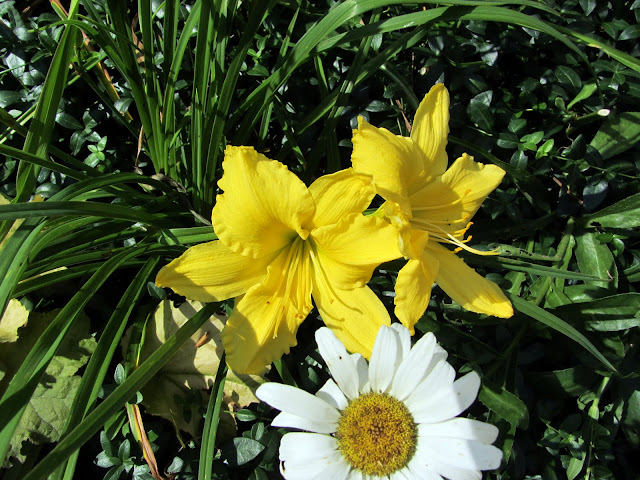 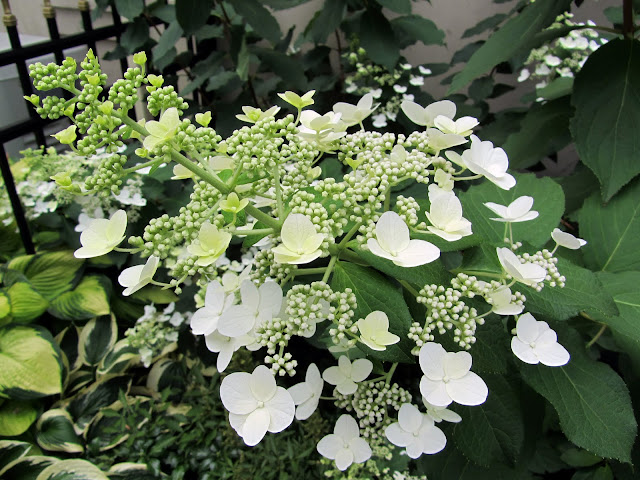 Unique Hydrangea is beginning to bloom. 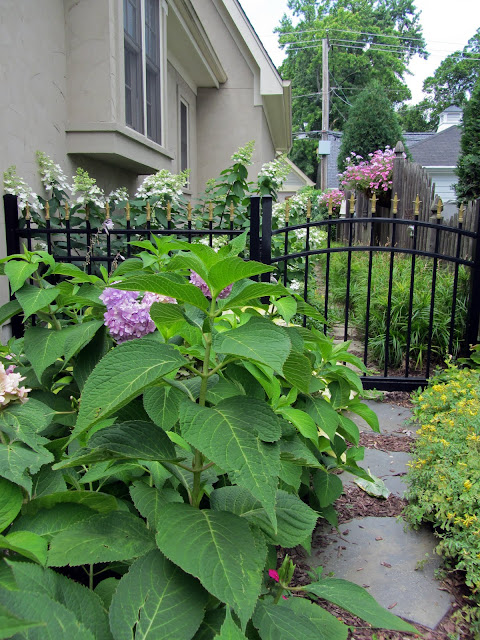 It's been an unusual summer in that I didn't think I had much to show because of all the heat and the insect damage, but I guess I was wrong.  There is always so much more than what we see is going wrong with specific plants.

Posted by Gatsbys Gardens at Saturday, August 06, 2011 41 comments: Links to this post