February In The Garden

I have actually held off on this post because there has not been a February in the garden.  However, I thought I would post it anyway, kind of a look back at what might have been if we didn't have two feet of snow. 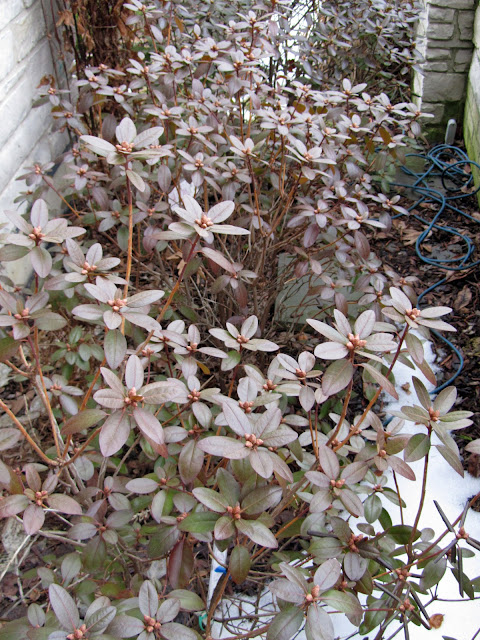 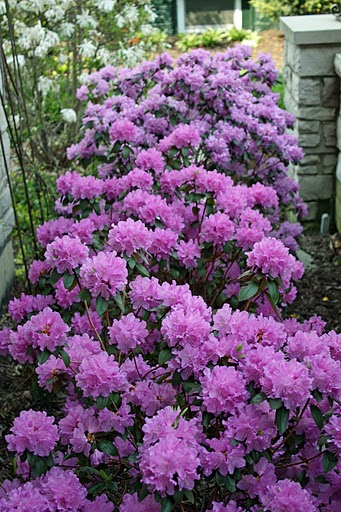 PJM (April 16, 2010)
February in Zone 5 is a looking to do something month!  If there is not a ton of snow on the ground, it is a great month to prune trees.  Remember, do not cut completely flush with the trunk or you will end up with a much bigger wound than necessary.  There is something called the branch bark ridge that looks like a collar at the end of the branch, stay right outside this area.  If you have large trees to be trimmed, this is also the best time to schedule a professional.

Type III clematis can be cut down to around six inches.  I usually like to leave a couple of buds showing.  Do not cut the Type I's or II's now, or you will not have many flowers this year.  They will flower eventually but usually with smaller blooms. 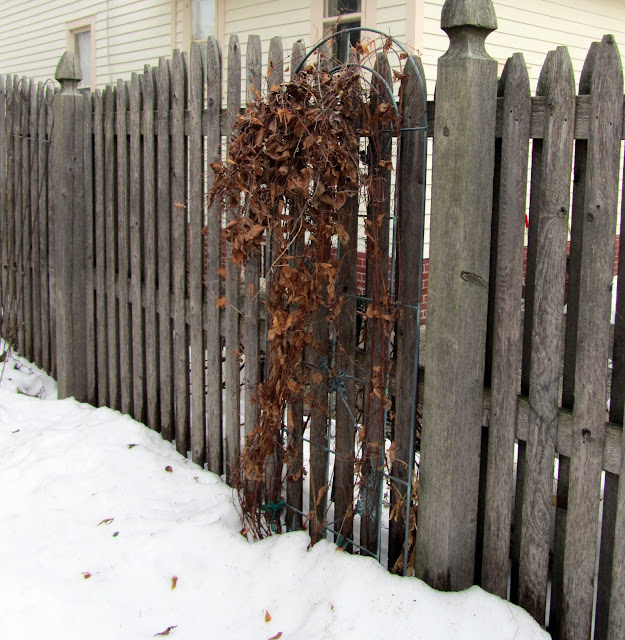 This is Hagley Hybrid and I can't get to this one yet. 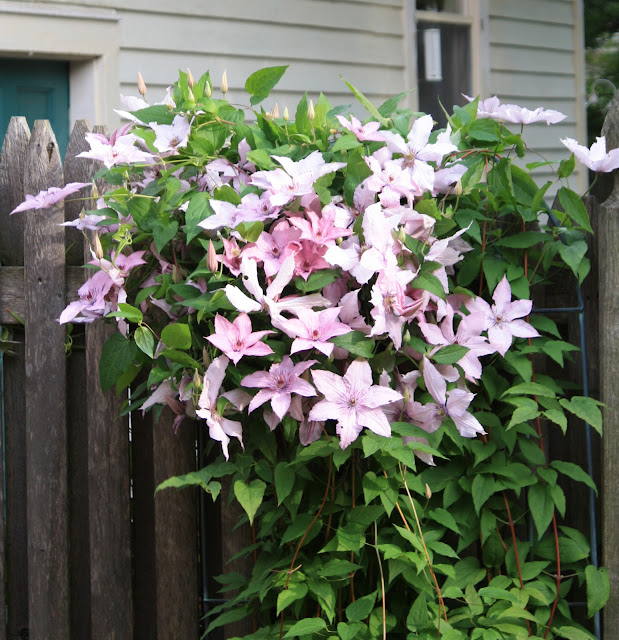 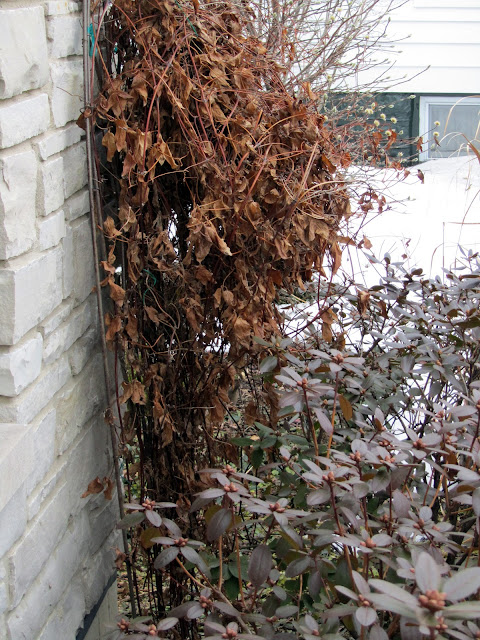 The snow has melted around Comtesse de Bouchaud but I will just wait until I can prune all of them, type III's I mean. 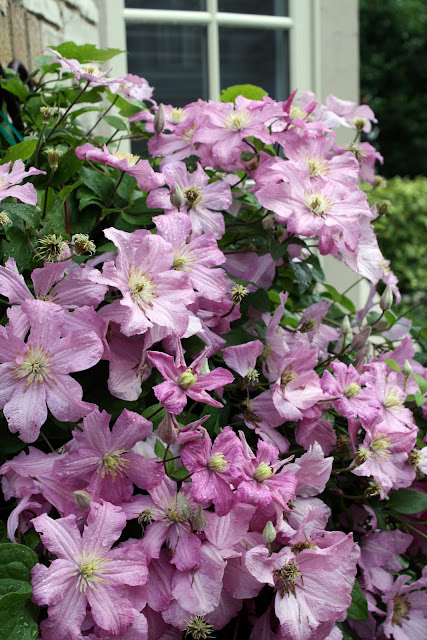 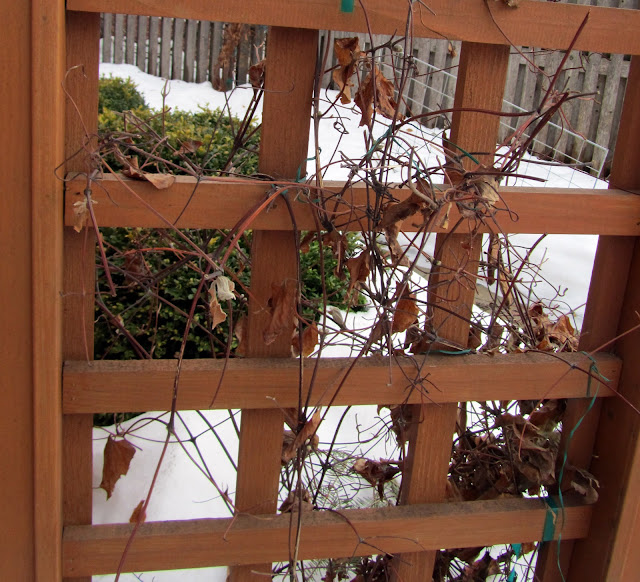 These areType II Clematis, Fireworks and Bee's Jubilee, so I will not be pruning these at this time.  If they need it I will prune after flowering. 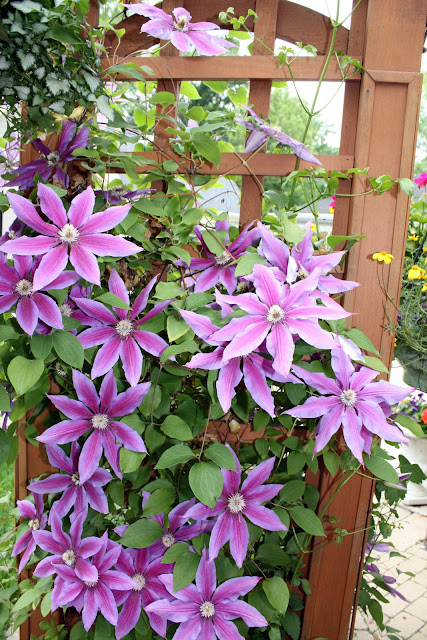 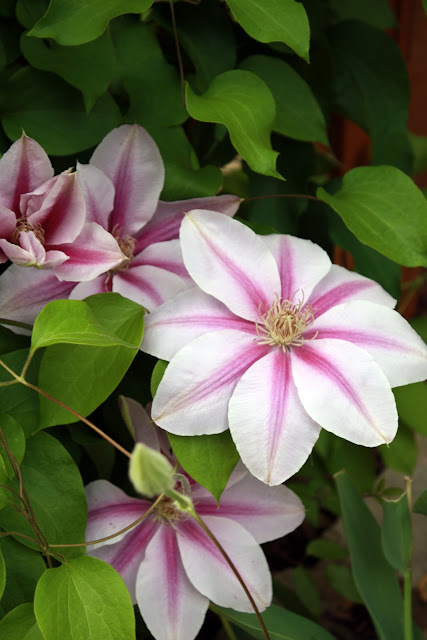 I have started my impatiens under lights, need twelve weeks to bloom.  It is too early for the petunias and the amaranthus.

Keep planning those renovations and if they require a landscaper schedule early when they do not have much work, prices will be cheaper.  We scheduled the relaying of some of our patio last year in March when the company did not have much work.  We will do the same this year for another section and some evergreens that need to be replaced.  They love having early work to keep their men working before the busy season begins. 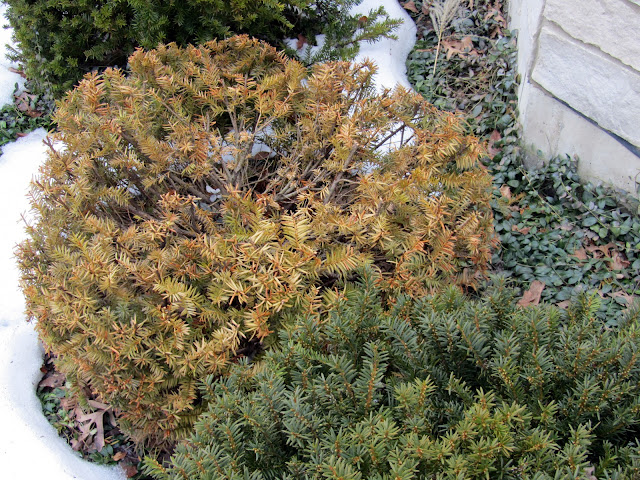 I have been babying this yew since last year and I think I have lost the battle.  It will have to come out, not sure this one will require a landscaper to remove - we'll see.