The Deadheads Are Alive And Well

Oh we all know who the deadheads are, we run around the garden clipping and cutting spent blooms and plants.  We also deadhead other peoples plants when we are visiting or walking by, even at the shopping mall, how could they let those dead blooms stay on their container plants? 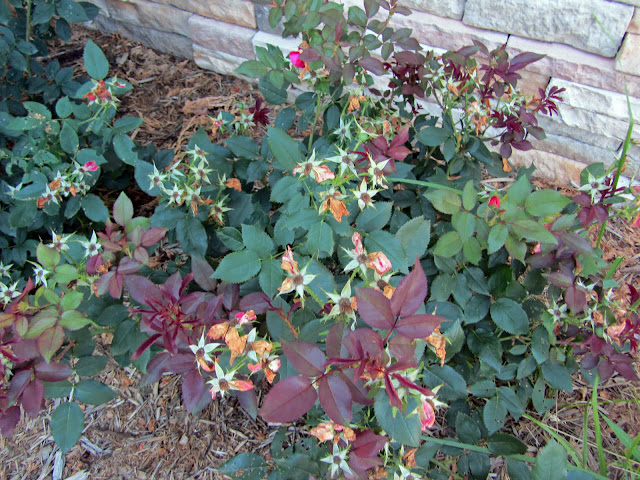 I haven't been up to Wisconsin in two months and I am afraid my Knockout roses have been neglected.  I used the Bayer Systemic on them for Japanese Beetles and not one in sight.  In previous years they had just about been destroyed!  I can't figure out why I didn't have the same results at home.  Knockouts will produce new buds without deadheading but they look messy. 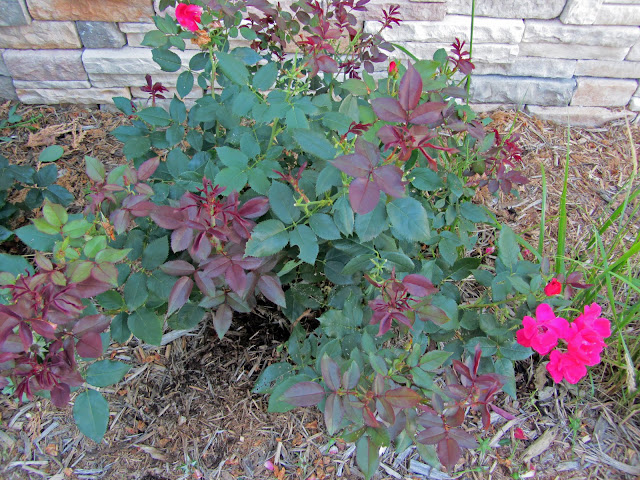 All the dead buds have been clipped off, fertilizer has been applied and it is ready to bloom again.  Do not use the five leaf method on this, just clip off the dead buds.

It is an action that is almost uncontrollable, we want growth to keep going, lengthening the season forever.  I have had a few questions lately on deadheading the hows and when and the difference between deadheading and rejuvenating. 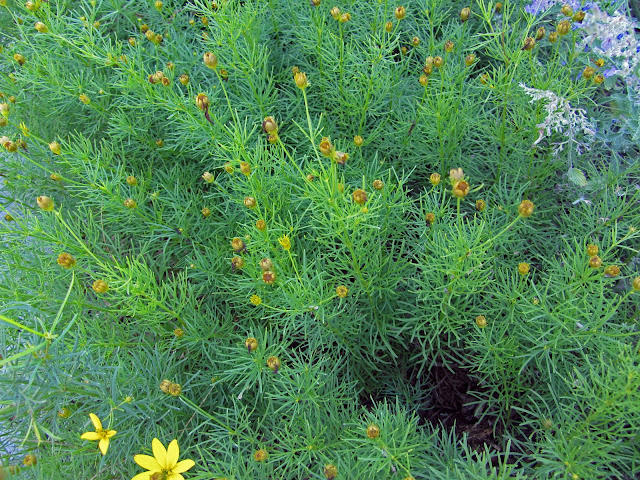 Coreopsis Zagreb benefits from a shearing in the early spring to promote spreading and then again after bloom, clean up with pruning shears for stray spent flowers. 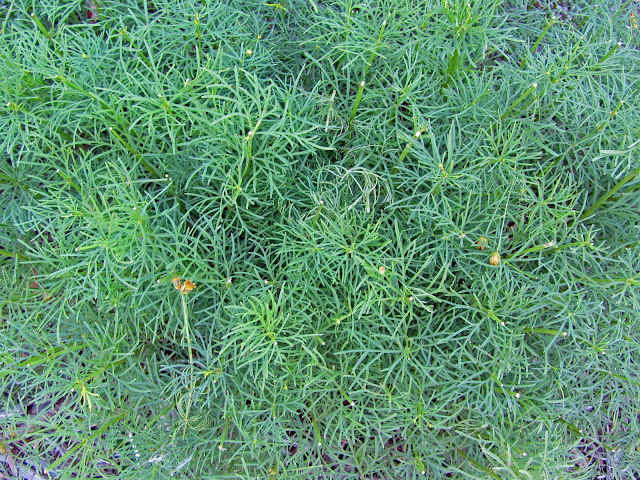 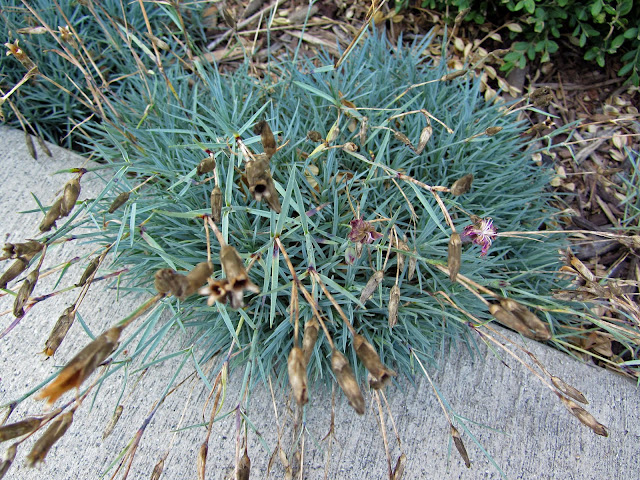 Dianthus Firewitch is certainly ready to be sheared back for rebloom before the fall coolness takes over. 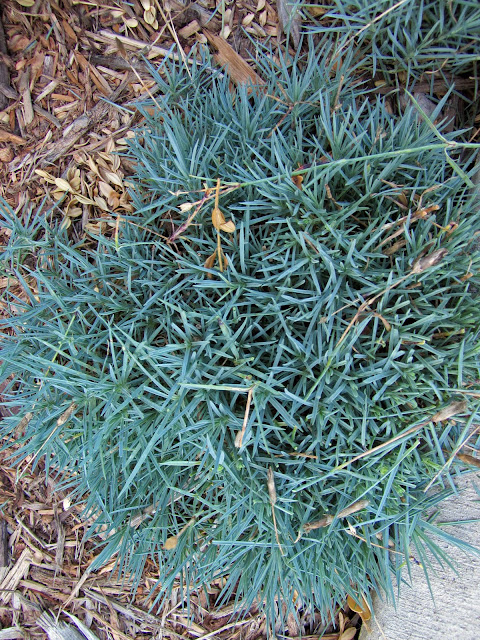 Shearing does not mean taking away any of the lower growth but removing all of the spent flower stalks down to the bottom. 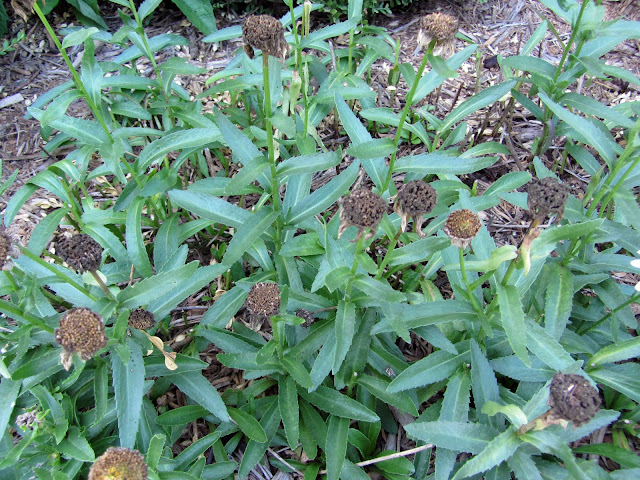 Shasta Snow Lady needs to be cut low if it going to rebloom, sometimes it does and sometimes I get just a couple of blooms.  However, it does form a lovely green mat going into the fall. 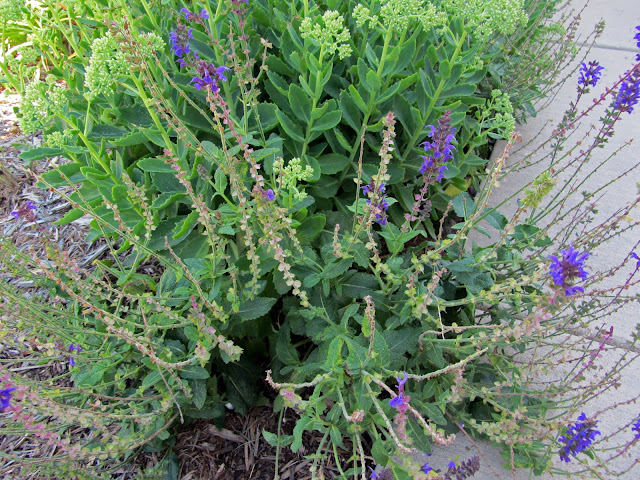 My May Night Salvia in Wisconsin has been let go or it would have rebloomed a couple of times by now.  I will cut it low down to the green stalk and expect some rebloom before fall. 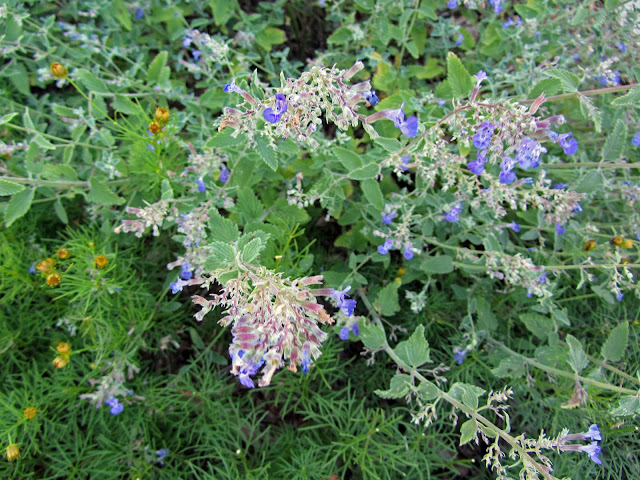 The Walker's Low Nepeta can be sheared down low or can just be pruned taking off all of the spent flowers.  It will rebloom lightly before the fall.

Ater you have pruned your earlier phlox for reblooming you might want to have Phlox Eva Cullum which is a later blooming phlox.  It is not as mildew resistant as some of the new ones but I plant it in back of my Rainbow Knockout and also pick off the mildewed leaves. 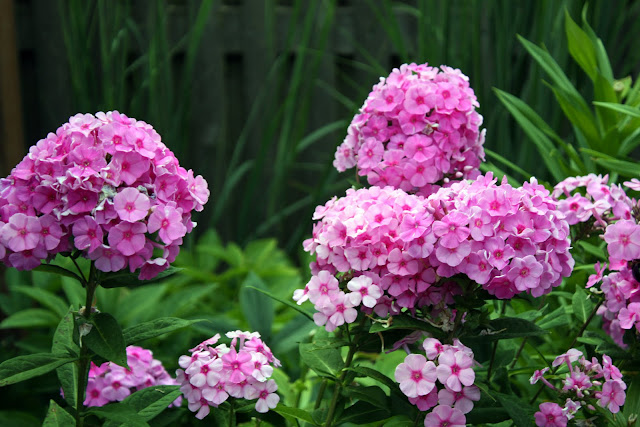 David is also a later blooming phlox and taller than most.  I moved mine last fall and it is doing well but it sure doesn't look like my daughter's!  Mine will probably never be this full or tall because I have it in not quite full sun whereas hers gets a good dose of sun all day. 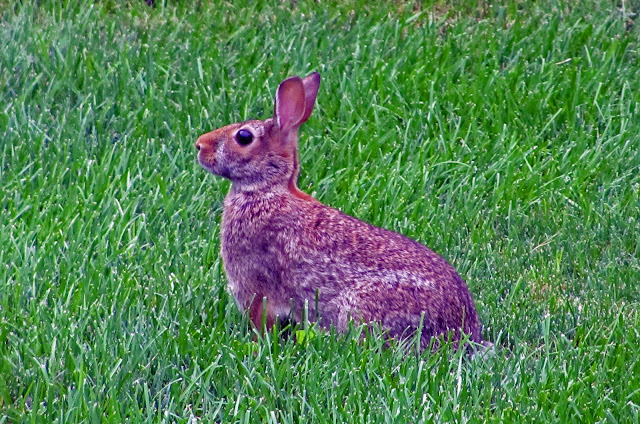 I have been taking care of my daughter's garden while she is away, but this is who I found patrolling when I arrived to photograph David.  It's convenient that rabbits play like they are a statue when threatened long enough for me to snap this picture! 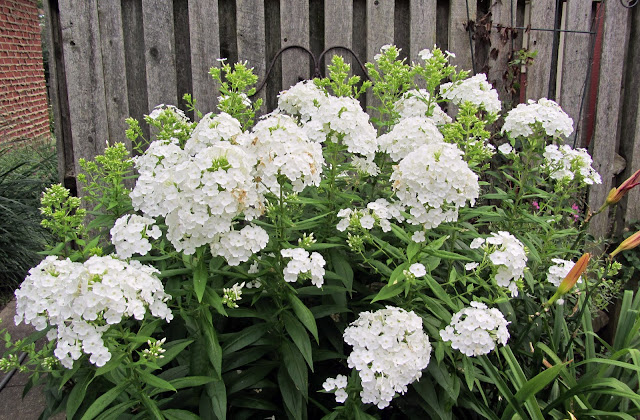 Tetrena's Daughter is shown in the header, a mid-season to late bloomer approximately forty-eight inches tall.
Posted by Gatsbys Gardens at Tuesday, August 02, 2011 28 comments: Links to this post