A Week To Remember

I can't recall a week when so many things seemed to be going on at one time.  It began last Saturday when I volunteered for the University of Illinois Extension at a demonstration farm where the food grown is donated to a local food pantry.

While I share my saga I am going to show you a few things that are in bloom in my garden. 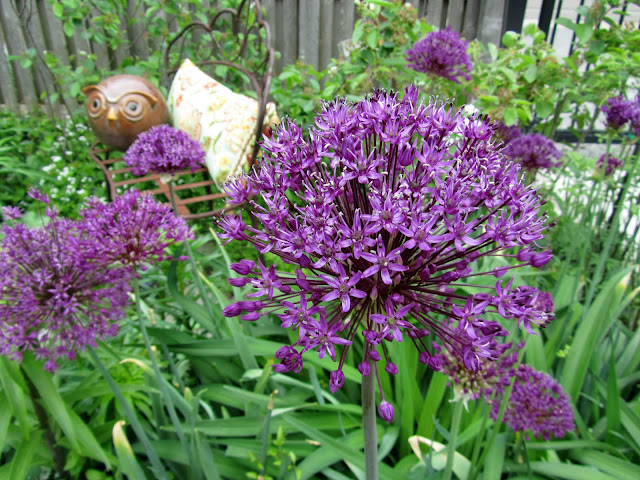 Allium Purple Sensation has deepened in color each day with the cooler weather. 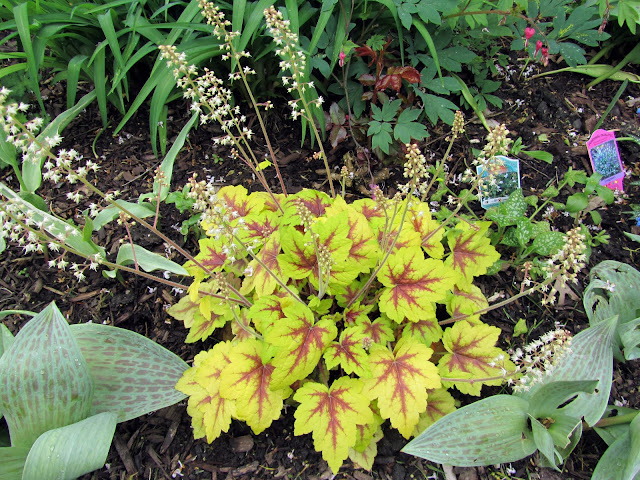 Heucherella Stoplight
I love the airy blooms on this one and it really pops in the garden.﻿
Well, I am certainly not like I used to be out in the misting rain, temps in the high forties and just garden gloves for my hands.  We were doing square foot plantings with both plants and seeds.  Three and one half hours later I was like a frozen speciman of a person.  It took hours to get rid of the shivers and the tingling in my hands only to begin cleaning my house for the fifty-six people who showed up for my Garden Study Group that I was hosting on Monday. 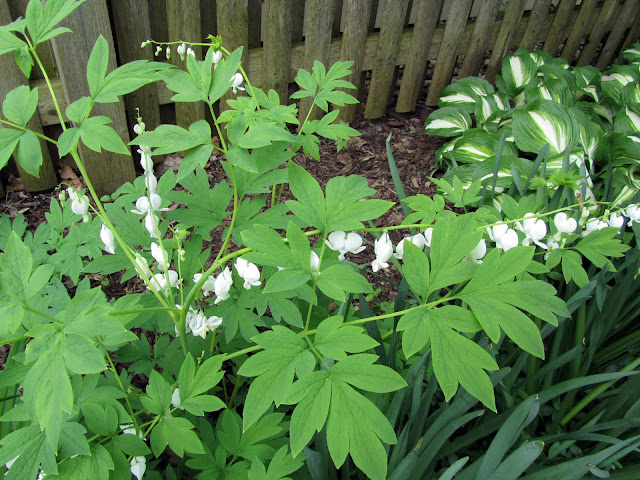 Dicentra Spectablis Alba﻿
Oh, I forgot to mention that on Saturday and Sunday the temperatures dipped into the high thirties with thirty to forty mile per hour winds.  By the time I looked outside some of my more tender annuals had been beat into submission.  In the meantime, my computer also crashed and I didn't have it hooked up to a back-up drive (I thought because it was fairly new I didn't need one - wrong).  On Monday morning I was outside with my Felco pruners cutting away all of the shriveled leaves. 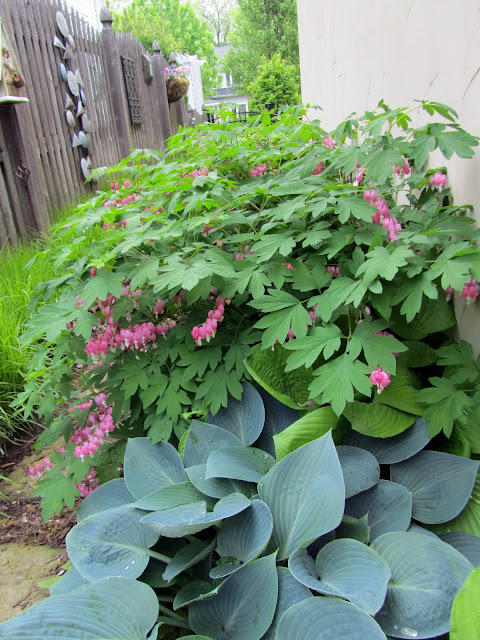 Halcyon Blue Hosta
At one time the Bleeding Heart was the same height as the hosta. 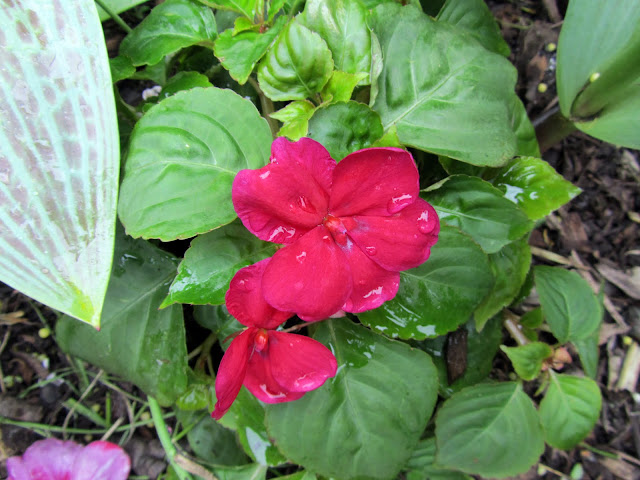 Impatiens Wild Thing
This is one of the plants I began under lights, only eight out of the twenty-five seeds germinated.﻿  I heard from many of you that this is not uncommon with impatiens.
The Garden Club presentation on Body Fitness was like a checklist of all the things I didn't do but wish I did. 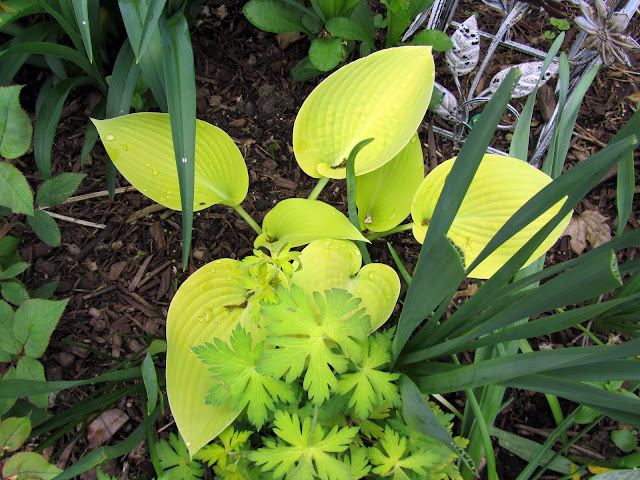 Hosta Unknown Name
I purchased this last year to go out in front under my Chanticleer Pear but it began to burn up even with light sun so I moved it to the back garden where it is shaded by many other plantings.  August Moon Hosta which is also a lighter green will take some sun so I put that one in it's place out front. 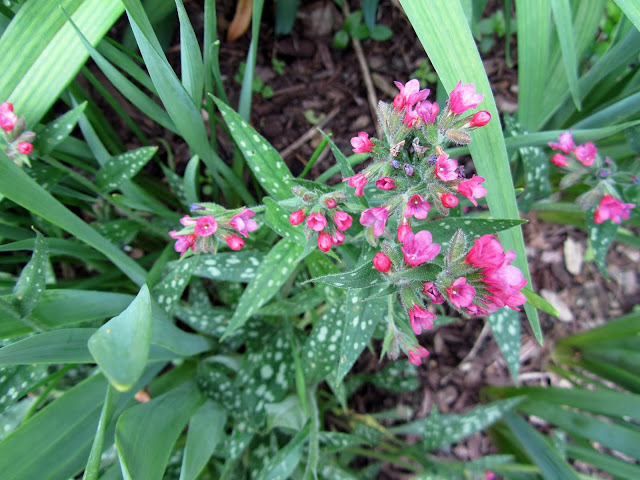 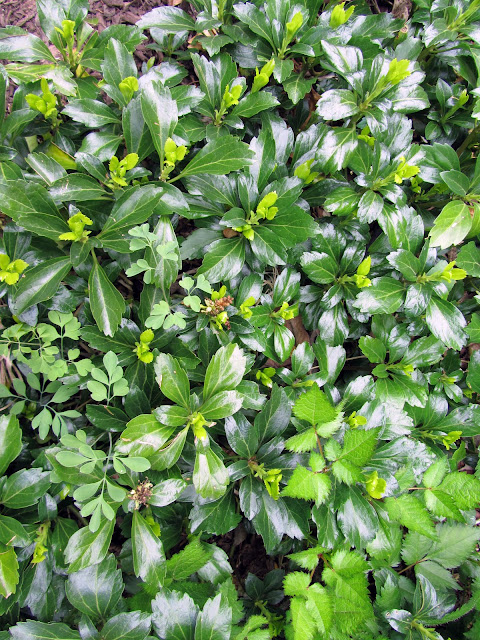 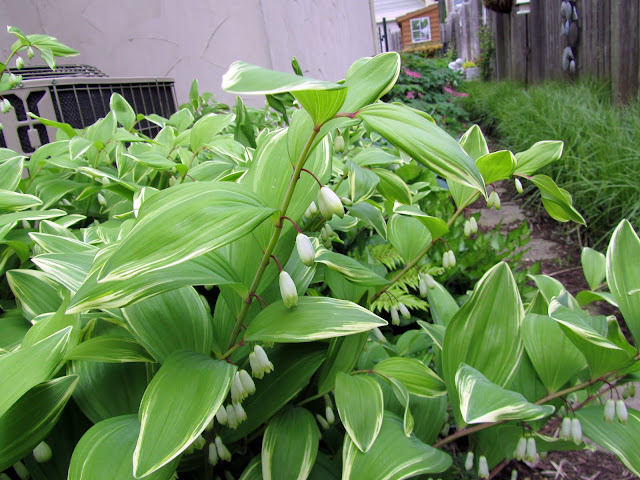 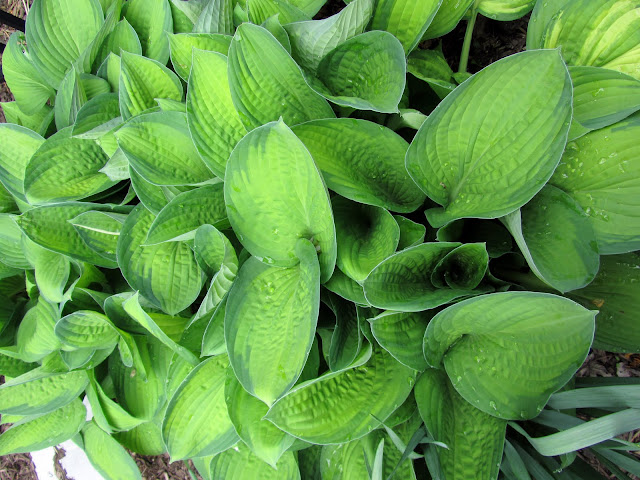 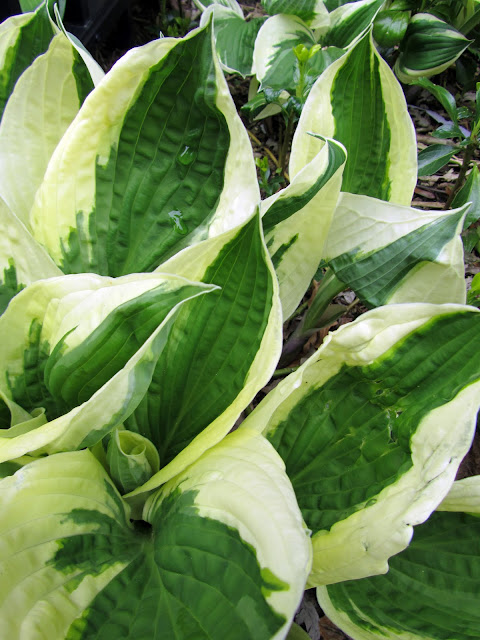 ﻿Hosta Patriot
We got through everything, new computer, with back up drive attached (they are as small as a wallet now).  Everyone loved the garden, put in a few replacement plants today, completed the baskets and containers, mossed most of the containers and am now sitting with an ice pack on my back! 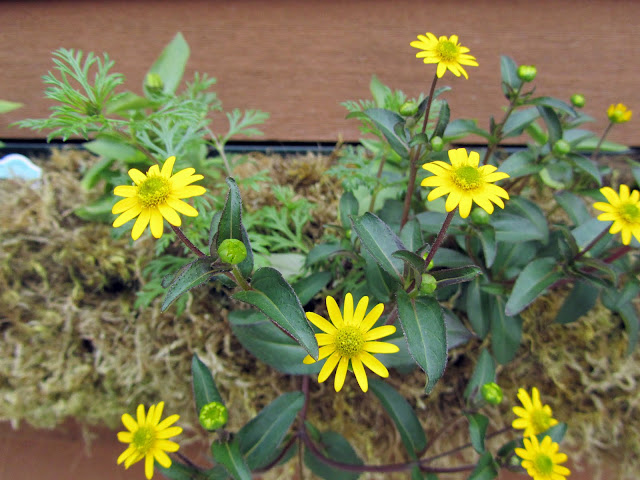 Sanvitalia
This one is supposed to do well in heat with minimum water requirements.  I am using it in my hayracks on the little garden shed. 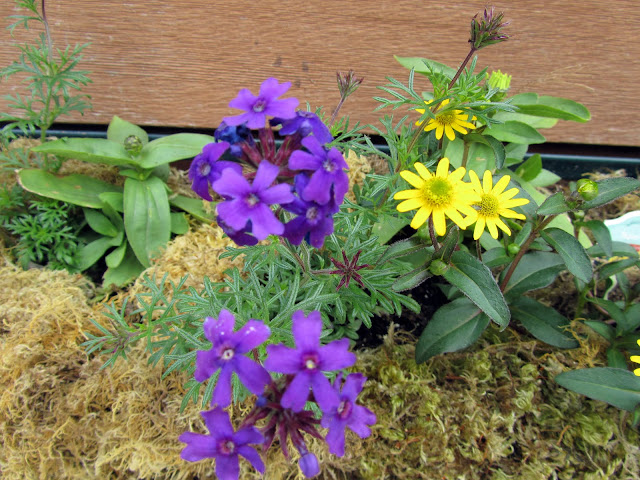 I think it will do well with Verbena Imagination and Zahara Zinnia Highlight which I started from seed (not blooming yet). 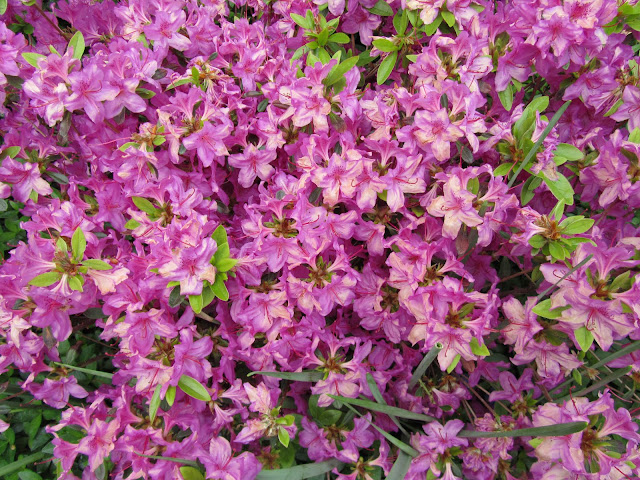 Azalea Karen
I like how the flowers have become lighter inside as they age. 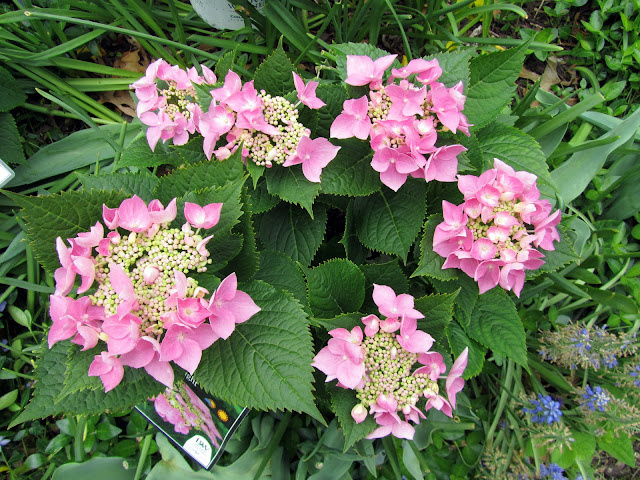 Hydrangea Let's Dance Starlight
I planted three of these last year in blue, color determined by soil or fertilizer.  I hope they will end up looking the same or it is going to be a little strange with pink on one side of the walk and blue on the other!
Have a great weekend everyone!
Posted by Gatsbys Gardens at Thursday, May 19, 2011 30 comments: