Oh What A Night!

Early Thursday morning I was awakened by a loud whooshing sound.  I thought it was the air conditioning as we had just had another day in the high nineties, but then I noticed the clock flashing.  The generator we had put in last fall had kicked in, we were in the midst of a power outage.  The area I live in has numerous outages, supposedly because of all of the big trees, out for three days last summer.  We have not had an outage since we put the generator in last fall so I was glad to see that it actually worked!  Along with the power we also lost cable and the Internet.

At three in the morning I was up checking the sump pump and I decided to make myself a cup of coffee in the middle of this horrendous storm.  The rain came down in torrential sheets, my garden is so sad looking but I had just taken some photos of how it used to look. 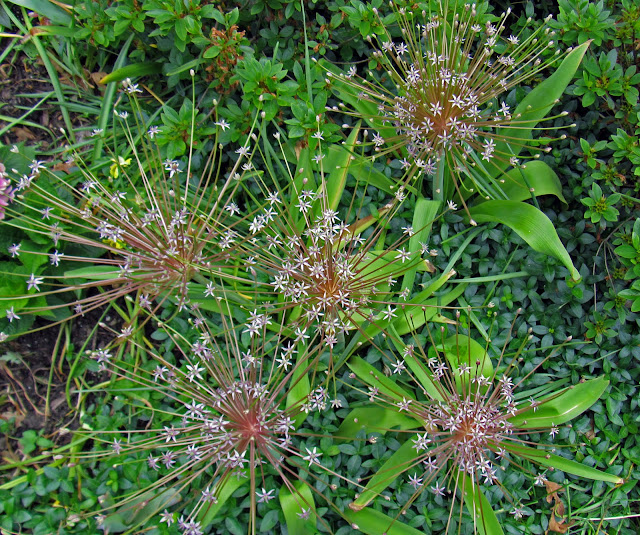 Allium Schubertti
This allium blooms later and the spheres are sixteen inches in diameter.  I will be saving them when dried to spray for the holidays. 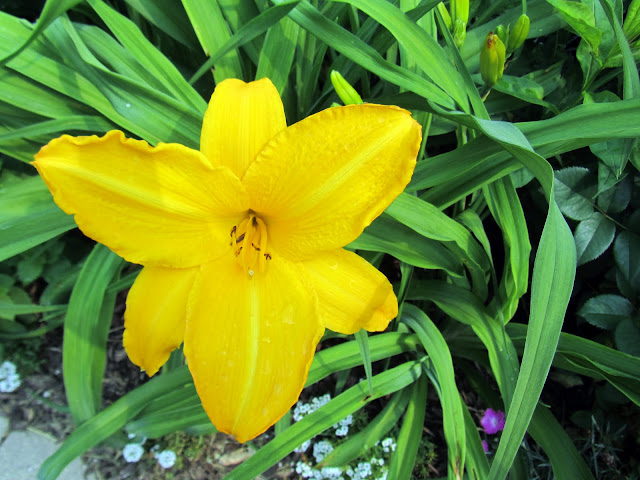 Eileen Clymer is the earliest daylily I have ever had!  It is blooming at least two weeks before Happy Returns.  Eileen Clymer is the hybridizer's mother-in-law who he asked to pick her favorite out of other daylilies, and this is the one she chose.  I have to say I agree with her choice, just stunning 6" wide. 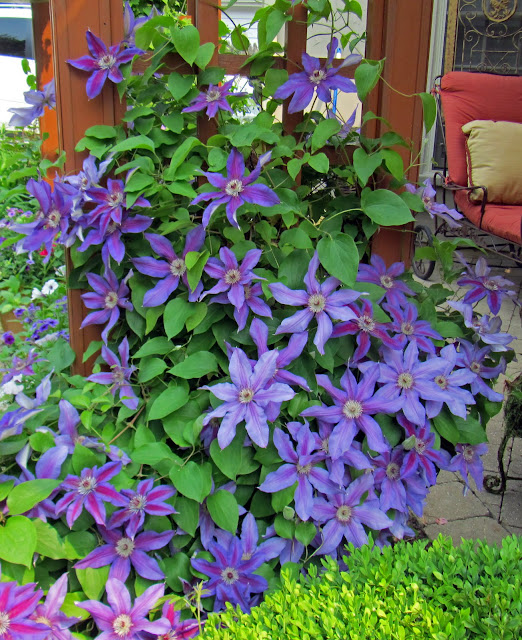 Clematis Fireworks is a type II and needs to be lightly trimmed in the spring or cut down after blooming to rejuvenate. 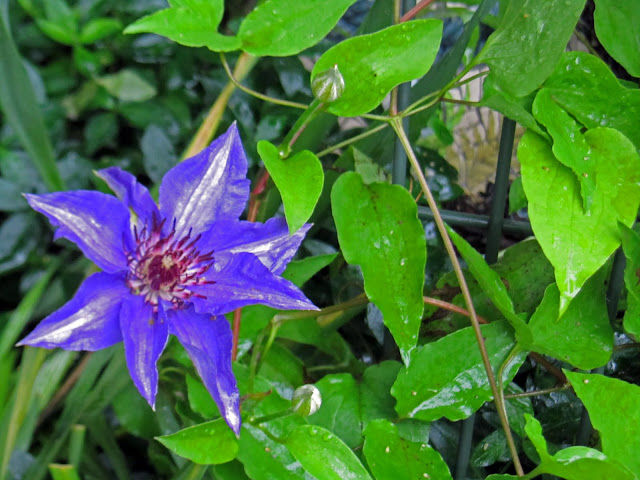 I think this one is General Sikorski as it does not grow very tall but then again I think it is eaten down by the rabbits each year. 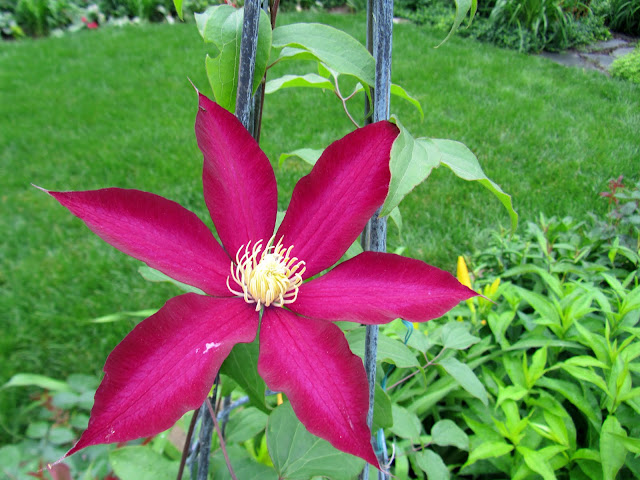 This is Bourbon a smaller clematis, growing ony four to six feet (Type II - prune after flowering or lightly in spring), love the color on the obelisk.
I am having a major war with rose midges, something I never heard of until last year.  My roses look great but the bud gets eaten before they can develop.  I am out to find that Bayer product that can get rid of this awful insect! 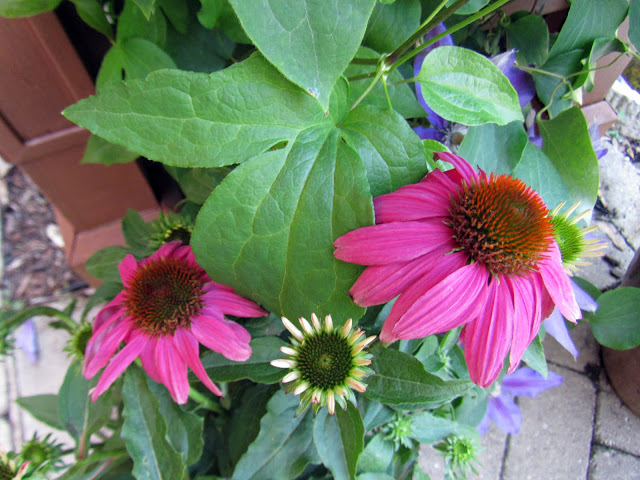 Pow Wow Echinacea has been trialed by the University of Illinois and given very high marks for being an echinacea that can be started from seed and bloom the first year.  I bought mine already potted because I did not order any of these seeds this year - just couldn't wait! 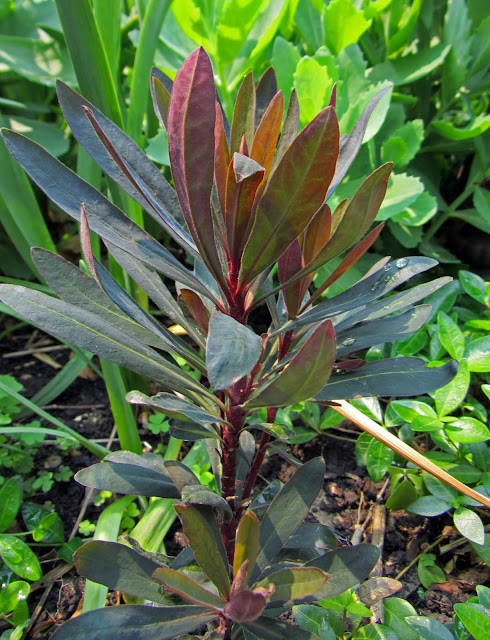 Blackbird Euphorbia I am growing as an annual for its great color. 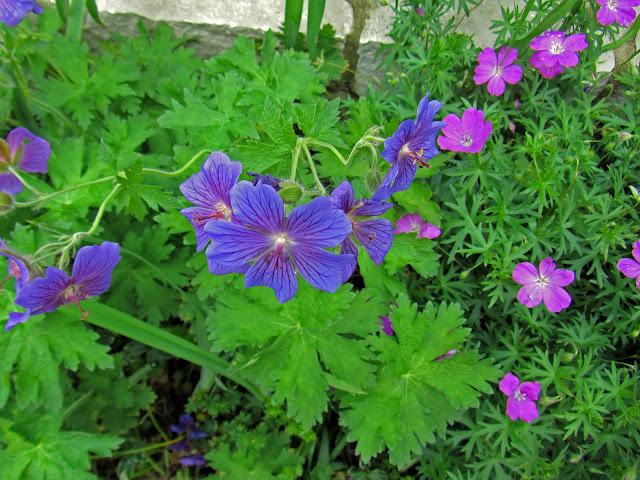 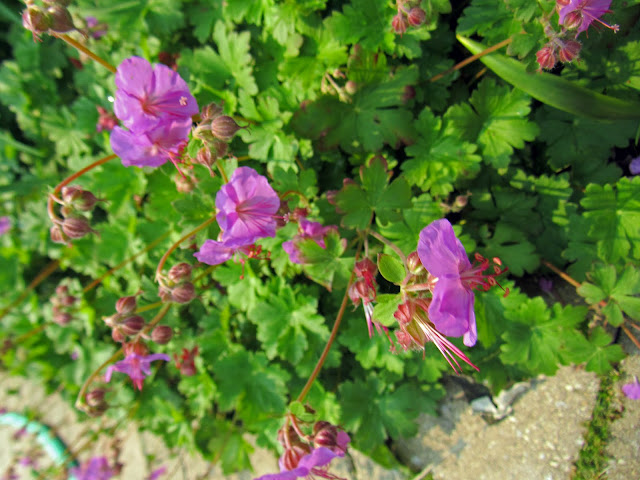 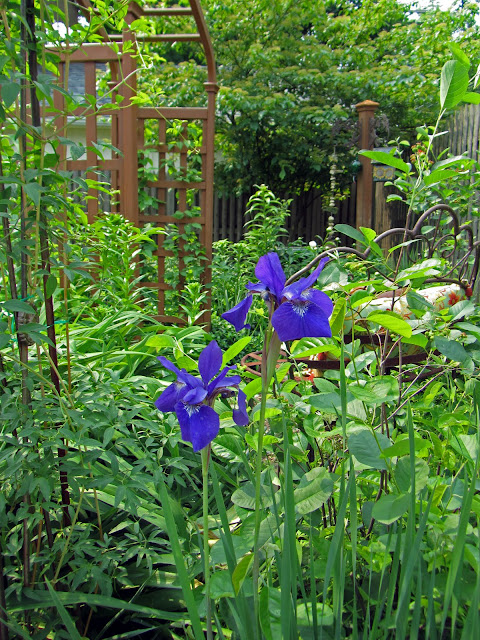 Caesar's Brother
I moved this also last fall because it had not flowered in many years.  Don't be hesitant to move plants if they are not performing.  I remind myself to listen to this. 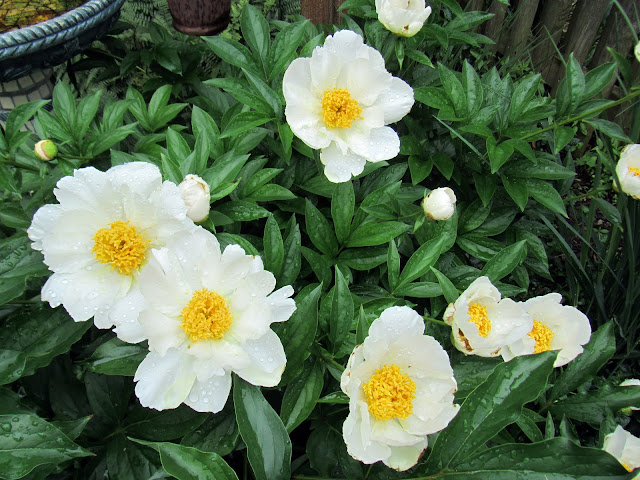 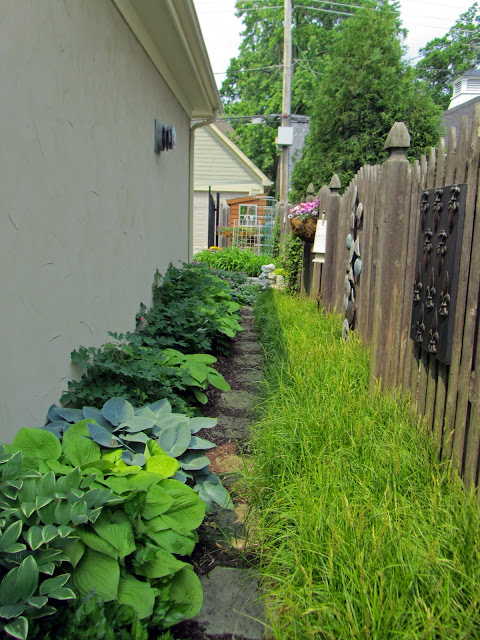 North side of garden
I did not fertilize the Carex grass this year because it flopped heavily last summer from too much of a good thing. 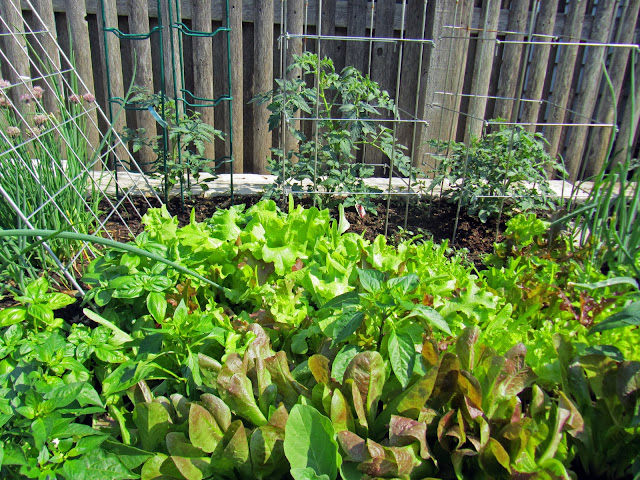 I am growing four tomatoes this year two Celebrity plants (determinate), a Better Boy and a Supersteak, several peppers, mostly hot, some small eggplant and of course lettuce and onions. 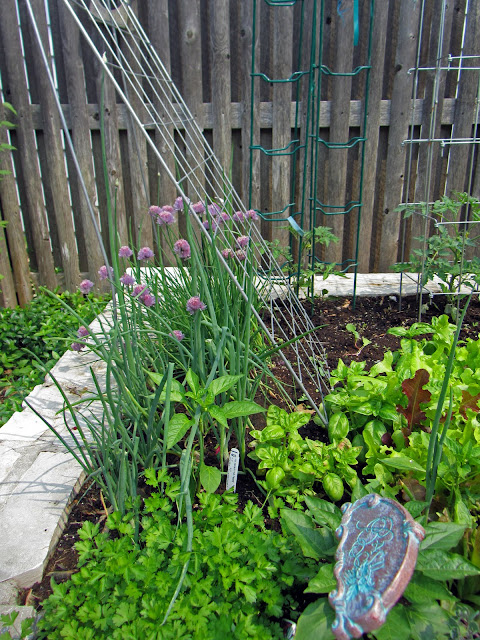 Oops, forgot to mention I am growing Cucumber Fanfare on this lean to, works great in small garden.
Fanfare is a recommended cucumber by the U of I for disease resistance, bush variety, had to order the seeds online.  I am growing parsley in each corner Italian and Curly. 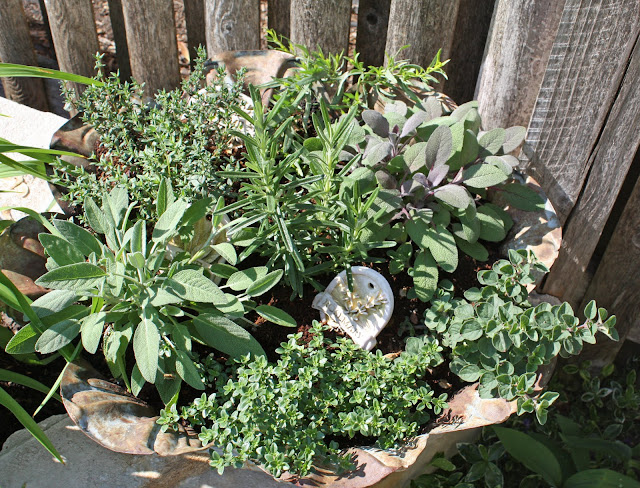 Herbs are doing great in their own container! 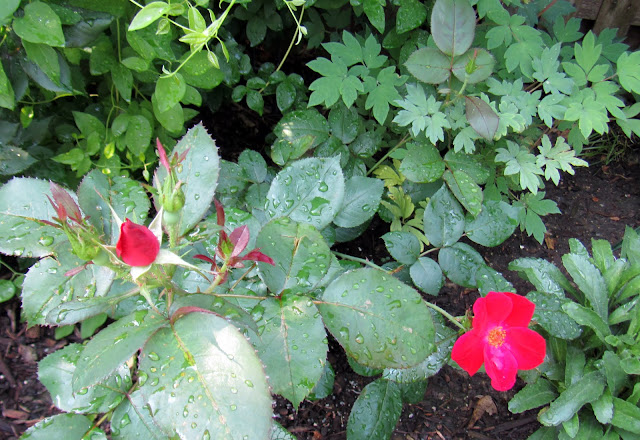 Home Run Rose
This is the one I ordered from California, larger but all are doing great so far!
Posted by Gatsbys Gardens at Friday, June 10, 2011 33 comments: Links to this post