It's been an interesting week of survival in 100 degree heat for many of the plantings that we choose to grow in zone 5! 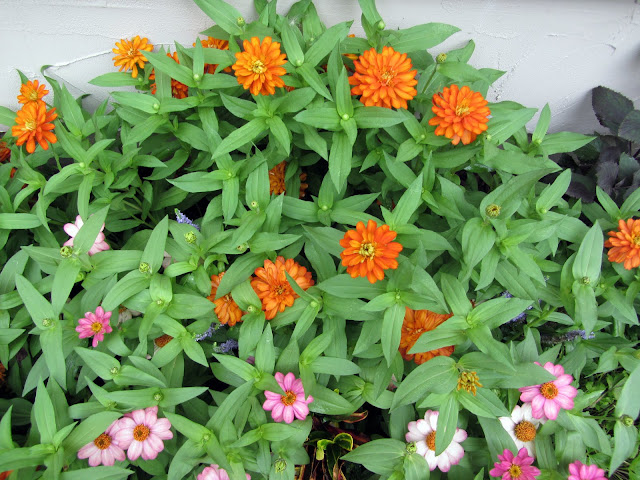 Zahara Zinnia is my plant of choice for the south side of my house.  They love the heat.
My roses have been attacked again this year even though I used the new Bayer Systemic advertised to combat Japanese Beetles. 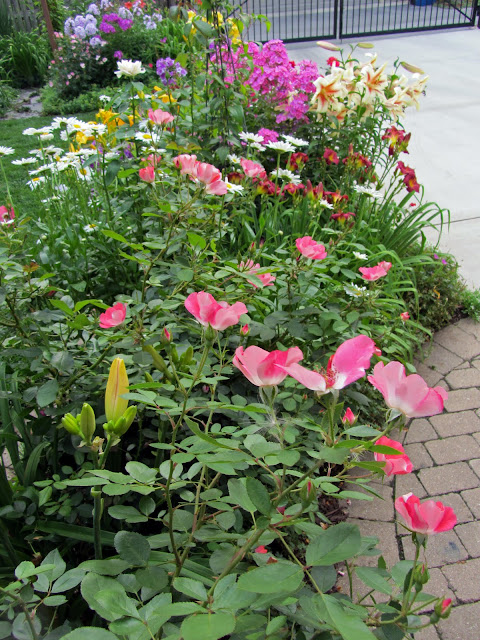 The containers have required watering two to three times per day to keep from wilting; 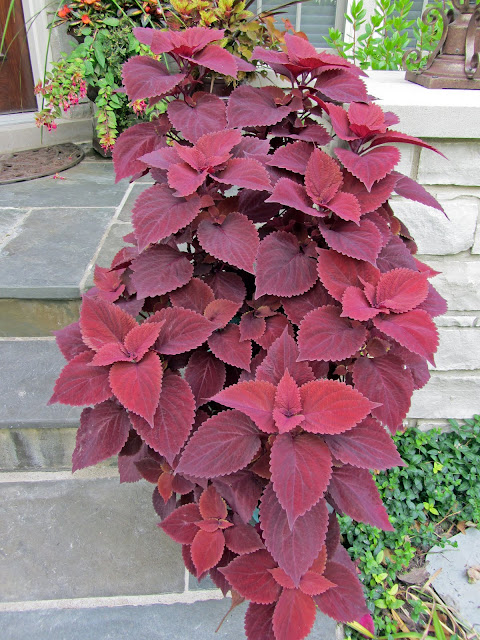 Redhead Coleus is planted in my smaller turquoise containers, too small for this large of a plant.  These are the containers that I had to water three times a day in the heat! 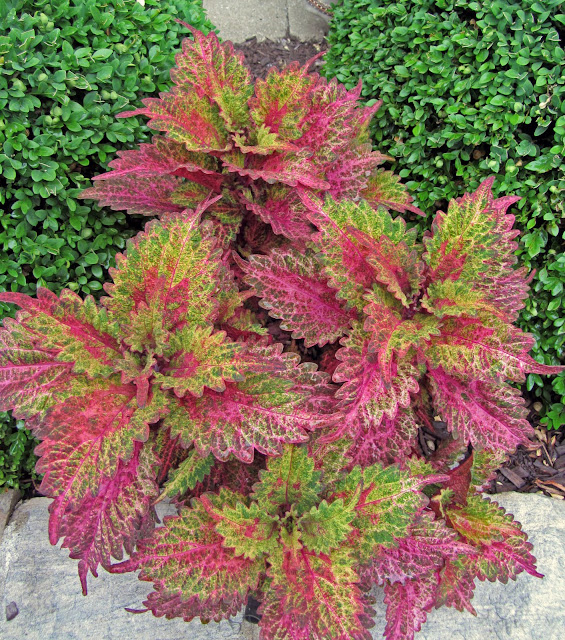 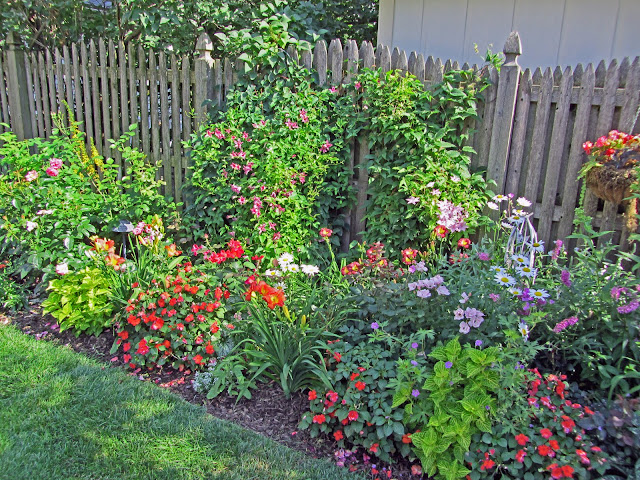 The tightly planted back border looks great because the plants shade each others roots. 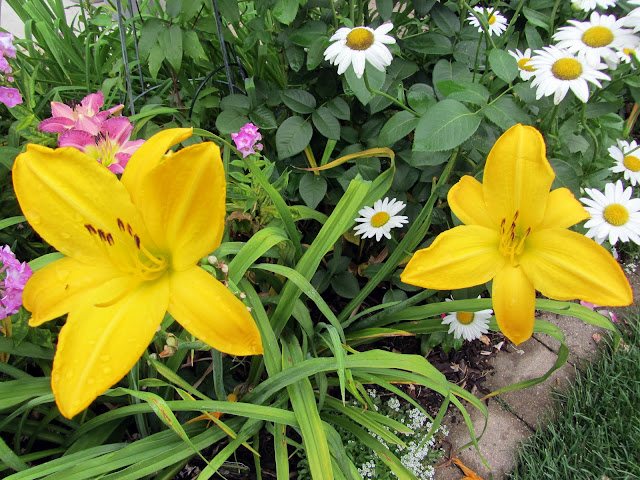 The mid-season daylilies are blooming joining the end of the early and extra early (Eileen Clymer, extra early, has bloomed for six weeks). 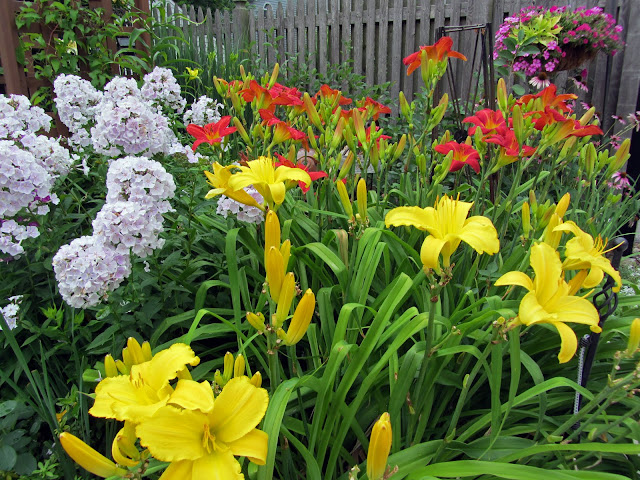 Mary Todd in the foreground is an early bloomer but it is overlapping with a mid-season bloomer in the background. 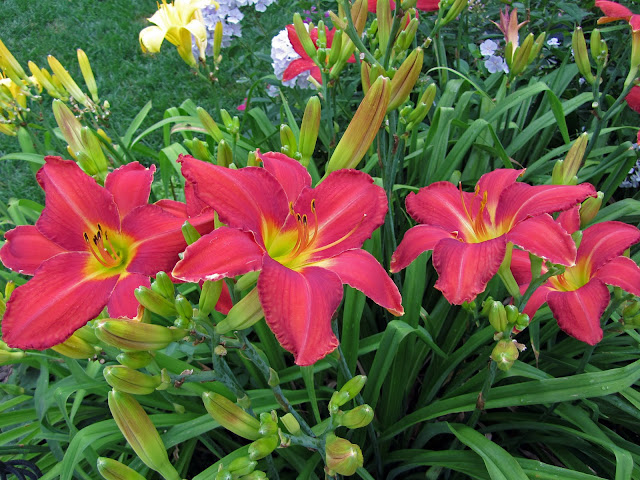 Chicago Rosy in the background 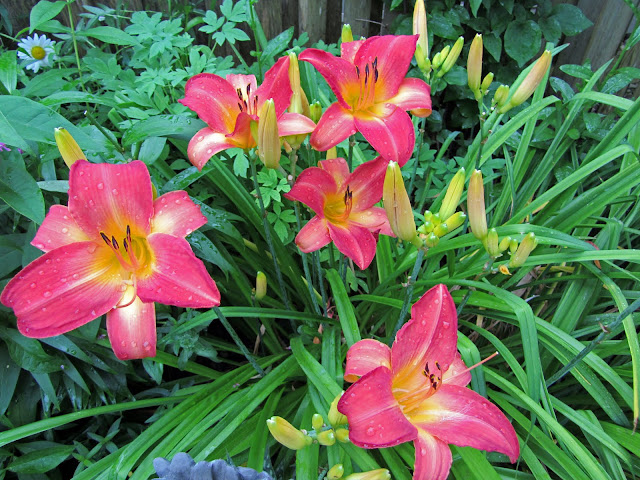 Cherry Cheeks in the back garden side border.  It is a mid-season to late season bloomer. 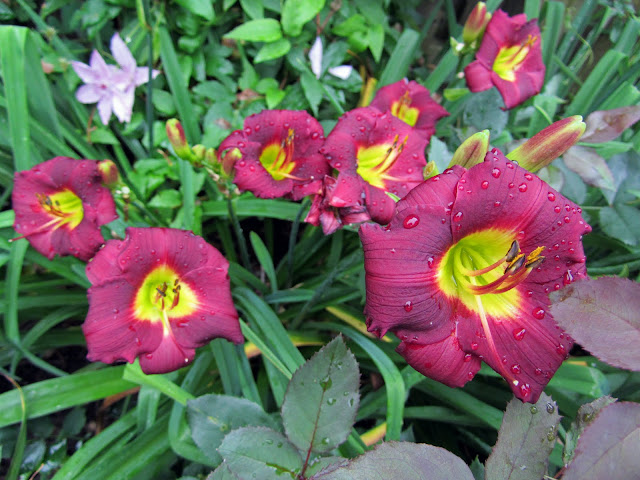 Dark Ruby
Early to mid-season still blooming at the end of July! 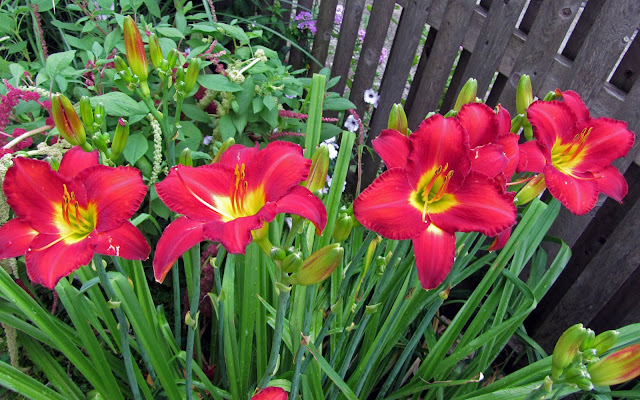 Chicago Apache
This is a mid-season daylily that has just begun to bloom in the raised bed on the south side. 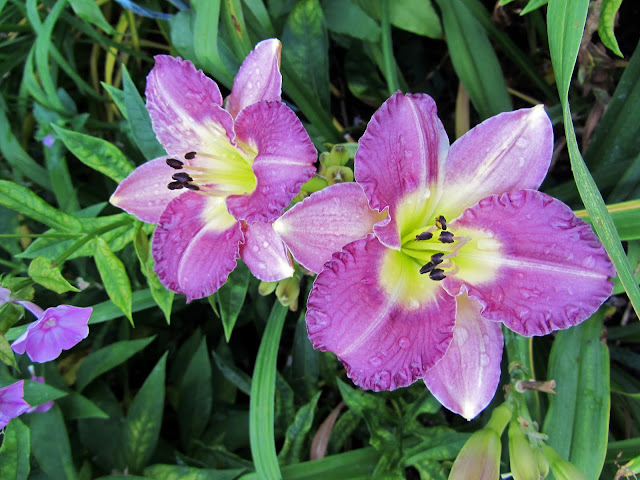 Entrapment
I purchased this at Home Depot last year mainly because of the name.  Entrapment is a mid-season bloomer.  It is a shorter daylily and I will have to move it in the fall because it is behind Eileen Clymer and blooms after but is hidden by the long blooming Eileen. 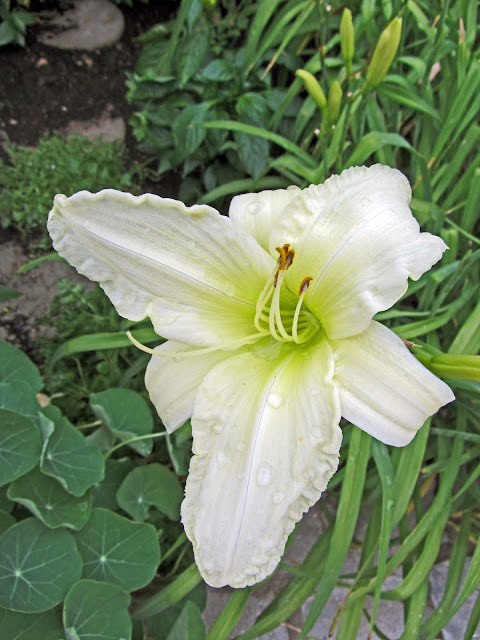 Ice Carnival
It is more of a yellow tinged white and grows in my raised bed vegetable garden mid-season.  The nice thing about it is that the day old flowers are hardly noticeable as mushies. 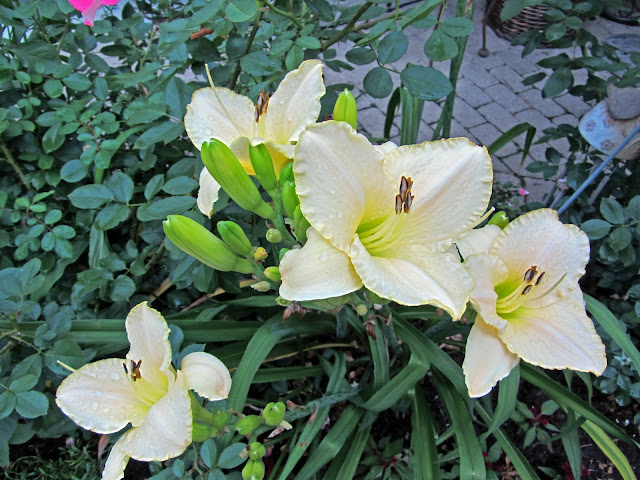 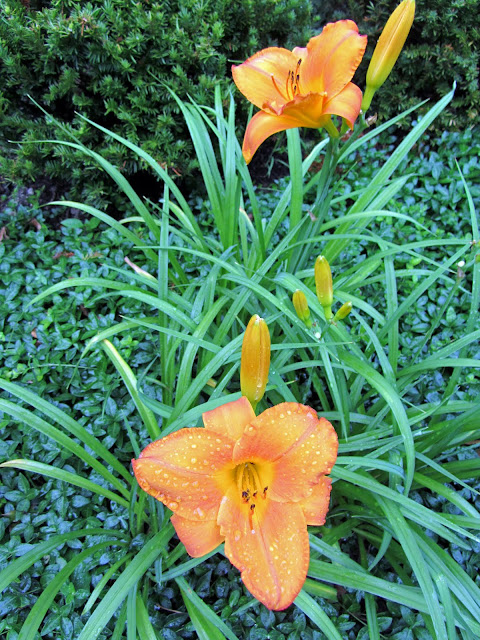 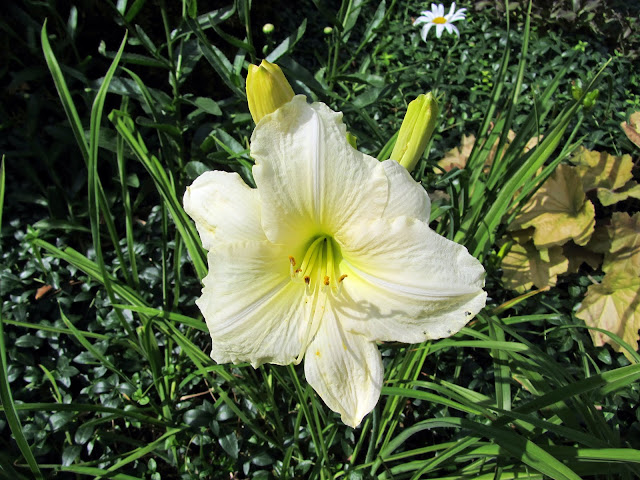 Joan Senior
Supposedly one of the best whites mid-season but has never been a real strong grower for me. 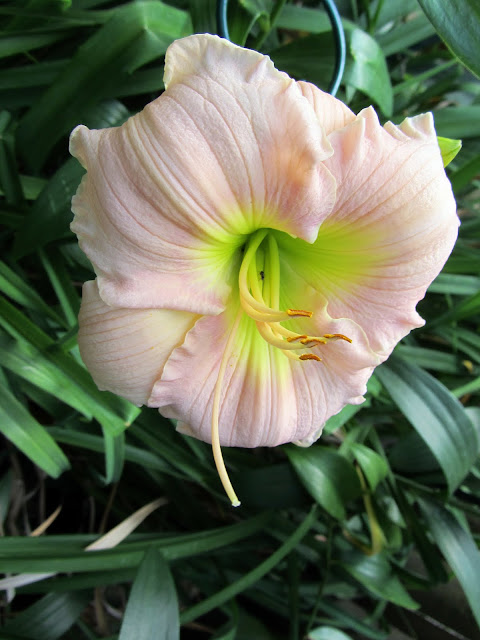 Barbara Mitchell
One of the best pinks mid-season but has been in two years and this is the first year with blooms and very few!
Daylilies love the heat, still need some water, but are great performers!