The Boxes Have Arrived

Even the UPS man asked what are these?  I told him they were my plant starting lights and he looked at me like what are you talking about!  Isn't it a little early, he said, no I explained that these were for indoors and then we put them outdoors.  He petted Reggie who barks non-stop at him each time his truck pulls up.  You would think Reggie would know him by now! 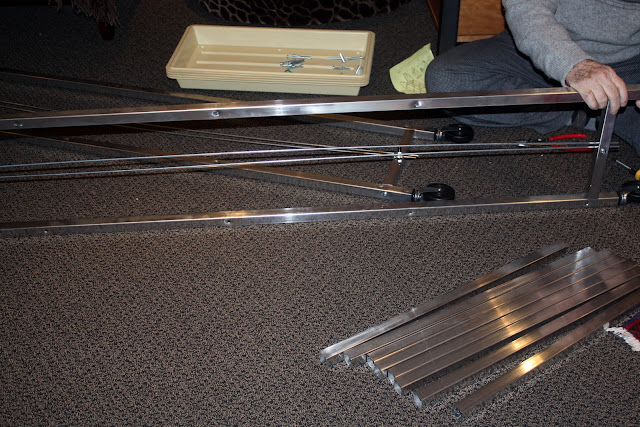 I am planning on using a sterile synthetic soil because if it has any real dirt in it the seedlings can suffer from a sickness called "damp off."  This is devastating to see happening, watching one plant after the other fall over at the soil line and die,  expensive and not fun to watch. 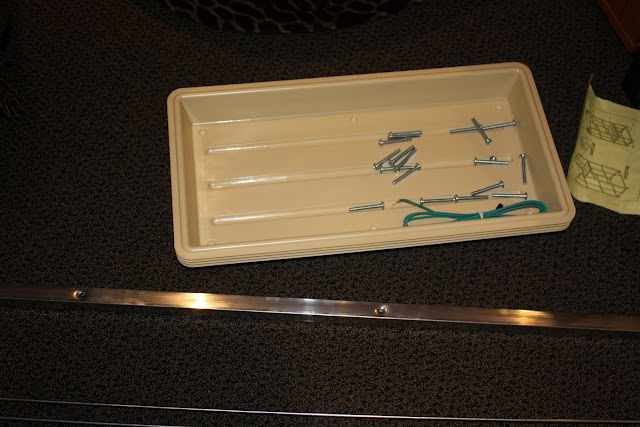 There are lots of pieces 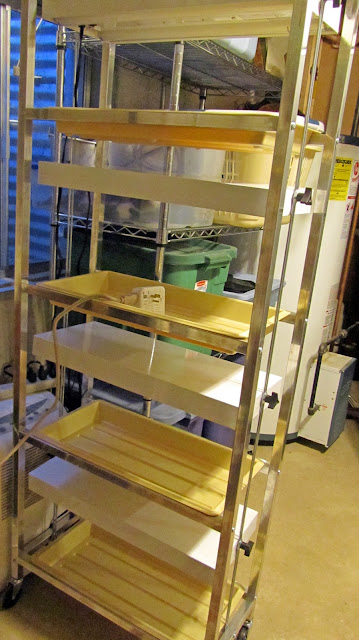 It's ready to go, each set of lights plugs in separately. 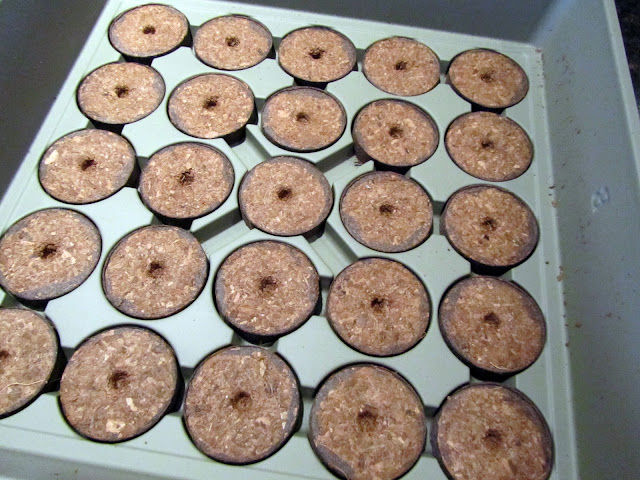 These are the little peat plugs that came with the pans and covers.  It was difficult to find just the trays, it seems everything comes in a kit. 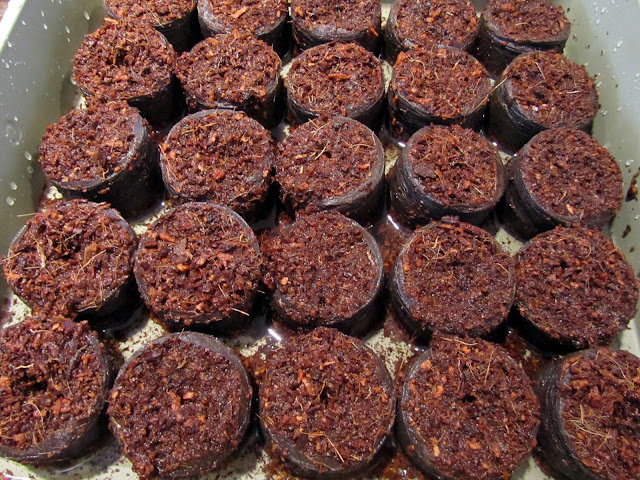 I have decided to use the little peat pots for the very small impatiens seeds.  I filled the container with warm water until they were saturated. 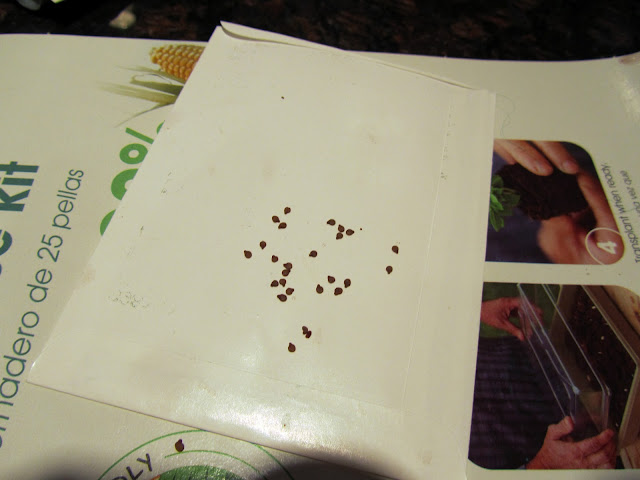 There are only twenty-five seeds of this new introduction so I can't afford to lose any. 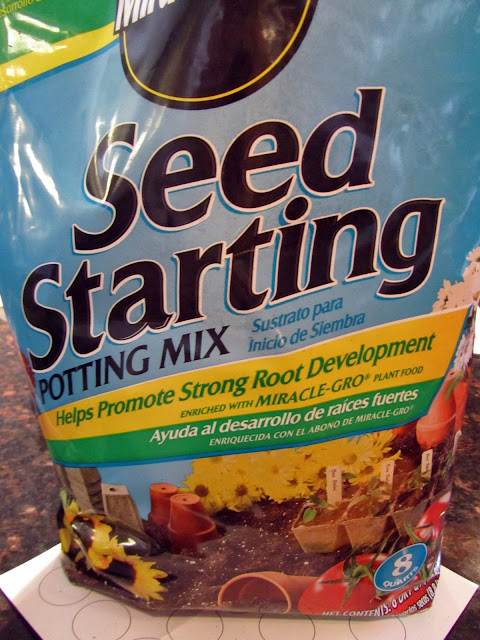 I would normally used a sterile synthetic soil and will for some of the other seed starts especially the larger seeds. 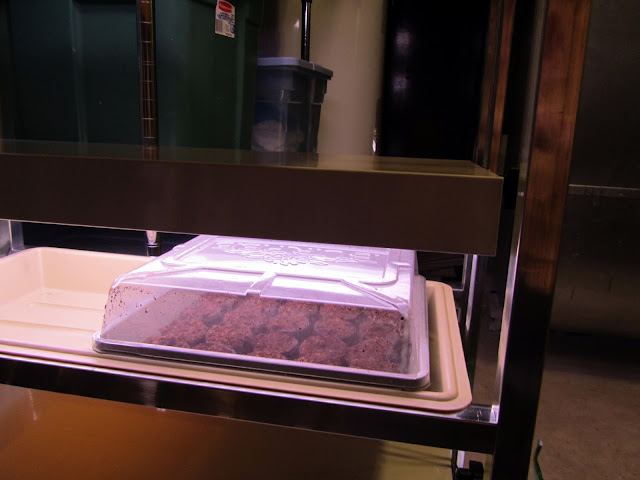 The lights are on a timer 14-16 hours is appropriate for seed starting a cover is necessary in the beginning to retain moisture (many years I just used a sheet of plastic).  I do not have a heated pad under these or the seeds would germinate faster.  Lights are adjusted low and will go even lower when the cover is removed (when all the seeds have sprouted). 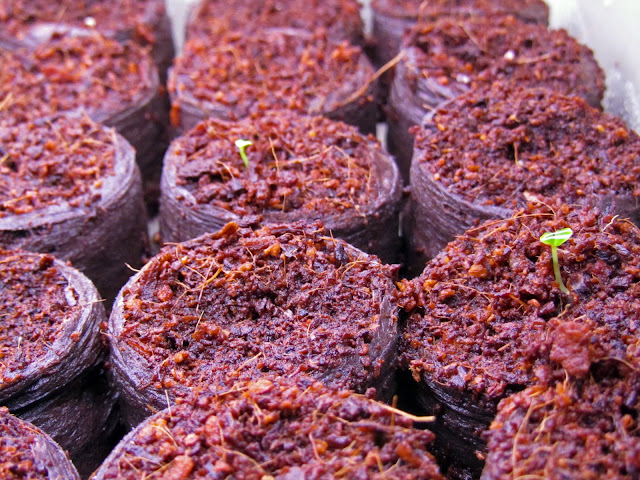 They are really small but are beginning to sprout! 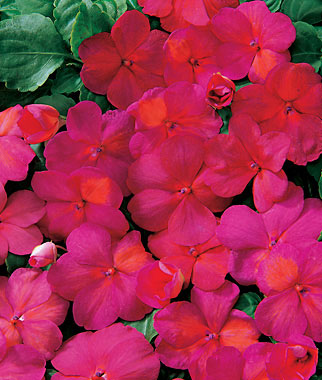 Wild Thing Impatiens
Hopefully, this is what I'll get!
Posted by Gatsbys Gardens at Thursday, February 10, 2011 24 comments: