Do you ever wonder where you have been all of your life?  When you have worked for a very long time spending each day being locked in for eight plus hours you sometimes miss what is going on outside of your daily endeavors.

That is how I have begun to feel when I go to places like the Oriental Museum on the grounds of the University of Chicago last winter and when I visit a place like Crabtree Farm in Lake Bluff, Illinois.

It was a rainy day when our group from the Art Institute arrived at Crabtree Farm, beautiful landscaping as far as we could see and a treacherous narrow road by bus with branches whipping against the side as we travelled. 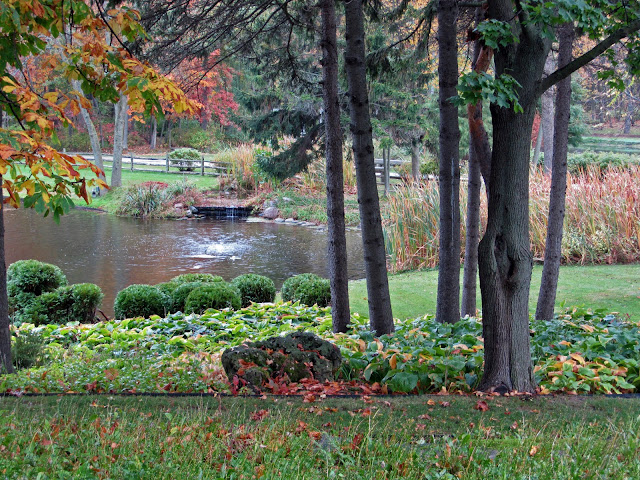 At the turn of the century this was part of a 370 acre dairy farm owned by an Illinois Federal Judge, Henry Blodgett who created the Chicago and Northwestern Railway. 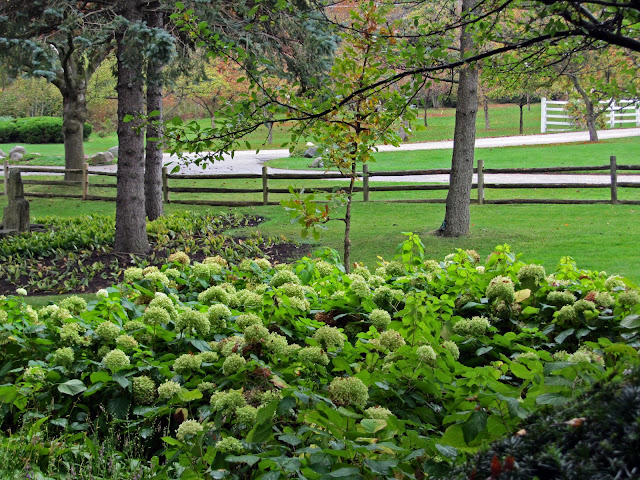 In 1905, Scott Durand bought 250 acres of the property for his wife Grace who had an education in Agriculture.  The property he bought was located in the village of Lake Forest which was a constant disturbance to the neighborhood. 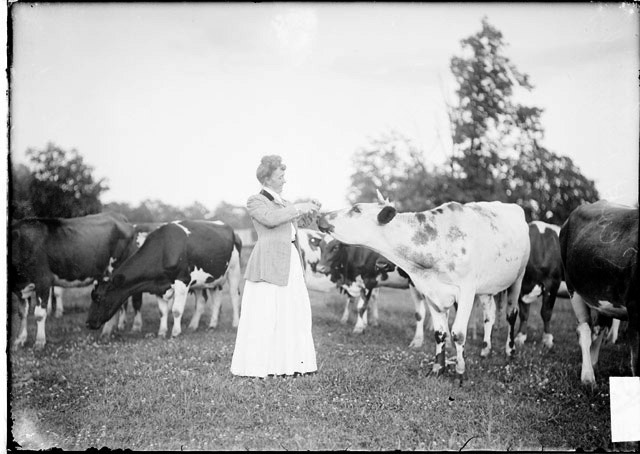 Grace Durand with her cows 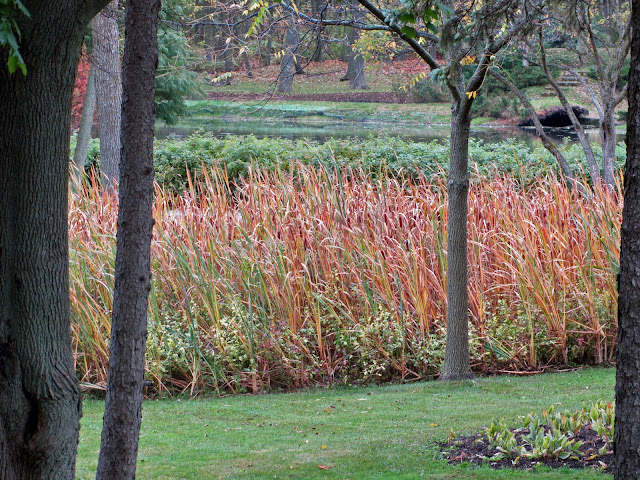 They relocated  further on to the former Blodgett property where in 1910 a fire destroyed the original farm buildings.  They had it rebuilt by Solon Spencer Berman (who designed Pullman Village) and those are the buildings that survive today.

In 1993 a bungalow was erected on the site of the original farmhouse which was destroyed by fire in 1972.  Its design was based on the drawings by Harvey Ellis and was taken from a 1903 issue of the Craftsman, entitled "How To Build A Bungalow."  This is the first home ever built to his specifications. 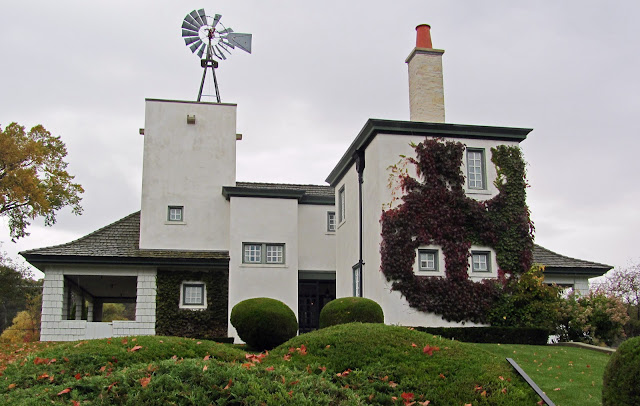 This is the Harvey Ellis Craftsman Bungalow.  We were not allowed to take photos inside the homes so I have had to get some interiors from the Internet. 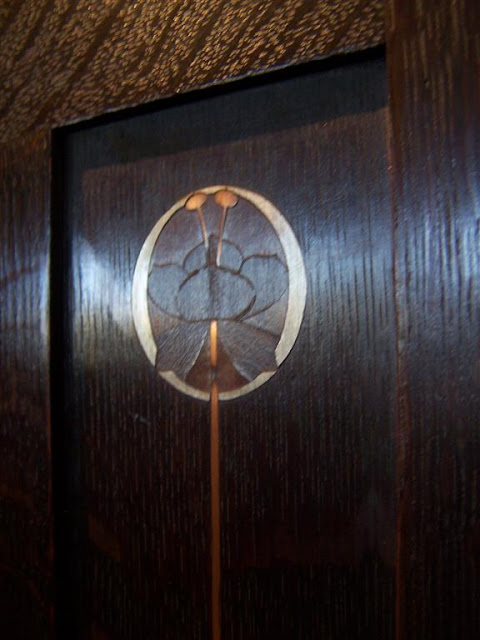 Harvey Ellis designed the furniture that was placed in this home.  He was known for beautiful inlays, wood and metal. 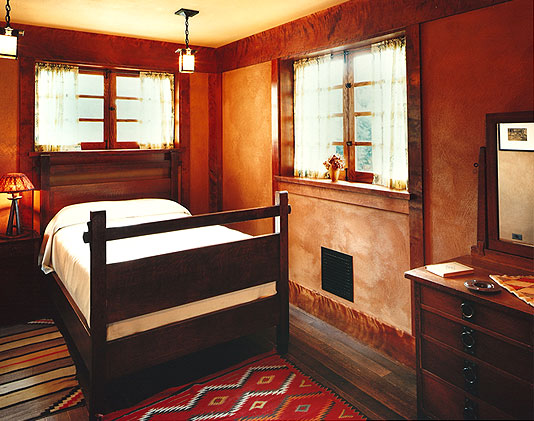 The typical bedroom had Stickley furniture or in the Ellis house Harvey Ellis designs which had more curves and inlays than Stickley. 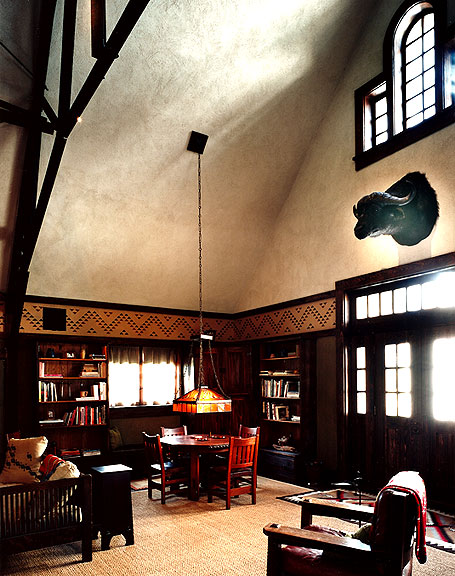 This is a room filled with Gustav Stickley furniture.  It is a family room that the current owners still use for family gatherings.  Gustav Stickley went bankrupt because he could not deviate soon enough from the "Mission Style" furniture of the Craftsman movement. 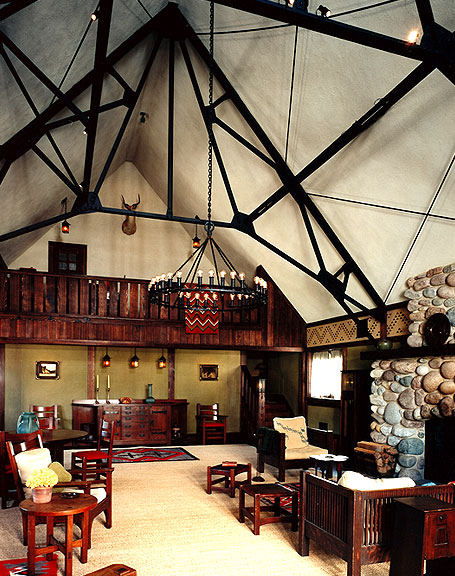 This is part of the same family room with the loft above turned into a media room.  These spaces are filled with Native American original rugs. 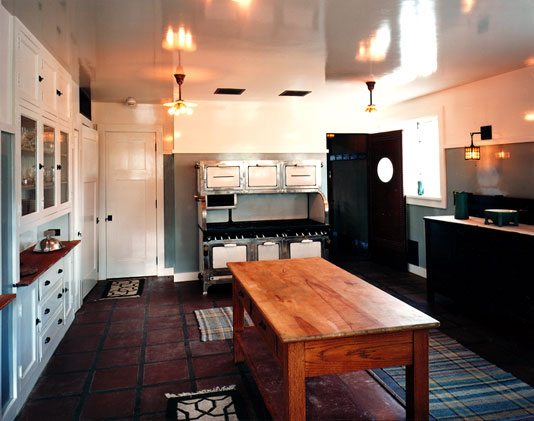 The original kitchen has been preserved with a twelve burner stove and terra cotta tile on the floor. 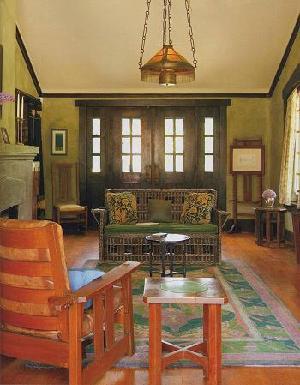 This is the cattle selling cottage, all original Stickley furniture.  I believe the rug is a William Morris original. 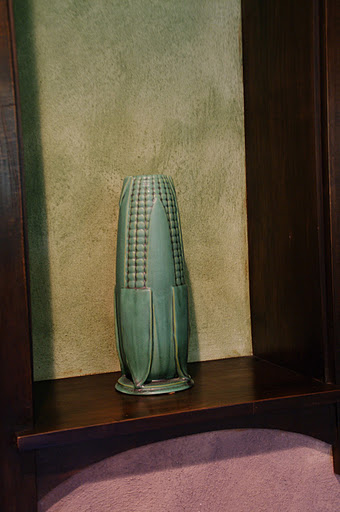 Teco Pottery is located in just about all of the buildings on Crabtree Farm property.  This one happens to be worth many thousands of dollars because it is so unusual. 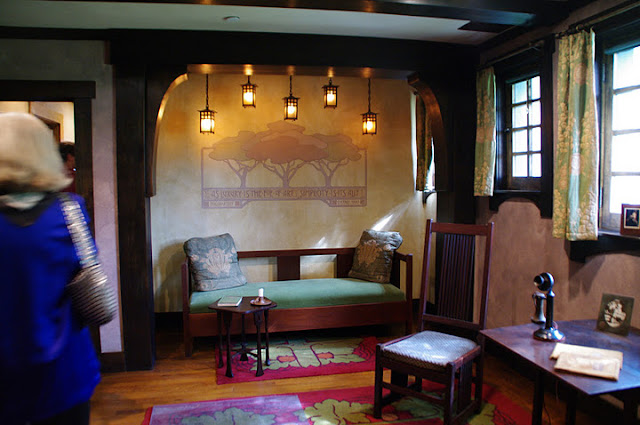 Again, Stickley furniture and Donegal rugs loomed in Ireland.  These are all original from the early part of the 20th century. 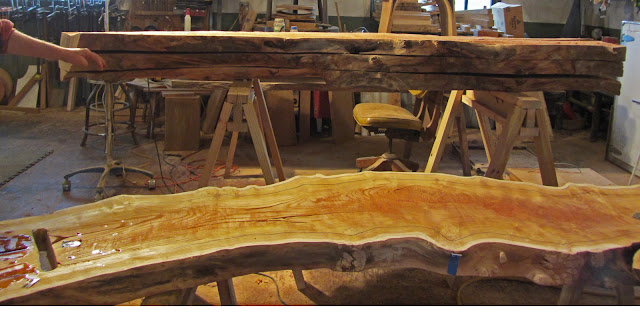 ﻿Artisians live on the property and have the use of the grounds and equipment to produce their products.  This is a tree that was cut down and is being made into a bench for Children's Memorial Hospital in Chicago.

I wish I was able to take photos of the William Morris designs in the rugs and fabrics that have been preserved all lined up in a room from the 1800's.

I was set straight by our tour guide that Craftsman is not a style but a philosophy that encompasses all types of furniture built by craftsmen during this time period.  It began in England (more delicate styles) travelled to the United States and became overwhelmingly Mission and eventually went worldwide.

She was quick to point out that Craftsman incorporated all of the traditional styles like Hepplewhite, Chippendale, Sheraton, etc., but Stickley's downfall was that he didn't replicate some of these styles in the Craftsman philosophy.  Stickley is now a viable company again because they do offer all of these styles in the true Craftsman philosophy!
Posted by Gatsbys Gardens at Wednesday, October 19, 2011 11 comments: Links to this post