When you have a layered garden like mine it is important that that spent plants be deadheaded and cut down so the next show can begin. 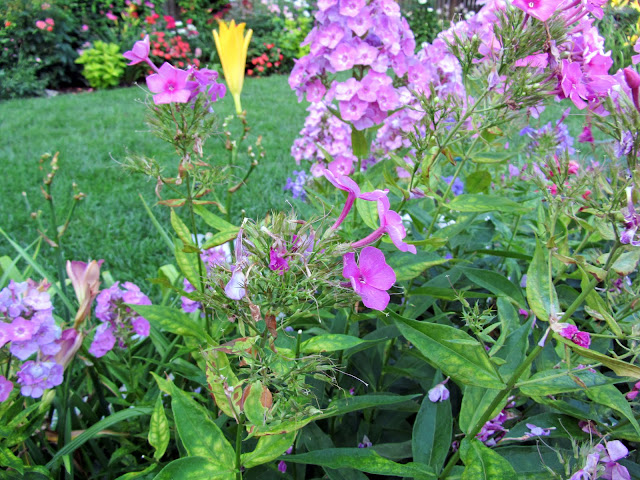 Bubblegum Phlox is ready to be deadheaded cut just below the spent flower buds.  This is one of the most mildew resistant phlox but it obviously has had some other issues that did not affect the blooming.

Daylilies play a big part in my garden all season but the early bloomers take up room with messy foliage and no blooms.  Underneath these earlier daylilies I have interplanted Plumbago which is late to appear in the spring and blooms in late summer and fall.  The daylilies are cut back to develop smaller clumps of fresh leaves and let the Plumbago peek through. 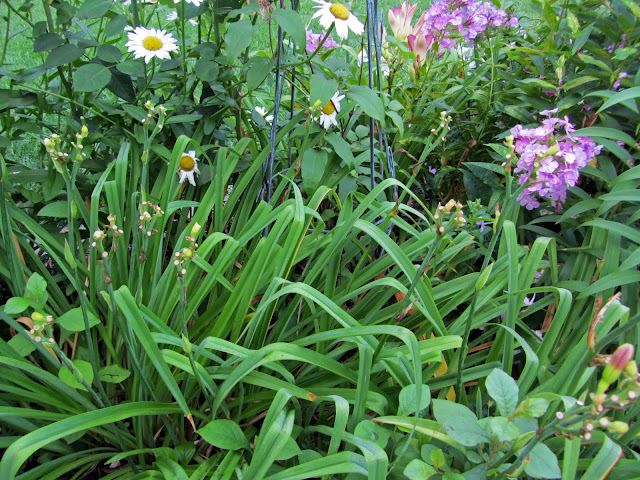 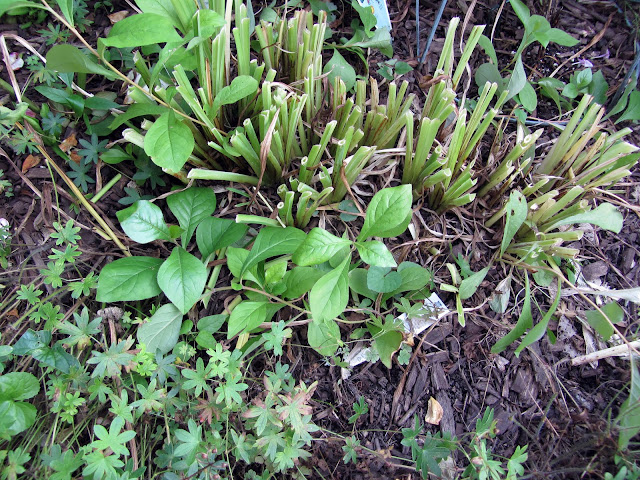 Dark Ruby foliage trimmed down to expose Plumbago.  Daylilies will sprout fresh leaves and the Plumbago will bloom in the late summer and early fall. 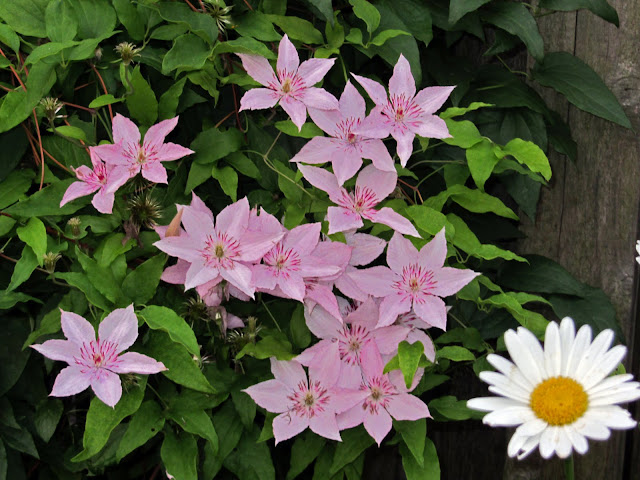 Deadheading clematis can be very rewarding such as this Hagley Hybrid which will put on a show as long as those fuzzies are cut off.  The flowers are not quite as large as the springtime flush but just beautiful as a background. 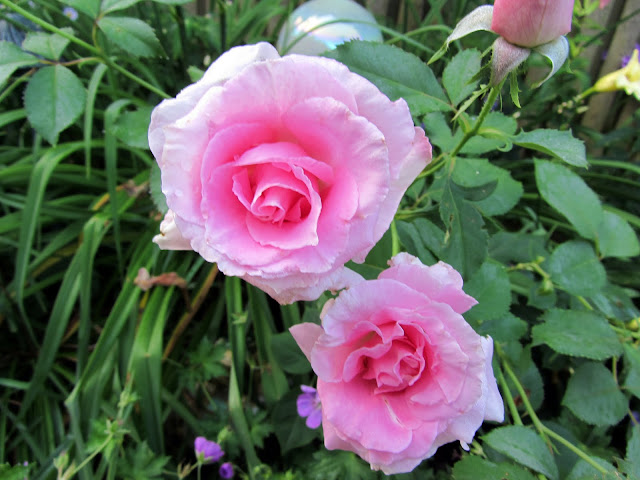 Carefree Beauty will bloom off and on all summer if deadheaded and fertilized. 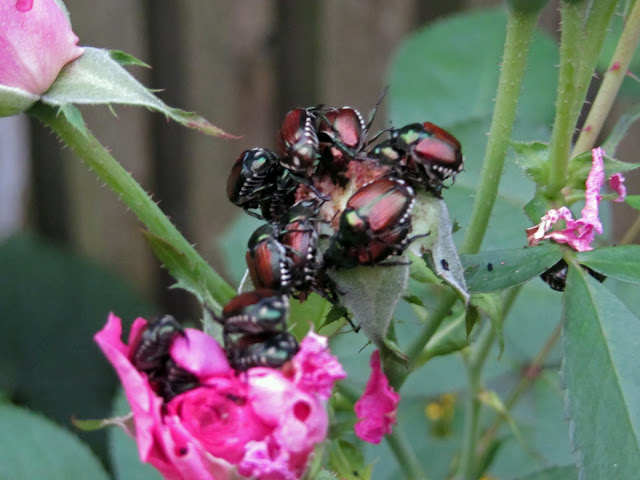 This is what I have been finding each morning when I go out to water!  They are not something I want to pick off and put in soapy water, Yikes!  I usually spray them with a strong stream of water, doesn't work, they hold on for dear life.  Sevin works, but another group is back the next morning.  I even used the Bayer product that is supposed to stop this. 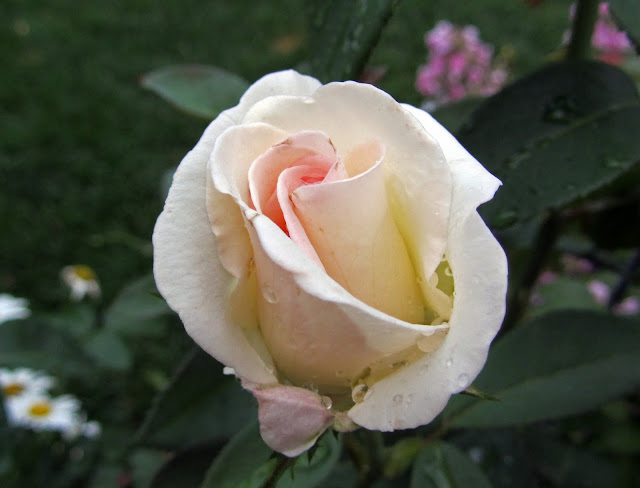 Pink Promise seems to have escaped the Japanese Beetles but it is battling rose midge.  I can barely keep up with all of the aliens in my garden.
Certain roses still have to be deadheaded to produce continual blooming, the Hybrid Teas, Floribundas, and some Shrub roses to keep them within bounds.  The Knockouts supposedly do not have to be deadheaded to produce flowers but I prefer to keep up with the dead blooms for appearance. 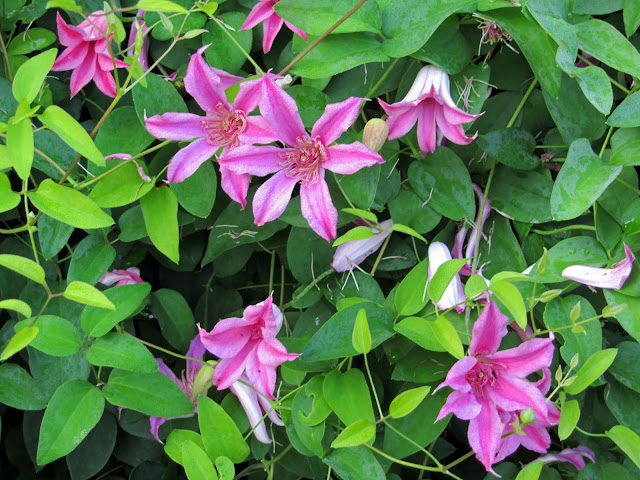 Duchess Of Albany is a later blooming clematis in my garden because it it along the fence that has the lilac peeking over from the neighbor's yard.  It is a huge clematis and I have often thought about saying goodbye to it, but this year it has sort of begged to stay on by being a bit more controlled. 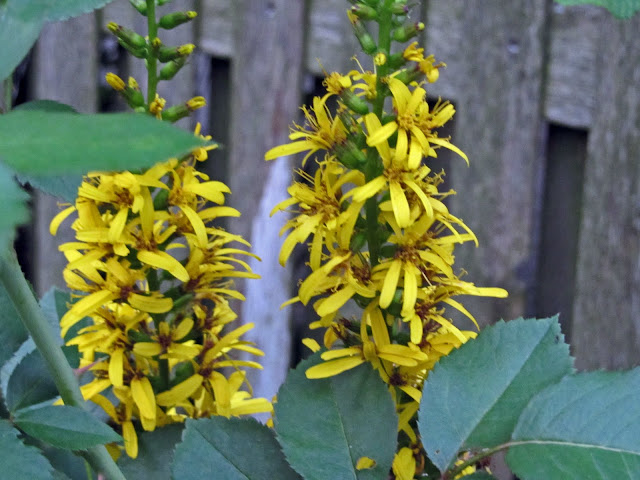 As we are saying goodbye to some of our early bloomers we are saying hello to others that herald the waning of summer.  This is Ligularia Rocket and comes up behind my sun plants in the back border. 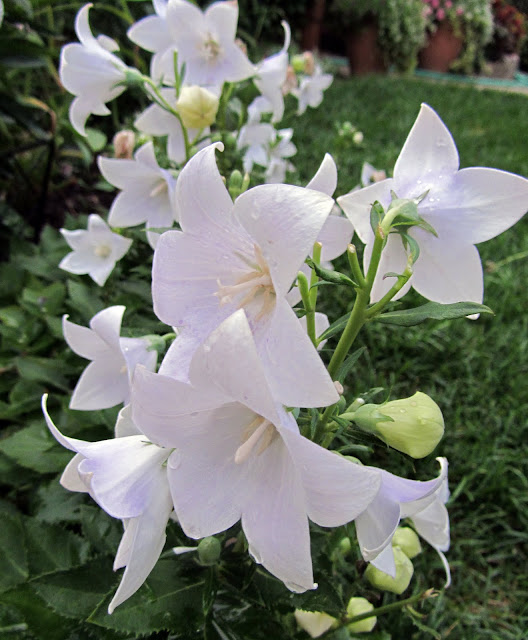 Platycodon is in full bloom below the island phlox and rose garden.  It is too large for the edge and may have to be moved so it doesn't fall over.  Oh, we love moving things don't we? 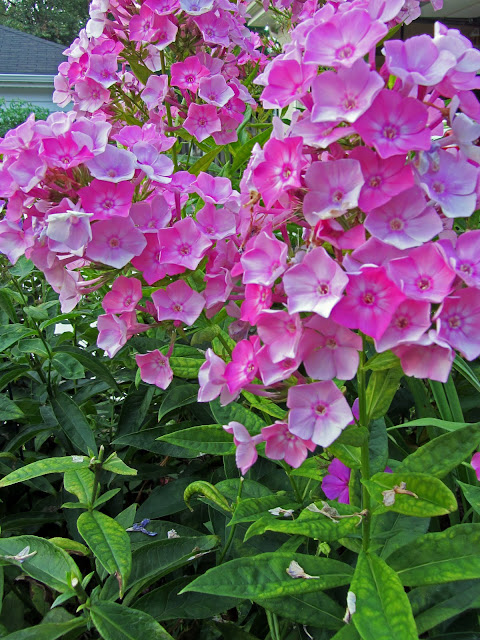 Volcano Pink Phlox with a white eye has taken over for Bubblegum Phlox, not as vivid but definitely acceptable as a replacement. 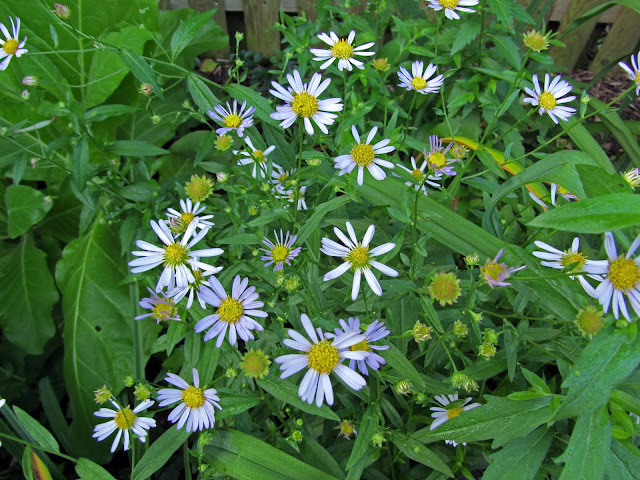 This plant certainly reminds me of fall, Boltonia Nana, earlier than the other Boltonias and smaller. 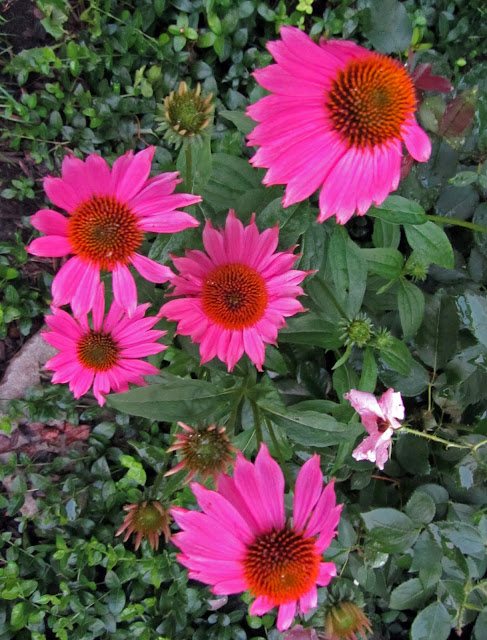 A beautiful coneflower and I do not have the name, don't think it is Kim's Knee High as I have this in another location.  It is pretty short only about fourteen inches high, help! 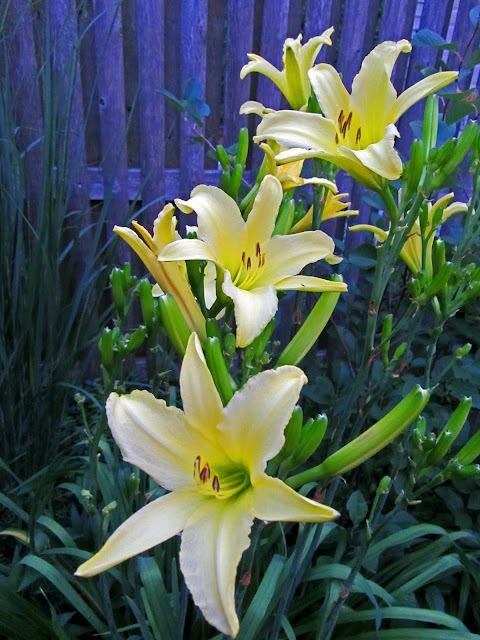 Tetrina's Daughter is a mid-season to late bloomer and is more yellow than the photo.  It is tall and slender about forty-eight inches in height. 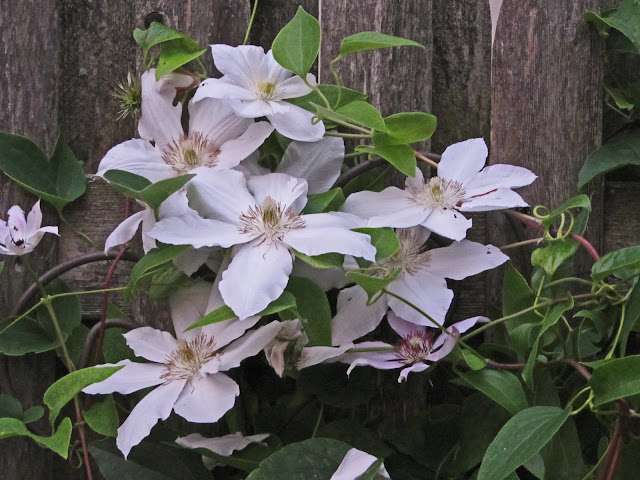 Miss Bateman is blooming later than usual but it is in  part shade and had been sheared down by the rabbits in the winter.

Posted by Gatsbys Gardens at Thursday, July 28, 2011 35 comments: Links to this post